The gallery of... Annet Gelink 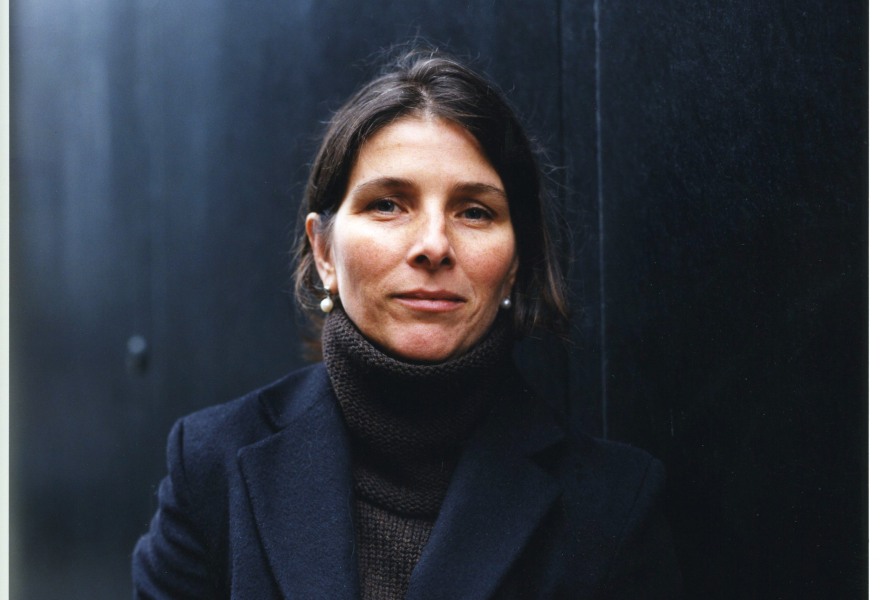 Annet Gelink. Foto: Albrecht Fuchs.
In the 'The gallery of…' section we talk to a host of gallerists from the Netherlands and Belgium: when and how did they start their gallery, what has changed in the art world since, what is their profile, what do they collect themselves, and what is the impact of the pandemic on their gallery? This week it’s Annet Gelink (Annet Gelink Gallery)

A little. My mother comes from a cultured family from Amsterdam where a lot of people listened to and played classical music. I went to concerts with my grandfather and with my parents we always visited museums on holiday in the south of France, such as the Fondation Maeght, the Picasso museum and the chapel of Matisse. My father was always curious about the world and could ask compelling questions about art: for example, he was a huge Anselm Kiefer fan, he had a certain feeling about it, then he went deep into that work, which was made against the background of the Second World War. He also bought Rita Ackermann, which he loved, from a befriended gallerist.
However, it was through my Uncle Jan and Aunt Jet, that I got really enchanted by art. They were collectors and bought a lot of Cobra among other things. Uncle Jan was a notary in Amsterdam and collected art with his wife Jet, who was involved in politics. He was on the board of the Cobra Museum, and as a notary saw many household effects. He also very fanatically collected vases by Brantjes.

I had become curious about the art world and in 1982 - together with my mother and a high school friend – visited documenta 7, of which Rudi Fuchs was artistic director. There I saw the 7000 oak trees project by Joseph Beuys (7000 Eichen), paintings by Gerhard Richter, installations by Joan Jonas and Donald Judd, photos by Cindy Sherman. You can't believe it when you see the list of artists that were there at the time, a total overview of all the big names. I was totally crushed and thought: I want to understand what these people have to say. I couldn't understand why that man had those trees planted. I had no idea. For me, art always is about something I don't understand and I want to know more about it.

Whats New tentoonstelling in the gallery, drawings exhibition with a Van Gogh tekening, 2004.

During my studies I did an internship with Maria Chailloux. She had an artist agency. That was very educational. For my graduation project I made an exhibition with her in the Gemeente Museum Arnhem with a French-Italian couple living in Bordighera, Italy: Rudolphe Banet and Anna Filangeri.
Then, through Rijksakademie students living in Dusseldorf, I came to work for an art edition publisher for which I came up with the name: Chaos editions. We made editions with Walter Dahn, Franz Erhard Walther, Jörg Immendorff etc. In 1991 I met Diana Stigter, and in 1992 we founded Bloom Gallery together. Those were interesting years in which a lot happened and everything was still very innocent. The Annet Gelink Gallery started in 2000, in the building where we are still located today, a fantastic space where we have already made 133 shows! My team is of great importance: my gallery director Floor Wullems, who has been working with me for 20 years, is my great support. We talk a lot about the development of the gallery and the artists, which is very important to me. Nadine, Estelle, Boyd, Giovanni, Koen and Wouter are also indispensable to guide the artists we represent as best as possible in their careers. I also have had a mentor for years: Marc Blondeau, a legend in the international art world.

Founded in 2000, the gallery has focused on the work of ground-breaking artists in a variety of media. The primary aim of the gallery is to show new trends and young talent, focusing on both Dutch and international art. The gallery's project space, The Bakery, serves as a springboard for young and emerging artists.

The fact that I am working with something that surprises me on a daily basis, because art is vital to me. Especially the development of the artists we have been working with for years and who we have exhibited for the first time – such as Yael Bartana, Ryan Gander, David Maljkovic, Meiro Koizumi, Sarah van Sonsbeeck, Antonis Pittas and Sarah Pichlkostner. It makes me very happy and proud to go through all this with them. Also representing the legacy of Ed van der Elsken and Robby Müller is a great gift.
I was moved by Yael Bartana's retrospective exhibition in Berlin spanning a period of twenty years, in which I was also involved. At Wiels, on the other hand, Erik van Lieshout’s retrospective made me laugh. I have been working with Van der Elsken for 25 years, already during Bloom Gallery, and I was especially proud of the large overview in the Stedelijk Museum in 2017 and recently, in the Rijks.

With Metro Pictures, which was founded by two women – it sadly just closed its doors. I was looking for a gallery in New York for David Maljkovic, and they gave me the impression that even though they were working with really great artists, they weren't just in it for the money, but rather for the art. They had a lot of artists that I wanted to show, like Longo, Kippenberger, Daniels, Sherman. I have known Friedrich Petzel for twenty-five years, we started around the same time; he represents Yael Bartana and Rezi van Lankveld. Collaboration is also about what you allow each other, how you advance the artist's career together instead of working against each other.
I am also a fan of Greene Naftali. We started working with video artist Steffani Jemison two years ago. He will be in a show with us in November; I know her through shows at the Stedelijk and De Appel. She did not yet have a gallery in Europe, but she had been admitted by many institutions in America, but collectors were not yet aware of her work. Greene Naftali is going to do a show that opens in a few weeks. It will feature both older films that have already been shown here in Netherlands and new works.
In addition, we share artists with galleries such as Munjin-To Production, Taka Ishii, Anton Kern, Howard Greenberg, Kurimanzutto, Tanya Bonakdar, Corvi Mora, Sprüth Magers, Massimo Minini, Case Chiuse Paola Clerico, Lehmann Maupin, Esther Schipper, Lisson Gallery.

Anyone entering the gallery should be surprised. I don't have a specific preference for genres, so the list includes names – Bruce Nauman, Joan Jonas, Alice Neel, Rineke Dijkstra, Marlene Dumas, Steve McQueen, Alberto Giacometti, Joan Mitchell, Matthew Barney. and so Sarah Sze – all genres.
I work with people who add something to my vocabulary, who surprise me, therefore the genre doesn't matter. I'm looking for the feeling Keith Jarret gives me when I listen to his Köln Concert from 1975. I can always listen to it, because I keep hearing something different. Or, as my glass man always says, "Making the invisible world visible."

The art world has become much more conservative. People are scared right now, which isn't odd considering what's happening in the world. I see that at the art academies too. There is little room for experimentation, because it is not sold, people want safety. At this edition of Art Basel, 80% of all works on displays were paintings, which are once again causing a furore.
Time goes too fast for a proper development of art. Everything needs its time. For example, Maljkovic said when the pandemic started: I don't want to exhibit now, I just want to paint. He has really focused on his art, not showing it in the gallery or on Instagram. People want everything too fast, and they want too much. Due to the swipe culture on Instagram, people’s attention span has changed, it has become shorter. They have no rest for things anymore. Fortunately, because of Corona, there was time to look and listen carefully.

For this too goes: all genres. I always buy at the beginning of an artist’s career, otherwise I won’t be able to afford it! And I've bought a lot of work from my own artists, and a lot of video work. Also: John Bock, Diane Arbus, Douglas Gordon, Steve McQueen, Harmony Korine, Rita Ackermann, Thomas Bayrle, Rineke Dijkstra, Jon Pylypchuk, David Shrigley, Josh Smith...

Yes, we've had a lot of time to think about doing things differently. Extensive traveling was totally unhealthy. We are now investing in our online platforms and in exchanges with foreign galleries. Due to the peace that had arisen, we have more room to go back to the content, and to deepen our contacts with our artists and collectors.