In his practice, Ryo Kinoshita focuses on the qualities of painting by investigating its materiality and relation to sculpture. The difference between the two classical painting carriers paper and canvas form a starting point, leading to the understanding that the structure of the canvas fabric, as opposed to dense paper, is permeated with gaps. It is this permeability that opened up the medium of painting for Kinoshita. In his painting process, the sensory, and more specifically the haptic quality of the material consequently plays a central role.
Kinoshita’s recent attention for the significance of the painting carrier influenced his perception of the material. His interest shifted from the material applied to the canvas, to the canvas itself, perceiving the canvas not just as a surface but rather as a porous layer through which the colours can move from front to back and vice versa. This movement connects the space in front of the work with the space behind it, extending the painting into the sculptural. 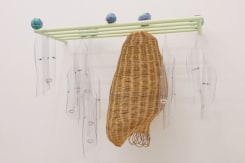 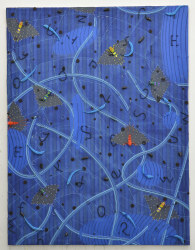 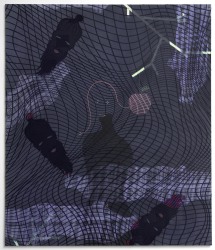 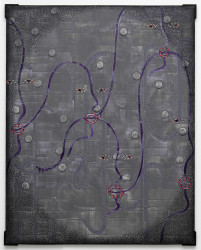 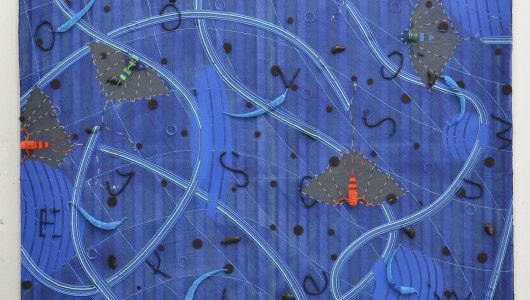 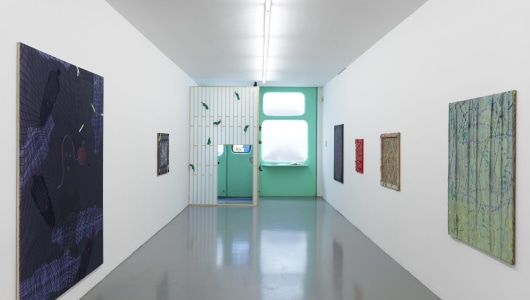