The photographs of Belgian photographer Wouter Deruytter offer us a view into worlds not usually opened to us. Always on the lookout for adventure, he likes to see himself as a modern day Tintin, photographing his experiences along the way. Through his lens we get to look inside cultures as diverse as the New York drag scene and the life of wealthy oil sheiks behind their palace walls. In his photographs Deruytters tries to find both the extreme and the intimate of these private communities. He tries to tell us that it is possible to exist outside the grand happening of things, that although always changing, people can live outside the times they live in.

His photographs of rodeo cowboys in America make this abundantly clear. These cowboys show us a world thought (even by themselves) te be long gone. Deruytter isn't purely historical or even nostalgic in his choice of pictures, he also tries to show the clash (or cooperation) with modern times. Being a real travelling reporter, he wants to show the noble and the tragic side of folklore. He looks for the balance between the theatrical and the real in a culture that feels unreal itself. Through these rare peeks into the lives of eccentric people we can vicariously feel adventurous ourselves.
Artworks
Media
Highlights
Recommendations
Collections
Shows
Market position
CV 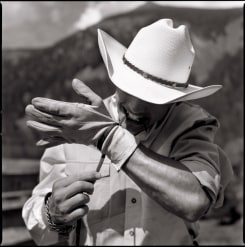 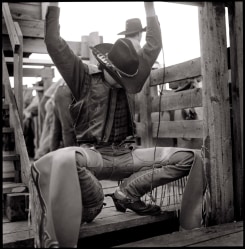 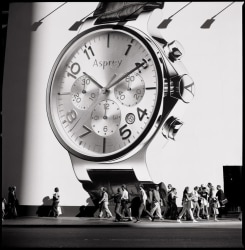 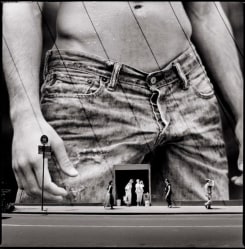 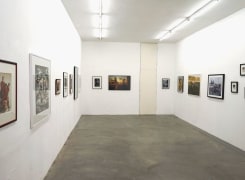