The struggle between the figurative and abstract

Melle Daamen has a great track record in the Dutch art world. He was the founding director of the Mondriaan Fund, director of Stadsschouwburg Amsterdam and Theater Rotterdam. Wherever Melle is, there is room for innovation and for original ideas and opinions. For example, he’s not fond of (the typical Amsterdam) obedient talk, neither does he like "l’art pour l’art". Damen adds: "Art without an audience remains introverted and does not communicate anything". He’s happy to be an iconoclast as long as the atmosphere remains good and social interest is paramount. He sat on the Council for Culture for eight years, regularly publishes in the NRC-Handelsblad and is a member of the European Cultural Parliament. According to Damen, art is not a visually pleasing image: "With good art there is work to be done."

As far as I am concerned, the most fascinating period in the visual arts lies at the beginning of the last century. Artists struggled between figurative and abstract. They invented the phenomenon that abstraction can have as much expressiveness as figuration. Artists such as Picasso, Picabia, Brancusi, Malevich, Matisse and Mondrian, it seems, passed effortlessly from one to the other. Their oeuvre is not dominated by a development from figurative to abstract. They were concerned with the expression of something that sometimes turned out figuratively and at other times abstract, or something in between. Take, for example, the 'egg' by Brancusi, which is part of the collection of the Kröller-Möller Museum, versus his elongated bronze portraits that can be found in almost every modern art museum. You can still see this struggle between the figurative and the abstract in the work of some contemporary artists, also in the Netherlands. 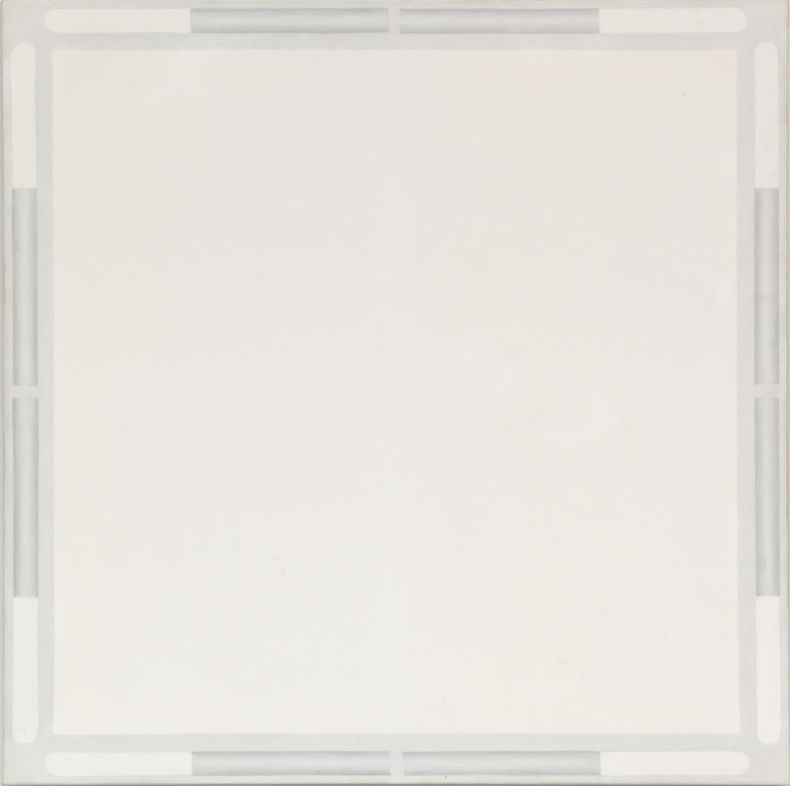 4 Media items ᛫ 8 Available artworks
2 Shows ᛫ 0 Highlights ᛫ 0 Recommendations
Jan Roeland (1935-2016) was the kind of painter who managed to simplify everyday objects such as envelopes, knives, hammers, tables, to such an extent that they became almost abstract. The geometric and the pictorial came to the fore strongly in Roeland’s work. I am thinking of "Composition with 8 knives" where you do not immediately see that it actually concerns knives. "You only see it when you realize it," to paraphrase Cruyff once again. Due to the strong schematization and simplification of the depicted objects, the work is both figurative and abstract, and sometimes looks somewhat laconic and humorous. 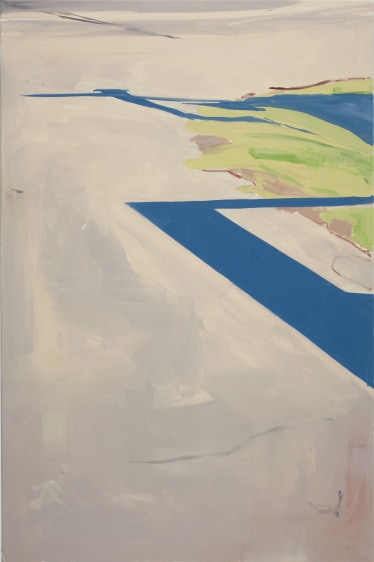 1 Media items ᛫ 16 Available artworks
2 Shows ᛫ 0 Highlights ᛫ 2 Recommendations
In the video 'Hamptons', which accompanies his solo exhibition 'The Beginning' at Ron Mandos, Koen van den Broek talks about the creation of the eponymous painting in his Williamsburg studio. To escape the heat of the city, Van den Broek made a trip to Long Island where he made many photos that formed the starting point for a series of paintings. The paintings refer both to the abstract expressionism of artists such as Mark Rothko and Willem de Kooning - known, among other things, for their large colour fields- and, to the reality of the American landscape with its endless roads and bridges, parking spaces and road surfaces shimmering in the heat. By emphasizing the shadow of a tree or a crack in the surface of a road, the attention shifts from the object to a detail of it, which is, as it were, abstracted and stripped of its original context and meaning. 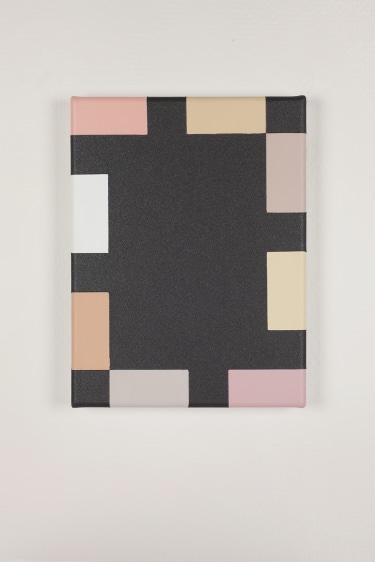 0 Media items ᛫ 11 Available artworks
1 Shows ᛫ 0 Highlights ᛫ 1 Recommendations
Although Boogaard’s paintings are abstract with an emphasis on colour and composition, the titles seem to refer to a figurative subject. The slanting brightly coloured lines entitled 'Ribbon parade', 'Orange cake' consisting of eight different shades of orange or the graphic 'Skincare', which presents different skin colours from white and yellow to pink and brown to black, suggest something you do not see as such. The title interprets the abstract image, which suddenly seems less abstract. By using language, Boogaard creates a wonderful play between abstraction and figuration. 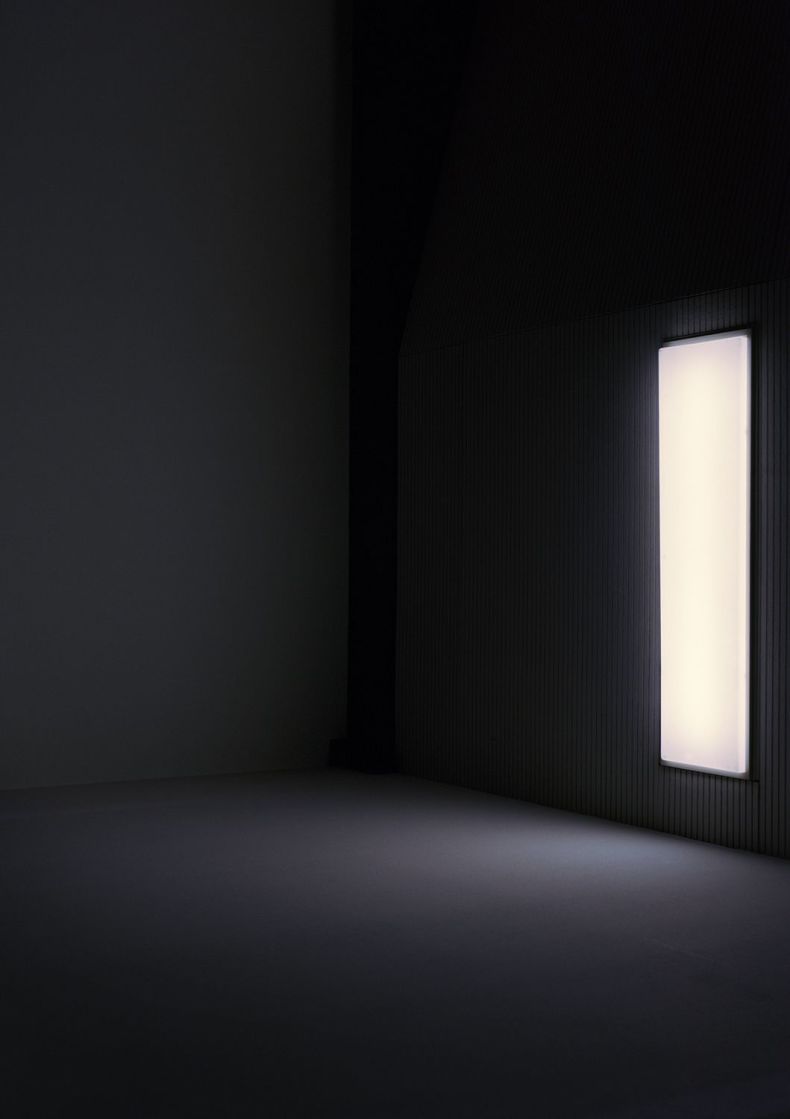 7 Media items ᛫ 53 Available artworks
6 Shows ᛫ 8 Highlights ᛫ 6 Recommendations
Satijn Panigay understands the art of expressing real emotions such as loneliness and fear, anticipation and resignation through an abstract play of light and dark. A light shining in a corner, a white spot on a wall, a doorway. It isn’t so much what you see, but it is the way it is presented through a specific use of light and dark that triggers the sensation of tension or stillness. The Afterglow series is a good example of a series of - almost - abstract photos in which the emptiness seems to emphasize the absence of people. Some places are reminiscent of a parking garage or a basement, but the abstraction almost invariably beats the figuration, the same way the atmosphere overrides the plot. 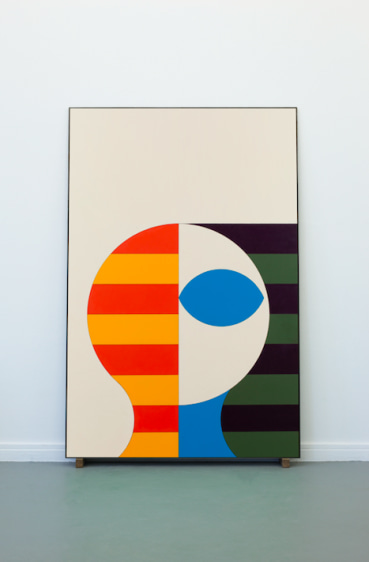 Thomas Raat
0 Media items ᛫ 0 Available artworks
0 Shows ᛫ 0 Highlights ᛫ 0 Recommendations
Like me, Thomas Raat clearly has a predilection for the progressive art movements in the first half of the 20th century such as De Stijl. He grew up in Leiden on the same street where Theo van Doesburg had his studio at the time. In his work, Raat seems to 'soften' the radicalism of the Modernists by breaking the many rules that characterize this art movement - for example, only primary colours were allowed and Mondrian thought that even diagonal lines did not go far enough - making them more accessible and playful. Raat’s patterns are reminiscent of those of the Modernists, but he plays with them and sometimes choses to add figurative elements or apply them to pieces of furniture. 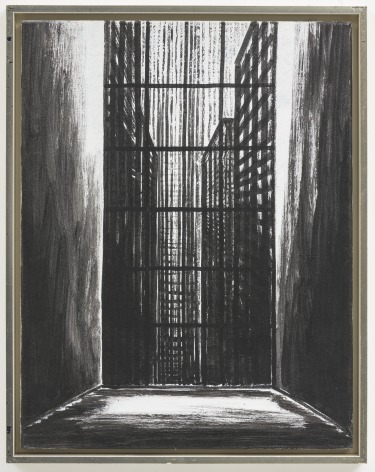 1 Media items ᛫ 10 Available artworks
6 Shows ᛫ 0 Highlights ᛫ 0 Recommendations
When I think of Henneman, I mainly think of the top on the roof of the Tax Office along the western section of the A10 ring road. That is not for sale, because it was commissioned at the time. Fortunately, the work XXX is available and handy. His "standing drawings" are, as it were, steel line drawings - Jeroen calls himself a "line man" - with the air as its carrier. His geometric figures are often minimized images of existing and everyday objects like a lamp or a box, but also of faces or something fleeting like a kiss... 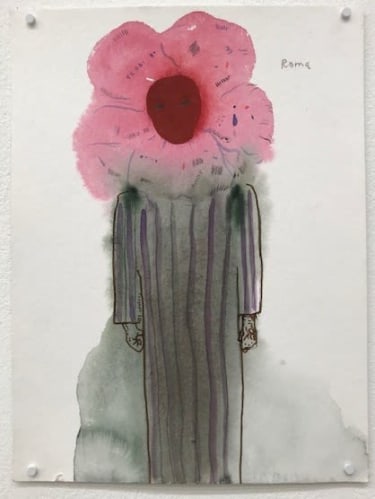 2 Media items ᛫ 24 Available artworks
2 Shows ᛫ 1 Highlights ᛫ 0 Recommendations
Russian artist Natalia Pershina-Yakimanskaya operates under the name of Gluklya. She’s capable of visualizing social issues in an alienating way. That is to say, she presents themes or events from reality in a surreal or unreal form. This work is part of a series of watercolours of existing figures with flower heads. The work is about the Belgian colonization of Congo, but that is not clear from the work itself.

0 Media items ᛫ 16 Available artworks
1 Shows ᛫ 0 Highlights ᛫ 0 Recommendations
The abstract forms in most of her paintings refer to concrete subjects, events or processes that concern her. At the same time, they are purely abstract paintings in which formal aspects such as colour, form and composition are central. With her radical colour fields, Loes' paintings are reminiscent of those of the American abstract expressionists – of the hard-edge variety –although her work is much more personal. She paints from a certain feeling and chooses a limited number of colours ("colours should be a little abrasive") and shapes. In this way she forces herself to stay at the core. 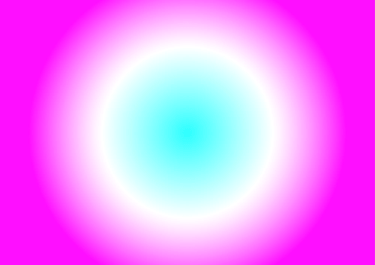