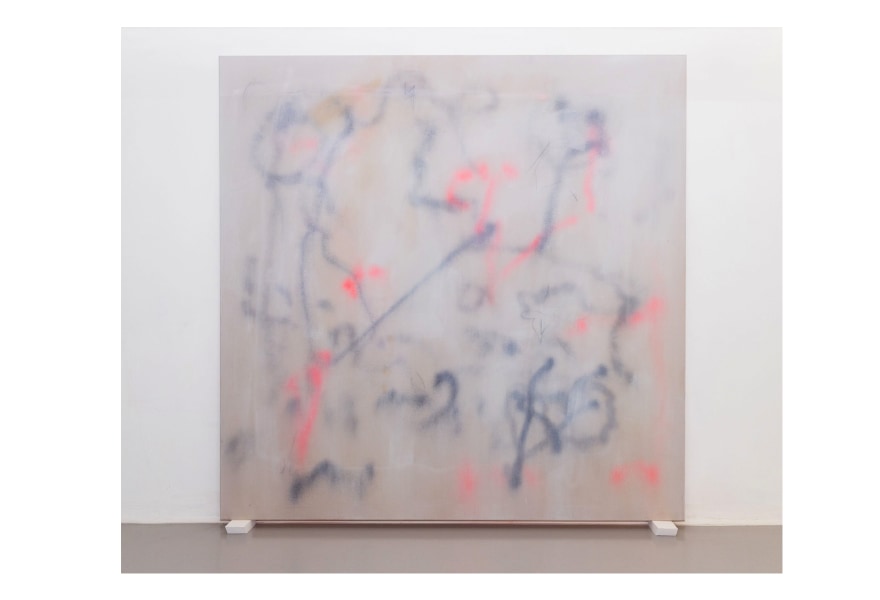 Artist collective Dead Darlings is organizing an online charity auction, the proceeds of which will go entirely to W139, the project space on Amsterdam's Warmoestraat. From 12 to 14 February until 6 pm you can bid on anonymous works of art from both up-and-coming talents to household names. There will also be a marathon broadcast of the talk show Stampa under the title The Love Marathon this Valentine's Day from 12 noon to 8 am, in which the auction will also be discussed.

W139, the last project space in the Amsterdam’s city centre, missed out on a multi-year subsidy from the Amsterdam Fund for the Arts last year. As a result, the art space has to be largely self-sufficient since the turn of the year and is now facing a budget gap.

At the beginning of December, various museum directors, including Rein Wolfs (Stedelijk Museum), Ann Demeester (Frans Hals Museum) and Bart Rutten (Centraal Museum), protested in vain against this decision in an urgent letter in Het Parool. According to them, W139 acts as "an incubator for art". The project space fulfills an essential function in the fine-meshed Amsterdam and Dutch cultural ecosystem. They we all be joining Stampa’s Gover Meit (a.k.a. Stefano Keizers) and Sacha Bronwasser to discuss this issue.

Auction Love for Sale: Everything must go?
Under the title Love for Sale: Alles moet weg? the Dead Darlings collective is organizing a charity auction. All works submitted by artists are auctioned anonymously, allowing bidders to bid on a lot they like, rather than on an artist or their reputation. The starting bid is 50 euros. W139 can’t complain about the number of entries, says Jeroen de Smalen of W139: “The community is very much engaged in this, partly because W139 is a place where artists can initiate exhibitions themselves. We have had almost 200 entries and not only from the Netherlands, but also, for example, from Italy and Germany”.

Participating artists
For art collectors, this auction is an excellent opportunity to buy great art at a reasonable amount and support W139 at the same time. GalleryViewer got a preview of the participating artists. (The artworks in this article are not part of the auction). Below we highlight 5 of them:

Koos Buster makes decorative plates about his annoyances, about people and things he doesn't like. In this case referee Gianluca Rocchi. The Italian referee to send as many as two Ajax players off the pitch during the Champions League match Chelsea-Ajax, at a 1-4 score. It was a miracle that it ended with a 4-4 tie, because Rocchi controlled the course of the match. According to Buster, we all watched the Rocchi show. 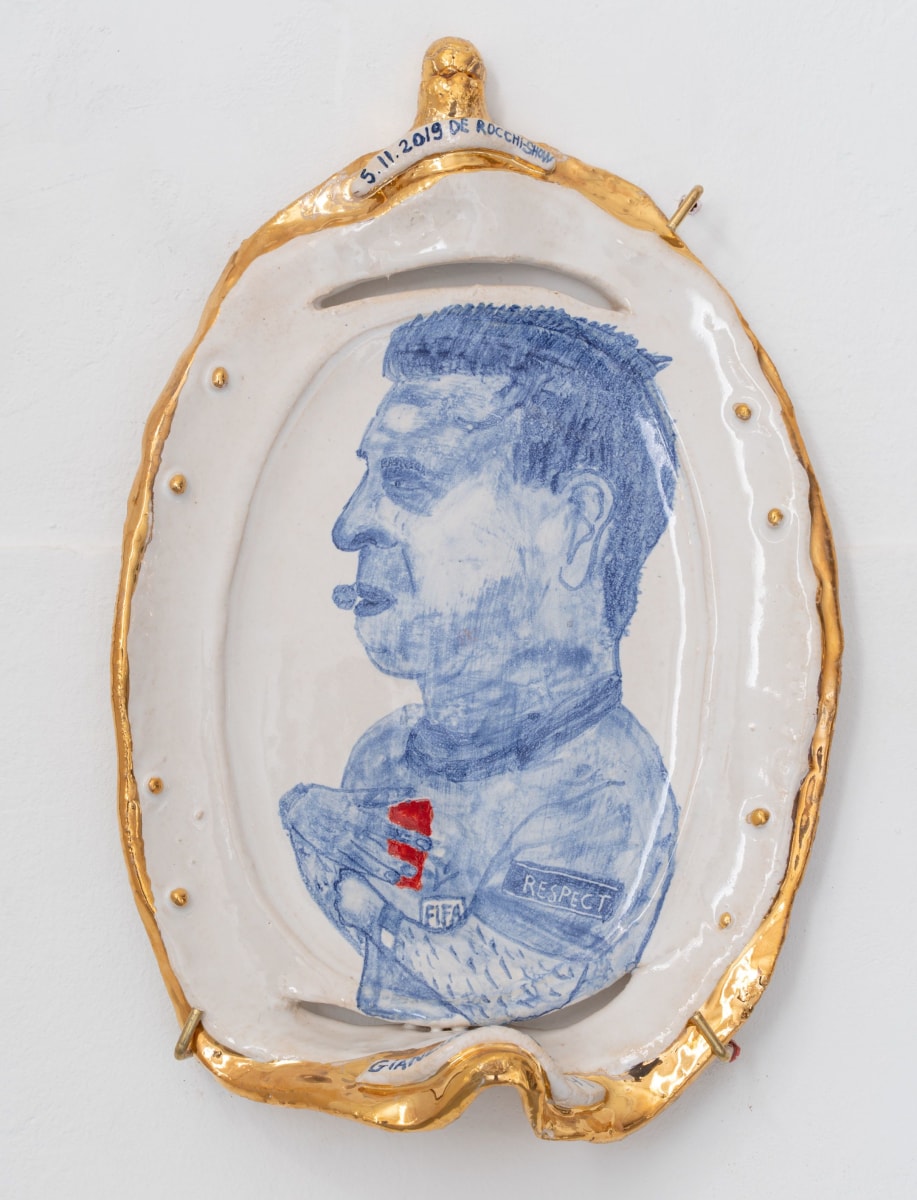 Making a collage seems simple, but looks can be deceiving. Making a good collage is a profession in itself. Try it yourself and you will realize how clever the work of Ruth van Beek is. She is the uncrowned queen of collage. By folding, cutting or adding pieces of painted paper to photos, Van Beek rearranges and manipulates the image just enough to disguise the universe it once contained. 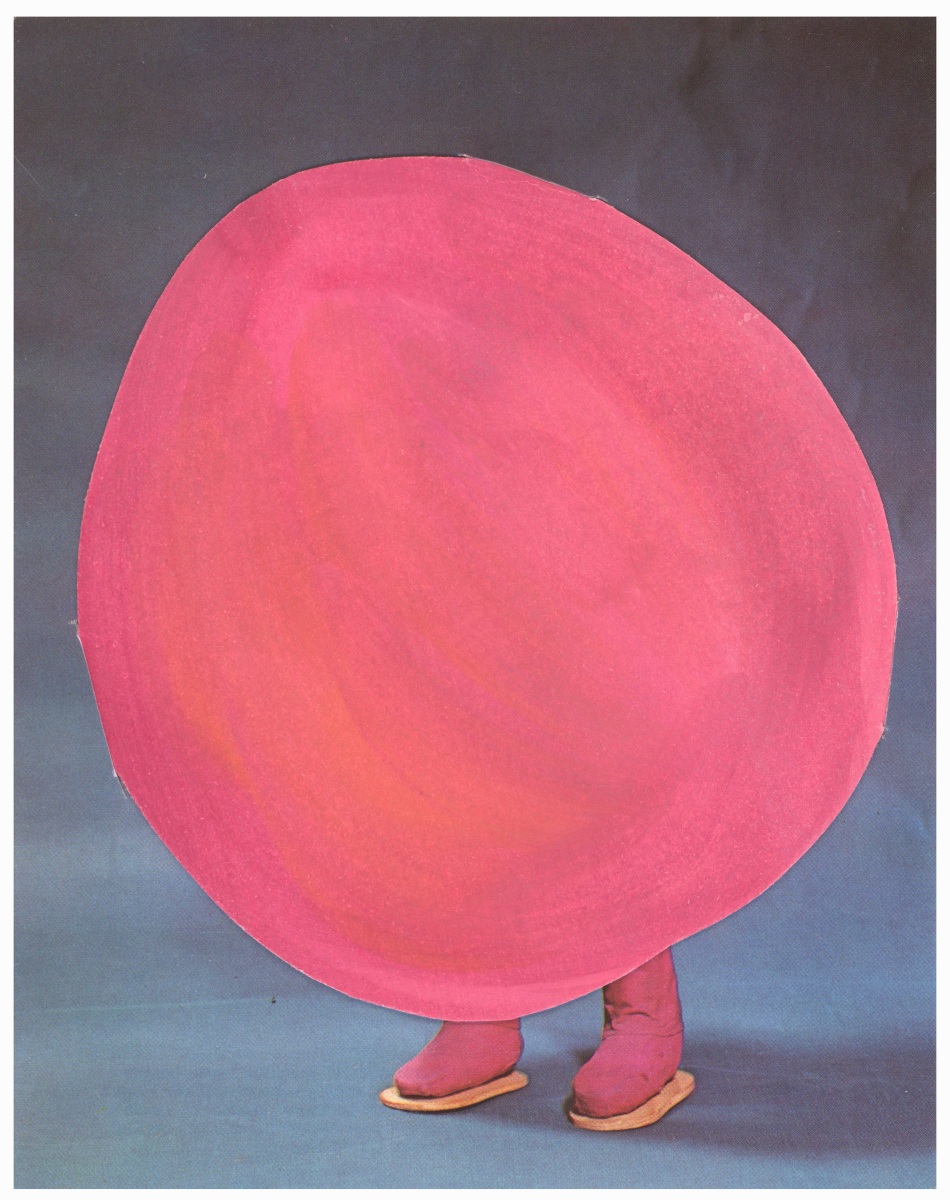 This photo is Uta Eisenreich to a tee. Her stylized still lifes subtly deceive the viewer. At first glance, nothing odd seems to be going on, but it won’t be long before you get the feeling that something isn’t right. It takes a while to realize that the shadows are not the same size everywhere, but until then confusion reigns. 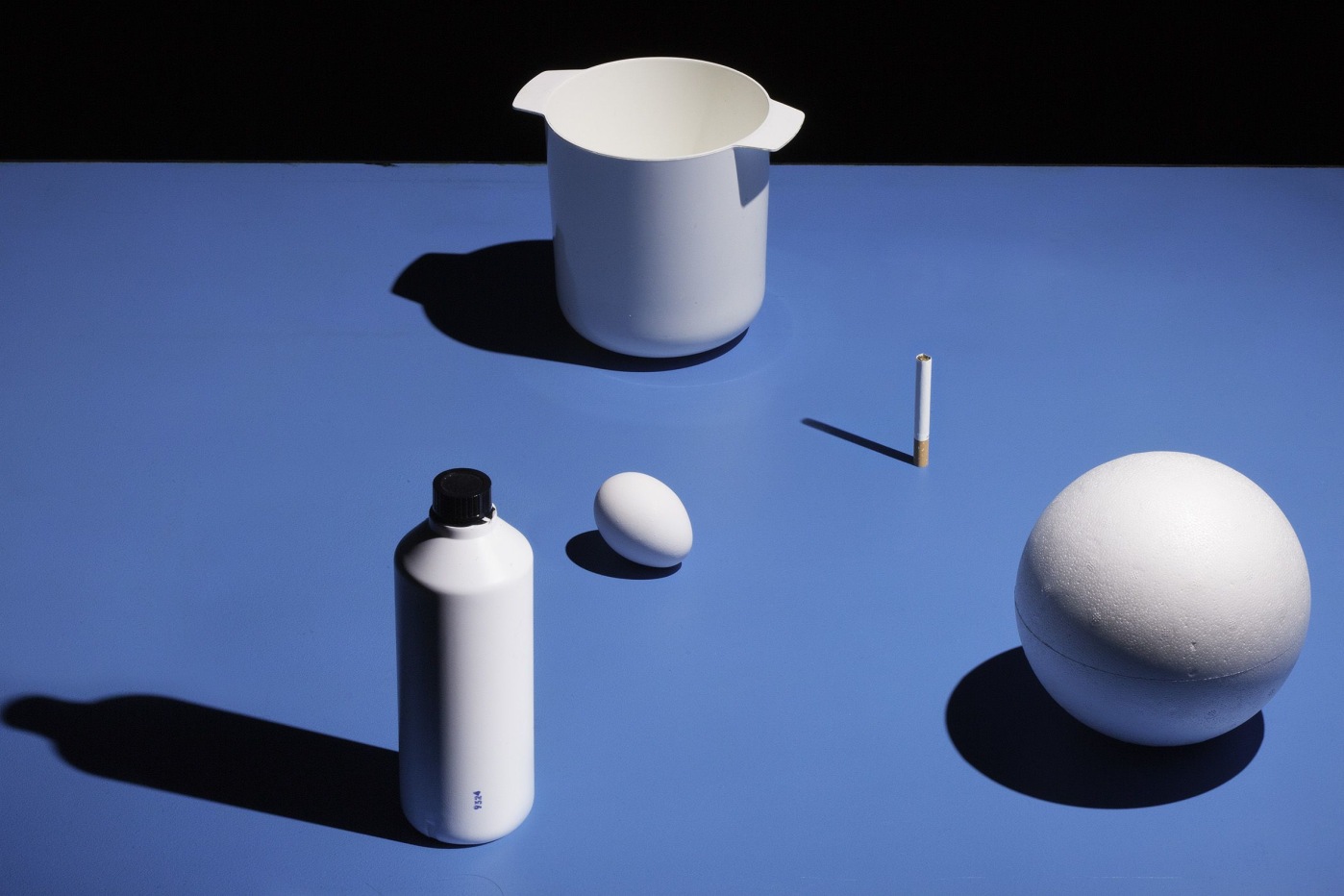 The work of painter Kaspar Dejong currently attracts a lot of attention. Dejong graduated from the Willem de Kooning academy in 2017 and his abstract works are now part of many corporate collections. Dejong is fascinated by everyday images and symbols, which he deconstructs with acrylic paint and spray paint in such a way that they lose their original meaning and can be questioned again.

Jeroen Jongeleen uses Geen Stijl-comments about contemporary art as source material for his work. As Geen Stijl is weblog that publicizes sharp opinionated pieces focused on news, topical events and politics, this may sound like a bad joke, yet it is valuable to unite these two worlds in one work. The Geen Stijl comments are mainly about the public funding of contemporary art, which has supposedly created a patronage system that diminishes creativity rather than promoting it. Jongeleen sprays these quotations on the sterile, minimalist surfaces of his works to draw attention to public ideas about contemporary art. 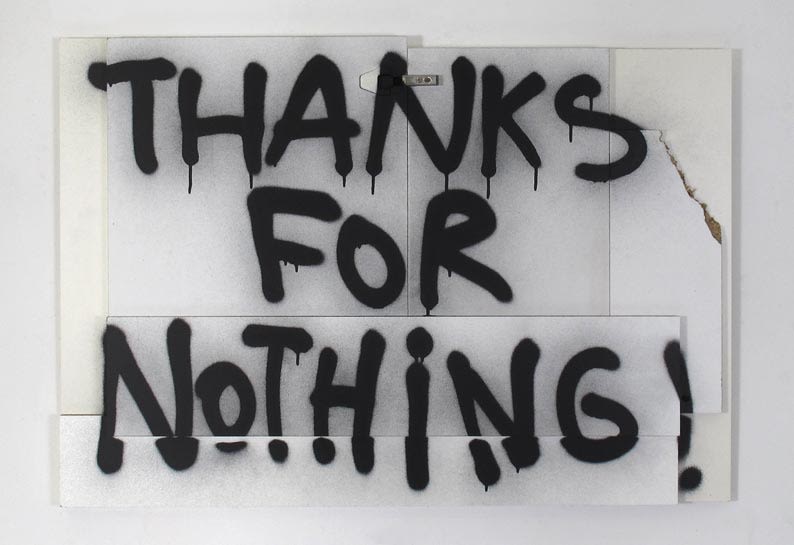 Stampa | 14 February | 12–20 hours
The talk show takes place in the shop window of W139 and can be seen from the street and online via Stampa's YouTube channel.