What is Emerging Art? 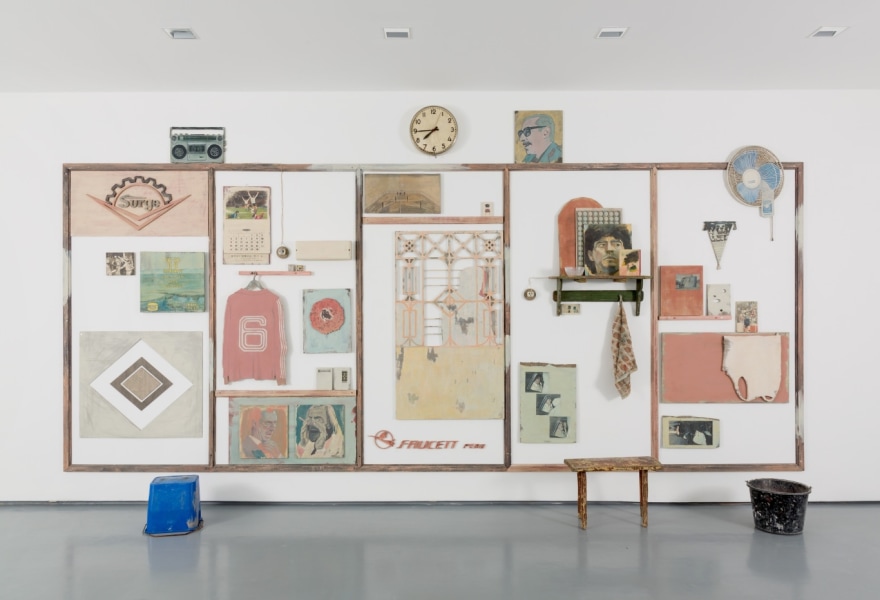 Like any other market, the art market has its own jargon. However, the art market has terms that are not always as clear as one might hope for. Most often you hear terms indicating the status of an artist. An artist's career path can be divided into the following categories: Upcoming, Emerging, Mid-career of Established and Blue Chip. A rather arbitrary distribution that is often used randomly, especially when sales are involved.

The meaning of the terms is flexible and not bound by any rules. Moreover, the art market is an international market, so the terminology is often English, which in turn can lead to additional confusion outside the English language area. So, high time for more clarity about this on the basis of artists under the age of 40 represented by Dutch galleries.

The choice to only discuss the younger generation has to do with the fact that the terminology mainly relates to artists who still have a long path ahead of them and whose future is therefore still unpredictable. We chose artists who live and work in the Netherlands, so that there is a good chance we can see their work frequently and easily follow the artist’s development. Upcoming indicates that an artist is at the start of his career. There is also a prediction hidden in the term, namely that it will mainly go “up” and is therefore worth following. In general, these are young artists who have just graduated or are even following a (post-)master's degree, but have already generated above-average attention.

A prime example is Frenchman Kévin Bray (1989), who completed his education at the Rijksakademie last year and had his first solo exhibition at Galerie Stigter Van Doesburg in early September. His work is characterized by a virtuoso use of various media within one work, creating surreal looking collages. Bray has a very distinct and recognizable style, which fits well in the spirit of the times due to his playfulness and apparent ease with which he makes use of the contemporary technological possibilities.

The use of a particular medium alone is not enough for the predicate upcoming. It is about the skill with which the medium is used and the balance that is achieved in shaping the format (the idea).

Arturo Kameya (1983) uses painting in a unique way. His art immediately stands out for its well-considered and balanced combination of format and execution. Kameya takes his own origin Peru / Japan as the starting point for his research into (historical) political issues and their consequences. Kameya combines separate elements and recognizable products from society that tell the story together. He paints them in pastel shades on canvas and panel, which are first provided with a layer of plaster. This result in beautiful fragile works, shown in combination with his installations of found objects. His first solo show at Grimm Gallery was of museum quality and, even without being aware of the message, a feast for the eyes. Kameya is currently in his final year at the Rijksakademie. 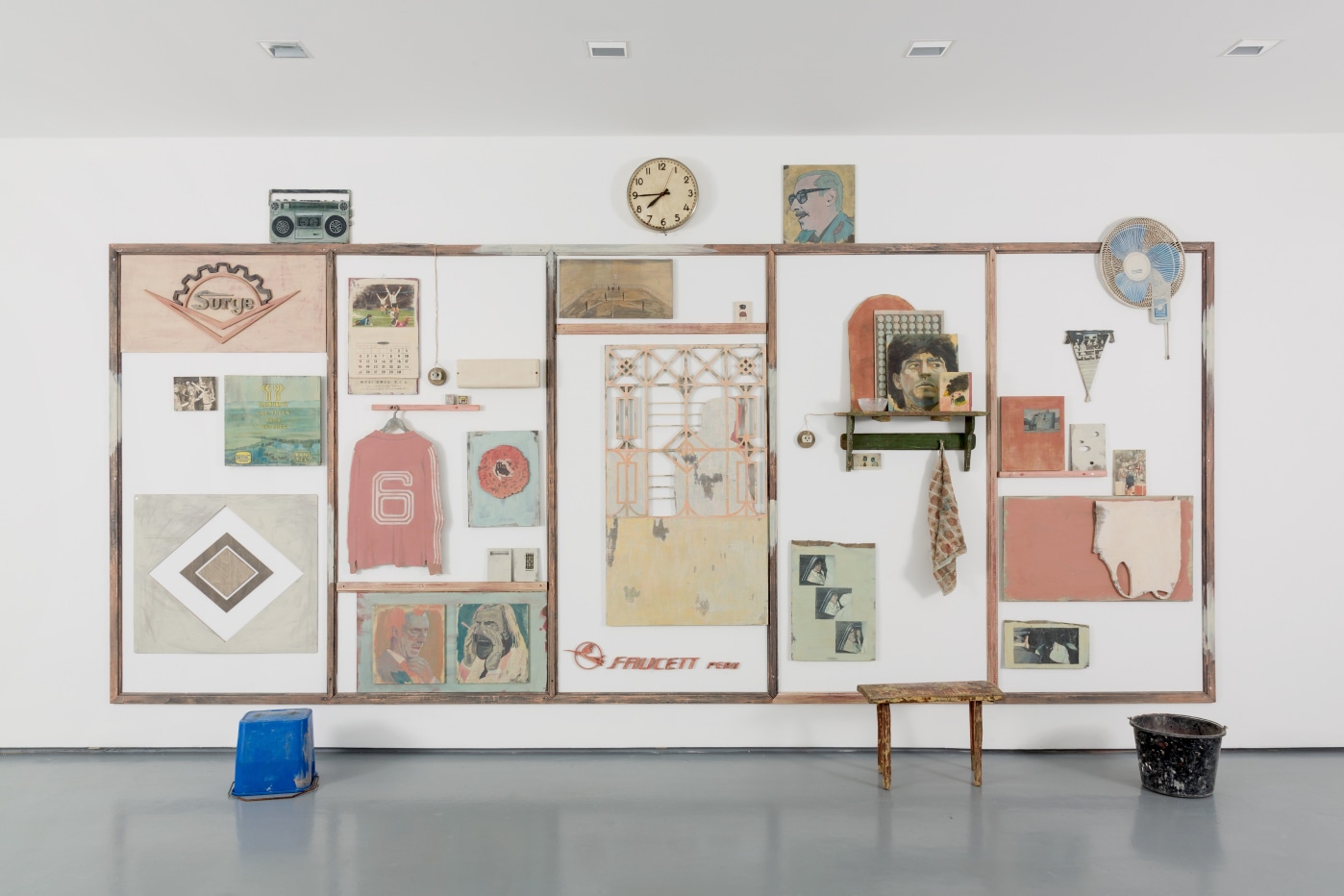 Janine van Oene (1988) is a painter pur sang. Not an innovative medium in itself, but her characteristic powerful brushstroke definitely is. Janine's original training as a graphic designer in combination with the follow-up at De Ateliers resulted in a completely unique visual language. She abstracts images from our collective memory, such as pictures from cookbooks, for example, patterns of tablecloths and curtains, fruit and vegetables and combinations thereof. Without the origin being immediately clear, it gives the viewer the sensation of a certain recognition. Van Oene plays a prominent role in her generation of painters in the Netherlands. She has since won many prestigious awards and her sales exhibitions are often sold out. 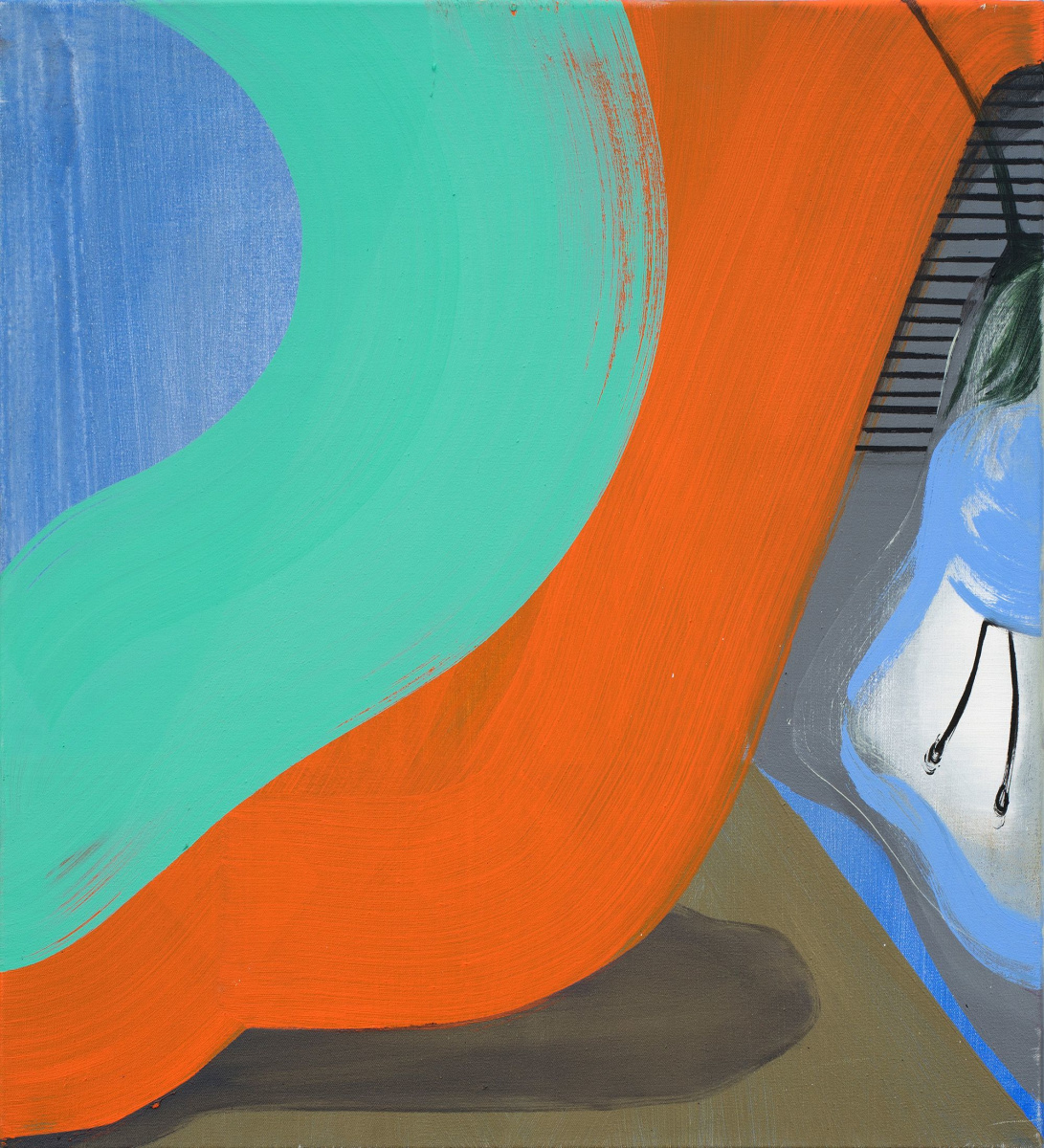 In addition to a signature style, translating the spirit of the times or questioning elements thereof can be another important part of an artist's work.

Good examples of questioning the status quo are Wouter Paijman's “ready-to-wear paintings”. These are made by incorporating the basic pattern of, for example, hoodies into a stitched collage of fabric and added embroidery and then framing it as a painting. This creates a stylized but also alienating image in which design, fashion and visual art intertwine. Paijmans (1991) produced the prototype for this series in ten hours, without a break, in a sweatshop he had set up himself. Posing the question where the boundary lies between an autonomous work of art and a work produced for the market. But it also tells about the relentless urgency that an artist feels to create new work and the pressure of the market. Annet Gelink Gallery organized a sold-out exhibition in 2019. That same year, his work was shown in the De Pont museum in Tilburg. 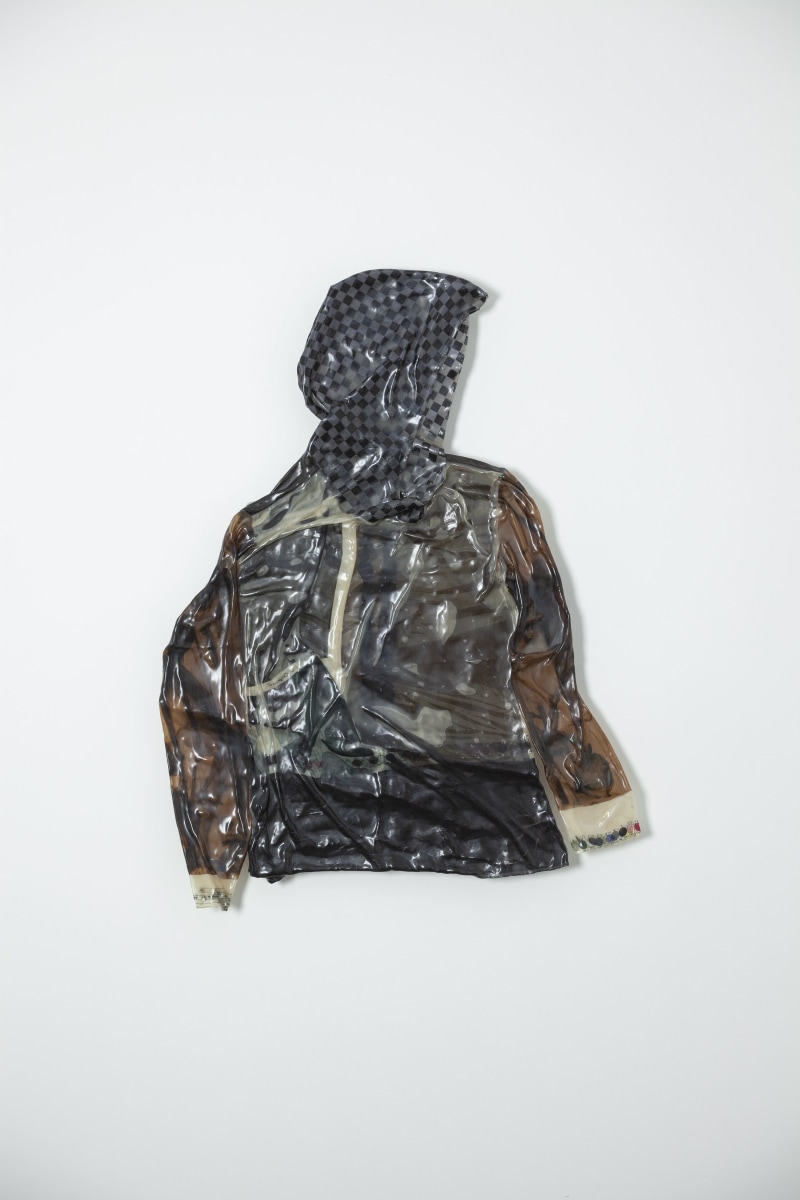 Creating a recognizable style, also known as signature, is one of the determining factors for the path that the emerging young artist will walk. In the first instance, this is a quest with many experiments and trials and accompanying failures. But once such a signature has been found and the artist becomes increasingly experienced in shaping it, the next step within the art hierarchy comes into view. This involves a visible balance in the application of components that make up a work of art, such as format, technique and representation.

We speak of an emerging artist if there are not just successful gallery shows, but also if there’s growing recognition from renowned institutions and professionals, such as museums, art centres, journalists, curators and art collectors. This group of artists is increasingly distinguishing itself from the crowd. In other words: they are worth following and the term is often used in the art market to indicate that a purchase is now definitely value for money. After all, you never know how quickly prices will rise.

Robin de Puy (1986) is a good example in photography. For her, the camera is the eye with which she records the lives of others in whom she recognizes herself. She tells her own story, as it were. Characteristic are her images of exceptional and often vulnerable people in their own environment. Robin has now exhibited her unique photo series both at home and abroad, with her work also being purchased by leading museums and private collections. 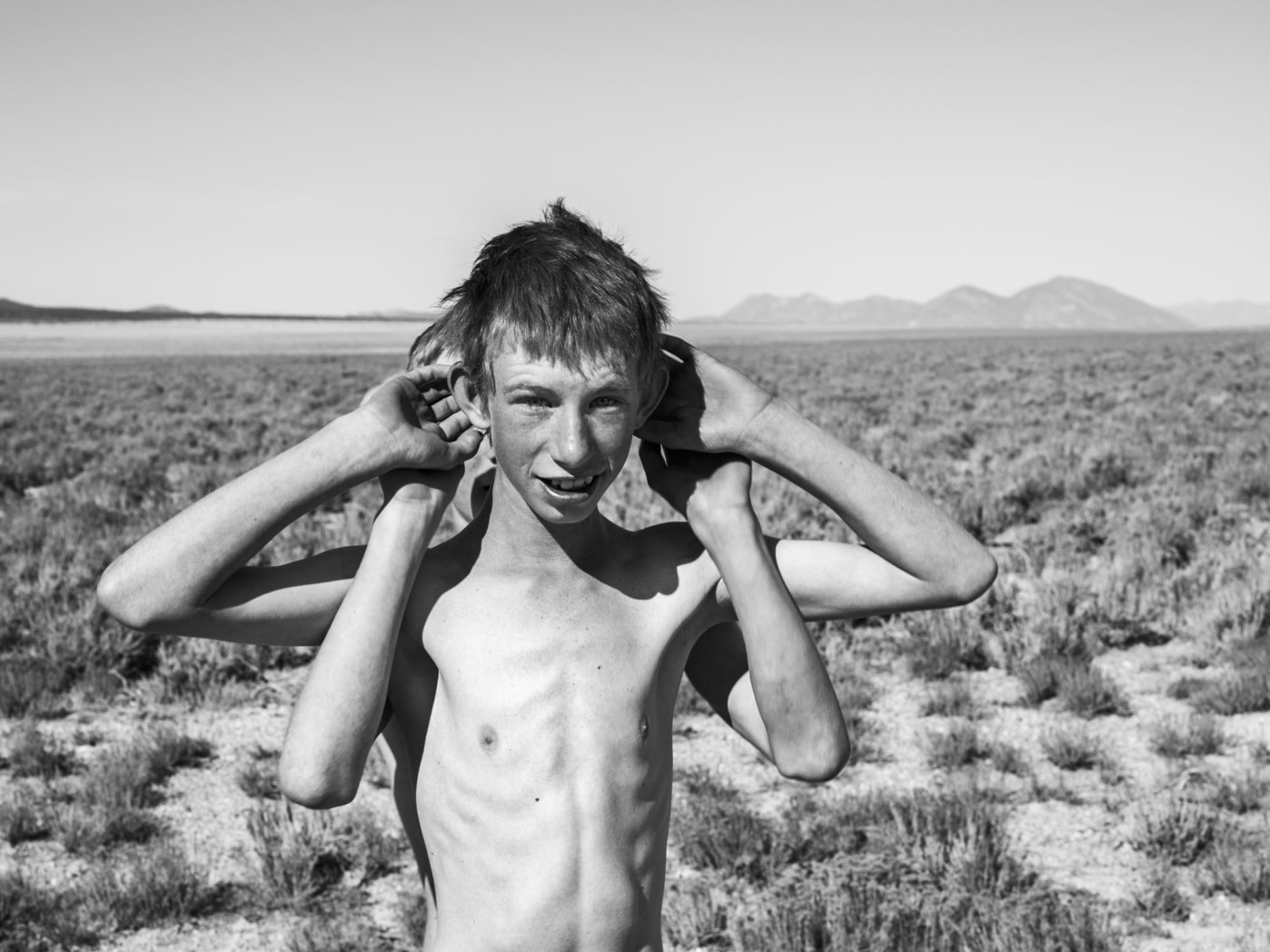 The multi-talented Levi van Veluw (1985) allows his oeuvre to organically grow both in terms of format as in the techniques and materials used. It is a rare fact that an artist manages to change his style time and again without losing his identity. Another characteristic of Levi is that he does not shy away from major challenges, which has already resulted several times in complex, museum installations in which the viewer can actually walk around. Van Veluw has become an indispensable part of the Dutch art scene and is now discovered internationally – and rightly so. 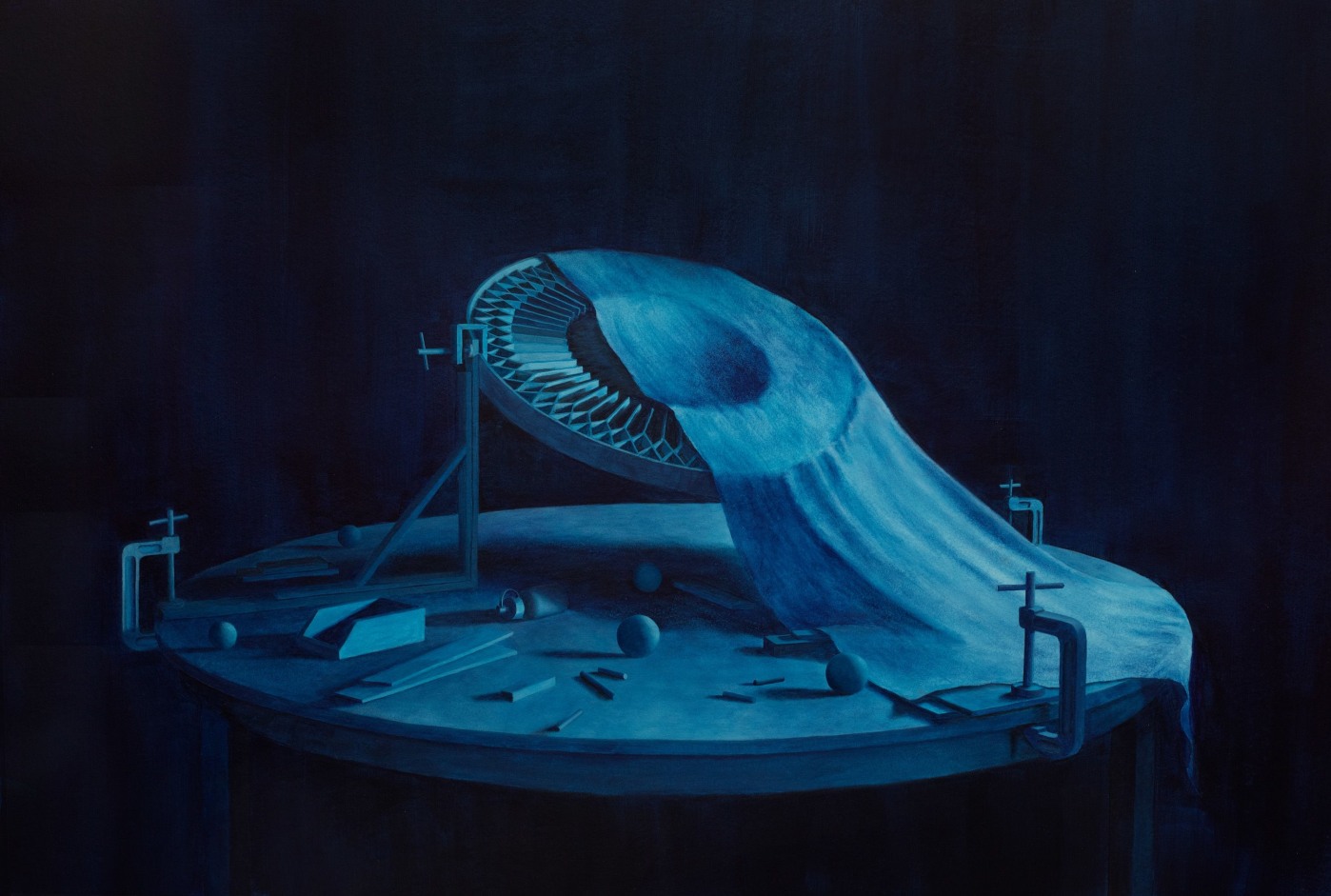 The moment an artist has proven his existence and receives recognition at home and abroad, the emerging phase ase has passed and we can speak of a mid-career or established artist. In principle, age does not play a role in this. That is quite an achievement for artists under the age of 40, as the number of artists who succeeds in this is small.

A rapidly rising star is Evelyn Taocheng Wang (1981). This artist, originally from China, was educated in Frankfurt and at De Ateliers in Amsterdam. In her work, which tends to be autobiographical, she visualizes issues about gender, identity, sexuality, ethnic inequality and vulnerability. For this she uses various media, from sensitive but at the same time confronting watercolours and canvases in her characteristic Eastern style, to performances and video. Her resume is impressive and growing fast. Her work has been shown at Manifesta 11 and Documenta 14, as well as in important international museums in European capitals and in New York. And we are not even talking about the awards and important collections. 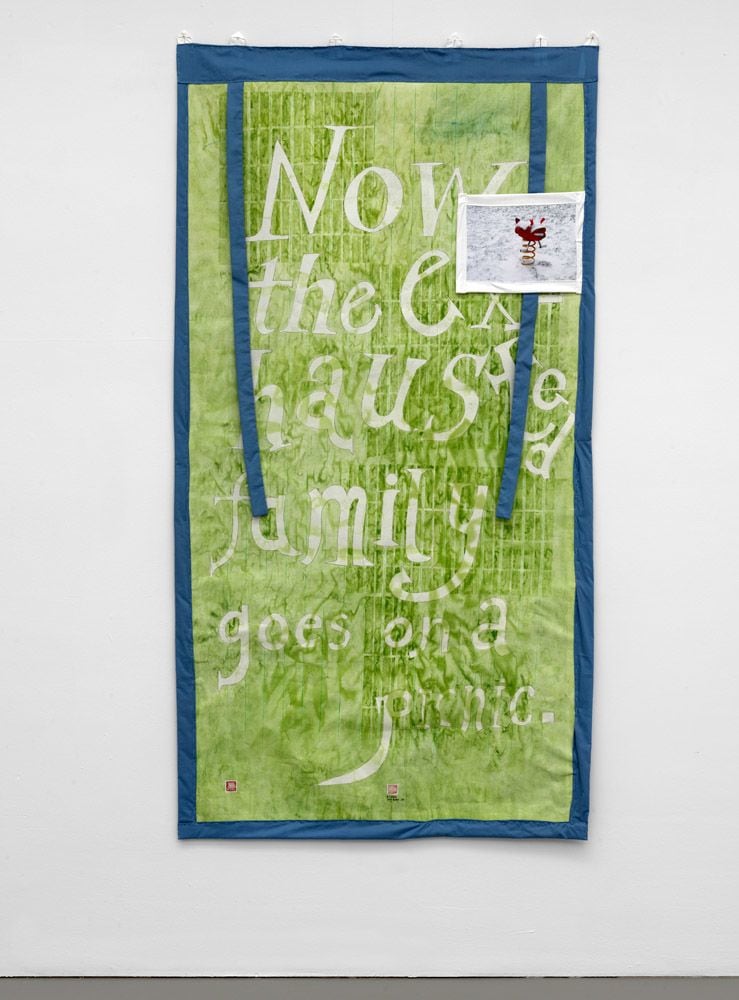 Rafaël Rozendaal (1980) has also gained international recognition for his progressive art and has been purchased by leading museums. As one of the most important players in the Post-Internet movement, his work is now shown worldwide. He uses the internet as his brush and the screen as his canvas, as it were. Rafaël is best known for his websites, which consist of moving light artworks, of which he sells the right of ownership. When purchasing such a website, the artist demands that it will always remain accessible to everyone via the internet. As a result, Rozendaal now has an average of 50 million viewers per year. More than any museum in the world. 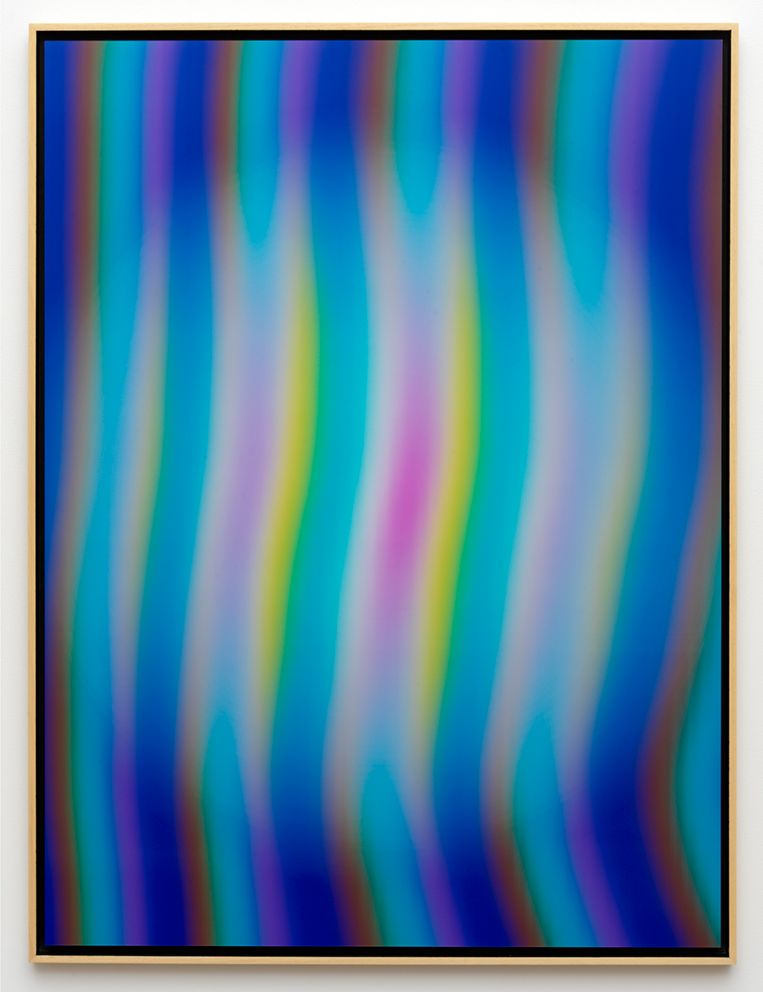 The work of Pauline Curnier Jardin (1980) is fairytale-like, surprising but also raw and unruly, with a dash of humour to put things into perspective. Pauline cannot be pinned down to one particular art form. She creates her wonderful world through film, drawings, performances and installations and combinations thereof. Her theme is mainly about the history of the role of women, but also the interaction within humanity in general. Her work is shown worldwide, with a lot of attention, especially with her impressive installation at the Venice Biennale in 2017. 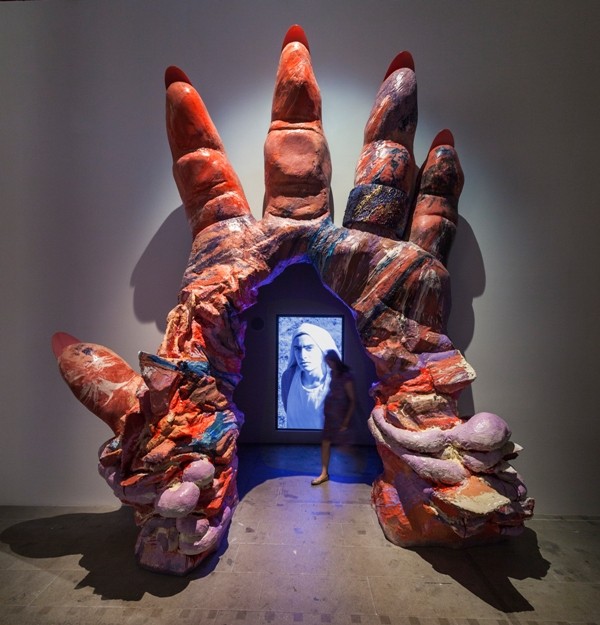 Finally, there are the so-called blue-chip artists. This concept is entirely related to the art market. On the one hand, it concerns artists whose place in art history has already been secured; artists such as Andy Warhol and Picasso. On the other hand, the term is used for work that is bought and sold at auctions to quickly generate money. (Not by the artists themselves, by the way). In that case, it concerns rapid, but usually also temporary, large price increases. This phenomenon mainly takes place at an international level. Here in the Netherlands, we can confidently continue to treat art the way it was intended: to inspire and challenge our creative capacity.

Jeannette ten Kate is an art consultant and owner of The Arts Club, The International Arts Club and The Art Connector. www.artconnector.nl