With the title Dreamland, the artist duo HENR makes works that investigate the creation of a land dreamed. In an increasingly globalised world, for many people the desire for a place, terrain or space of their own has been exponentially grown. More and more people wish to have an own recognizable culture with which they the can identify. Culture is what gives meaning to our surroundings and significance to a territory. It is the cultivation of an area that causes the existence of a mental space. In this way cities were given their own identity and people framed parts of nature to subsequently name them landscapes and gave their own invented values to them. This is how, for example, "romantic and classical landscapes" were created. HENR investigates on a territory in France how this meaning, cultivation and desire for an own defined world can take shape. The desire is approached on a critical and humorous way, starting from the idea that humanity allows itself and its environment to be encapsulated within this desire, to the point it can become a slave of it. At the same time, the work is also a plea for the inexplicable, non-measurable, unnecessary and seemingly nonsensical about how we can shape a land dreamed. 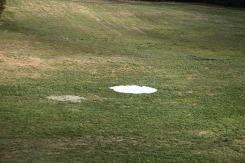 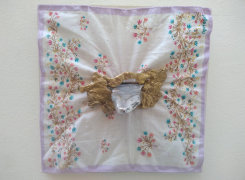