Armando is a painter, sculptor, draftsman, poet and writer. After World War II he took part in the CoBrA movement. And in 1960 he and Jan Schoonhoven, Jan Henderikse, herman de vries and Henk Peters started the Nul-movement. A movement in which the artists propagated"anti-painterly idea". De Nul art was cool and businesslike. The emerging consumer-society was a major source of inspiration for these artists.

In this period Armando makes many wall-reliefs and installations. Filling walls with beer-crates or car tires. Armando often used bolts, which he applied to canvasses. In the time that Armando was in the Nul group, he drew less. The drawings he made seemed almost mechanically and without the visible hand of the artist. In the late sixties, the drawings become gradually more personal. It is not until the mid-seventies that Armando starts painting again.

His childhood in Amersfoort, close to Camp Amersfoort, has characterized much of his work. The horrors of Camp Amersfoort in the Second World War brought him his lifelong theme: “war”. His work is about "humans, and what they are capable of, and of it’s tragedy.” Many works from the fifties are fully dedicated to World War II.
Artworks
Media
Highlights
Recommendations
Collections
Shows
Market position
CV 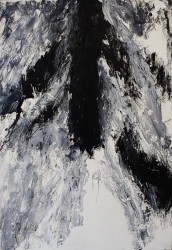 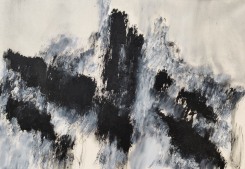 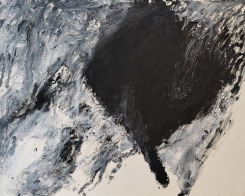 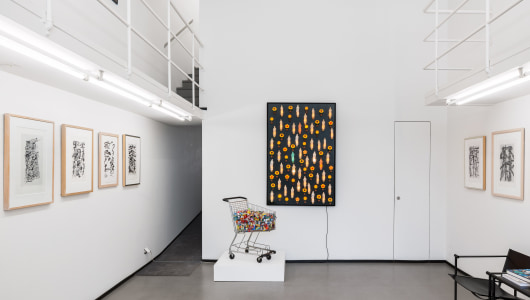