Lives in Goirle. Works in Tilburg.
Represented by:

Everything is possible in the paintings of Bas Wiegmink. Nature gets the power to evolve. Vegetation undergoes genetic changes. The sky reflects in fantastic colours, the earth radiates. Human traces testify to a certain 'civilization'. The message could be: 'do not be afraid of the future, because we will survive'. Bas Wiegmink paints with a lot of contrasts in an exuberant romantic colour palette, sometimes even fluorescent. The cinematic and dreamy ways of painting add to fascinating pictures. Trees and plants grow wildly between buildings. The exuberant flora has taken up all space; sometimes you behold remains of human life. What is happening here? In the background, we see modern buildings painted in thin contours, as if they were abandoned or languished. At the front the flora flourishes with powerful, convincing keys in vivid colours. This contrast betrays the ambiguity of reality: a warning or an optimistic Arcadia. The modernists often designed utopian architecture to which man seems to be subordinate. Oscar Niemeyer, Le Corbusier and urban planner Lucio Kosta built the iconic city of Brasilia in the 1950s to replace the capital Rio de Janeiro. In it we see human overestimation and pride. Man shows himself there a vain creature to nature that remains itself. This architecture is often considered to be only conceptual, for people doomed to fail. Here you experience the friction between man and environment. Architecture and nature, city and people are connected but at the same time conflict with each other in terms of quality of life. Nevertheless, nature always seems to survive unstirred. This survival force, including that of man himself, inspires Wiegmink. To him, painting is the way in which he can best express himself, his dream in an act. Without any hint of melancholy in the work, everything seems so obvious. Here his admiration for architecture coincides with that for the forces of nature. 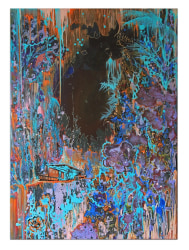 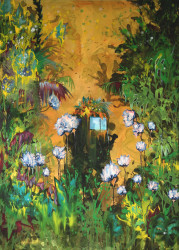 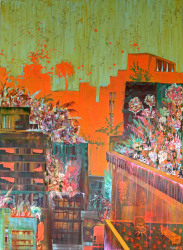 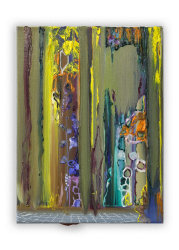 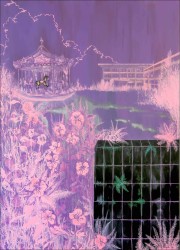 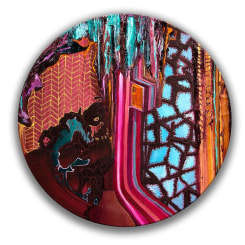 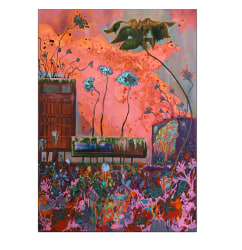 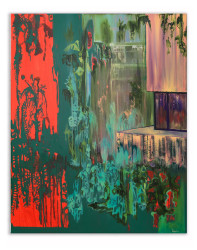 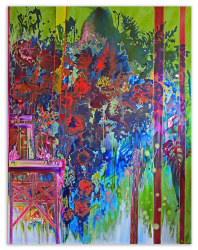 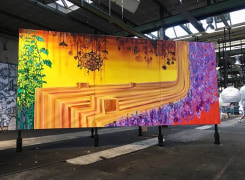 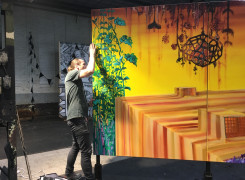 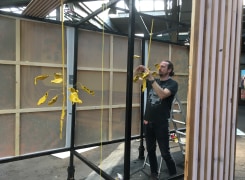 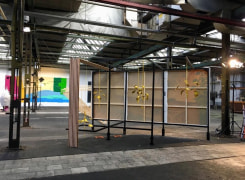 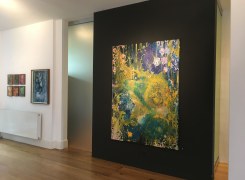 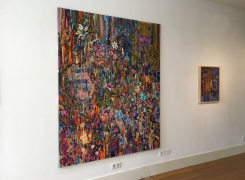 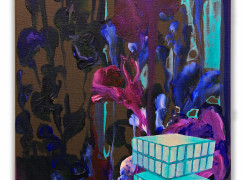 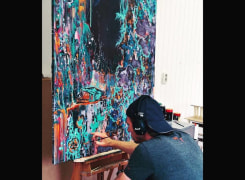 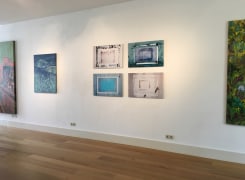 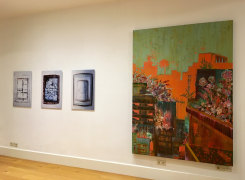 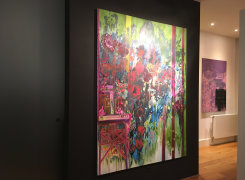 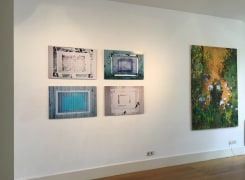