Theo Kuijpers (1939) focuses on the boundary between figuration and abstraction, formed as a young student by teachers like Jan Gregoor and Lambert Tegenbosch. He is a constructionist, material artist, an heir to the first wave of Dutch artists after the Second World War. He has been influenced by both COBRA and ZERO, but has developed an entirely different visual language that goes back to his deepest being, his own background as a child in the Brabant countryside. Colours are powerful, forms crisp.

The inspiration during his more than 50-year career takes Kuijpers from travels, in which Morocco and Australia play the lead. There are always stories, stories about the traces that people leave behind, in architecture in Morocco, in the landscape in Australia. In the paintings inspired by aboriginal Australia he uses natural materials like twigs and sticks, but also tent sail and clothing, which he puts between canvas and paint. Kuijpers composes with matter. He does not work on the spot, but takes the impressions and emotions to his studio. There he composes memories on the canvas, sublimations of the once experienced. Both thoughtful and intuitive. His recent gouaches have a very own rhythm that gives them enchanting quality, somewhere between repetitive minimalism and coincidence.
Artworks
Media
Highlights
Recommendations
Collections
Shows
Market position
CV 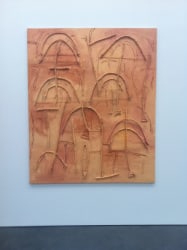 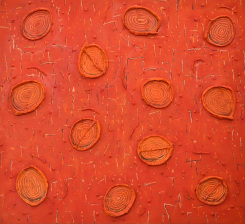 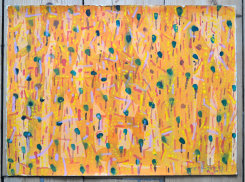 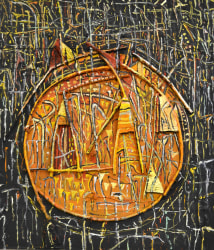 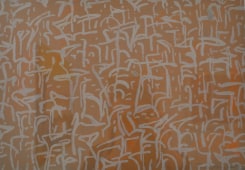 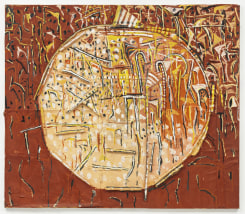 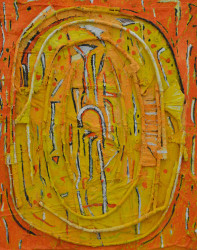 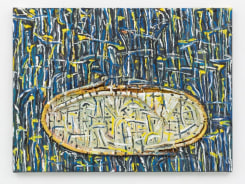 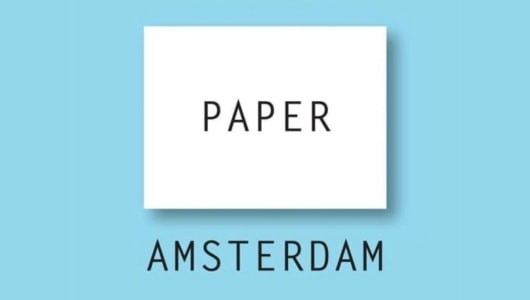 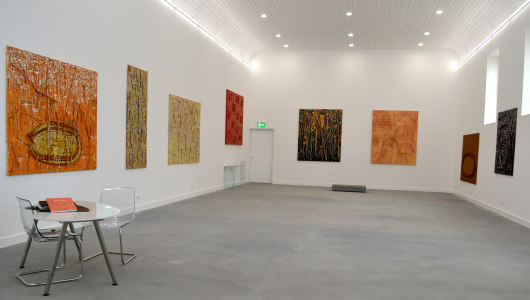 Kuijpers's work is in private, museum and gallery collections in the Netherlands (Stedelijk Museum in Amsterdam, the Van Abbemuseum in Eindhoven) Belgium, Germany and Australia (Art Gallery of New South Wales). Kuijpers exhibited in important museums such as the MOMA in New York (1981), The Singer Museum in Laren (1990), The Dobermann Altenberge Museum in Germany (1997), The Pont Museum in Tilburg (2014), Van Bommel van Dam in Venlo (2005, 2010, 2013, 2017) to name a few.