I imagine a publisher's paradise as a country where novels are still being read by men over 35 and collections of poetry sell out in no time. Good news: it exists. Welcome to Photoland.

The photo book is a world in itself. The medium is loved by photographers and collectors alike. Photographers can tell a complete (visual) story in it, something that is more difficult with a single image. For collectors it is the way to get close to the maker. For this reason there are collectors who only collect signed first editions and there are those who avoid posthumous editions.

Collecting photo books has become more popular over the past 20 years. Between 2004 and 2014, the British photographer Martin Parr and curator Gerry Badger compiled a three-part standard work with the history of the genre. This was followed by national anthologies and a flourishing antiquarian market, as reissues are not standard practice.

This collection highlights 5 makers of well-known and award-winning photo books. 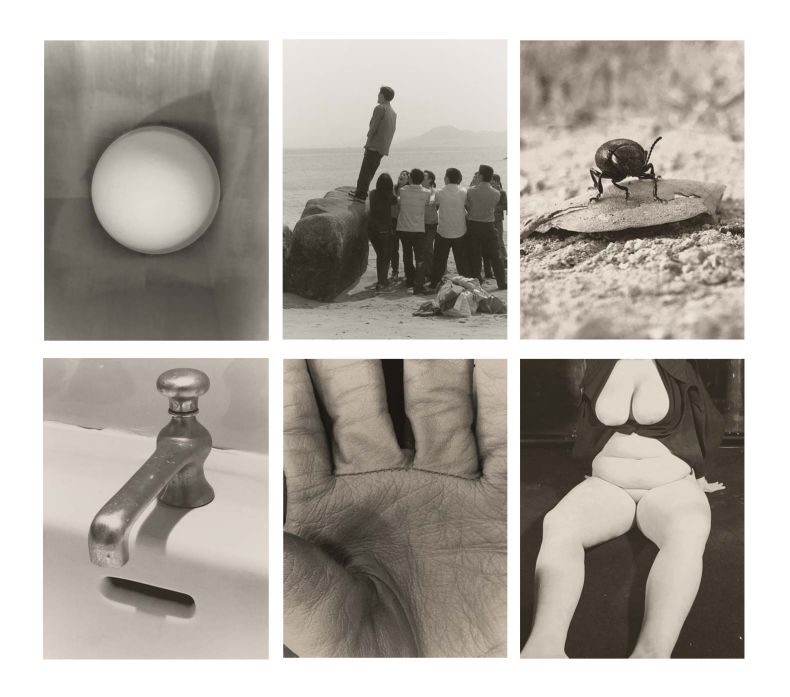 2 Media items ᛫ 18 Available artworks
4 Shows ᛫ 8 Highlights ᛫ 0 Recommendations
One more thing about the anthologies, Paul Kooiker and Erik Kessels put together the nicest one, the trilogy Terribly Awesome Photobooks trilogy, an alternative historiography featuring eccentric and forgotten highlights such as De Nederlandse Huisvrouw (The Dutch Housewife, a 1954 study by Philips into the day-to-day activities of Dutch housewives) and Mariane Wex's feminist masterpiece Let's take back our space. Kooiker himself has received a lot of attention in recent years with the books Nude Animal Cigar (2015) and Eggs and Rarities (2020). A book with only nudes, animals, cigars, isn't that boring, critic Jorg Colberg wondered: “How can you make a book that has a grand total of 189 photographs covering exactly three subjects and get away with it? Well, you can if you're Paul Kooiker.” 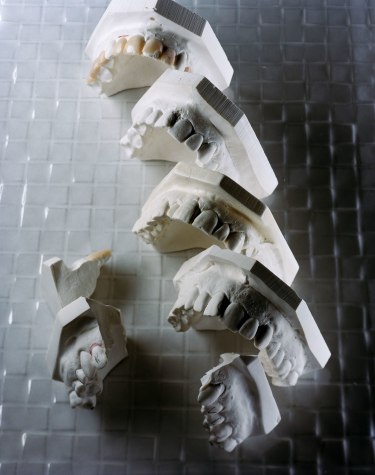 0 Media items ᛫ 3 Available artworks
0 Shows ᛫ 0 Highlights ᛫ 0 Recommendations
Norwegian photographer Torbjørn Rødland likes to quote from well-known genres such as advertising, landscape and portrait photography to draw the viewer into his world. He then proceeds by adding something highly uncomfortable in order to question modern myths, mortality and vanities. His work might seem bright and stylized at first, but as a viewer you sense that everything is bubbling directly beneath the surface. At first glance, Enamal Support looks like a photo from a prospectus of a manufacturer of dental prostheses, but the broken cast points to the transience of something durable like teeth as a viewer. The work may be stylized, but it is certainly not easy and straightforward. It is therefore right that photography forum American Suburb X has an eye for the role of Rodland's publisher: “Confabulations (book by Rodland, ed.) is a celebration of a rare and strong relationship in which an artist of uncanny measure and likely misunderstood aesthetics is continually championed by a publisher with gusto and foresight to see the prescient and fluid mix of difficult, yet highly stylized material at hand.” 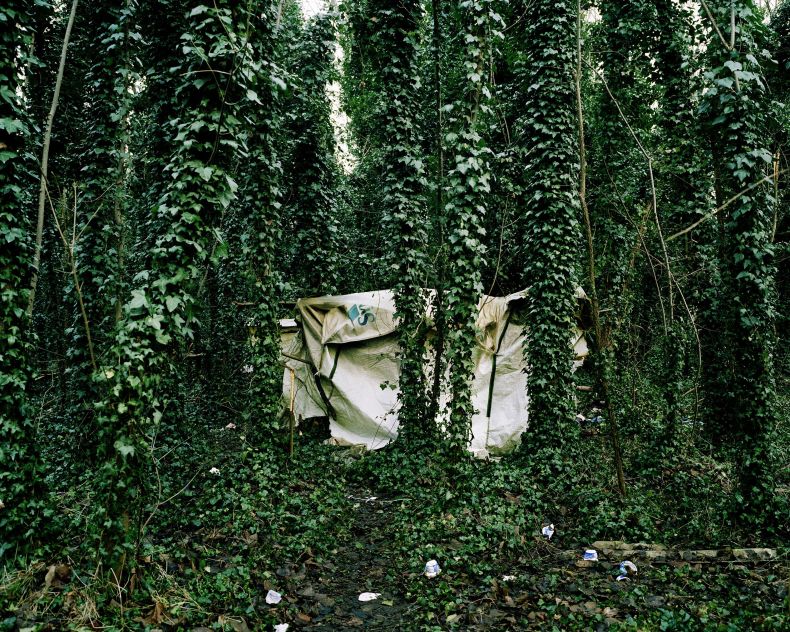 2 Media items ᛫ 15 Available artworks
1 Shows ᛫ 3 Highlights ᛫ 0 Recommendations
In 2016, Henk Wildschut self-published Ville de Calais. Not a bad idea for a book that keeps the middle between an artist's book, slow journalism and a pamphlet. A year later, he received the prestigious Prix du Livre d'Auteur at the Arles photography festival. This is partly due to the fact that his subject, the Jungle of Calais, had dominated headlines during the 2015 refugee crisis.

Wildschut was there long before the news cameras arrived. He was there from the start. For example, this photo was taken in February 2006, when only a few men sought refuge in the forests around Calais. In the following years, a community of people emerged who wanted to reach the UK in the hope of a better life. A community that had no fewer than 40 restaurants, 43 shops, 6 bathhouses, 8 bakers, 4 hairdressers and 7 bars just before the heavy-handed closure in 2016. It is that liveliness that makes Ville de Calais not just a very heavy book. Dutch daily de Volkskrant aptly described Ville de Calais as: "an elegant pamphlet, and an epic story about a place in the margins, where history was written and erased." 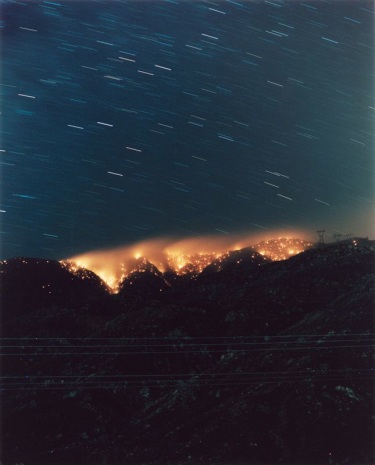 1 Media items ᛫ 10 Available artworks
1 Shows ᛫ 0 Highlights ᛫ 0 Recommendations
The American photographer Gregory Halpern won the Aperture Photobook of the Year Award at Paris Photo in 2016 with the book Zzyzx seemingly out of nowhere. Like the first settlers, Halpern travels from east to west, right across California. His report begins in Zzyzx, an "unincorporated community" in the Mojave Desert, and ends via LA at the Pacific Ocean.

It is quite difficult to show a place that has been photographed so many times without becoming clichéd, but Halpern succeeds wonderfully. He has an eye for the complexity of people and places and is particularly interested in the contradictions that California contains, from the natural beauty to the urban sprawl. As Halpern put it himself: "It's easy to separate them in our minds, but when it's all seen together - the sublime, the psychedelic and the self-destructive - there's a strange kind of harmony." 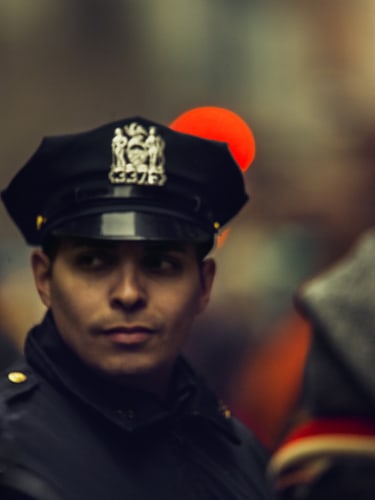 3 Media items ᛫ 8 Available artworks
2 Shows ᛫ 0 Highlights ᛫ 0 Recommendations
In the aftermath of 9/11, the Canadian Magnum photographer began photographing New York police officers. The attacks changed the city and so did the agents. More officers were visible on the streets and they carried bigger guns. While their presence should contribute to a sense of security, Anderson's alarm bells went off. Something was very wrong.

After Occupy Wall Street and Trump's election, Anderson photographed agents as a kind of unwitting protest against the authorities. When Anderson went through his photos for the edit of what would become the bestselling book Cop, he realized he was looking at something completely different: “I saw a portrait of a working class, immigrant America. The uniform only served as a thread on which to hang a cross section sample. The photographs felt more like a love letter to New York.”