In the Ask a Collector section collectors regularly compare art with a holiday, a holiday in your head so to speak. A statement that I can agree with. Like a holiday, art has a leisurely pace and can give one peace and inspire. But to experience and truly understand cultural differences, you will have to go away from home for longer a period than two or three weeks in the summer.

Those who had the chance to spend a longer period of time in Germany, for example, will slowly discover that the country does not regard itself as a Western European country, but a Central European one instead, and that the attitude towards technological progress has a different point of departure from ours. While we are now concerned about the omnipotence of the tech giants, Datenschutz (data protection) was already an issue preoccupying our eastern neighbors long before Big Brother first appeared on television.

I was reminded of art’s capacity to convey these deeper cultural differences and value patterns, when I visited the Nam Jun Paik retrospective at the Amsterdam Stedelijk Museum between the first and second lockdown. Paik was the first artist to analyze the role of mass media and early forms of globalization, making full use of the opportunities offered by new technology.

For example, in the late 1960s, Paik already worked with closed-circuit cameras to illustrate the relationship between viewer and what is viewed and he created a cheerful family of robots, each generation built from a newer medium.

While in the West technological progress is accompanied by a discourse on privacy and medical-ethical implications, Paik's technology does not pose a threat to mankind. This is evident from the work TV Garden (1974-1977), a harmonious ensemble made up of a bed of ferns and televisions. Paik saw no contradiction between nature and technology. A huge cultural difference and one that unveils our own underlying assumptions of technological progress.

This collection focuses on 5 artists who follow in Nam Jun Paik's footsteps and reflect on new media and technology. 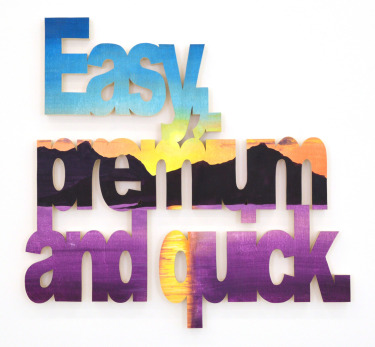 1 Media items ᛫ 10 Available artworks
1 Shows ᛫ 0 Highlights ᛫ 0 Recommendations
The number of legacies of which I have been offered a portion in return for a small consideration is just endless. For years, I had daily requests from complete strangers. Often in pidgin English. Recognizable? Spam, unsolicited e-mail, is the downside of free means of communication for everyone. Not only can you write to anyone anywhere in the world, you can also swindle anyone in the world regardless of where you are based.

For Niels Post, the often wonderful requests and unsolicited pieces of advices are a source of inspiration. Post jigsaws the texts and places them in public spaces, among other places. This gives these texts a new meaning and turns them into something thought provoking in a cheerful way. 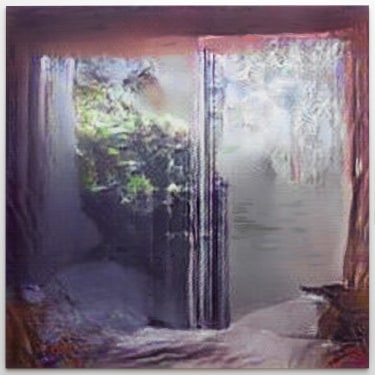 7 Media items ᛫ 7 Available artworks
6 Shows ᛫ 1 Highlights ᛫ 3 Recommendations
Much about this work by the Dutch artist Constant Dullaart is not executed by him. The image was computer generated and Dullaart had it painted in the vicinity of Shenzhen, China. And that is exactly what Sliding Door is all about: outsourcing a judgment and a preference to an external source. In this case a computer and a Chinese workshop.

Dullaart has an excellent eye for the ethical implications of so-called neural networks. When Sliding Door was made in 2017, these networks were able to recognize images with a sliding door on the basis of other photos and then propose a rather naive image that is the average of all those images. Now, with an image of a sliding door, this does not immediately lead to a shocking shift in the meaning that we as humans assign to it. Let’s suppose you are looking for an image of a Christmas dinner and you get a generated image of a arguing company. Does that eventually become the meaning of Christmas? 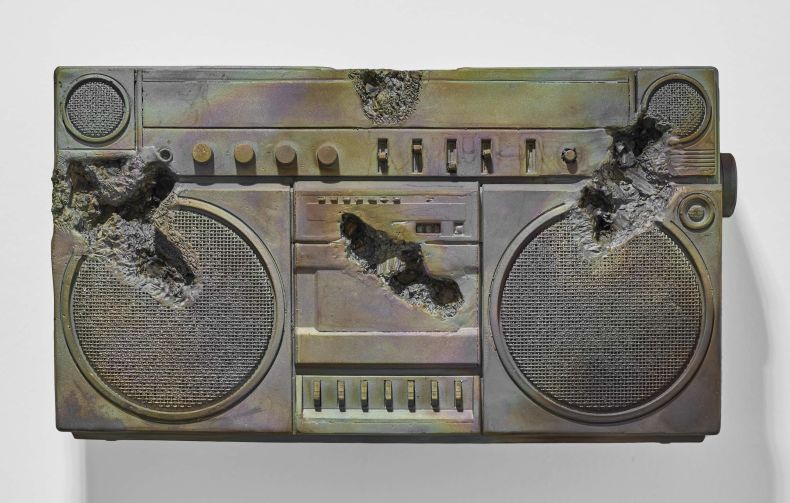 8 Media items ᛫ 6 Available artworks
3 Shows ᛫ 4 Highlights ᛫ 0 Recommendations
You can easily check how quickly technology changes. Open any desk drawer and chances are you'll find an iPod, a portable minidisc player or an old Gameboy next to your previous smartphone (which you keep for emergencies that never happen), and if you really never throw anything away, even a Walkman. All of them are carriers of our pop culture and icons of our consumer society. The speed with which this progresses is also the starting point for the American artist Daniel Arsham. He takes the position of an archaeologist from the future who excavates icons from a distant past and makes history tangible. 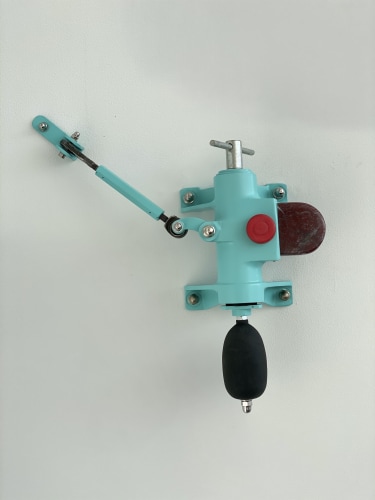 2 Media items ᛫ 18 Available artworks
9 Shows ᛫ 2 Highlights ᛫ 2 Recommendations
Machines and technology represent functionality, efficiency and progress. But nothing about Willem Harbers' machines seems functional or efficient. The question is whether Harbers' machines have had a function and whether they actually worked at some point in the past. That is also the question Harbers asks in his current show A future now past, in which he seems to have proceeded like an archaeologist from the distant future. An archaeologist who had to make connections on the basis of clues and scattered pieces of information. That is why Harbers' work appears archaic and futuristic at the same time. The resulting alienation makes it possible to take a fresh look at our society designed for efficiency and functionality.

3 Media items ᛫ 2 Available artworks
0 Shows ᛫ 0 Highlights ᛫ 0 Recommendations
Technology and globalization go hand in hand. Computers and gadgets are designed in the West, manufactured in China and sold all over the world. It is less well known that globalization also entails a global waste stream. Obsolete electronics from Europe are shipped to locations in East Africa for further processing.

Ethiopian artist Elias Sime addresses the downside of the poorly sustainable and rapidly aging technology. In Addis Ababa he bought a large number of old keyboard drills on a market for old electronics. Using traditional techniques, he incorporated these in an extremely sustainable way in the sculpture Concave Triangle. Using a universal visual language, Sime seems to underline the global scope of the problem.