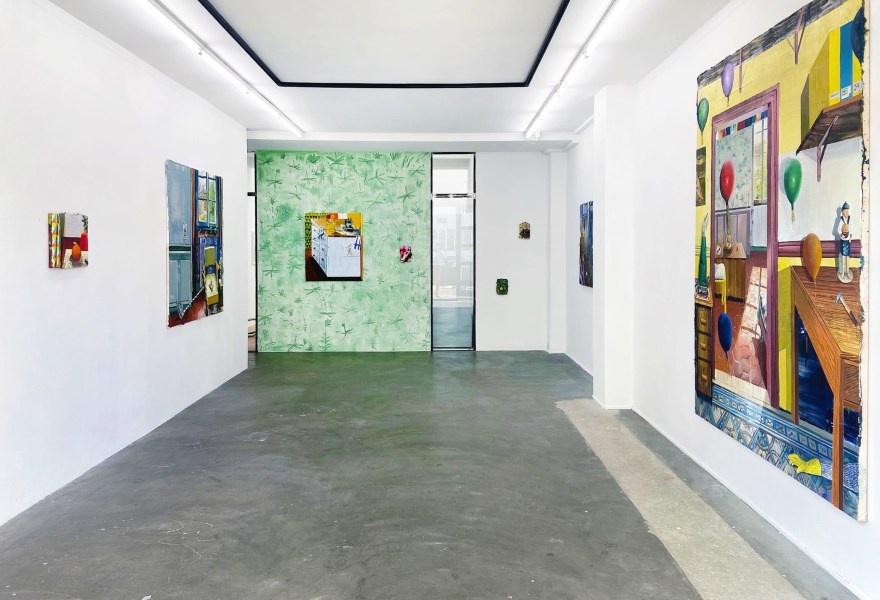 Living rooms have been a rewarding subject in art for centuries. Especially since the seventeenth century, in paintings by artists including Jan Steen. From the 19th century onwards, this tradition was reinforced by a revival of the ideal of homeliness. At this moment, we are collectively experiencing a renewed fascination for our homes. For French artist Mathieu Cherkit this won’t feel very new though; he has been recording his immediate surroundings for nearly twelve years now, in paintings that are currently on display in an exhibition at Albada Jelgersma Gallery.

Mathieu Cherkit offers us a glimpse into his home in his layered oil paintings, in a practice that is inspired by the work of Van Gogh, Hockney, Matisse and the Leipziger School. For over ten years, his untidy family house in a suburb of Paris, the old house of his grandparents, featured in over 190 of his paintings. He invites you into every corner and every space, only details like a modern coffee machine betray the year you are in. 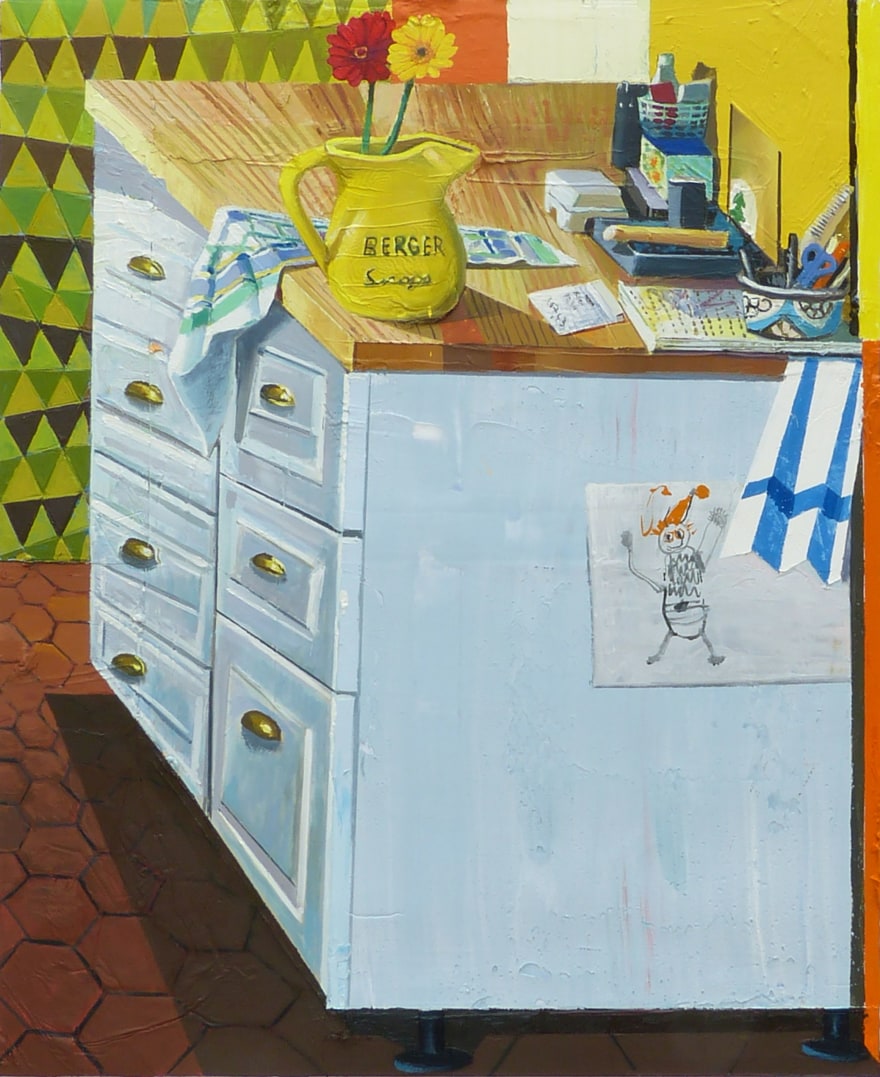 Cherkit recently moved into a new home: an old school mansion, an hour and a half outside of Paris. Because his house plays such a prominent role in his paintings, you wonder about every aspect of his interior: did he chose it especially because of the effect on the canvas? Even though you never see any people in his work, you still feel their presence through their personal objects, that Cherkit often places prominently in the frame. 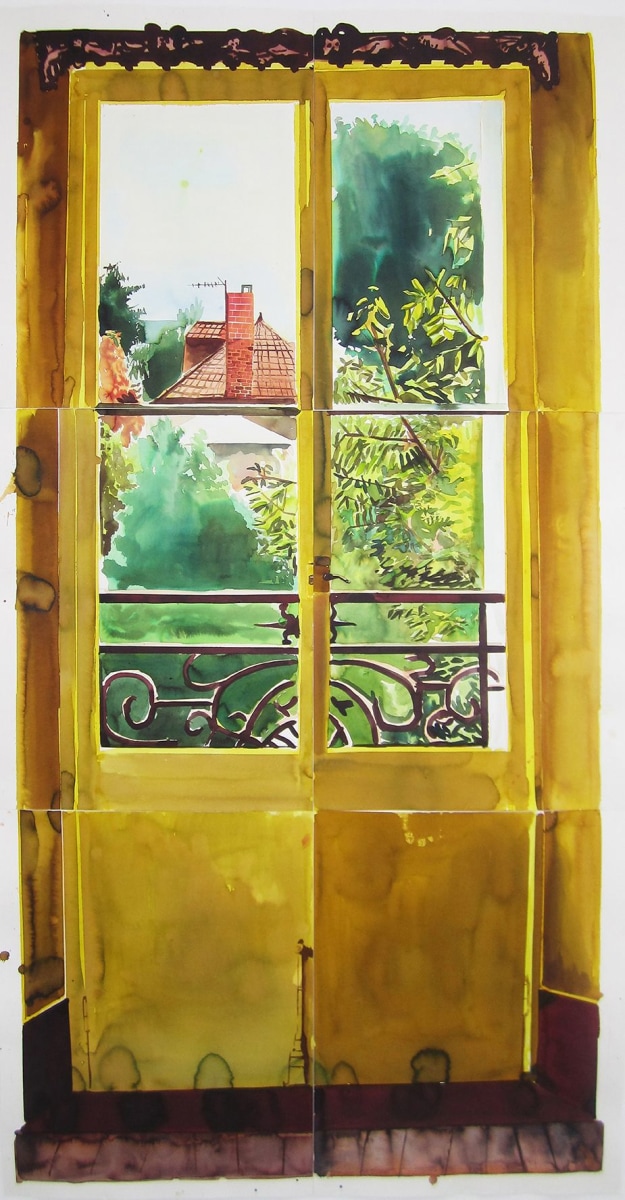 Because the subject of his paintings is predetermined, Cherkit has been able to focus mainly on his technique in recent years. When you stand in front of his paintings, it is striking how thick the layers of oil paint are that he applies to - and sometimes adds to the side of - the canvas. This is often clearly visible when you look at the painting from the side, where you can easily distinguish the coloured layers. Nevertheless, this layering does not automatically mean that his works have a lot of relief. Sometimes an accident in his studio will provide extra structure or details, an unpredictability that Cherkit appreciates. 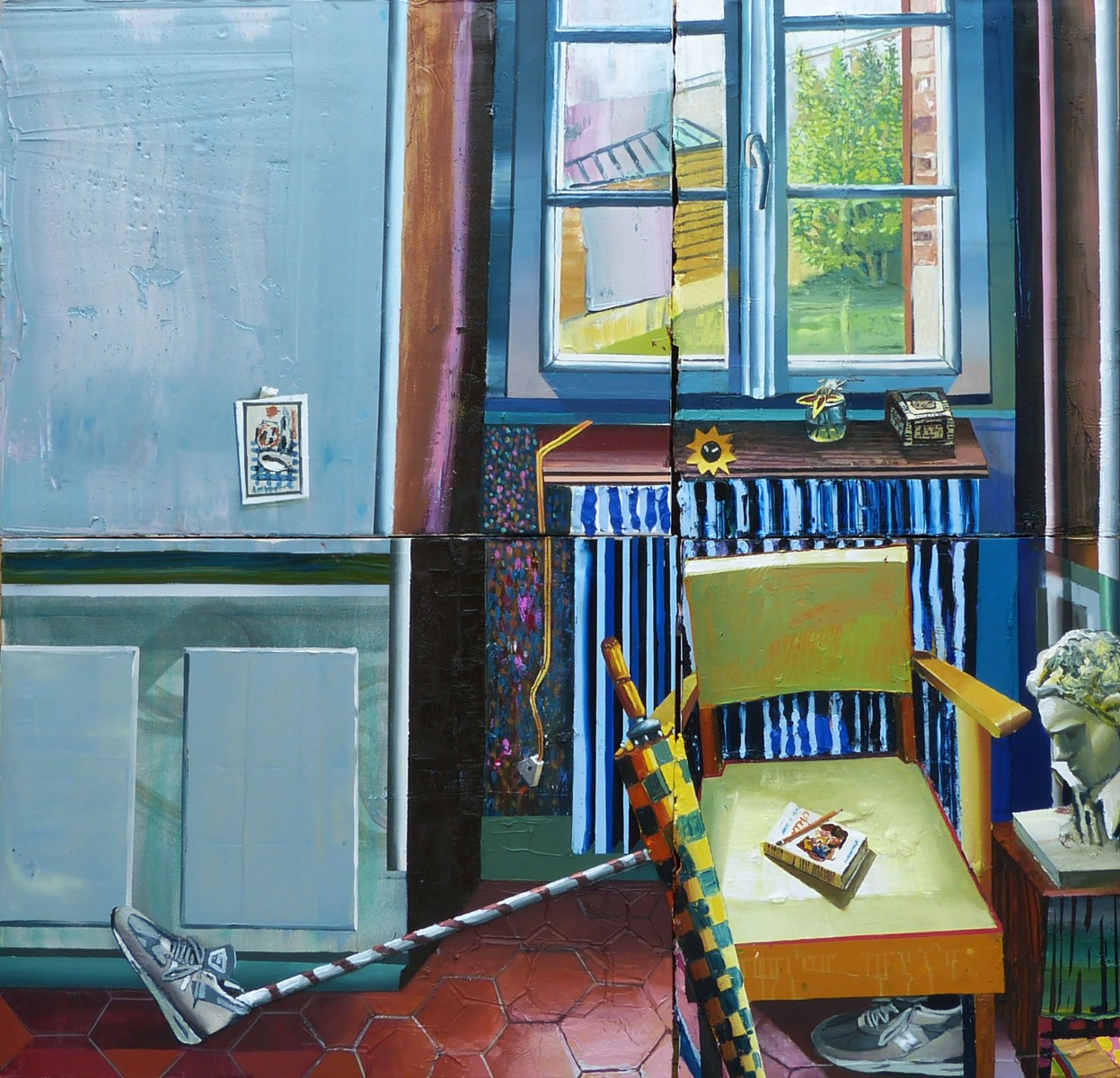 Cherkit plays with the ways in which intense colours interact. Yet the overall picture is not quite right: the colours are more intense and unrealistic than they ought to be, the shadows harder, the perspectives more unnatural and details abstracted. As a result, the paintings are intimate and distant at the same time, allowing them to transcend the everydayness of the subject they depict.

In his solo exhibition "Perma-Peinture" at Albada Jelgersma Gallery, you can view his most recent work from 2020 and 2021 (until June 5).