All-defining concrete and an out of context camera 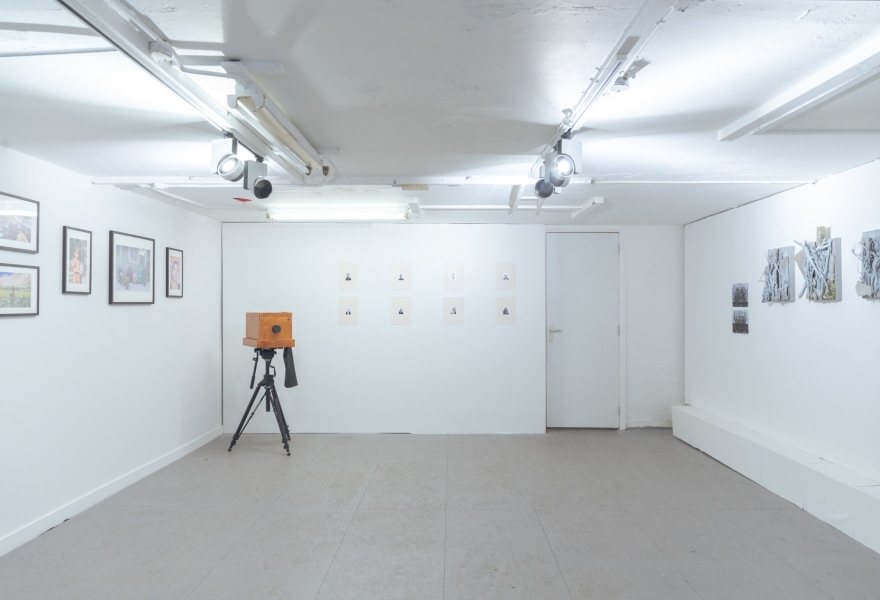 ''OF WANDERING CONCRETE AND A DISPLACED CAMERA'' - Chrysalid Gallery

Until 28 February Chrysalid Gallery in Rotterdam is showing a duo exhibition of two photographers with two very different styles. Still, Liviu Bulea and Ferdows Faghir show work with an overarching theme: the concept of home. Shakespeare spoke of the power of the word as early as the seventeenth century, ignoring the fact that "home" does not evoke the same pleasant and safe associations for everyone. The exhibition can be viewed online on GalleryViewer.

The Afghan-Dutch photographer Ferdows Faghir was forced to flee his homeland in the 1990s, along with his parents. His documentary portraits are very close to the skin, partly because, in his own words, he is part of the minorities he records. With his work he tries to give shape to the narrative around refugees in a new way and to make The Refugee a less abstract concept. That attention to humanity can be felt when you look at his photos. Faghir is inspired by his homeland: not only in terms of content, but also by certain photography techniques that are widely used in Afghanistan. Think of the Kamra-e-Faoree camera, better known as the Afghan Box Camera. This analog camera, a large wooden box on a tripod, is somewhat reminiscent of the very first cameras. But this camera basically offers everything you need in order to take a photo: a lens, light-sensitive photo paper and a darkroom. The photographer makes a negative and then takes a picture of the negative to make a positive. In Afghanistan, this camera has been in use for decades, to make quick passport photos. Faghir built his own Afghan Box Camera in the Netherlands and uses it to record the Afghan diaspora in the Netherlands. He also sees it as a way to keep this Afghan tradition of photography alive, at a time when most people photograph digitally. 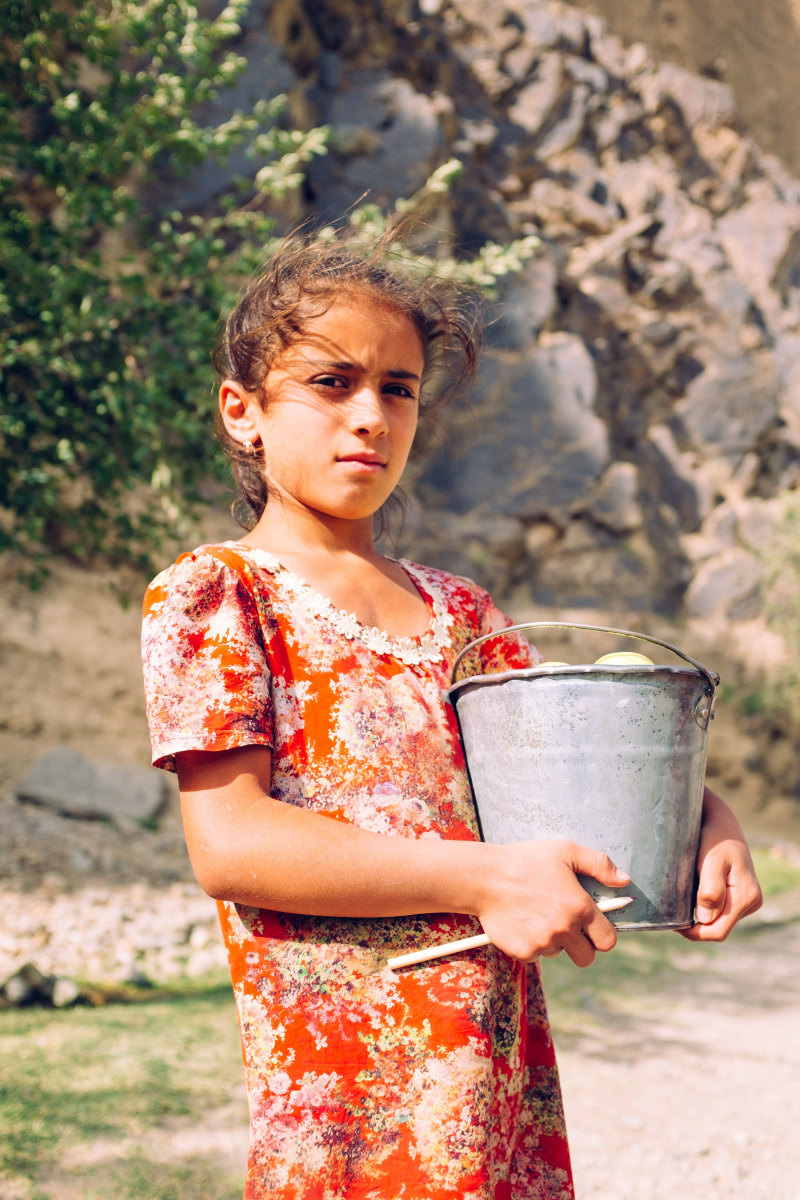 In this exhibition, his photos are hung alongside the work of the Romanian artist Liviu Bulea, who captures his birthplace Turda (in the Transylvania region in Romania) in a remarkable way. Bulea: “My weapon for change is art. I can be considered ‘a social practise installation artist’. I recover seemingly useless material fragments that come from precise contexts. The hospital’s wall where I was treated when I had cancer, the city’s sidewalk where I had grown up, and pieces of concrete from a mall that was built over a community. My staging mechanism is very deep and requires further research. The concrete dust covering my hometown is transformed into a painting or sculpture that recalls the trauma of a community deeply affected by post-revolutionary changes in Romania. In Turda, when it rained, the vegetables turned into concrete because of the cement dust expelled in the atmosphere by the nearby factory.” 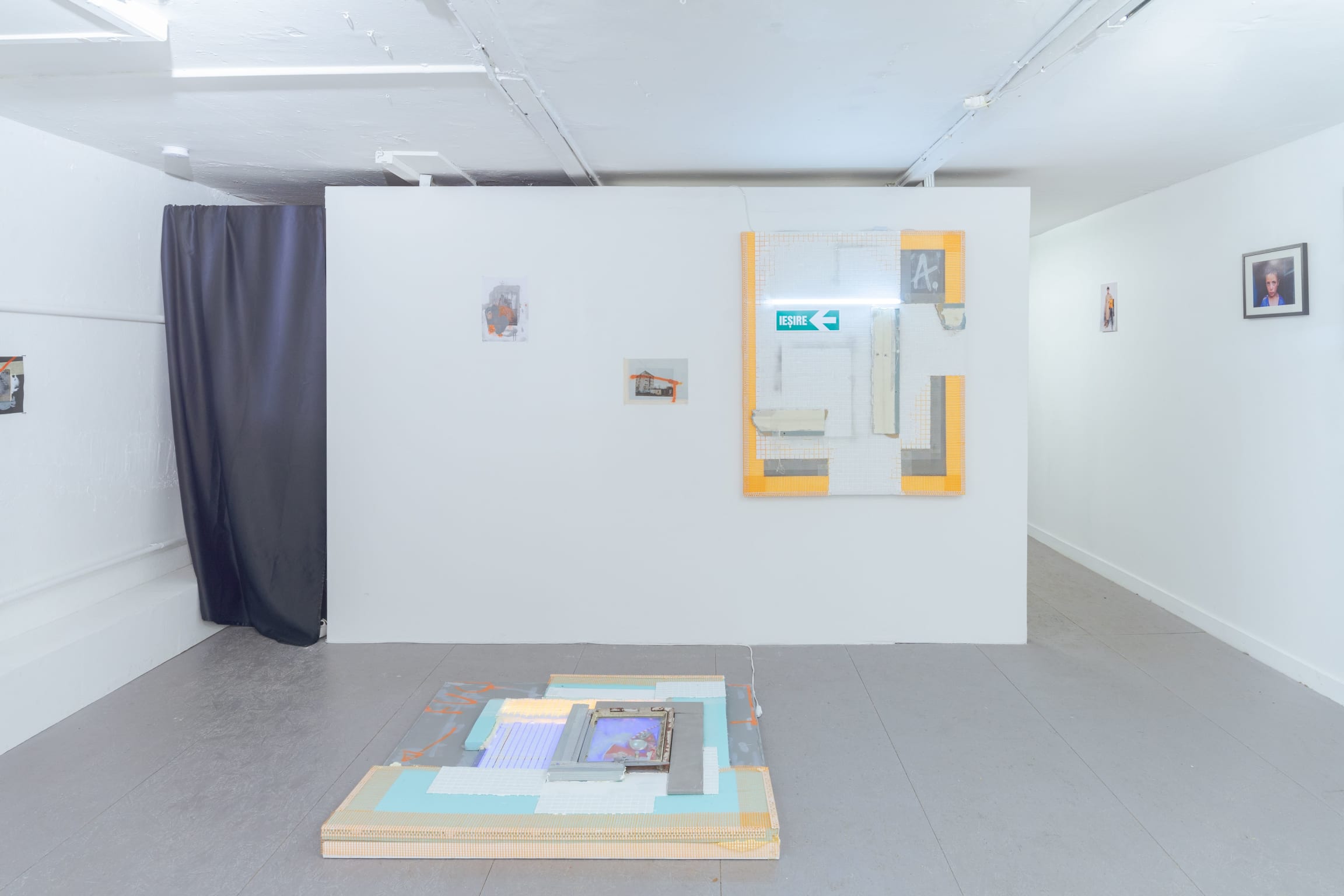 The concrete is everywhere in Turda. Bulea shows the dark sides of the omnipresent Brutalist architecture, that’s equally famous and infamous. The ubiquity of this architectural style was the result of large-scale shelling and bombing that permanently changed the street scene. In 1944, an important battle took place here: the Battle of Turda, the largest battle fought during the Second World War in the region of Transylvania. After the war, the city became an industrial center with factories for chemicals, electrical ceramics, cement, glass and steel cables. In 1989, the Romanian Revolution took place, effectively ending 44 years of communism. Bulea visualises the consequences of all these upheavals: including pollution and the deteriorated health of the city's inhabitants. Now, they seek their escape in nature. The artist tries to capture this contrast by combining concrete fragments with natural elements such as leaves, flowers and corn stalks — while also adding cans of coke and references to emergency lighting. 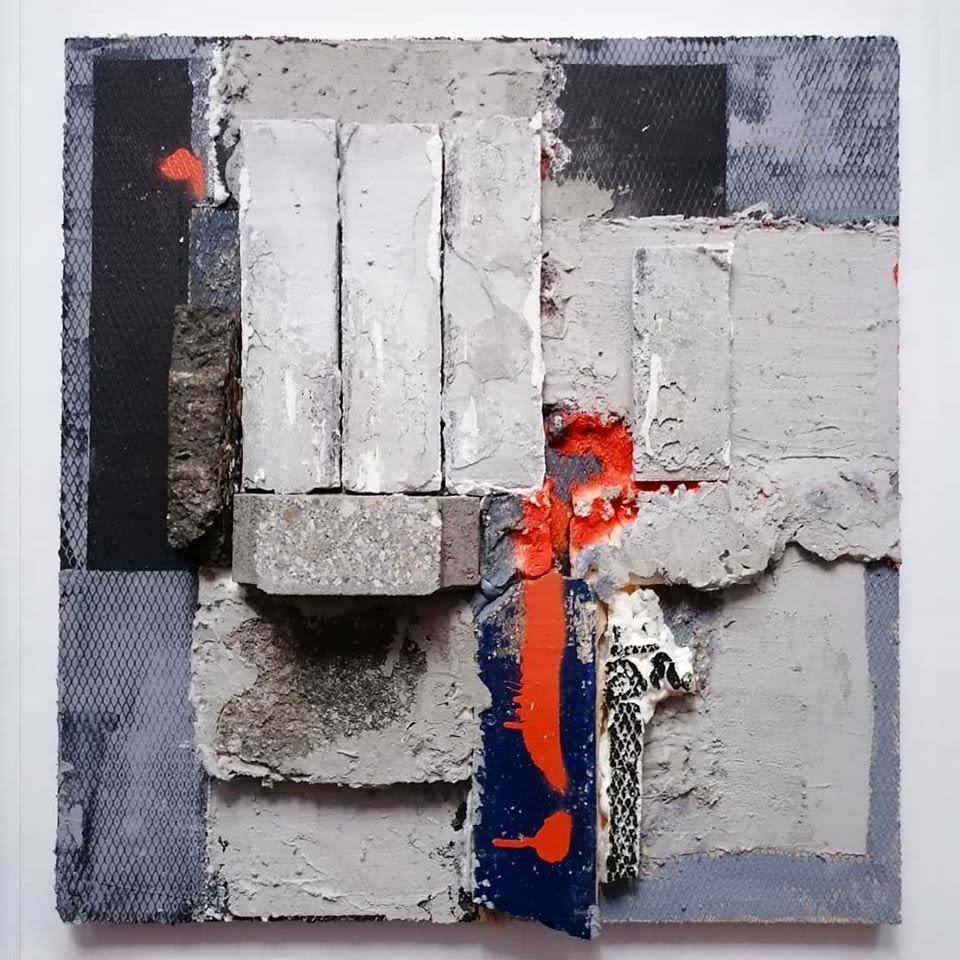 Liviu Bulea, Cityscape, 2019, Chrysalid Gallery.
The exhibition "OF WANDERING CONCRETE AND A DISPLACED CAMERA" is on view at Chrysalid Gallery (on GalleryViewer) until February 28.
In this article