The body of Kerns work consists of drawings whose subjects are constructed without using photographic or real-life references. He reworks different sketches as often as he can until proportions, light and perspective seem to be correct.

Kern applies various photographic aesthetics to these sketches, for instance, he adopts blooming, depth of field, shadows caused by flashlight or different kinds of distortion. In order to apply the concept to the presentation as well, his works are presented according to common approaches in photography.

Kerns drawings are no copies of photographs or film stills - instead he searches for images in his mind, that appear to be part of our collective pictorial memory and that are thereby recognizable for the beholder. They are images of images. 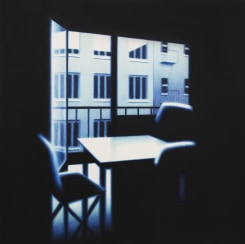 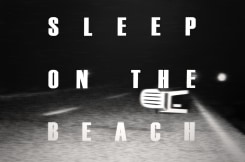 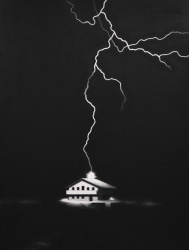 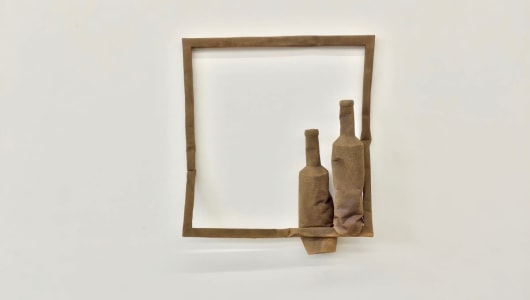 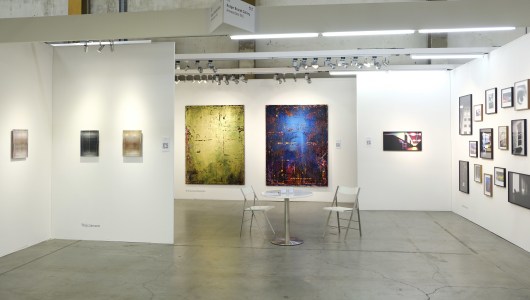 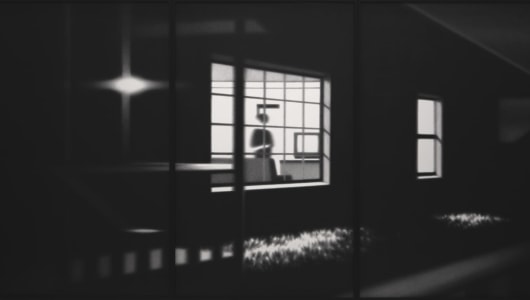