Thomas Kuijpers (b. 1985) is a visual artist whose work explores the role of contemporary media narratives within our perception of the actual world.

Thomas Kuijpers (b. 1985, the Netherlands) sees the world as something fluid, manipulated, constructed. Rather than adhering to the idea that it can b experienced objectively, his work reveals the world’s slippery nature and the forces that perpetually shape it — newspapers, television, the internet, politics, adverts, social media, technology, products, and more. For Kuijpers, the world is always perceived through or influenced by something. Truth is dependent on who, what, where, when, and how, and we are never impartial.

Kuijpers’ investigative works start with his daily experience of current events, happenings that rapidly become a kaleidoscope of diverse, overlapping, conflicting perspectives — including his own. Each event is copied and pasted indefinitely through an endless media landscape, and it is these copies — images, articles, conversations, videos, memorabilia, quotes — that Kuijpers habitually collects over years, forming archives of competing realities.

Acting as artist, editor, anthropologist, and collector simultaneously, he scrutinises and rearranges his archives until the structures of our media-saturated world are uncovered. Kuijpers then assembles his findings into new constellations, often taking the form of experimental, multimedia installations, inviting us to be aware of the illusions and rhetoric that mold our everyday lives. Ironically, it is only throughmKuijpers’ obsession with the minute parts of the world that we see just how fragile it is as a whole. 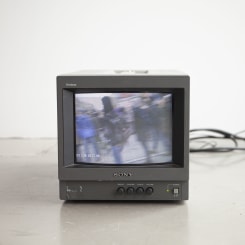 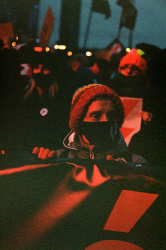 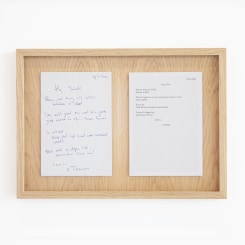 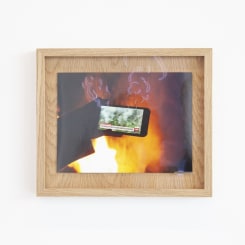 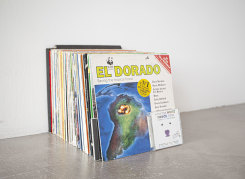 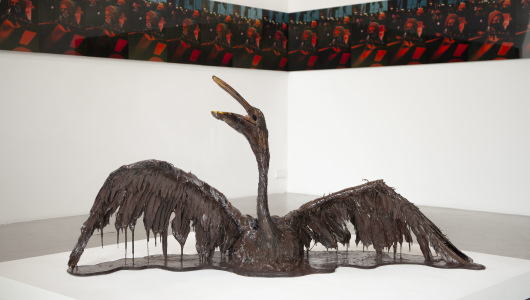