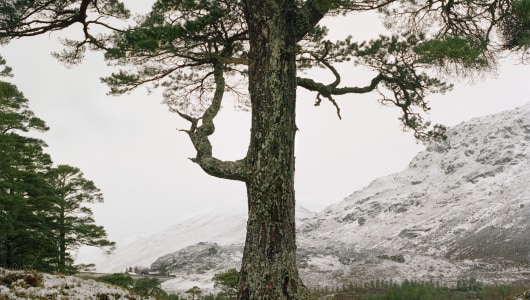 Jeroen Toirkens (Netherlands, b. 1971) studied Photographic Design at the Royal Academy for the Visual Arts
in The Hague and is working as an independent photographer and filmmaker since 1995. He focuses on
social documentary photography and slow-journalism and has published extensively in national and
international newspapers and magazines.

In 1999 Toirkens initiated a project called Nomadslife. He became fascinated by the nomad families high in
Turkey's Bolkar Mountains and encountered the way of life of the Yörük, who were struggling with the
pressures of a modernising Turkey. Many of the young people were departing for life in the cities. In the
following years he visited other originally nomadic peoples who were encountering comparable problems. In
2005 and 2006 he spent time with the Sámi and the Nenets in Russia. And in 2010 he visited Barrow in Alaska,
the centre for traditional whaling. There the nomadic life has already made way for a settled lifestyle.
In 2011 his first book NOMAD (Lannoo, 2011) was published. With this book Toirkens creates a diverse and
often poignant picture of nomadism in the 21st century. Jelle Brandt Corstius journalist and presenter, who
accompanied Toirkens on a number of trips, wrote an extended essay for the book.

In 2012 he was awarded with the prestigious CANON prize (best innovative photostory) for this project.
According to the jury: “A project that, in these hectic times, stresses that a long focus on one issue leads to
new insights, knowledge and images that transcend clichés in a superior way.”

In 2013 his second book, SOLITUDE In the wake of Willem Barentsz (Lannoo, 2013) was published. For this
book Toirkens worked together with writer Petra Sjouwerman. Together they sketch an intimate portrait of
people living in solitude in the Arctic North of Norway, Sweden, Finland and Russia, an area called the
Barents Region. Europe’s last true wilderness.

In 2015 he was invited by the Anchorage Museum for a residency in the arctic. Toirkens traveled to the remote islands
Little and Big Diomede situated in the middle of the Beringstrait. Big Diomede belongs to Russia and Little Diomede
is part of the United States. While they are only 3 miles apart, the international date line seperates them by one day.
He documented the history and living culture of a population separated by geography and politics. The work resulted
in the international group show ‘View From Up Here’ in Anchorage, Alaska.