Theatre-maker, actor and visual artist Thomas Verstraeten (°1986, Belgium) lives and works in Antwerp. Along with Stef Aerts, Joé Agemans and Marie Vinck, he is part of the FC Bergman theatre company, creating plays and operas that have won respect nationally and internationally. The floundering, ever-striving human being takes centre stage in FC Bergman’s work. The productions are characterized by large-scale montages of images and experiments with theatre in vast spaces, with groups of extras and integrated video. For the last six years, FC Bergman has been attached to Antwerp’s municipal theatre Toneelhuis.

Verstraeten also works independently of FC Bergman on an art practice that straddles performing arts and visual arts. In his visual practice, Verstraeten spins narratives out of the movements of the city and its inhabitants, out of their visible and hidden stories and lives. In his videos, installations and often participatory performances, the ordinary is theatralized into the extraordinary. Theatralization is “not about the creation of fiction, but the transformation and idealization of time and space” (Bart Verschaffel, On Theatricality). These projects have been presented in the urban public space and in cultural institutions.
Kunstwerken
Articles
Media
Highlights
Over de kunstenaar
In collectie van
Tentoonstellingen
Marktpositie
CV 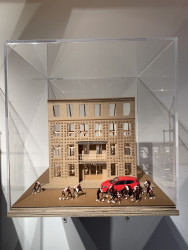 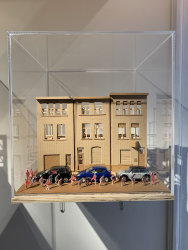 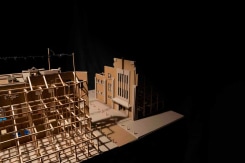 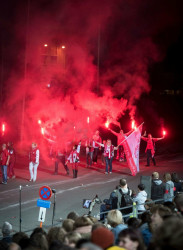 The parade of men, women and those who look from a long way off like flies
2018 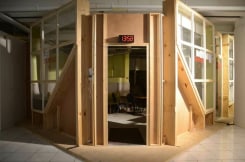 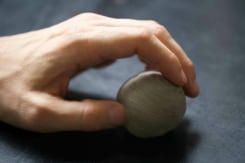 Through time and today
2011 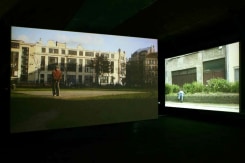 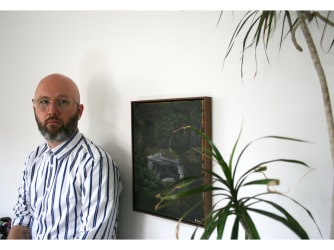 The parade of men, women and those who look from a long way off like flies The parade of men, women and those who look from a long way off like flies revolved around one event: the filming of a large-scale parade, in which a motley collection of some 1,000 Antwerp residents and visitors to the city took part. Using a fictitious classification system, I tried to bring order into the then chaos of the street, the city and by extension the increasingly complex, polarized world. By dividing the participants into fifty different categories, I set out to make The parade the place where the city presented itself. On the one hand, the parade was an ode to the street, a celebration of the rich and varied public space and its inhabitants, but on the other hand it rendered problematic our one-sided, ordering view of that same public space. The parade was viewed from a large tiered seating bank, erected on the Frederik Van Eedenplein on Antwerp’s left bank. Several large stadium lights lit the street and seating bank in the darkness. In a single movement, De parade filed past the seating bank packed with spectators. It was filmed and transmitted direct by the local television channel ATV. A year on from that date, I set about collecting the video images ATV had filmed during the parade in a bid to expose new layers of meaning in a monumental montaged trilogy. The focus is on the relationship between the spectator on the seating bank and the participant on the street. Between the viewer and the viewed. Sound artist Senjan Jansen created a spellbinding sound set for the installation.
Tentoonstellingen 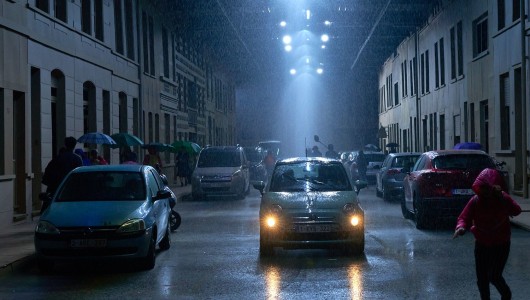 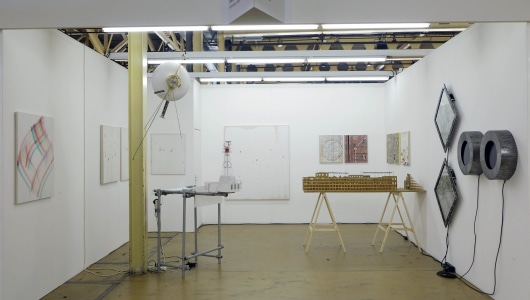 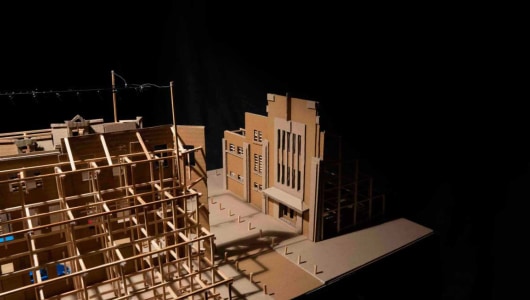