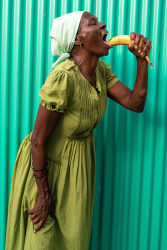 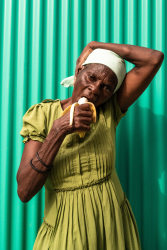 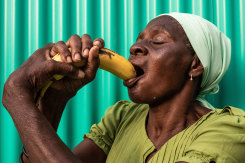 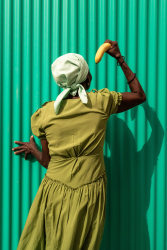 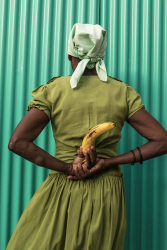 Lola Keyezua Beautiful People Know Is a video installation exhibiting a young woman that slowly combs and braids her hair as a ritual to explore her identity and protect her natural hair due a long hair care ritual. She sews book pages to her hair and tries to protect them by hiding it in a braided hairstyle while the book pages of wisdom and awareness are crushed into small hair buns. Her hair care is slow and requires patience from the viewer to connect to the fear of not being accepted in our society, with the feeling of resistance, with the feeling of hair as a political act and with the feeling of hair as the root of identity, BLACK IDENTITY. Beautiful people know … The audio is from a 70´s hair commercial from Afro Sheen. Online posted as “Afro Sheen Ad 4″ 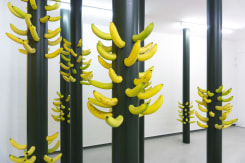 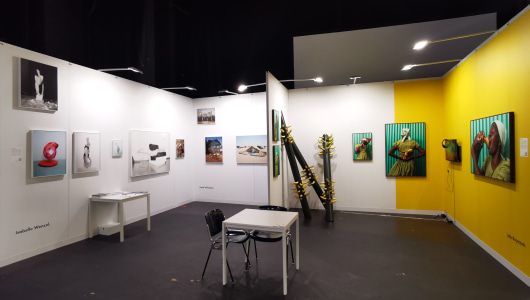 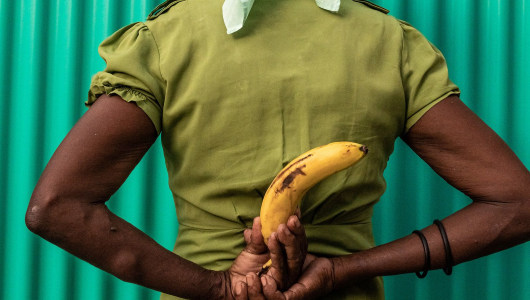 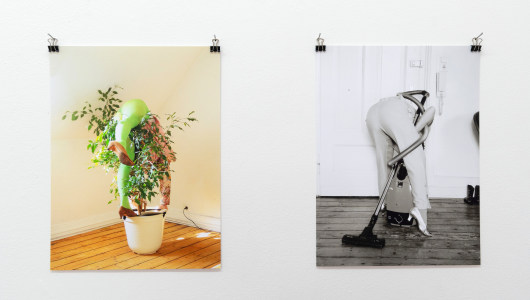 Education.
2014 • BA Interactive Media and Design at Royal Academy of Arts in The Hague, NL.