“Time is on our side” Interview Hans Rooseboom, curator of photography at the Rijksmuseum 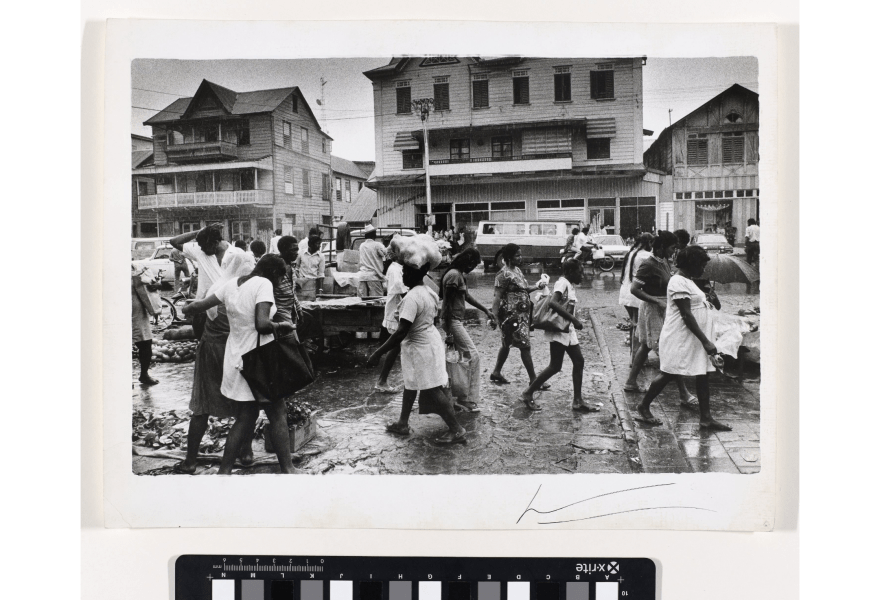 A private collection often starts casually. After some deliberation, you buy a first piece of art and not much later another, and off you go, you have a collection that you can put together entirely to your own liking. But how do you proceed if, like the Rijksmuseum, you already own 150,000 photos? What differences and similarities are there between private and professional collectors? What do they pay attention to when making a purchase and how do they deal with a large donation? In the run-up to Unseen we spoke to Hans Rooseboom, one of the two curators of photography at the Rijksmuseum.

What are the differences and similarities between the collector and someone who buys on behalf of an institution?
“There are two major differences and one similarity. In the first place, a collector can afford to rely only on his or her gut feeling, because he or she only has to account for his own spending. A professional collector, on the other hand, spends money raised by the state, members, sponsors, or from ticket sales. You do not spend your own money and that’s in the back of your mind. We are part of an institution and are accountable for the purchases we make.
A second difference is that we have time on our side. A private collector may have 40 or 50 years in which to build a collection, a museum lasts longer. We can build on what is already in the collection, and our successors can build on what we have collected. The similarity is in the decision whether or not to buy something or not. When face to face with an art work, we ask ourselves the same questions as a private collector. Is the work interesting or not? Is this copy good enough? Is the price reasonable?”

How do you determine whether a work is interesting for the collection?
“That’s an educated guess, of course. You hope you buy the right things, but that only becomes clear in the future. As a professional collector, seeing a lot of photography and being well informed about what is on offer is part of your work. Then you can make the best choices. Unseen is one of the places where we can buy. I go there with a pleasant excitement, because I might see something there that I wouldn't want to miss that very day.
Seeing a lot and comparing a lot allows you to select those few things that are interesting for the collection. You have to rely on taste, knowledge and insight. You really have to be convinced of a purchase, because if you buy a pig in a poke you’ll be reminded of that as it will always remain in the collection.
It is also good to note that although we have 150,000 photos in our collection, we do not have the same number of photos from every sub-area or from every movement. If you have little of something, it is better to buy one very good photo that tells the story of a certain movement, than to buy several lower-quality photos. It should be about the power of the image, the visual attractiveness. We are not stamp collectors who continue until the collection is complete.”

In the past, the Rijksmuseum bought work by Anne Geene and Viviane Sassen on Unseen. Why work by these artists in particular?
“I already mentioned that we have time on our side, but we also have about 10 subjects and genres that we focus on in particular. One of them is botanical photography, we have some highlights from the history of botanical photography. Anne Geene's work is a beautiful, logical addition to Anna Atkins' cyanotypes and Karl Blossfeldt's photographs.
The same goes for the series of works we bought from Viviane Sassen. She made that series in Suriname and it was on display in Huis Marseille earlier that year. The Rijks has a large collection of photography from Suriname from 1845 until the Surinamese independence in 1975. However, we hardly had any work from the period afterwards, so Sassen's work was a good contemporary addition.”

Do you decide in consultation with Mattie Boom, the other curator of photography?
“Yes, the unwritten rule is that if one of us doesn't like a certain work, the sale doesn't go through. This protects you from impulsive or overly outrageous choices. We usually go to an art fair together and walk our rounds together.”

In that case it might be handy if your taste is somewhat similar, otherwise little will be purchased. Or am I wrong?
“It's a wonderful coincidence, but Mattie and I are quite similar in many ways. In any case, we generally agree on what kind of photography we want to collect and what image of photography history we want to give. We both started at Rijks more or less at the same time and have been making exhibitions, books and publications together for almost 30 years now. That won't work if you don't like each other. She is my office spouse, as the British call it. The two of us 'do' the entire history of photography. That is quite special when you consider that the Rijksmuseum has its own curator for painting for every century.”

Returning to the Surinamese collection: in the case of a donation, is it also important that it fits within the sub-areas that the Rijks collects? I can imagine that this played a role in, for example, the work of Willem Diepraam?
“That's right, Willem Diepraam made a number of series about Suriname on the eve of dependence. Those series are interesting for our collection. In 2009 he decided to donate a selection of his own work. We had previously purchased his collection of 20th century photography, which forms the basis for our 20th century collection. We had to catch up there.
Something similar happened with Erwin Olaf's donation. At the Rijks we have known him for a long time and we already had fragments from his oeuvre in the collection, for example the entire Chessmen series. He feels at home with us and at some point in his career wanted to house his work somewhere. Erwin Olaf is a representative of modern staged photography, a movement that was virtually absent from our collection. His oeuvre contains many good examples of that genre: it is aesthetic and perfectionistic, but also romantic.”

Suppose there is a tax windfall at the national government and the Rijksmuseum receives a blank check. What would you buy then?
Grins and hesitates for a moment: “Good question. You should always rely on things that are offered. That is often an educated guess, because you have no control over the market.
For example, we waited 15 years for a particular photo of Emil Otto Hoppé. It was in the possession of a female collector in Amsterdam. We've been secretly hoping for years—since we saw that photo in her home—that one day we'd be able to buy or get it. In the course of those almost twenty years we did not come across a second copy. Many photos from before the 1970s are very rare; sometimes only one copy is known. Until then, there was no market for photography, so everything is by definition rare. Why would a photographer make ten prints if there was no demand?
We have also long dreamed of adding Photographs of British Algæ (1843-53) by Anna Atkins to the collection. A copy of that book may come on the market once every 10 years. Atkins may have made 25 – the run is unknown, but it can't be much more – of which 17 or 18 are known. We had to wait patiently for that purchase for 10 years. In the end, we were offered it through a well-known New York dealer. It's the kind of transaction you only do once or twice in your career. If ever there was a reason to open the champagne, it was then.”

Do you have a tip for the visitors of Unseen?
“It may sound obligatory, but don't buy as an investment. Choose with your heart and eyes and enjoy looking at it. Make sure you've seen so much that you're sure that what you like today, you will still find beautiful ten years from now."