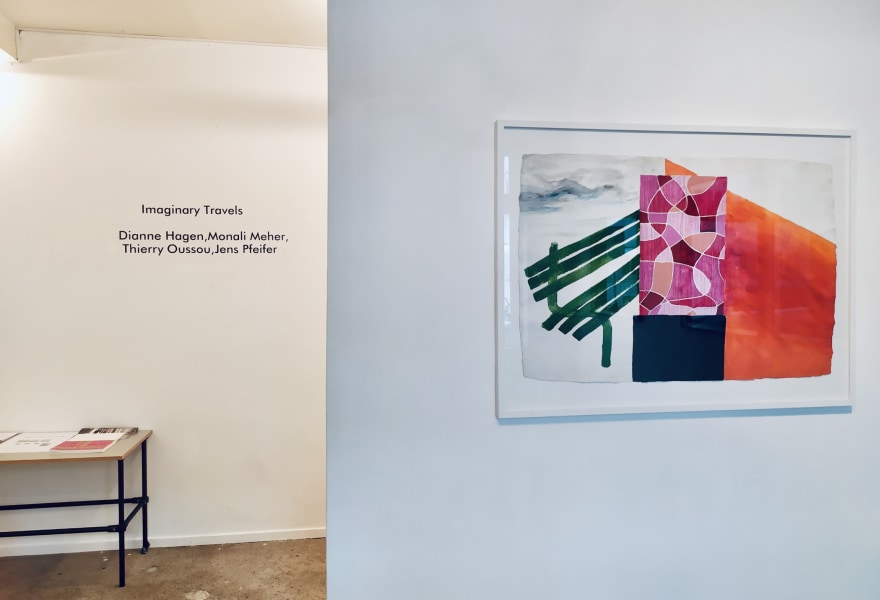 Lumen Travo Galerie has currently programmed the group exhibition “Imaginary Travels”, in which they are showing works on paper by Dianne Hagen, Monali Meher, Thierry Oussou and Jens Pfeifer. In the exhibition, the artists show a series of imaginary journeys, almost all of which were made during the first lockdown in 2020. 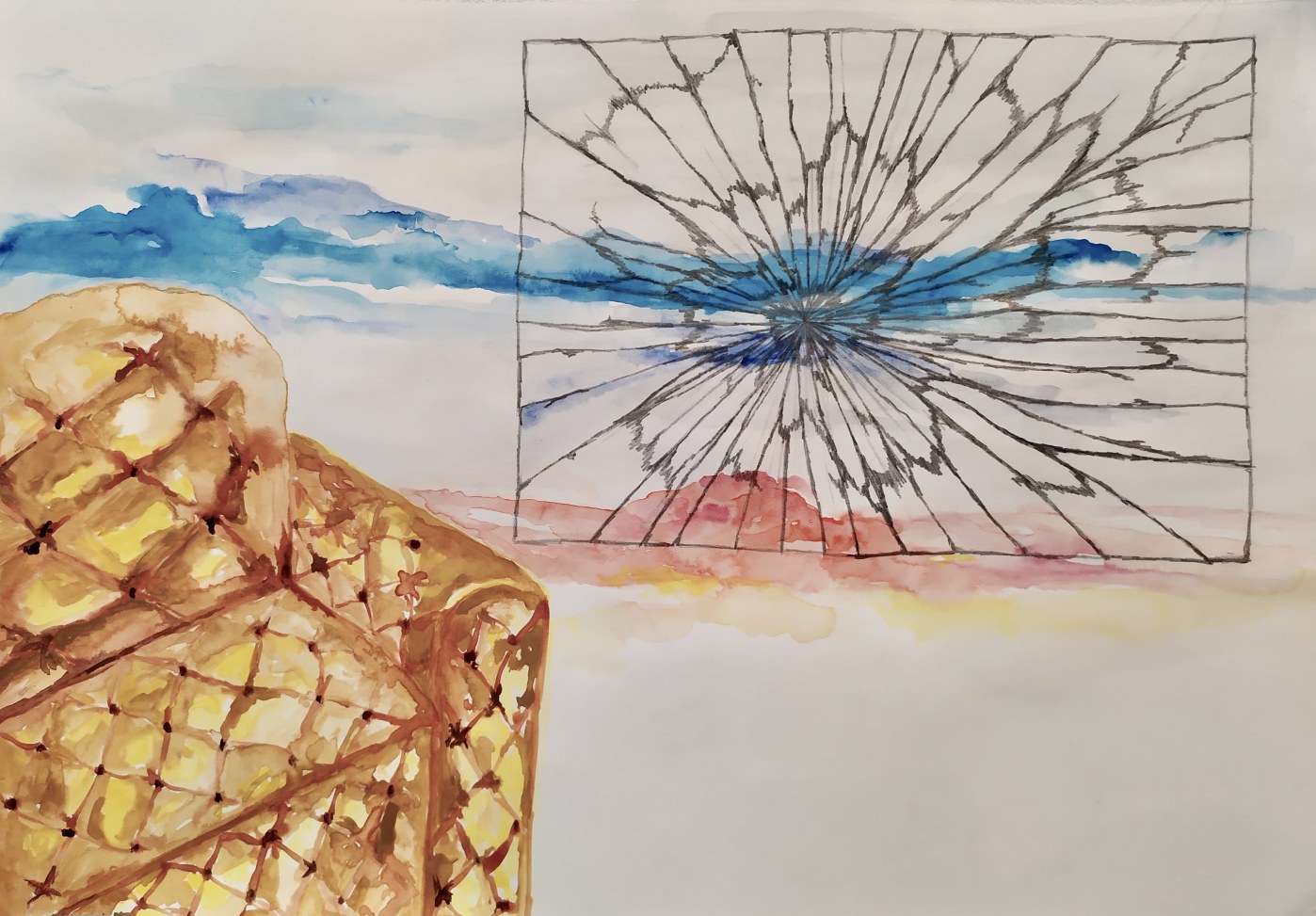 The works of Dianne Hagen, a Dutch artist, are almost always untitled on an individual level, but are often part of a series. For example, in this exhibition, she titled the works "Aux bain-Marie", referring to the famous method of melting chocolate with care. The word “aux” stands for “to” here, in the sense of being on your way to something. Previously, Hagen made work that was based on the Rorschach test, also known as the Rorschach inkblot method. Her works have both an abstract and a figurative aspect to them and Hagen is known for the remarkable materials that she uses for her instinctive and fragile-looking works: from silicone sealant to architectural paper. For the watercolour and acrylic drawings shown in this exhibition, she uses materials like wrapping paper and pieces of textile. For earlier series on paper, she also made use of pieces of plastic, aluminum foil, letters from magazines, glass and mineral modeling paste. Her works play with the supposed two-dimensionality of works on paper, which regularly results in striking and unexpected combinations. 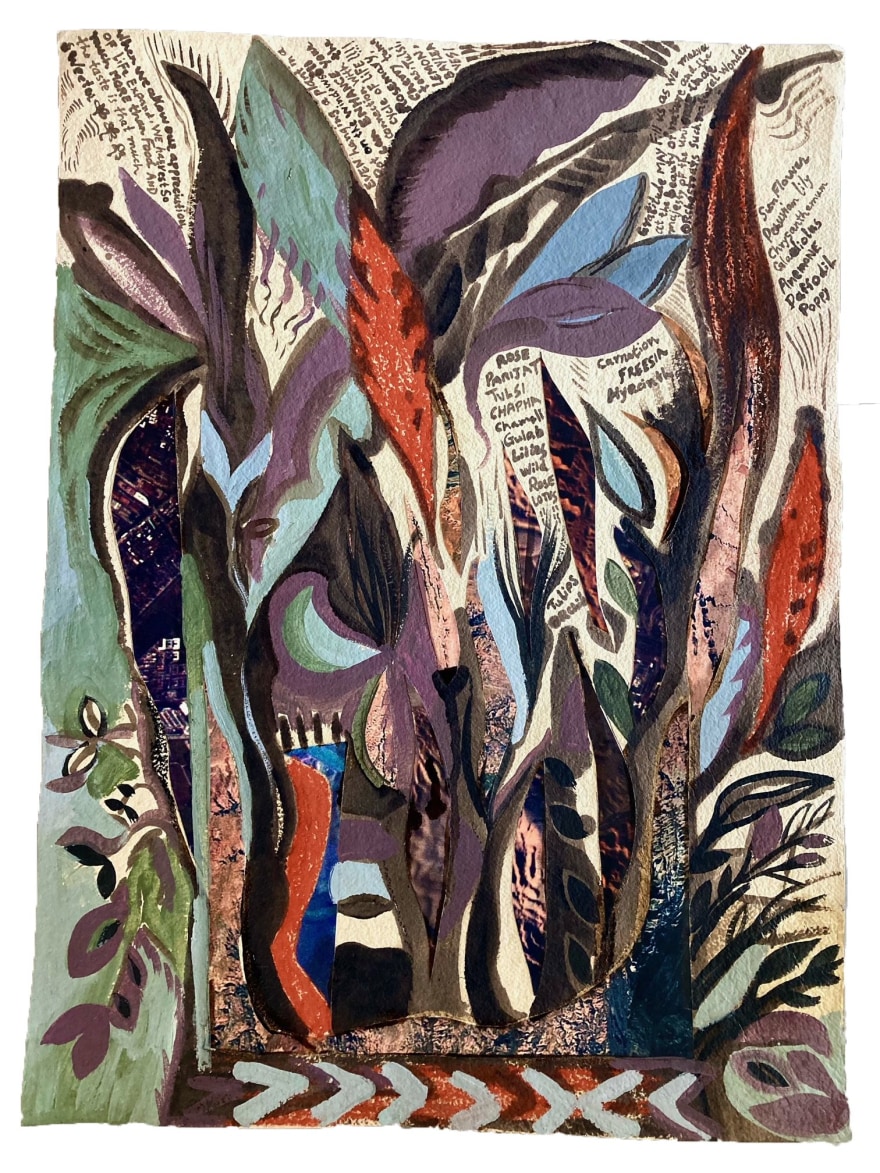 Indian artist Monali Meher also works with mixed media, in a series of works on paper that are enriched with food coloring, inks, pigments, face paint and sandalwood oil — used as a means to relieve physical and mental pain. In combination with the images, this creates a number of almost ritual acts. Meher: “Drawings for me are like autobiographical diagrams. My use of natural and ephemeral ingredients results in a process of perishing and transitory moment of the time. I transform the nature of manner in which materials react, what shape or smell they produce, what impact they make on my viewers and how the space around my art and audience gets transformed.” Meher completed a residency at the Rijksakademie and showed her work at Tate Modern, the National Gallery of Modern Art in India and the Van Gogh Museum, among others. In her work she often centers the human body and universal emotions and events, such as death and the abstract sense of home — or the lack thereof. Meher created these works in 2021, against the background of the horrors that are currently taking place in her motherland.

Thierry Oussou describes his artistic method as ‘social archeology’, in which he explores the relationship between ethnographic objects and contemporary art. He likes to work in large format, on black paper. He is actively observing the people around him, their motivations, mutual relationships and interactions. The Amsterdam-based artist was born in the West African country of Benin, that regularly recurs as a subject in his work. For his most recent artworks he researched cotton plantations in Benin and the positive impact of those plantations on the economic growth of the country. In his practice, Oussou tries to visualise and record social, historical and political power structures from the past and present before they disappear. To this end, he elaborates on themes such as authenticity, history, heritage and visibility. His depictions often show splashes, scratches and calligraphic marks, as well as faces, objects and distorted figures that seem to float against a dark background. 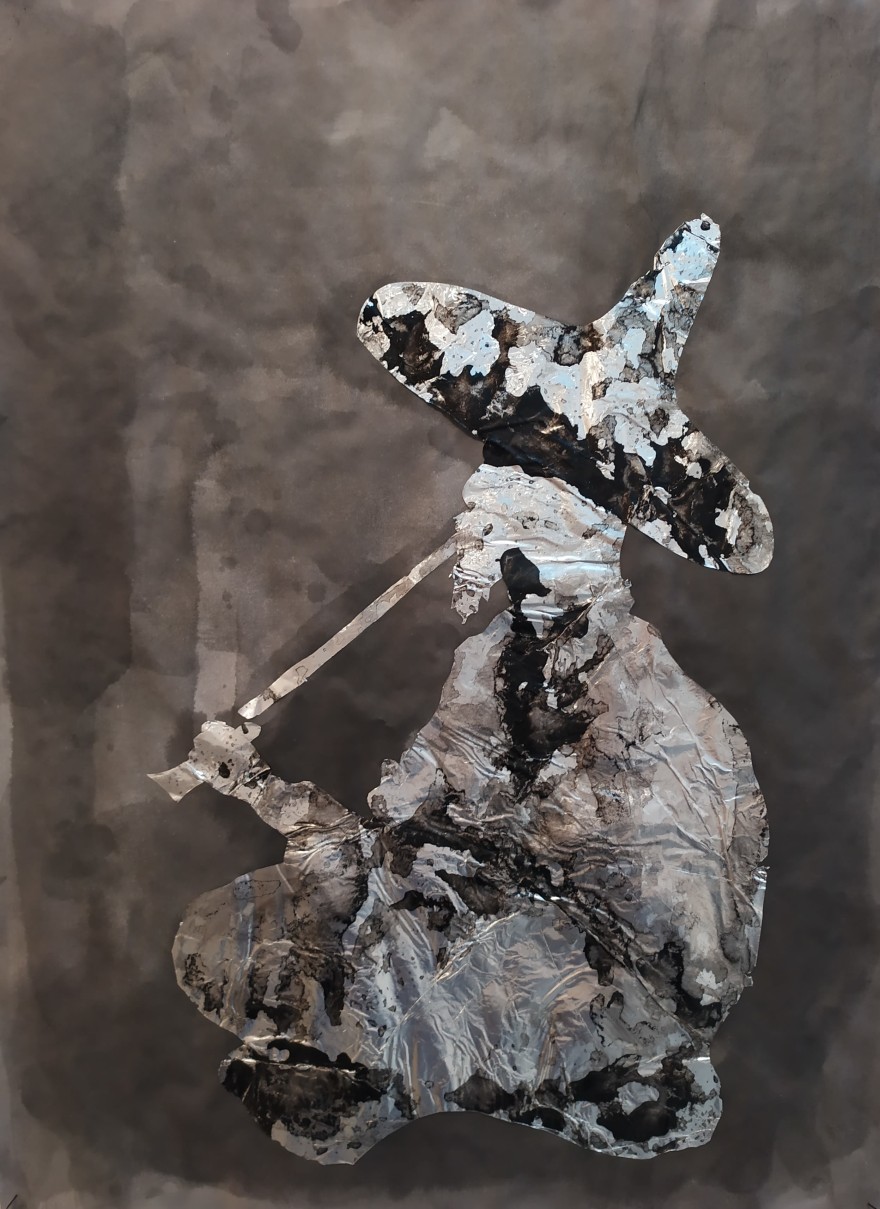 The German artist Jens Pfeifer was born in the Canary Islands but grew up in Göttingen in Germany, surrounded by trees. The relationship with animals and nature was therefore central to his work for a long time, often with a scientific approach. He often contrasts people and culture in his work. He subsequently studied at the Royal College of Art in London and at the Rietveld Academy in Amsterdam. In this exhibition, Pfeifer shows “Smokers”, a series of works made of aluminium foil and ink on paper, which he made during his stay in China. He took many photos there and noticed how smoking is an intrinsic part of daily life there: as a status symbol (some cigarettes even contain gold leaf!), but also as a social lubricant. He chose aluminum foil as a material; on the one hand because it is part of the cigarette packaging and on the other as a symbol for the cold, reflective elements in the architecture of the city where he stayed. The work of Pfeifer has been included in the collection of Museum Boijmans Van Beuningen in Rotterdam.