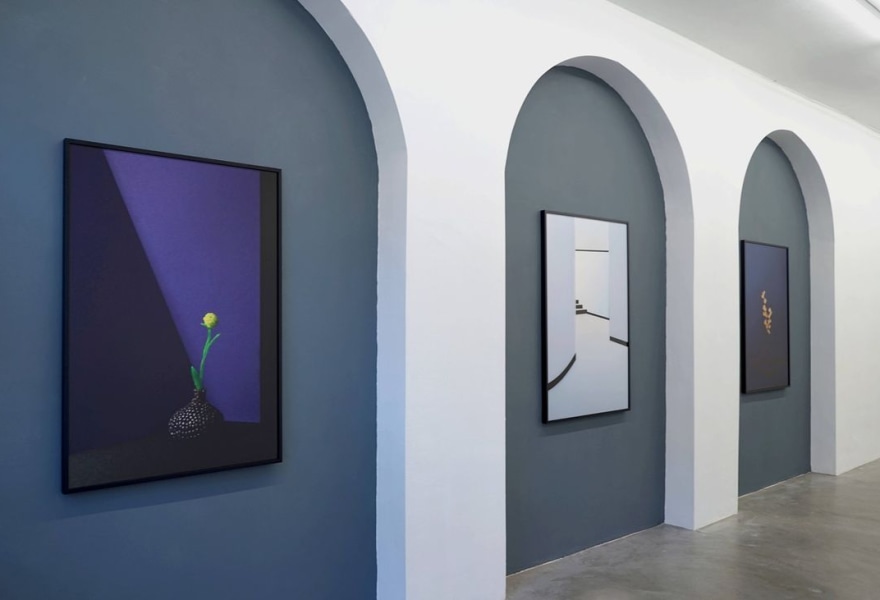 Until January 9, 2021, TORCH will be showing ‘A Paper Perspective’ a solo exhibition with work by Popel Coumou. For the occasion, a number of larger works are beautifully presented in the gallery's arches, painted for a deep contrast. At the same time, Coumou’s work can also be seen in the Fotomuseum in The Hague, in the exhibition "Paper and Light". A special lighting plan has been designed for this exhibition, allowing the works to be perceived differently each time.

Coumou: "I think it is important that you need a longer time to understand the image, that it does not immediately reveal itself.” 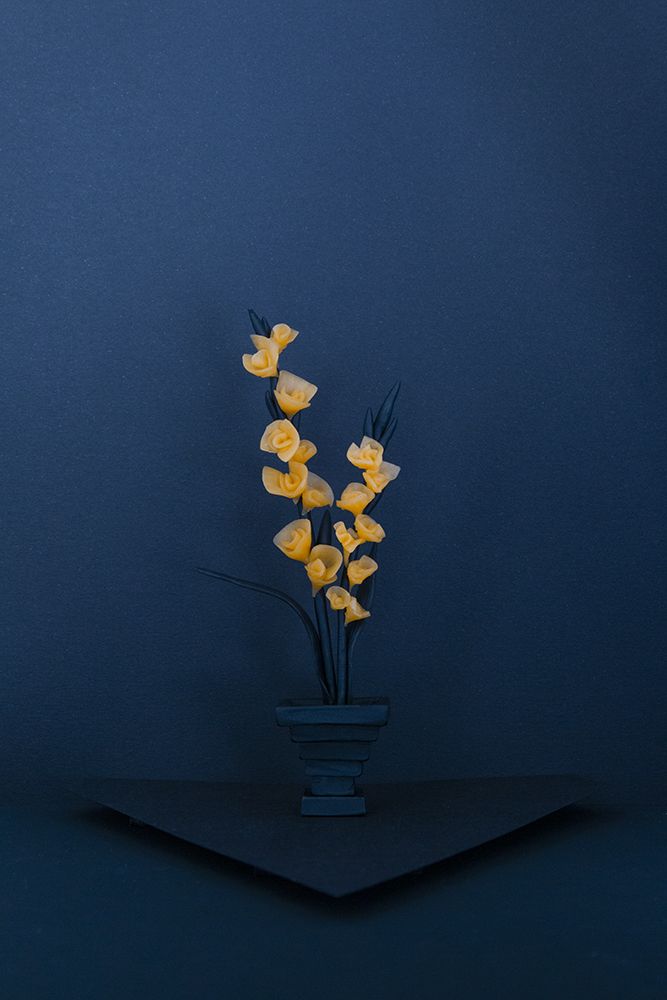 Coumou is known for her analogue, two-dimensional and model-like collages, for which she requires nothing more than paper and directed light to suggest space, depth and perspective. In fact, she is harking back to the basic ingredients of photography: paper, light and the ways in which the maker interprets and records reality. Coumou: “Using light in the right way makes my work more realistic. If I were to photograph my work without light, the image would remain very flat. I discovered the importance of light in photographing my early work, made of clay. When I shined light on it it suddenly became three-dimensional; it got real and it started to live. In this way I balance a bit on the border between reality and fiction.” 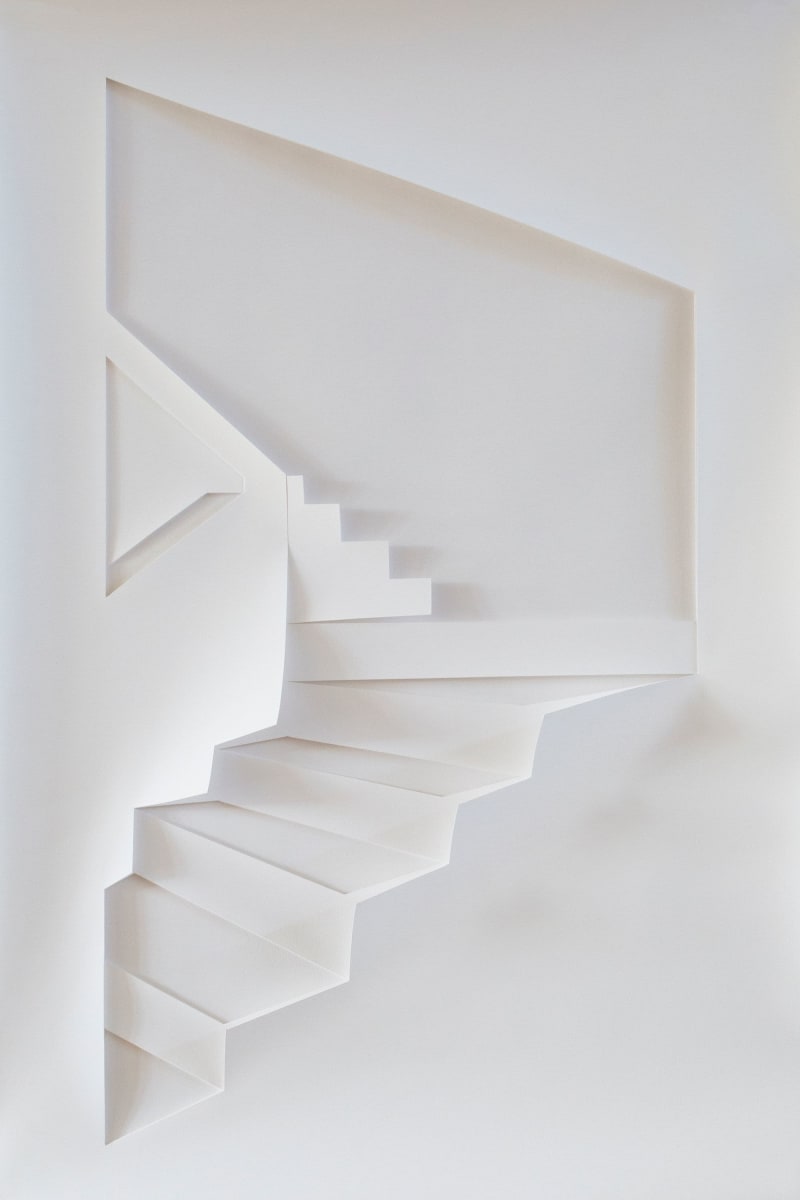 With her photos, Coumou asks questions about the ways in which we perceive spaces. She also examines how much she can leave out without losing the essence, so that the resulting graphic compositions look almost abstract: both coldly modernist ánd intimate. She invites the viewer into empty spaces, which play a leading role due to the lack of characters. For example, for a long time, she was fascinated by the anonymous loneliness of hotel rooms. Coumou: “I am always looking for spaces that affect me and carry a certain underlying tension. I have never actually been concerned with human feelings. Rather, I’m more concerned with the space and its abstract composition, to bring it back to its essence. In the indoor spaces that I photograph I mainly play with the feeling of human absence. Characters are hardly ever visible in my images. Yet you notice that it is a human space and that someone has been there; by the presence of a chair, for example. And since my images are so minimalist, there is plenty of room to recall certain memories of the viewer that they have experienced at a particular point in their lives. They are often memories that they never really think about, but which come up again when they see these spaces.” 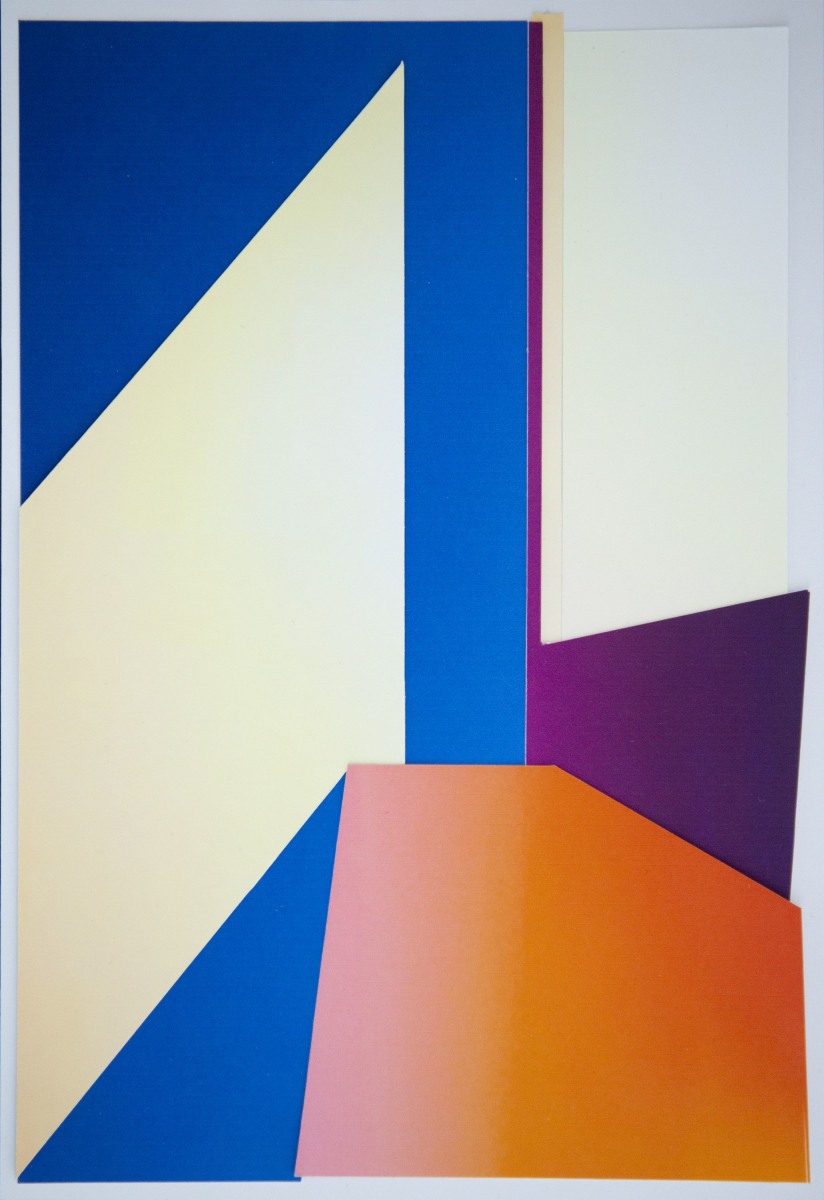 She plays with our expectations by not meeting them at times. When looking at certain photos your eyes expect, for example, an extra line - and thus an angle or a demarcation - to complete the image. At times it may seem as if she has used Photoshop, but behind her practice lies a more artisanal approach, in which she adds layers of paper of different thickness to the photographic image, after which she records it again, using an analog camera. She subsequently blows up the negatives into a large grainy photo, causing some sort of additional distortion. Coumou also makes use of miniature still lifes made of clay, of which often only a small detail betrays the actual size.

Coumou's work has been exhibited in New York and Dubai and has been included in the collections of Huis Marseille, Foam Amsterdam and the Kunstmuseum in The Hague. In 2012 she was selected for Foam Talent.

The exhibition "A Paper Perspective" will be on view until January 9, 2021 in TORCH in Amsterdam.