Interview with Liesbeth Willems, former curator of the KRC collection 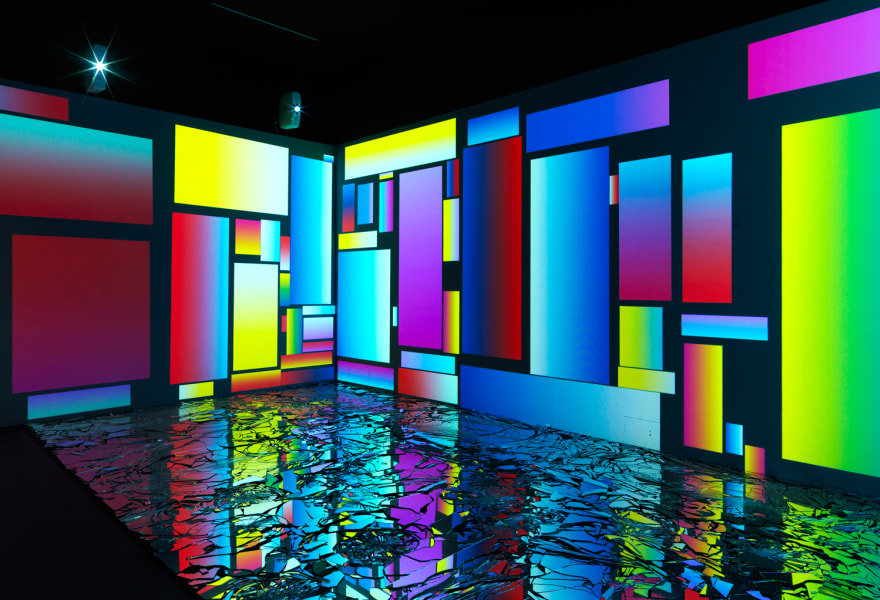 It is the dream of every art collector, a museum exhibition about their own collection. But how do you build a museum-worthy collection and what do you run into?

Liesbeth Willems (1947) was curator of one of the Netherlands' leading private collections, the KRC collection. From its inception in 2001, she was involved in the collection of the Indian-born Dutch entrepreneur Rattan Chadha, the man behind Mexx, Spaces and design hotel chain CitizenM. Under Willem's guidance, the KRC collection grew into a collection of international allure and size. Among the more than 900 works are pieces by international artists such as Gilbert & George, Paul McCarthy, Grayson Perry, Marlene Dumas and Michael Borremans, as well as many talents such as Roger Hiorns, Funda Gül Özcan and Florian and Michael Quistrebert. The crowning glory was the Trouble in Paradise exhibition with works from the KRC collection in the Kunsthal Rotterdam in 2019.

We speak to Liesbeth Willems on the occasion of the publication of Gert Jan van Rooij's book with installation photos of the exhibition.

How do you become the curator of a private collection?

It was not a premeditated plan, but I did have the right background. I had studied art history and had already worked for Christiaan Braun's Museum Overholland. At Overholland, I worked as a curator on exhibitions by Louise Bourgeois, Marlene Dumas and Thomas Schütte. Later, I wrote for the magazine Villa d'Arte. A friend who was restyling Mr. Chadha's house in Wassenaar asked if I would like to help with art purchases for the house. However, Mr. Chadha wanted to collect art. That is why I suggested that the three of us take a look at Art Basel. That was in 2001. Afterwards, I got the assignment. Initially as a freelancer, I later became a permanent staff member.

What is it like to work directly for a collector? I imagine you have to get used to each other at the beginning?

That's right, Mr Chadha once called me his most expensive wife. You are a kind of psychologist. First you have to map out someone's character and traits and draft a plan based on that.

I soon came up with the idea to have him collect internationally. That suited him well, because he had just started CitizenM in 2001 and was travelling a lot. But what was especially interesting about this international perspective is that you could build up a different collection.

How does such a working relationship develop?

If you want to be taken seriously as an art consultant, it is important to maintain a certain degree of autonomy. Especially if you work for someone who is successful and is used to being proved right. For example, collectors tend to clutter the walls, but that doesn't always work well. After a few years, I made an exhibition at the KRC head office in Voorschoten. The preparation took some time and after the installation of the exhibition, Mr. Chadha wanted to add extra works. I told him I wanted to sleep on it. The next day I said I didn't want to make any changes to the exhibition. He accepted this and this creates a relationship of trust.

Is that personal relationship also the biggest difference with a museum collection?

Yes, the difference is mainly in the speed with which a decision is made. Collectors can act more intuitively and impulsively than a museum. When you go to a fair with a collector like Chadha, something has to be bought. The first time we went to Frieze, we bought 25 works, which is a lot by any standard. A museum, especially abroad, needs a lot more time to purchase something. First a decision has to be made and then the funds have to be there. Sometimes it takes a few months. It has also happened that we wanted to buy a work that had already been promised to a museum. After a few months, that museum canceled the purchase, so that we could still buy it.

The first thing we bought was a portrait by Francis Picabia. In my position, you have to realize that you are not collecting for yourself, but for someone else. So you have to meet his or her taste.

How would you describe your client’s taste?

Of course, a person's taste changes over the years. The Picabia was followed by a series of drawings by Marcel van Eeden, which are of course also figurative. Over the years his taste shifted towards more abstract work. Think of Frank Ammerlaan, Rafaël Rozendaal and Florian and Michael Quistrebert. No surface divisions, but abstract, colourful and above all powerful work. One of his favourite works was Candice Breitz's video installation Queen (a portrait of Madonna), a wall-filling work with screens showing a colourful company of people from Milan singing songs by Madonna. That international aspect really appealed to him.

Apart from the international orientation of the collection, what did the purchasing policy look like and how did you proceed?

After the experience at Frieze, I came up with a number of topics so that we could collect and purchase in a more focused way. That also gave Mr. Chadha something to hold on to, because people like him buys a lot of works and often do not exactly know what they own. The amounts spent on an artwork were also not unusual for him, so such an expense does not have the same impact as for someone on a smaller budget. Now I must add that Mr. Chadha still has a modest budget compared to large collectors abroad, plus he’s not willing to spend an infinite amount of money on a single work. That's why I looked for young, promising artists or artists who were still affordable, such as Jack Whitten.

In practice, it meant that I saw a work first and asked him to come and see it, especially when it came to more expensive works. I had free rein for smaller amounts. At first, I often visited art fairs, but later realized it was more convenient to go to London or Berlin for a week and make appointments so that I could see everything at my leisure.

What is the hardest part of building such a collection?

That is building a relationship of trust with galleries. In the beginning I once said to Mr. Chadha, "I'm going to London, but I don't expect to come back with anything." I wanted to buy a work by Grayson Perry from Victoria Miro, but the big galleries will sell you no at first. You have to make contact and really work to get a piece of art. Call back tomorrow and you will be told. That also gives them time to find out who you are, because they don't want the work to be in the hands of speculators. You’ll reap the benefits of this hard work later. In 2008, in the middle of the financial crisis, we were offered a work by Marlene Dumas by Galerie Zeno-X. You get that offer because you have already built up a relationship with that gallery. You only get such an offer once, so I called Mr. Chadha: "If you ever want another a Dumas, now is the time."

A highlight in your career has to be the Trouble in Paradise exhibition with work from the KRC collection at the Kunsthal Rotterdam in spring 2019. What was the most special about that experience?

The fact that you are approached to make such an exhibition is honorable. The Kunsthal does not ask everyone, of course. Making an exhibition like Trouble in Paradise is also special. I was on it for almost a year. I was given a free hand. The titles for the classification reflect the development of the collection. The first part was called Soul Searching, with mainly figurative work from the early days. After that came Delicious Confusion and Forever Young. The latter relates to the emphasis on young artists that we collected. The only work that Mr Chadha added to the exhibition is a work by Desiree Dolron. That is also a vote of confidence and a nice compliment.

Why did you decide to quit after that?

Fulfilling this position for almost twenty years is quite strenuous. After the exhibition at the Kunsthal I realized that it was enough and decided to stop. A museum exhibition of your collection is of course a highlight, but also a kind of natural ending. This is how more collectors experience it, by the way.

In particular, visit galleries and maintain contact with gallery owners. That way, you’ll stay informed and ultimately you get done most. Also, look at galleries that show foreign artists and have an eye for new media, such as Upstream Gallery.