Esther Kokmeijer: a paradoxical combination of strength and vulnerability 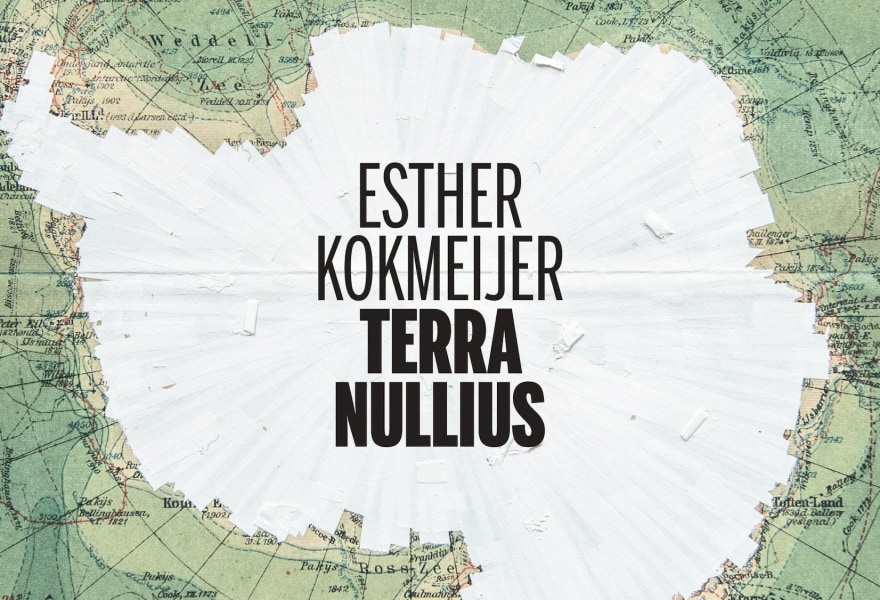 When you come across Esther Kokmeijer's work for the very first time, you may not immediately see a link between the diverse subjects that the artist deals with in her work. Nevertheless, a recurring theme can be recognised: she often chooses subjects and areas that are marked by a paradoxical combination of strength and vulnerability. Until 2 July, a selection of her work is shown in a solo exhibition at Galerie Vriend van Bavink in Amsterdam.

What makes Kokmeijer's work so interesting is that she seems to think like an artist and a scientist at the same time. She completed a degree in graphic design, followed by a minor in Arctic and Antarctic studies at the University of Groningen. Kokmeijer's working method is marked by her many travels around the world. For example, two decades ago she set herself the goal of visiting the center of every continent. That worked out pretty well, except in the inhospitable continent of Antarctica. But she was immediately fascinated by the beautiful and merciless landscape and the interesting geopolitical history that underlies it. She has now worked there for nearly ten years as a guide and photographer and the continent — which covers more than fourteen million square kilometers — is a recurring topic in her practice. 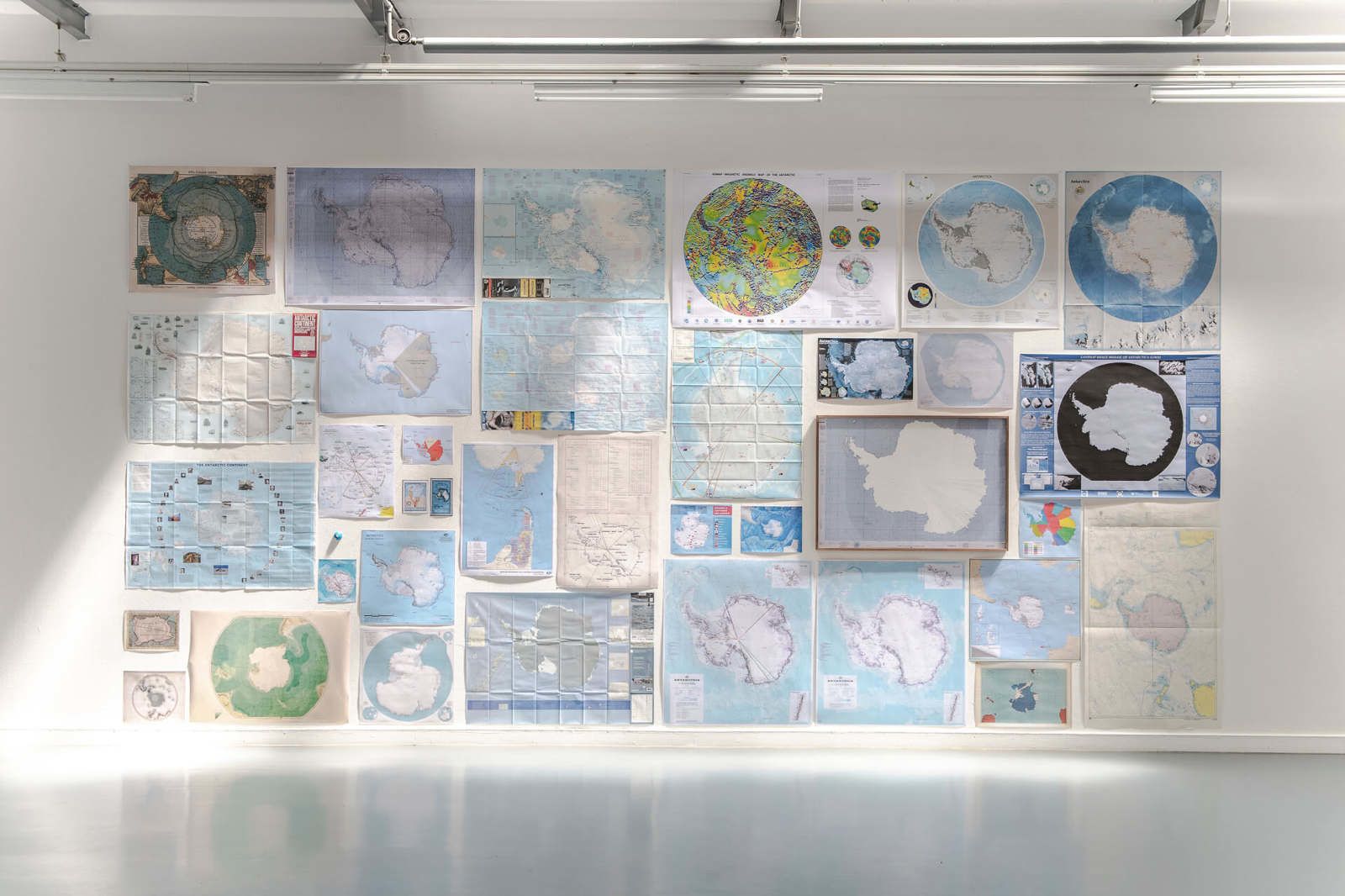 Antarctica is the most protected, but also the most vulnerable area in the world. Along with the high oceans, the atmosphere and space, it is one of the four 'Global Commons', shared areas that officially belong to no one. In the late 1950s, in the midst of the Cold War, the signing of the Antarctic Treaty System ensured that the continent would be dominated by scientific research and the protection of the local ecosystem. Twelve countries, including the US and the Soviet Union, agreed that all military activities would be banned in this terra nullius, this no man's land. In 2019, the treaty was signed by 54 countries.

But the continent is still at risk from global warming; once the main ice caps there melt, global sea levels will rise between three and six meters. The area also has great economic value in terms of raw materials and therefore it has an inherent potential for future conflicts, just like the Arctic. For her series "Ownership and Pioneering on Ice", Kokmeijer looked for current and historical maps of the continent in which different interests emerge. As a statement, she erased all information with Tipp-ex: the artist states that the continent must remain untouched and protected, more information about the area can only lead to large-scale geopolitical and environmental problems in the long term.

In 2020 Kokmeijer founded ANTARKTIKOS, a magazine about Antarctica in which artists and scientists reflect on the area. Scientists and artists both look at the continent in a unique way: with admiration, out of a desire to protect the area without any territorial claims. 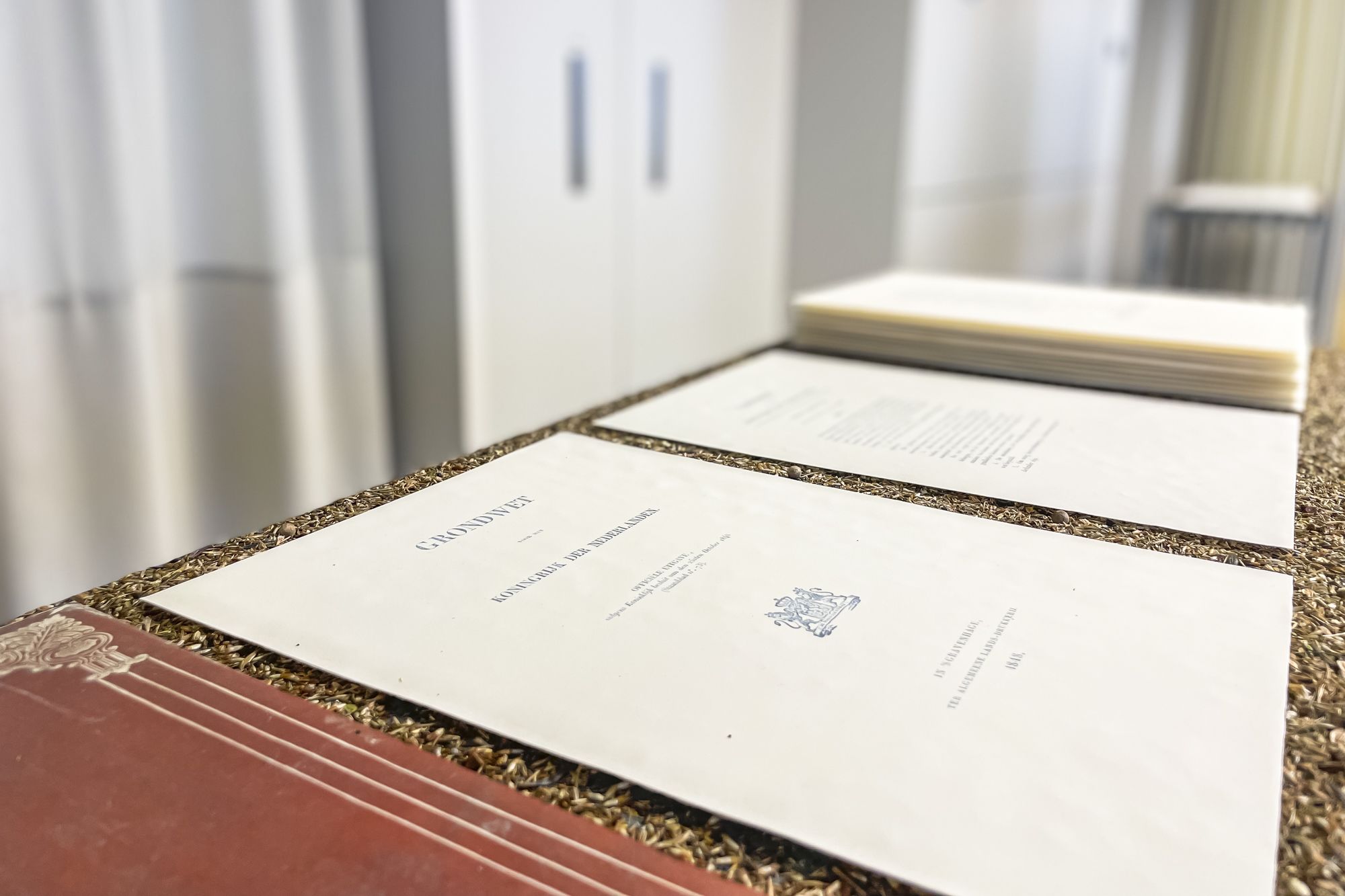 In addition to work about Antarctica, the exhibition at Galerie Vriend van Bavink also includes work from her other series, including cyanometers inspired by the work of the scientist Horace-Bénédict de Saussure and porcelain reproductions of two important historical documents: the Dutch Constitution of 1848 and the 1581 Plakkaat van Verlatinghe — a declaration of independence that effectively deposed the Habsburg king Philip II as a leader. The Dutch Constitution was last radically modernised in 1983, but the basis of the Constitution as we know it today lies in the version from 1848: the result of a peaceful revolution led by Thorbecke, ensuring that Dutch people lived in a parliamentary democracy. Kokmeijer executed these documents in wafer-thin porcelain, copied and fired from the original document. The result is a version that is simultaneously vulnerable and strong, a perfect metaphor.

The exhibition Terra Nullius will be on show in Galerie Vriend van Bavink in Amsterdam until 2 July.