Matthias Schaareman (1986, Arnhem) creates paintings on paper in which the tension between two and three-dimensional space is investigated. The forms in his works refer to home furnishings, theaters, industrial heritage and ornaments from old houses. Decorative patterns and shapes that are used in Arabic miniatures and Japanese woodblock prints inspire him. These elements are used because of the precision with which they were made and because both art forms often create, due to ignorance of perspectives and spatiality, the play Schaareman is looking for. In the flat spaces or vistas in his works, the special elements are ordered and played with in a collage-like manner until all the separate parts come together in the right way.

The forms in Schaareman’s works always possess a certain abstraction. The origin and context from which these shapes are created are still visible, but the artist allows himself to build them up, polish them and break them down again in such a way as to give them a more autonomous form.

An important aspect in the works is the recurring graphical and decorative patterns. These patterns sometimes act as a background, but often become part of the spaces Schaareman is suggesting. These designs are not simply decorative. He also investigates their narrative and spatial meanings.

Schaareman’s work is often created without a preconceived idea. The angle of a windowsill, a newly found color or a pattern on a fabric can all be a motive to start painting. Sometimes it takes months or even several years to complete a work because an element that turns out to be necessary to finish the work is only found later on or because the artist needs a moment of courage to take the final steps. The process of painting is always visible in the layers of paint that are built up and removed time after time. Also the graphical constructions, which are used to create the decorative patterns, are still visible when the work is finished. This loads the works with their own history and presence.

Schaareman received a grant from the Mondriaan Fund for emerging artists in order to focus on his career as a visual artist. He also had the honor to receive the price ‘L’Art est vivant’ for upcoming talents at the Art Paris art fair 2018 where we showed him.

Furthermore, Matthias has had some interesting museum presentations (e.g. the van Abbemuseum) and will have a solo presentatie at the Noord Brabants Museum in July. A very promising young artist!
Artworks
Media
Highlights
Recommendations
Collections
Shows
Market position
CV 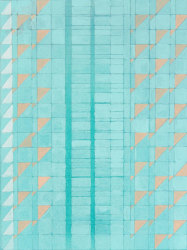 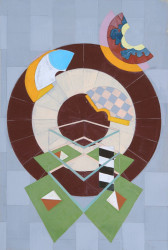 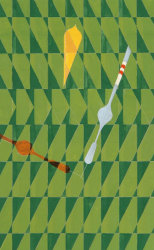 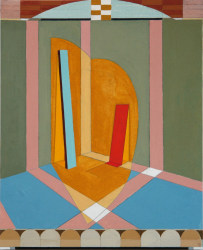 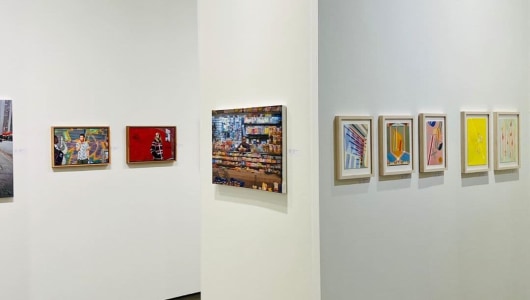 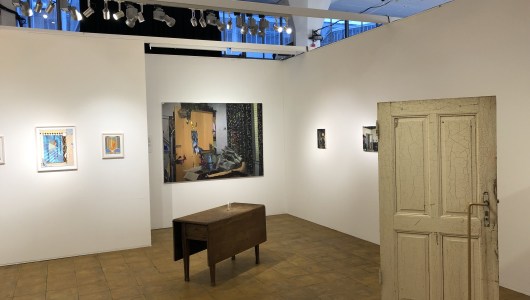 Matthias Schaareman (1986, Arnhem)
Lives and works in Arnhem, The Netherlands