With his sculptures, usually carved out of one massive block of wood, Stephan Balkenhol was among the first artists of his generation to reintroduce the figure to contemporary sculpture. With a hammer and chisel, the artist gouges his figures out of the tree trunk. He takes no effort to hide the shavings and traces of the tools visible in the wood with its knots, grain and cracks. Rather this is part of the work – an inheritance that was perhaps passed on by his minimalist teacher Ulrich Rückriem. In most aspects, however, Balkenhol did not follow the Minimalist and Conceptual trends he was exposed to as a young sculptor. Inspired by the social and political changes of the 80’ s, the artist felt it was necessary to reinvent the figure “to resume an interrupted tradition”. 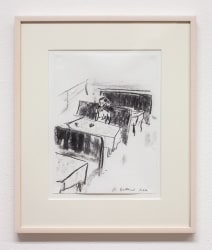 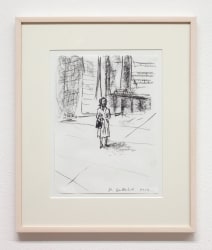 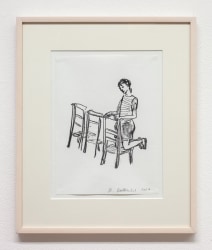 Stephan Balkenhol at Galerie Thaddaeus Ropac, Salzburg. This short video includes views of the artworks, as well as comments from the artist himself. Video by David Neumayr & Lucas Triebl. 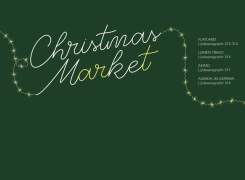 Stephan Balkenhol is one of the most important sculptors of his generation in Germany and worldwide. AKINCI started working with Stephan Balkenhol in 1992. In 1995 came his international breakthrough with the high-profile retrospective in the Hirshhorn Museum and Speech Garden in Washington D.C. After this Stephan Balkenhol had museum exhibitions throughout the world, including Centro de Arte Contemp. Malaga, Spain (2018), Moscow Museum of Modern Art (2016), Deichtorhallen Hamburg (2009), National Museum of Art Osaka / Tokyo (2005), Sprengel Museum Hannover (2003) and Fries Museum Leeuwarden (2001). Stephan Balkenhol is in museum and private collections worldwide, e.g. in Hirshhorn Museum, Tate Gallery London, Museum for Modern Art Frankfurt, National Gallery Berlin and Gemeentemuseum Den Haag. In the Netherlands Stephan Balkenhol has a number of sculptures in the public space: most recently he has made a fountain for '11 fountains' for Sneek in the context of Leeuwarden as Cultural Capital.