When you look at the carefully crafted recent works by Geertje van de Kamp (1986), you may get the impression of a rather rational decision-making process. It is work that excels in order and geometry. Further information shows that emotional and cultural considerations also play a role. Order seems to dominate, but through cultural meanings of shapes and colours.

Van de Kamp received the 'Van Vlissingen Art Foundation Grant 2020', which presented her with a study trip to Japan. This destination arose from her interest in mathematical patterns such as those used in origami. She immersed herself in the geometric repetitions of folded paper and explored the possibilities of making work from this. Her graphic environment also inspires her in the application of shapes and colours, as does the later graphic work of Henri Matisse.

Geertje van de Kamp plays with two- and three-dimensional spatiality and places the shapes evenly and tightly on the base. Her works are executed in two layers of acrylic glass, placed at some distance apart, which also triggers a dynamic shadow effect. She paints that in-between space with acrylic paint in -sometimes meaningful- shape and colour variations. For example, the orange in her work refers to the colour of the Japanese 'torii', the traditional gateway to a Shinto shrine. And the zigzag shape comes from the ceremonial white paper 'shide', the thunderbolt that wards off evil. East meets West in this transformation of shapes and colours.

As a result, her work breathes multiple layers of meaning and looks strong and powerful. The repetition of patterns in combination with the bright colours results in new, completely unique representations. The simultaneity of abstraction and figuration makes her work timeless and invigoratingly fresh.
Artworks
Articles
Media
Highlights
Recommendations
Collections
Shows
Market position
CV 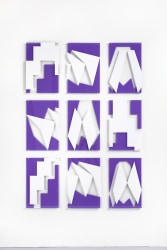 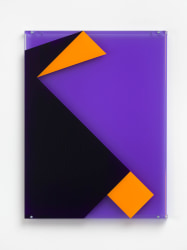 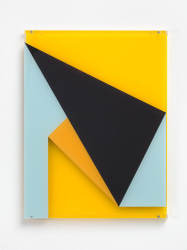 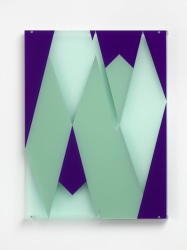 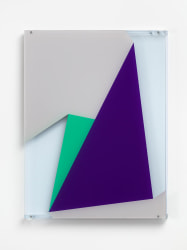 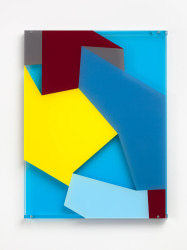 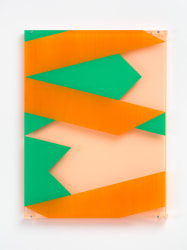 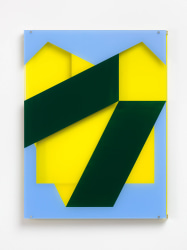 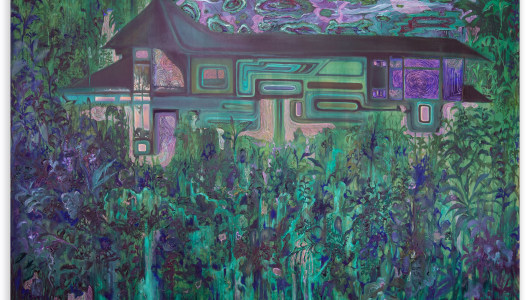 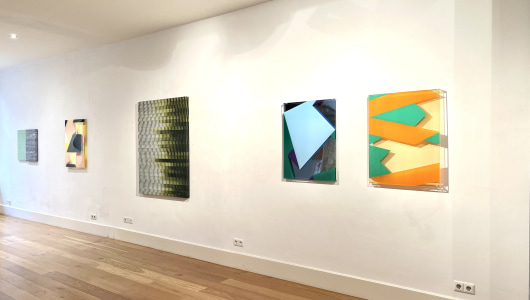 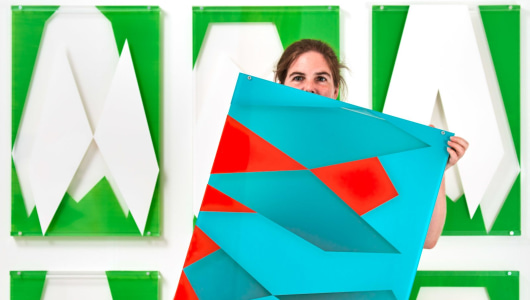 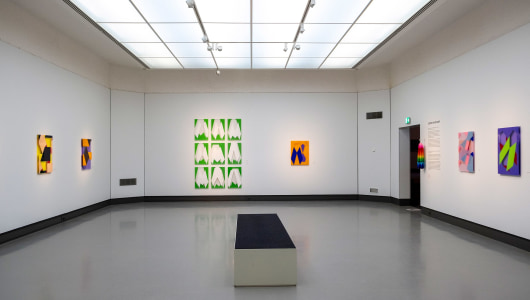