guest
The motto of The London police is to spread joy and love through pencils and stickers and this love is absorbed super well.
The London Police started out in 1998 when the two English men Chaz (1974, Amsterdam) and Bob Gibson (1977, Amsterdam) left the UK for Amsterdam. The London Police from there on took over the streets of Amsterdam with their iconic black and white characters. The happy faces which popped up on the streets gave the city a lot of positive vibe. In a couple of years (1998- 2003) the duo created more than a thousand characters on the streets. And their characters nowadays even gain more success, spread worldwide!

The work of The London Police is the result of very good trained skills. Each work is handmade, they don’t use stencils, and they show the good ability to draw perfect lines and circles. In any dimensions, shape or sizes. Whether it’s a small artwork or a massive wall, The London Police draws them flawlessly.

Bob in particular is fascinated by big cities and architecture. He started creating urban panoramas in 2004 during his little break from the success of their street art collective. His fictional landscapes are filled with big buildings and urban icons. In 2005 he rejoined The London police and introduced his urban panoramas. Since then, the urban landscapes, beautiful women and the typical London Police characters are a perfect combination.

The London Police got important exhibitions on their name. One in particular is the exhibition ‘Dutch Masters: Street Art & Urban Painting’ in the Dutch Museum GEM in The Hague (2006). Other galleries in cities such as Basel, London, Brussels, Barcelona, Berlin, Milan, Copenhagen, Tokyo, New York, Buenos Aires and many many more also showed their work.
Artworks
Articles
Media
Highlights
Recommendations
Collections
Shows
Market position
CV
Shows 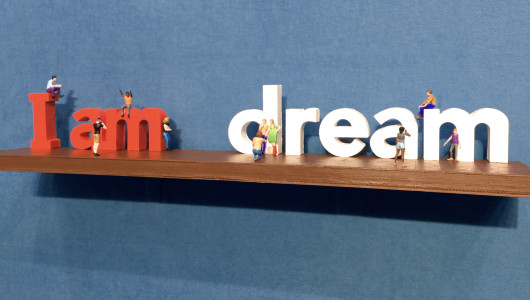