The Chinese artist Lu Luo was born in 1971 in Si Chuan, a province in the southwest of China. She attended the Si Chuan College for Visual Arts in Chongquin, a city more to the east. There she met her future husband Zhuang Hong Yi. With him she left for the Netherlands in 1992, where they continued their art education at the Minerva Art Academy in Groningen.

Currently they stay alternately in China and in the Netherlands where they have studios in Beijing and The Hague.

Lu Luo’s work is characterized by the recurring motif of classical Chinese kimonos and theatre costumes from original Chinese theatrical plays and operas. She places the pronounced form of these traditional costumes in a usually large, two-dimensional manner that completely covers the painting.

This is done in different ways and with various materials. Initially she used the original fabrics of these beautiful costumes directly on the canvas. But gradually she also developed other methods and image elements with which she can incorporate the characteristic shapes, patterns and specific symbols that adorn the garments. For example, the paintings may be plastered with strips of paper or with parts of pre-printed Chinese cardboard packaging, creating a composition of surfaces reminiscent of the theatrical plays. She also regularly uses coloured rice paper with which she makes thin rolls that she runs parallel to each other. In a way these bands can refer to the thick yarns which create the shapes. It creates as it were a new tissue of fabrics for recreated kimonos.

By combining distinct colours and shape experiments with the kimono shape or with other explicitly Chinese visual elements, Lu Luo creates a bridge between Western and Eastern culture. The emphasis on the two-dimensional plane, which is an explicit fact in Asian culture, thus enters into a dialogue with the pronounced material nature of the work; the use of everyday and non-artistic materials in the work of art is a characteristic feature of the visual arts that developed especially in the Western cultural world since the second half of the 20th century.
Artworks
Media
Highlights
Recommendations
Collections
Shows
Market position
CV 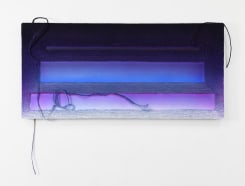 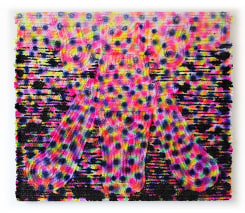 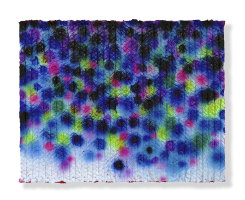 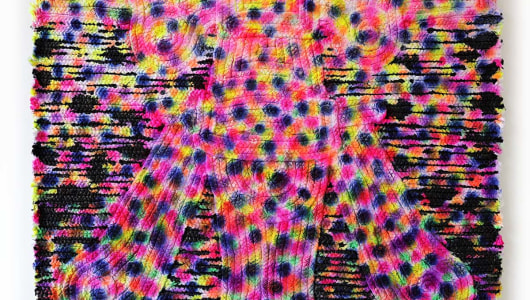