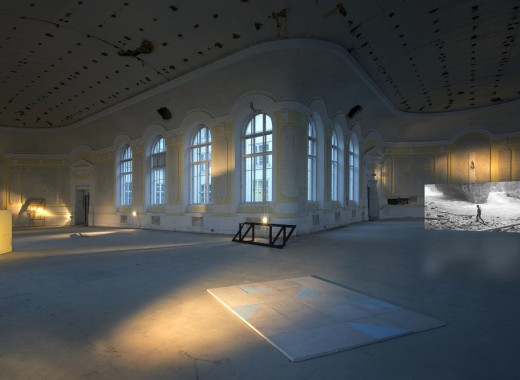 In the beginning there was no fixed space. For the past 5 years there were different venues in different cities. The nomadic character of the curated exhibition series under the moniker "Cornelis van Almsick Satellite" with its temporal character and its special locations were unique to Vienna.

Spatial conditions had a great influence on how our shows were put together, where there was always a close relationship within the works exhibited and the qualities of the space. During this period we had the chance to work and intensify the connection to the artists and their work, as well as curators and collectors, rather than having the burden of filling a permanent exhibition space.

Unconventional places (including Telegrafenamt Lehargasse 7 or Telegrafenamt Berggasse 35) offered the artists the opportunity to be part of novel group exhibitions and to sharpen their profile alongside like minded peers. The constantly changing exhibition venues posed great challenges, but the sometimes-difficult circumstances encouraged resourcefulness. Many of the initial obstacles were opposed by a plethora of ideas and dedicated collaborations - a valuable bond between artists and exhibitors was established.

Cornelis van Almsick graduated as an architect at the Technical University of Berlin in 2007, after studying at the University of Applied Arts in Zaha Hadid's masterclass between 2003 and 2007. Since 2012 he has been working increasingly as a freelance curator. Exhibited artists included a.o. Daniel Richter, Heimo Zobernig, Wolfgang Lehrner, Kay Walkowiak and Angelika Loderer.

Magdalena Zeller graduated in 2008 as an architect at the Vienna University of Technology. Subsequently, she obtained a Master's degree in Architecture from SciArc, Los Angeles in 2010. In 2012, she initiated COMA Studios, which she has been running with Cornelis van Almsick ever since.