Nature in times of solitary confinement

Outside of the art world, you probably know Jitske Schols (1969) of the portraits she makes for the Dutch dailies Het Parool and De Volkskrant. Within the art world you might know her from Fotofestival Naarden, art fairs such as Haute Photographie in Rotterdam and Photo Basel where her work is shown by Galerie Caroline O’Breen or from her nominations and art prizes.

She was the winner of the 2016 Dutch Photographic Portrait Prize, which she received from photographer Koos Breukel. Can you imagine Jitske only started taking photos at the end of 2013? Only because her husband talked to into picking up a camera. And he turned to be just right, because Jitske discovered her passion for photography, and ended a successful career in marketing & communication to continue as a full-time freelance photographer. A bold move that did not do her any harm. It wasn't before long that she was picked up by talent scout Caroline O’Breen. The nominations, awards and recognition she received soon after accelerated her career as a photographer.

You could describe Jitske's digital portrait photography as classic – as it refers to the black and white photography of yesteryear - but with a contemporary ring to it that lies mainly in the deeply human emotions that she manages to convey without drama or sentimentality. Using such minimal details as a look, a gesture or an ornament, she knows how to capture the person portrayed in a fraction of second and to excite the viewer.

She herself says about this: "I make an image of someone you can stare at, which, because of its simplicity, offers room for your own imagination, interpretations and projections." But whether it be a politician or an artist, a child or a top athlete; and irrespective of whether the person portrayed is associated with power, humour, craftsmanship or seriousness, the result is always a personal and, therefore, human portrait that reduces rather than increases the distance between the person portrayed and the viewer.

When we asked Jitske to make a personal Collection for GalleryViewer, she immediately said agreed to it and as you can read her communication skills come in very handy. Enjoy!

Diana Scherer
3 Media items ᛫ 18 Available artworks
2 Shows ᛫ 0 Highlights ᛫ 0 Recommendations
How wonderful to be able to select 10 works of art within a theme that I can think of myself during times of solitary confinement. I don't have to think about that for long, because the whole of the Netherlands longs for nature. That became pretty clear the weekend before last! Nevertheless, nature is under constant pressure. Now that we are under house arrest, I have taken a virtual walk along ten works of art in which nature plays a role. Each in its own way. So: put on your walkers, open your windows and sit down:

Scherer examines the relationship between man and its natural environment. In her installations she investigates the boundaries between plant cultivation and nature. She manipulates the root system, yet simultaneously embraces the particular way it is created, which is based on a geometric system that you also see in cells, honeycombs, shells, flowers and crystals. Miraculous! 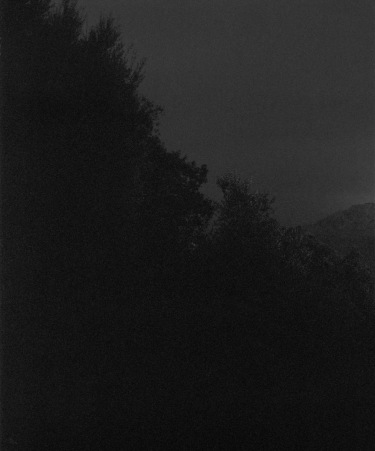 Van der Molen travels to different corners of the earth to create her work. The monochrome photographic works that result from this show the experience of her solitary stays in these remote areas. She prints her photos by hand in her darkroom, continuing the intimate slow processes of making. I love the stillness that this produces. 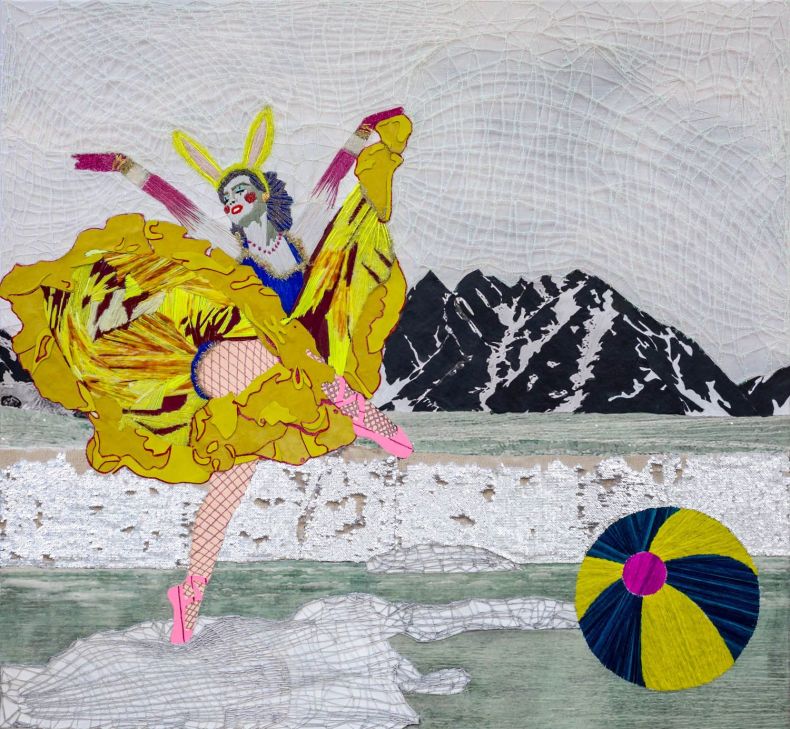 At first glance Preta Wolzak's large embroideries and sculptures seem like a cheerful picture, but nothing could be further from the truth. In her works she expresses her vexation about the conditions in the world. Her Arctic Charades series features icy landscapes where acrobats and other circus performers perform antics. With this she comments on tourism that turns every piece of nature into an amusement park. 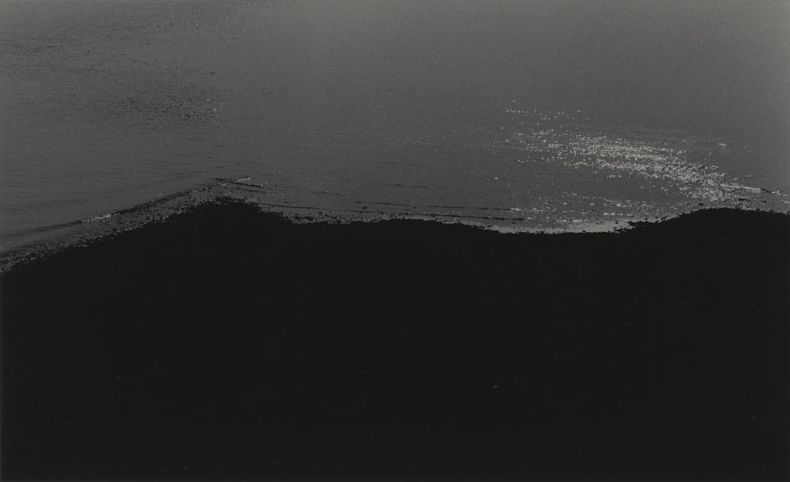 Diepraam belongs to the generation of photojournalists who started telling stories from 1970 and thus changed the media forever. After a major event in his life, his images have become barer and still. Do these dark seascapes perhaps reflect the landscape of his soul? 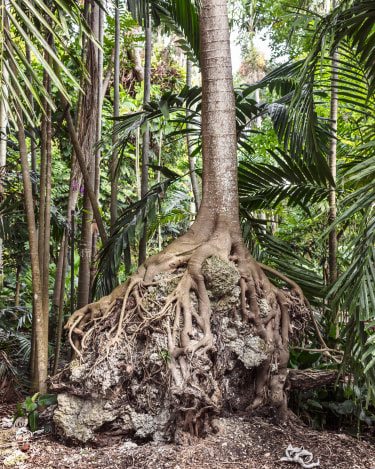 Apartment with sea view? It may look beautiful, but living in Miami is bittersweet: it looks and feels like paradise, but the only safe roots are from mangrove trees. FloodZone is Samoylova's photographic account of life at the climatic cliff edge of the southern United States. A project about rising sea levels and the response to it. 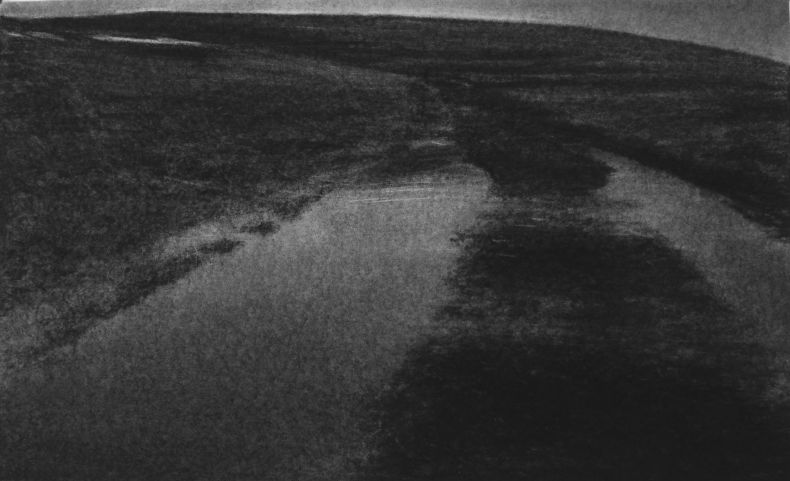 Spoelstra uses film images as a starting point for her charcoal drawings. The natural powers she portrays seem balanced like the dead centre of a swing, a moment to hold your breath. These moments evoke a deep existential yearning for Spoelstra. 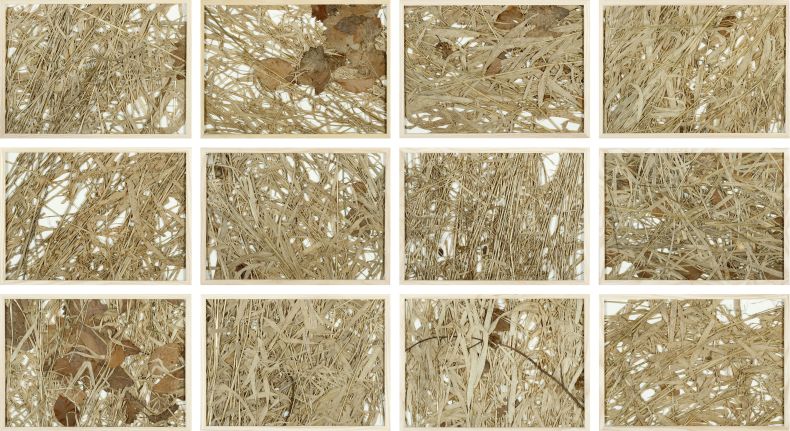 The emphasis in de vries's work is on the disturbed relationship between man and nature, by which, according to de vries, we stand to lose an important source of knowledge. In books he documents a large collection of herbs and crops, in works on paper he uses different types of soil as a pigment and he also exhibits grasses, fragrant rose petals and plants with a hallucinatory effect. 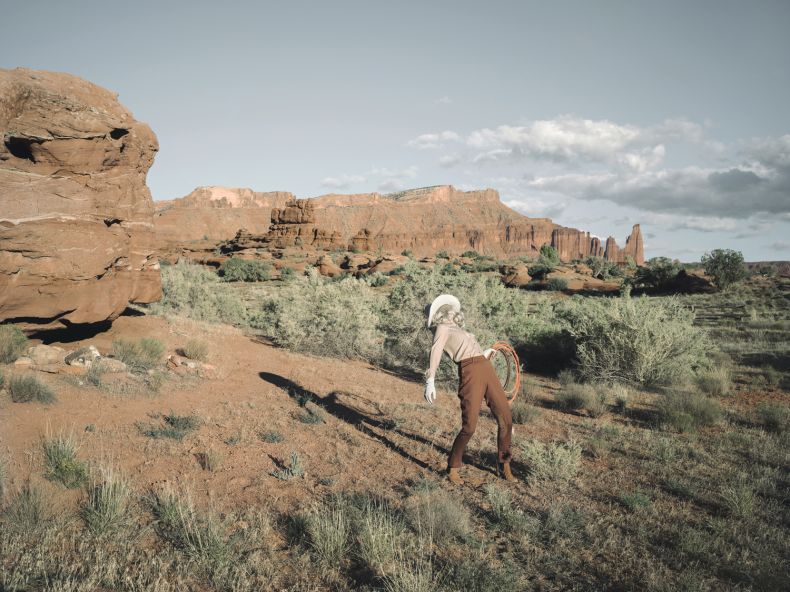 This Norwegian artist researches "the self" in various fictional stories. Here she focuses the lens on a life lived under the constraints of conformity. Day after day, her fictional character is trapped in the same pink dress, but what she really wants is to be a cowboy, dressed in fringe and leather, riding the Wild West. 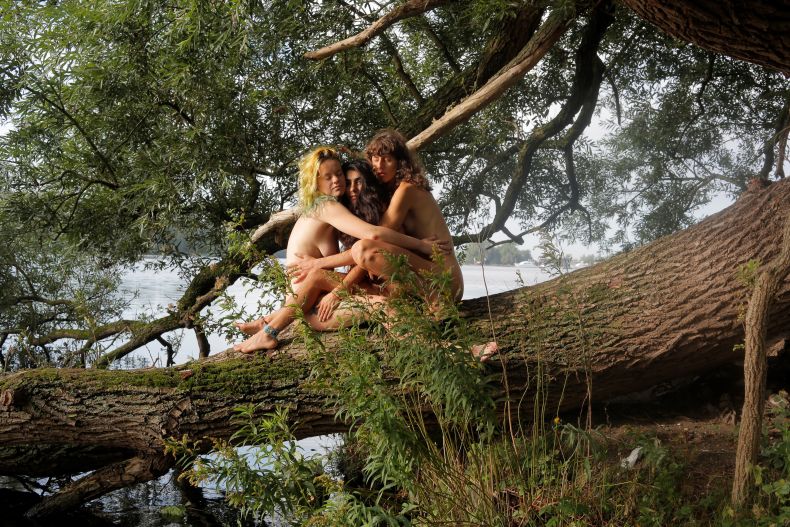 Bonajo examines the changing relationship of people to nature and tries to understand existential questions by reflecting on concepts of home, ideas around classification, gender and the attitude of children and adults towards value.
Share