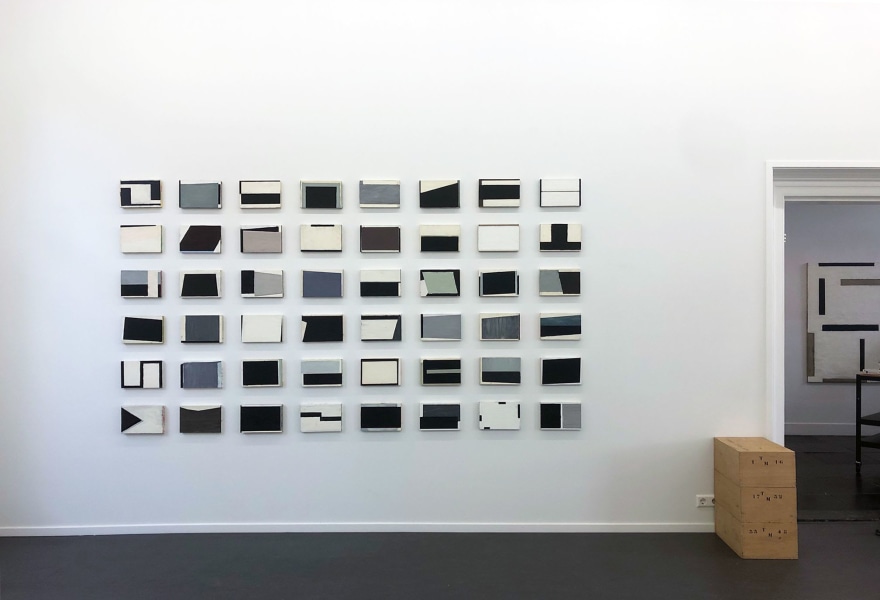 The Goes-based gallery Van den Berge celebrates its 30-year collaboration with painter Dave Meijer with the solo exhibition So Far. Dave Meijer (NL, 1955) made a name for himself with small canvases with worked through colour fields.

So Far is his tenth solo show with Van den Berge, who has also shown his work many times at art fairs and group exhibitions. One could call his works abstract, but he himself would never do that.

Meijer is a painter who struggles with the question of when a work is finished and whether a paint splatter should remain or not. “A work is finished if it is not completely perfect and if it therefore still holds out the prospect of something. So Far is a snapshot. There should be no dot behind that title.”

Meijer makes short notes in his sketchbooks, which he has also placed on his website. He calls them “Flarden” (Fragments). Below is a conversation based on a few of these fragments.

The fragments are reflections that show, as simply and directly as possible, what is important to Meijer. A number of fragments relate to the problems Meijer encounters while working:

Often I can't even start | And don't look anymore, because then I'll start again and I don't feel like it | I can be in doubt for weeks about a paint splatter | Always back to square one | Be strict, not too strict

“Because I want to keep a painting as direct as possible, I first have to see the image in my mind in one go. Wait until I run out of words. All 'residual pollution' must be gone. If after some time I come across a work again in an unexpected moment, it must still surprise me in that moment. That it is not too static and closed. That it's right. Both full image and full object. It needs time. It often concerns very small shifts, proportions or a different colour ratio. Details. The hands then itch and I paint over again. Go with the times. That is also the freedom that I experience. For years I worked very disciplined from morning to night. And often work even longer. Lately I've been choosing my moments more consciously. This creates more distance. Something I also need. Nowadays I can decide to go somewhere or do something else, if I don't see what a particular canvas is asking for.”

I detest having to make something up

“I have to be sure that the image in my painting refers to something outside the canvas. That I can recognize it. That to me is a kind of identification. Inventing is endless and does not contain a single touchstone for me. My work is often called 'abstract' but for me it is not. It is always a problem of language to want to interpret something. I want to see it and recognize it by the way I look at the outside world.” 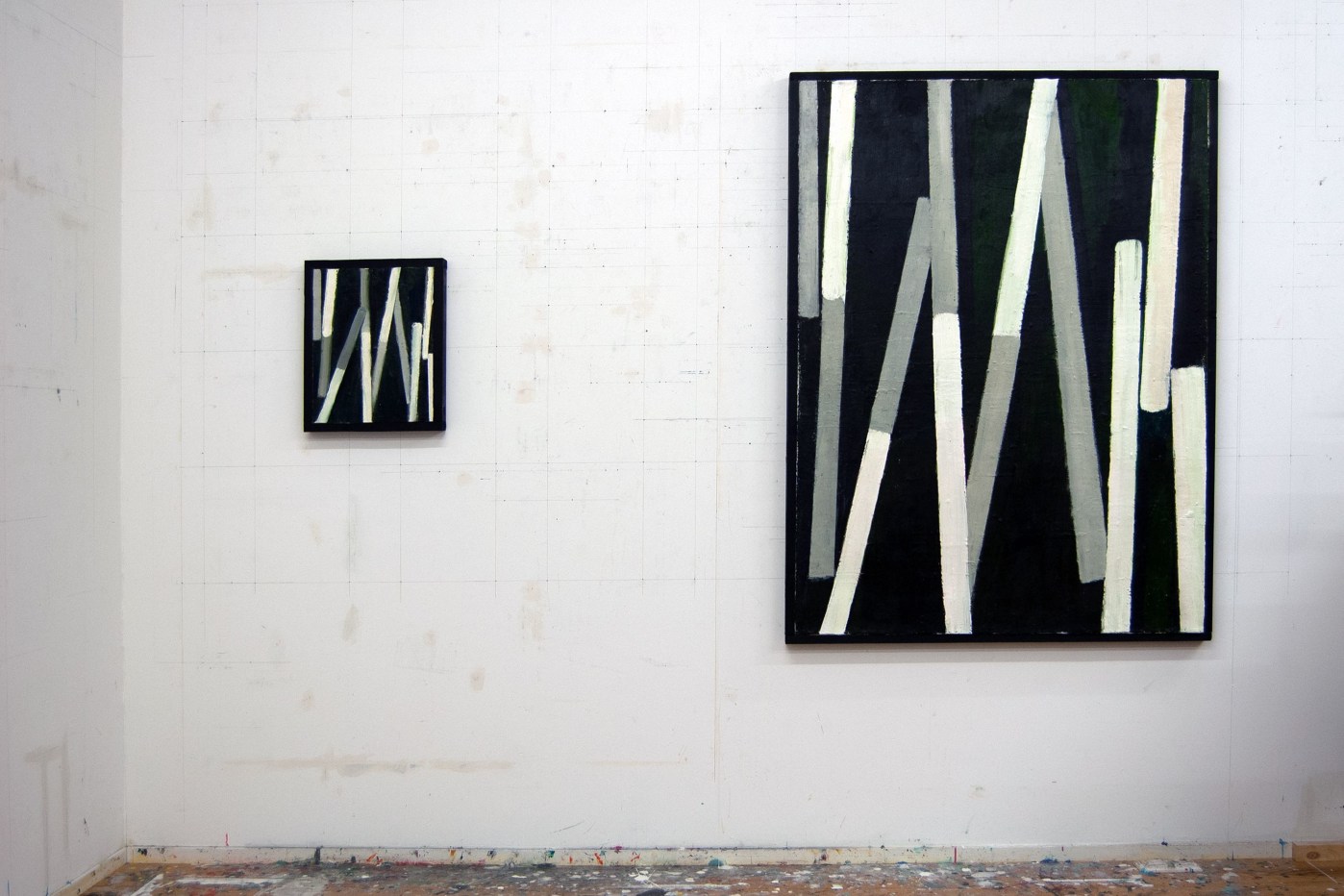 “I see compositions everywhere. I look for the structure that I see in the outside world. I notice the big shape. Maybe it has to do with finding something to hold on to because I always literally get lost. I do not know. It is often said that my work has to do with landscape. What is a landscape? It is about the interaction between the limited concrete interior space of my studio and the outdoor space that expands infinitely. I have to fill that void that I always see in front of me. I paint from memory and use universal forms where I combine different points of view and in which I could recognize several places.”

It is not surprising that Meijer works from his memory when you consider that his studio has no windows. Cut off from the outside world, Meijer works on his canvases. The studio is a black box. “Black makes hermetic.” There are skylights in the shape of a cross on the roof of the studio. This cross is the compass rose and is 7 degrees off perpendicular to the floor. “In a painting I am always looking for something that is just not right. That it "moves" a bit. I emphatically avoid symmetry. That is why a series has no middle work for me. No centre point. That makes everything static and kills everything.” 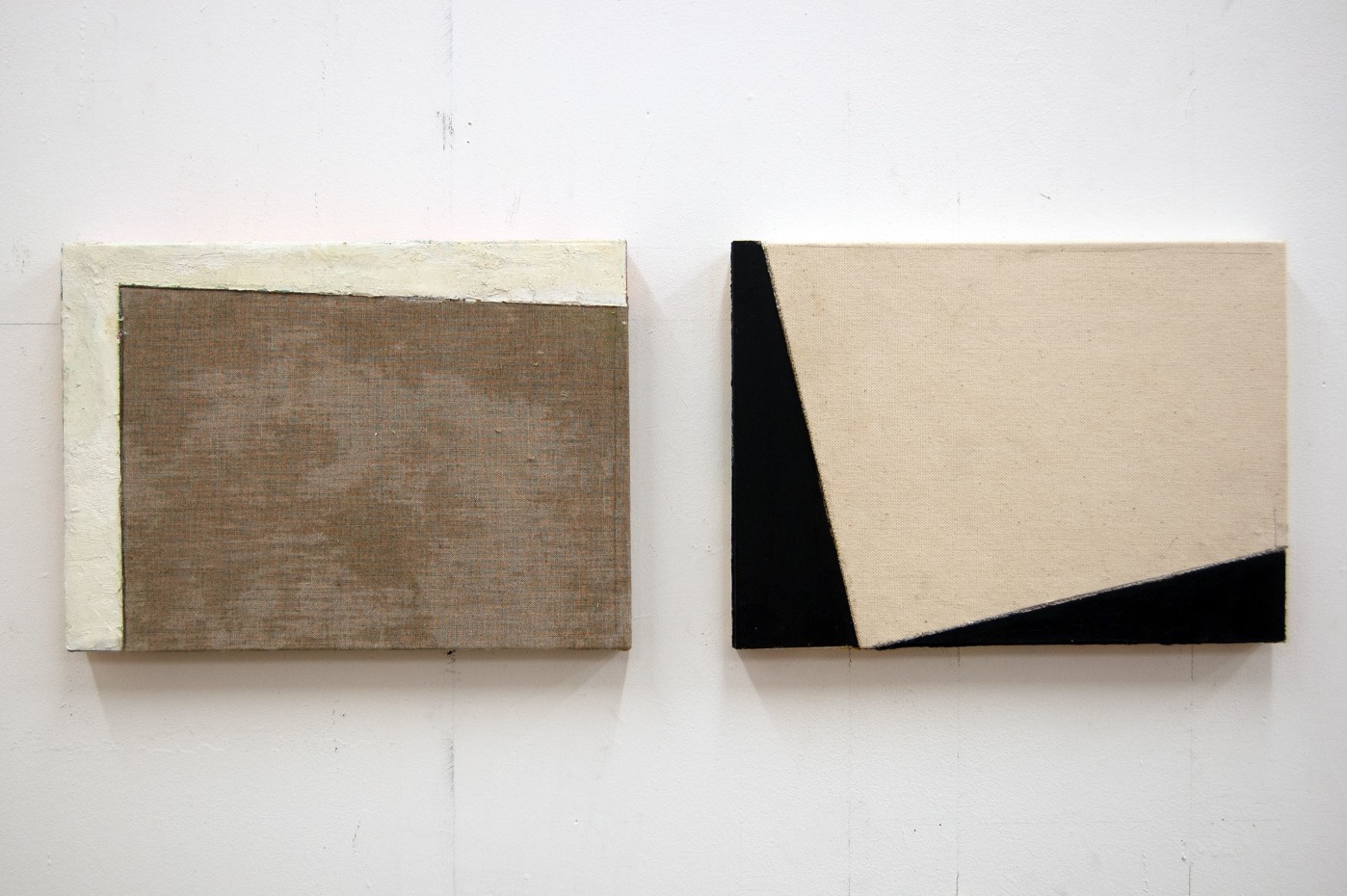 Recently saw a painting by René Daniëls. I want to HAVE it!

“Years ago in Museum De Pont I saw a small work by Daniëls depicting two swans. A beautiful kind of grey-blue; that colour, that immediacy. The red accents in the beaks, such a direct hit! That work was so present. Monumental. It would never bore me.”

I would prefer to combine Mondrian with Bram van Velde

“That fragment is about composition. Both involve a kind of underlying network, a system that I see. Mondriaan summarizes everything in a universal visual language in which the composition of the painting is completely in harmony by using horizontals and verticals. It's a more distant approach. Incidentally, there is a lot of 'life' in the paint through small shifts and overpainting. A Mondrian on a plastic bag? I wonder what would have thought about that. Bram van Velde is a much more direct painter who paints a structure that looks much more organic. More impulsive too. The handwriting. Movement. Like ebb and flow. Composition is more braiding. The distant versus the direct. I would like both.”

Searching for a system in which everything is possible Does this statement also align with the previous question?

“That certainly has something to do with it. I will probably never be able to forge those two approaches into one. But I keep trying. Within a plane you often see a kind of movement of the brush in my work. While the composition is usually very constructive. By the way, I often use the diagonal. It creates space and gives movement. It also has to do with finding a clear statement. That would offer a lot of peace and freedom.”

The pure love for painting. I am an amateur. “It all starts with that. And I don't want to lose that either. It's a condition for me. Wanting nothing at all. Completely focused on the painting.” 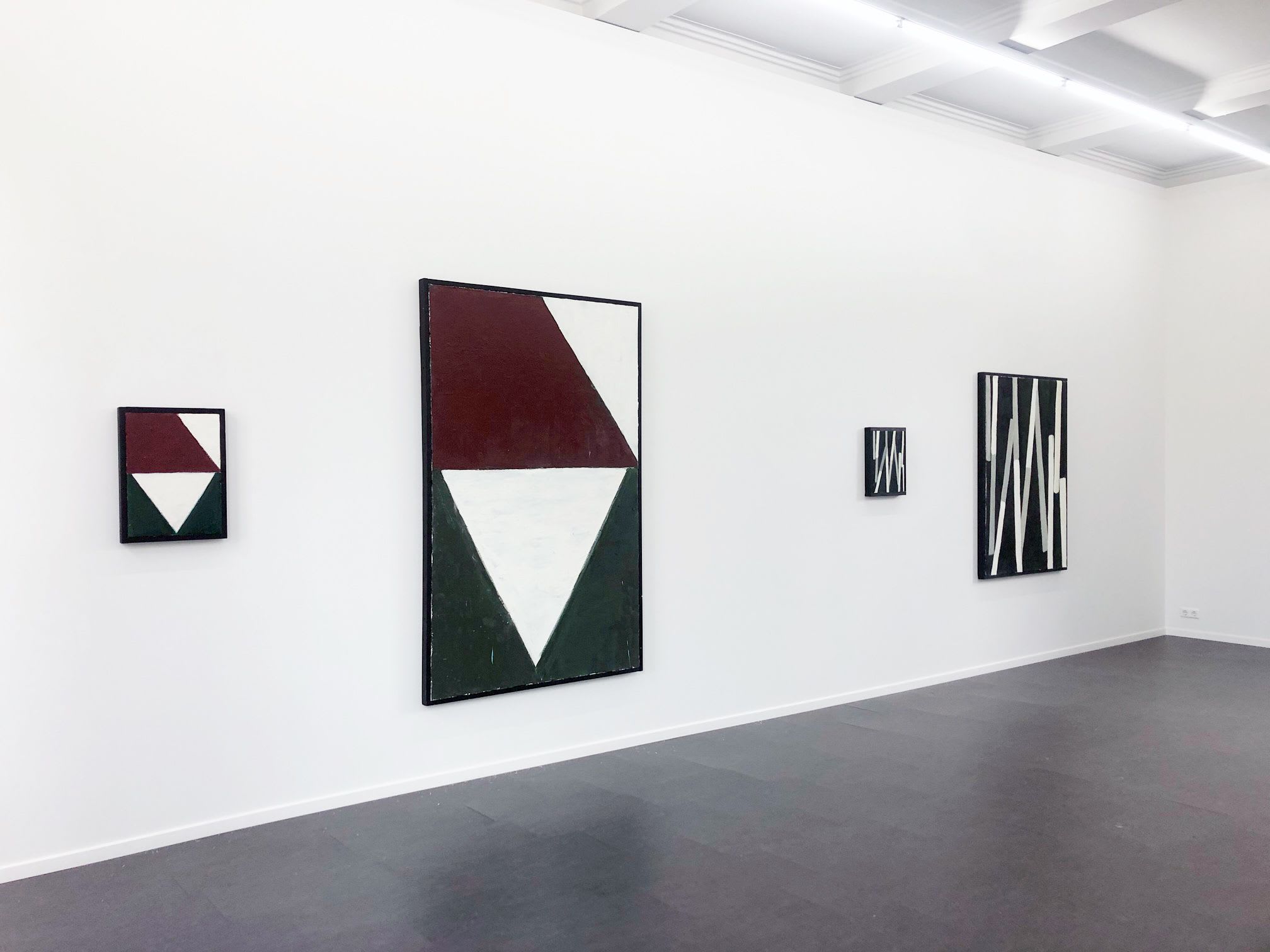 The exhibition So Far by Dave Meijer can be seen until December 4 at Galerie Van den Berge in Goes.