Thomas Lerooy: between doom and pleasure 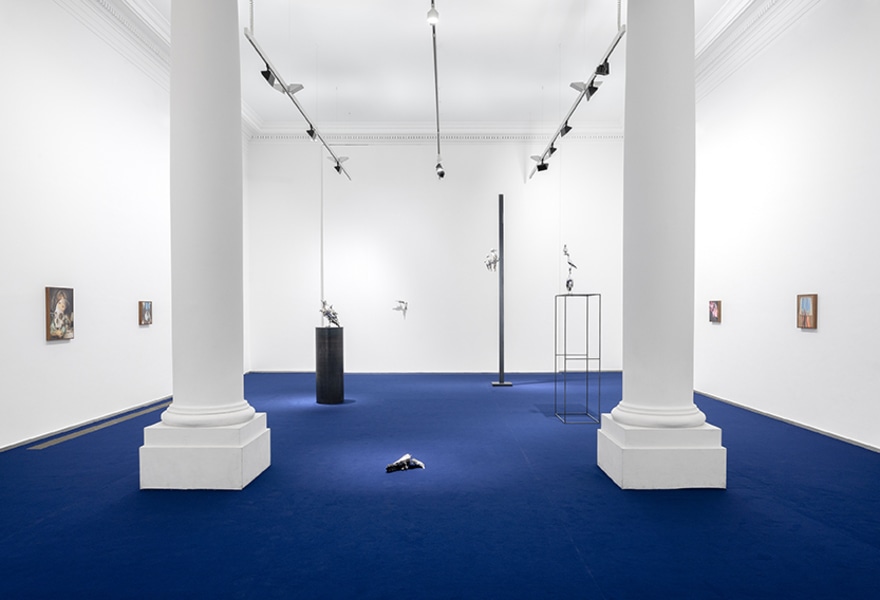 Thomas Lerooy is the first living artist to exhibit at the Musée du Petit Palais in Paris in 2015. Quite a feat, especially if you consider that his work is known for being macabre, provocative, surreal and laced with black humour and double meanings. But sometimes things go like this. A detail in one of his works referred to a painting from the collection, which came to the attention of the museum’s director, Christophe Leribault. He rang Lerooy and asked him to make a solo exhibition in the museum. Indeed, an offer you can't refuse.

Like a snake, an artist has to moult. Due to growth, a snake's skin becomes too tight at some point at which they crawl out of that old skin, creating space for a new skin. In fact, it is the same with art: the moment you have mastered a technique, you have grown out of it and are ready to moult. And by that I mean you're ready for new challenges. 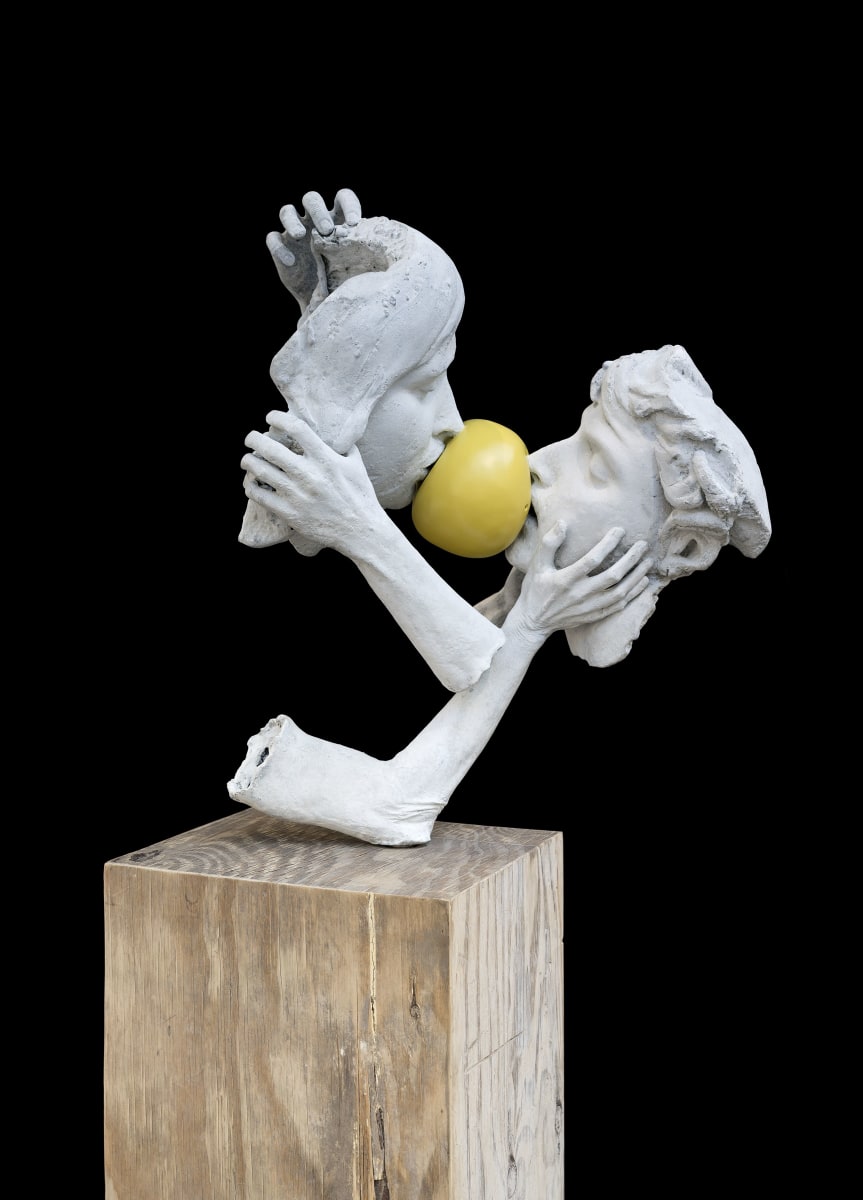 Since then, the now forty-year-old Thomas Lerooy, born and raised in Roeselare, Belgium, has become an integral part of the international art world. For 15 years he has been working successfully with rodolphe janssen, his gallery in Brussels, where his fourth solo exhibition opens on 9 September. He's looking forward to it, especially now that the shock of the first lockdown is behind him.

The first lockdown was not easy. Suddenly there were no exhibits in sight. I need the adrenaline to be able to work properly and it suddenly disappeared when there were no more deadlines to be met. It seemed like a mandatory vacation.

He has been drawing since childhood. Later on, he picked up sculpting and watercolour painting. Each medium requires a different mindset, a different approach, and demands its own artistic content. Lerooy:

Drawing is very direct: you have a pencil and a sheet of paper and the entire work consists of one layer, possibly extended with ink or watercolour. The paper remains visible as a carrier in one way or another. Conversely, a painting is created by building up an image layer upon layer. But only the last layer speaks of all the layers below it. The canvas itself is not taken into account. You can peel off a painting, so to speak.

MK: How did you come to painting? Initially you only made drawings and sculptures.
TL: I consider painting to be the highest, most iconic art form. The pressure is high because of art history. Since no matter which museum you enters, there are always paintings on the walls. I started painting ten years ago because I could only express certain ideas using that medium. If I choose a pencil, bronze or paint, it comes from the content of the idea that requires a specific medium. That is why I cannot convert a drawing into a sculpture and a sculpture into a painting. Every work comes into existence for its own, autonomous reasons. With Rodin, for example, you see that his drawings are studies for his sculptures. It's different for me. I make a drawing for the sake of that drawing, not as a study for another work.

MK: How do you proceed as a painter?
TL: I see a canvas as an empty, white sheet of paper, as a framework within which it all has to happen. Take a theme like the sea, you cannot express it as a sculpture because the sea is limitless. So we only know the sea from paintings like Turner's. The border of the canvas is also the border of the sea. In painting you can express the sea in all kinds of ways as shown in the exhibition Behind the Curtains at the Royal Museum of the Arts (Brussels) for which I painted the sea in the form of a curtain which in turn was a miniskirt and that miniskirt again acted as a kind of window. This creates different layers and perspectives.

MK: A kind of black romanticism runs like a thread through your work, it attracts and repels at the same time. Feelings of great beauty and rapture (butterflies, birds, flowers, plants) alternate with emotions of doom and decay (skulls, chains, amputated body parts). Where does that duality come from?
TL: Art is somehow an escape from the system, from reality. I remember visiting the 'Sensation' exhibition in London with my mother, with work from the Saatchi collection. That made a big impression at the time because in the work of artists such as Damien Hirst and Sarah Lucas, who were in the exhibition, life and death, the lurid and the comical go hand in hand.

MK: Can you tell us something about the exhibition that opens at rodolphe janssen on 9 September?
TL: The exhibition entitled If you feel more than butterflies in your stomach comprises a dozen small canvases entitled. The title refers to the text on the sick bags I found on my last flight before the Covid-19 pandemic broke out in 2020. Actually, the title is a metaphor for feelings of happiness and fear: butterflies versus vomiting; being in love and feeling nauseous at the same time with the fear of losing yourself or being rejected. It refers to the ever-present duality in my work, which is simultaneously attractive and repulsive, intimate and grotesque.

Whether Lerooy is drawing, sculpting or painting, he is constantly looking for the boundaries of his medium and his subject. His enigmatic works challenge the logic of the public and leave the interpretation to the imagination of the viewer. Lerooy uses recognisable motifs which he manipulates and thus undermines. The sea, a recurring theme throughout various works in the exhibition, becomes an active participant instead of a passive backdrop – it plays, frames, conceals and reveals. The sea emerges like a curtain behind which another layer of meaning lies.
Text: Julie Senden 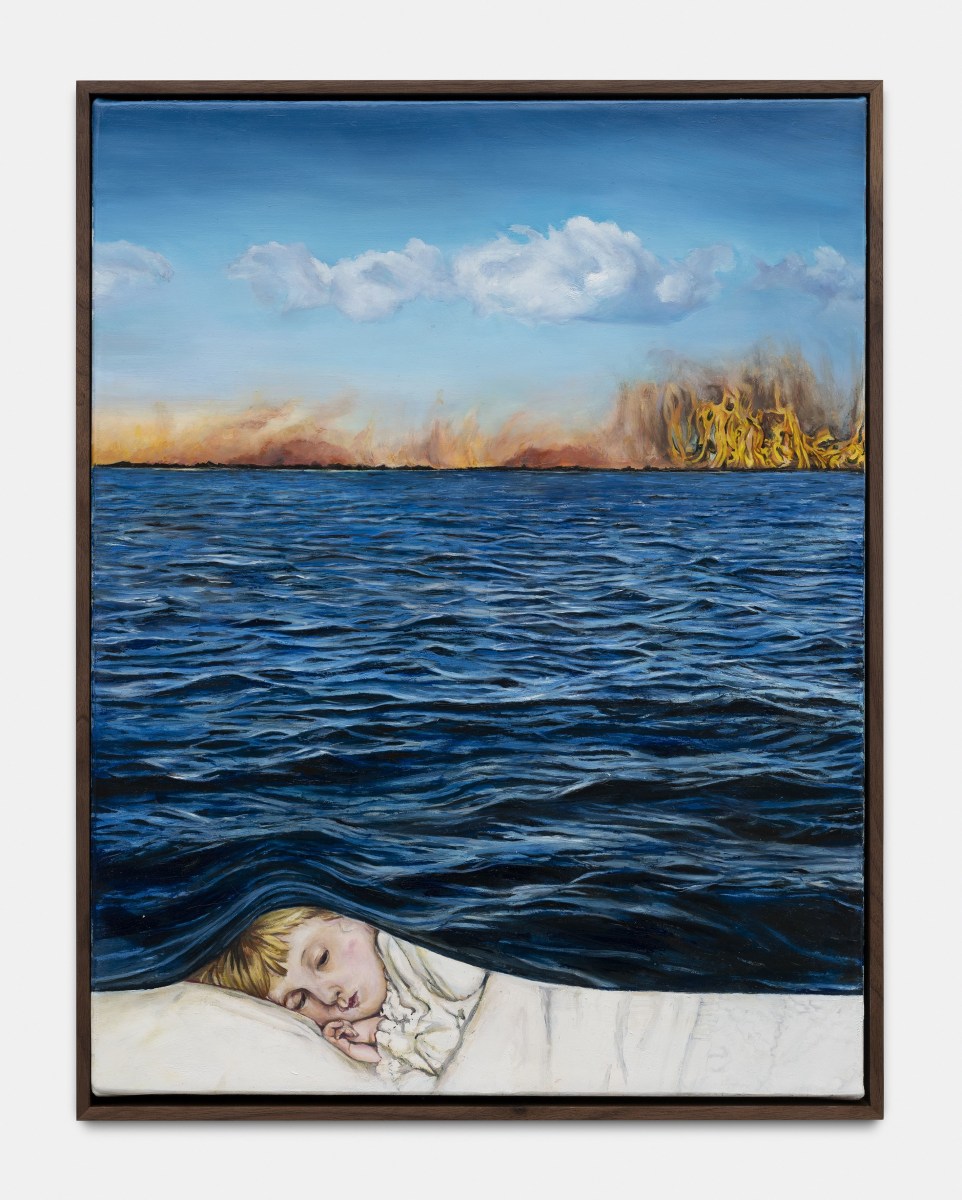