Pep Vidal: head in the clouds, feet on the ground 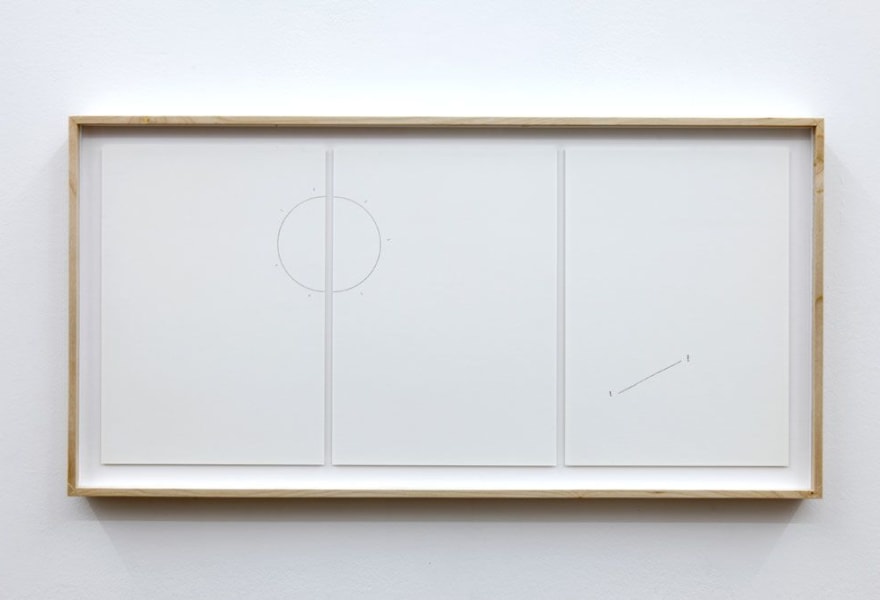 One would think that a career in art is not an obvious choice for someone with a PhD in physics from the University of Barcelona. For Pep Vidal (Rubí, 1980) however, that step was quite logical and during our one-hour Zoom conversation on the occasion of his second solo exhibition at LMNO in Brussels (opens on 9 September) he explained why that is the case in an inspiring way. The show’s theme is how one can observe a cloud from its inception to the disappearance. A question that has fascinated Vidal since childhood and in order to answer it, he and his technical team decided - equipped with nine cameras and telephoto lenses - to register the very smallest of changes a cloud undergoes during its existence. The result is a wonderful exhibition in which art and science, fantasy and reality, technology and intuition go hand in hand.

Vidal combines conceptual art with a form of hyper-realism that leads to a logic that he documents to the extreme. For example, on the basis of the sculpture 'Penultimate Step (True Love Forever)', which consists of two cylinders that have been polished into perfectly flat surfaces that are joined together, Vidal asks himself what is really flat. Due to a physical phenomenon - scientifically described as 'superficial tension' - both volumes become inseparable. This prompted Vidal to make a comparison between this scientific phenomenon and its poetic counterpart such as the loving couple in Brancusi's sandstone sculpture 'Le Baiser' (The Kiss).

In other words, Vidal work starts where science ends or has no answers. His field of research is forces and processes that are not visible, audible or tangible - and therefore not measurable - but which do impact reality. Why can a book that has been on a shelf for years suddenly fall? There is so much more than our empirical reality. According to Vidal, science cannot but be 'wrong' because it excludes invisible, non-measurable forces and therefore falls short by definition. It is precisely this shortfall that forms the basis for his art, in which he does not search for proofs or solutions in a combination of intuition and association, technology and knowledge, but for new insights and questions that enrich our view of the world and of ourselves. Unhindered by agreements on targeted research and the systematic acquisition of ordered and verifiable data, Vidal introduces us to what the well-known Dutch astronomer, writer and television presenter Chriet Tietulaer (1943-2017) has called a wonderful world.

It is impossible to control everything with knowledge for the simple fact that everything is subject to constant change. And you cannot control what is not visible and tangible. Take the book that stands upright on the bookshelf and, in our view, 'suddenly' falls down. This 'falling' is of course preceded by a process of innumerable forces that were active on that book and that shelf, hence there is no 'sudden' falling. Here too, appearances are deceptive: the situation seemed 'static', but of course it was not. Vidal speaks in this context of 'transition': phases of transition from invisible (void) to visible (plain) and vice versa.

Take the Corona virus, a virus that has existed for millions of years and 'suddenly' makes itself heard. Well, 'suddenly', the Corona epidemic is of course the result of centuries of influences and processes that have led to the virus becoming visible and therefore measurable in an unprecedented global epidemic.

Back to the exhibition, which includes a series of works that Vidal made during his research into the origin and disappearance of a cloud, such as a series of drawings in which he sometimes fantasises about his project and then releases mathematical models. In a video we see the result of the cloud observation process, which blends science and humour, with poetry and emotions surrounding a venture that might have ended successfully, but was preceded by an extended period of uncertainty. A set of nine flipbooks offers visitors the opportunity to experience the cloud from nine different angles.

In my art the magical, the fleeting, the simple and the meaningless come together