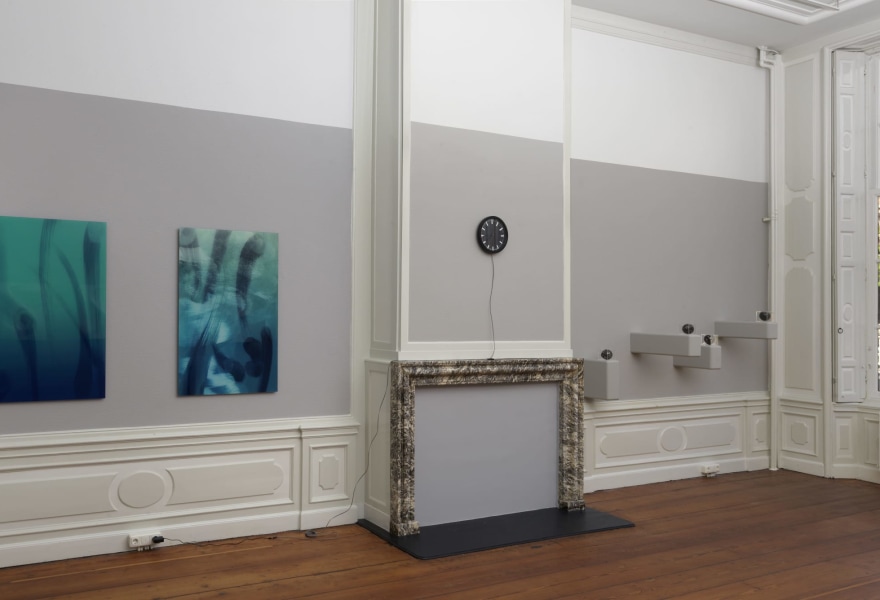 The gallery season will be festively opened in Amsterdam in the weekend of 3 to 5 September. In Upstream Gallery, you are invited to travel through conceptual art history, in an exhibition in which an early work by Marinus Boezem is shown alongside recent work by the contemporary artist Noor Nuyten.

Marinus Boezem (1934) is known as one of the most influential Dutch conceptual artists of the past century. In the 1960s, he discovered the artistic potential of elusive elements such as air, weather, movement and light, resulting in a series of exciting and immaterial works that regularly have a poetic charge. Boezem's 1970s table tennis table on display looks quite mundane, inviting even. Despite the fact that the bats are quietly laid out on the classic extension-table-turned-table tennis-table, visitors can hear how animated playing sounds fill the gallery space. It produces a feeling of disorientation: a discrepancy between what you hear and see and at the same time an invitation to use your imagination. Tip: until 14 November you can also view the work of Marinus Boezem in a major solo exhibition in the Kröller Müller Museum. 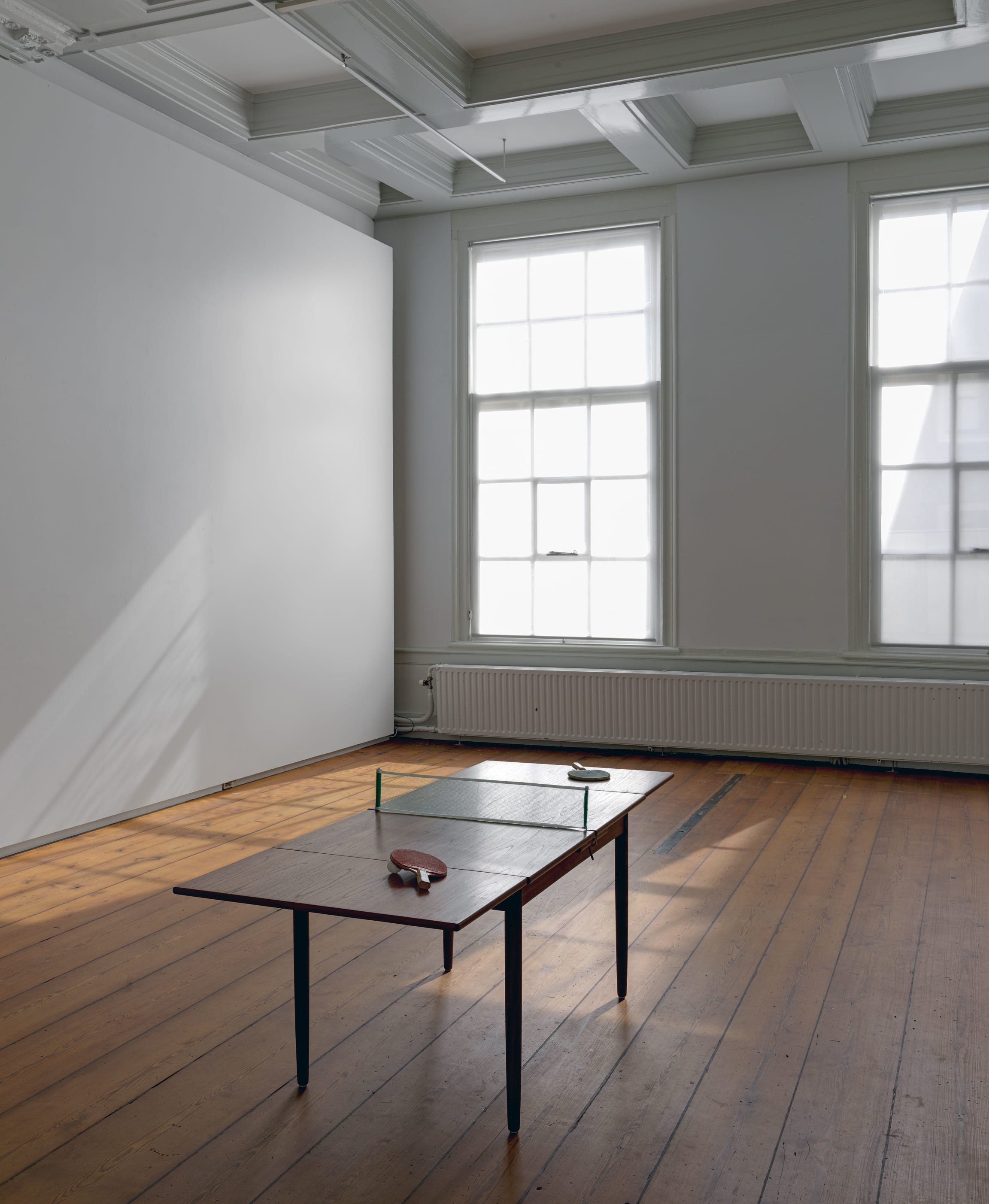 The contemporary artist Noor Nuyten (1986) also makes conceptual works of art, that are related to the work of the conceptual artists of the 1960s. Yet her work is undeniably unique and contemporary and always based on thorough preliminary research. Time often plays a role in this. For example, she made a pair of shoes with the soles placed backwards: a reference to cultures that see time in terms of the past instead of the future. In addition, she created a special watch for two art collectors that creates an individual time zone, based on their heart rate. But our digital world also occupies a central place in her practice. In the past year, the Dutch artist immersed himself in the world of electrodes and 3D printers. For a series of recent reliefs, she managed to materialise the movements of electrodes on a smartphone's touchscreen, by mimicking the movement patterns of the activated electrodes, for example when you tap or swipe your screen. The 3D-printed works in this series are made from recycled plastic, made from antiquated and discarded electronics, such as old computer monitors. 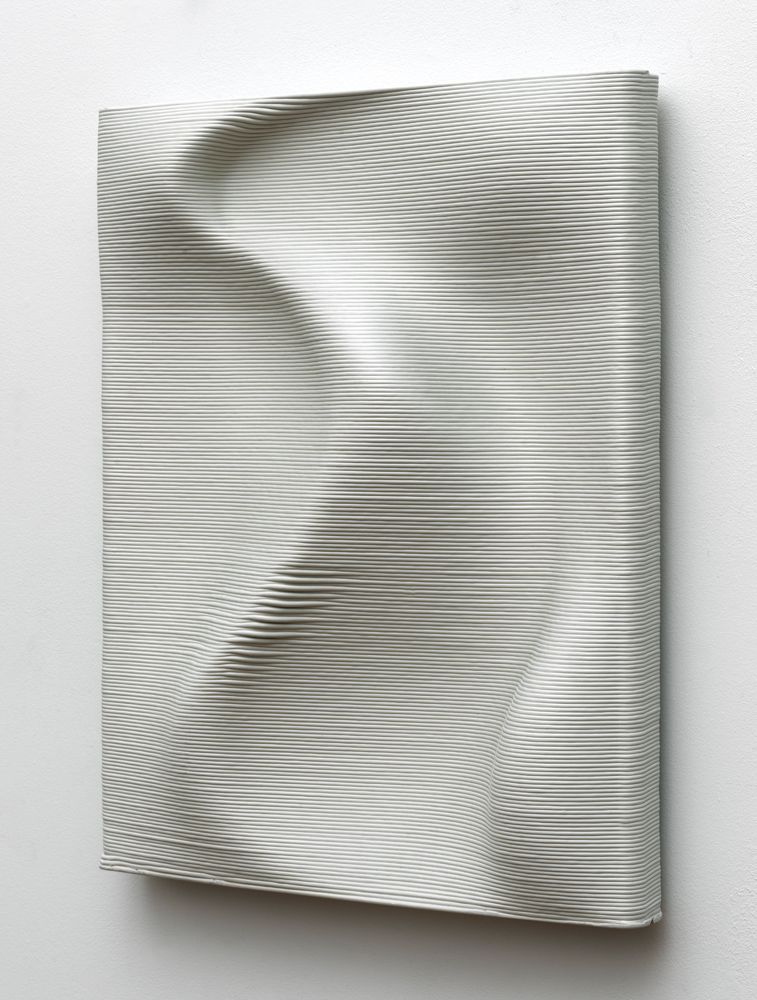 Bonus: Noor Nuyten created her own conceptual cocktail for the exhibition, just like Marinus Boezem did in the 1970s. Both drinks are served in the gallery. The name of the drink can be traced back to the ancient Greek word αἰθήρ (aithḗr), which stands for upper air. Numerous theories have been published in the history of science about (the role of) the mysterious aether, from Plato to Newton. In doing so, these scientists attempted to explain the world around them—specifically, the elements that had not yet been fully understood. You need only two ingredients for the cocktail: a smoke gun and your favorite drink. That drink is then placed under a glass bell jar and filled with smoke.

The exhibition 'Riding a Wave' (a reference to a work by Italo Calvino) can be seen at Upstream Gallery in Amsterdam until October 16.