Pablo Reinoso: an artist with a great imagination 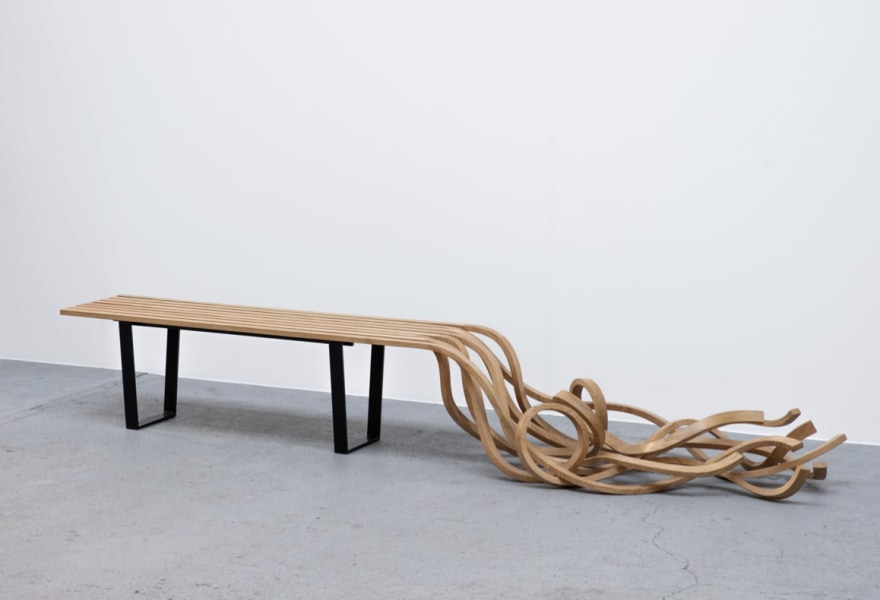 Pablo Reinoso: “Fundamentally I am an artist, and as such I want to question society from both an art and design perspective.”

Until 25 July, you can see a varied selection of new and existing works by Pablo Reinoso at Baronian Xippas in Knokke. The work of this French-Argentine artist, designer and researcher is made at the intersection of art and design. Reinoso is the creator of the famous and iconic “Bancs Spaghetti” (“Spaghetti Benches”), furniture that, on one side, appears similar to inconspicuous and ubiquitous street furniture. But on the other side, it seems to grow organically into a surrealistic sculpture, like a stubborn vine or ivy. Reinoso, who originally trained an architect, plays with the relationship between the functionality of design and the aesthetics of sculpture. He chooses surprising elements as his starting point: from steel support beams to the famous Thonet chair. 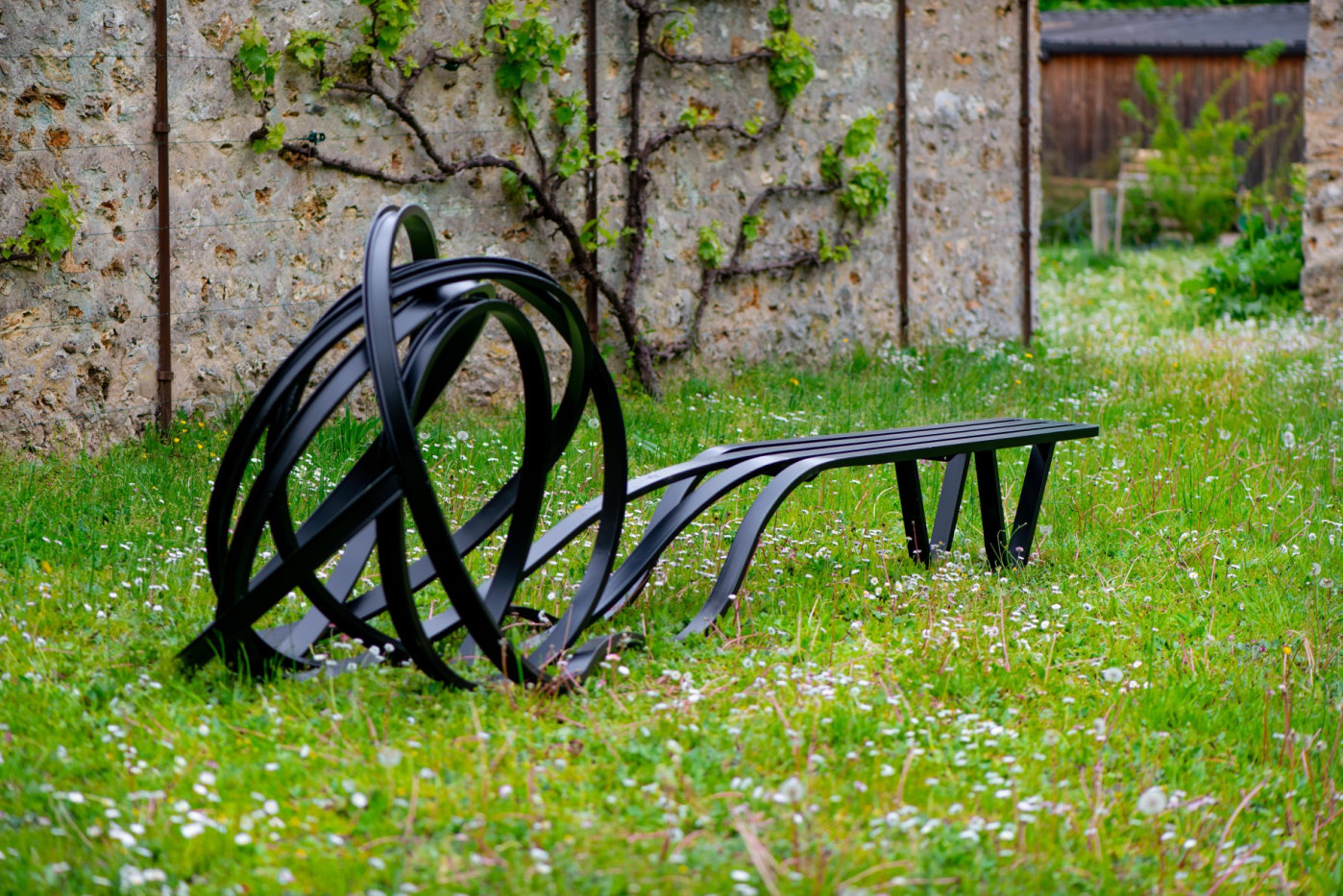 Reinoso was born in Argentina in 1955, the grandson of a Frenchman who migrated to South America after World War II. Reinoso made his first piece of furniture at the age of six. “My grandfather had a passion for carpentry and had set up his own workshop. I would spend hours with him on the weekends there, as I loved that place. Years later, I made a trip to Paris to meet my relatives, and had some defining encounters. In the Rodin Museum I discovered Henri Laurens’ work, which had such a profound impact on me that I decided to become a sculptor.” Rodin's work also made a big impression on him during this trip in 1968. When a military coup in Argentina caused political instability, the artist exchanged the dictatorship in his home country for Paris in 1978. There he went on to win a scholarship that allowed him to work in Carrara for a while, the famous marble region in Tuscany. Reinoso has made various installations and sculptures for the public space and his work has previously been shown at the Venice Biennale, Art Basel, Miami Basel, FIAC and at the MoMA, Centre Pompidou and the Musée des Arts Décoratifs. 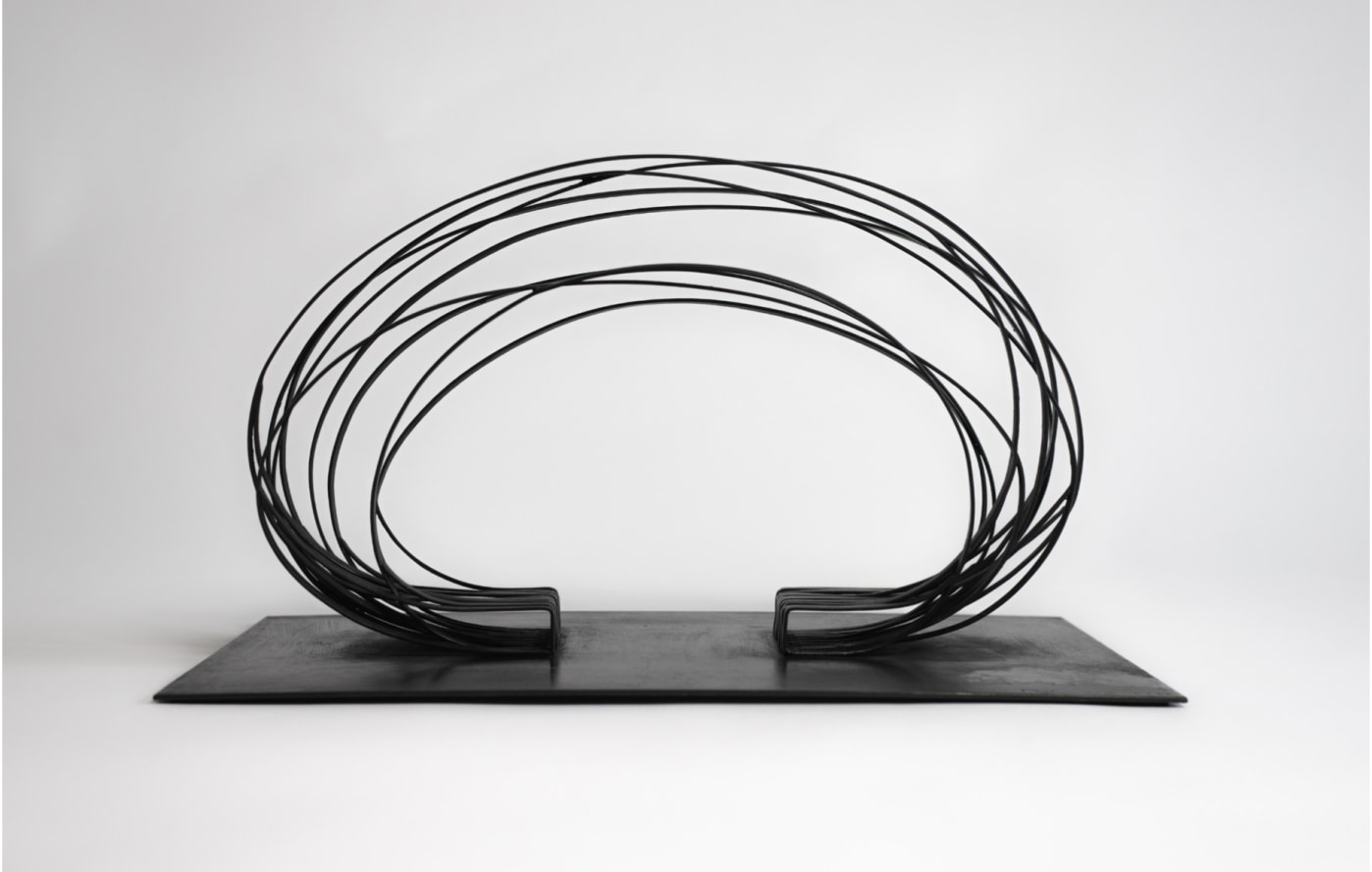 Reinoso's often metaphorical sculptures are characterised by surrealism, but also by humour and frivolity. Respect for nature is central to his work. Reinoso makes extensive use of natural materials such as wood, marble, sand and slate, as well as metal. In doing so, the artist plays with the expectations we have about the characteristics of certain materials - such as heaviness or flexibility - whereby he regularly seems to move beyond the limits of what is deemed possible. Doing that, he makes something intangible tangible. The space in which the work is exhibited also plays a role. Reinoso: “A work always alters the space. It can provide the environment in which it is inscribed a new meaning, a new function, and a new angle of vision. Materials are determinant. One must know if one wants them to determine something in the work. They must not dominate the work. I use them, I know them and I apply them like a painter applies a colour. Besides, as a designer, it is impossible to ignore them.” 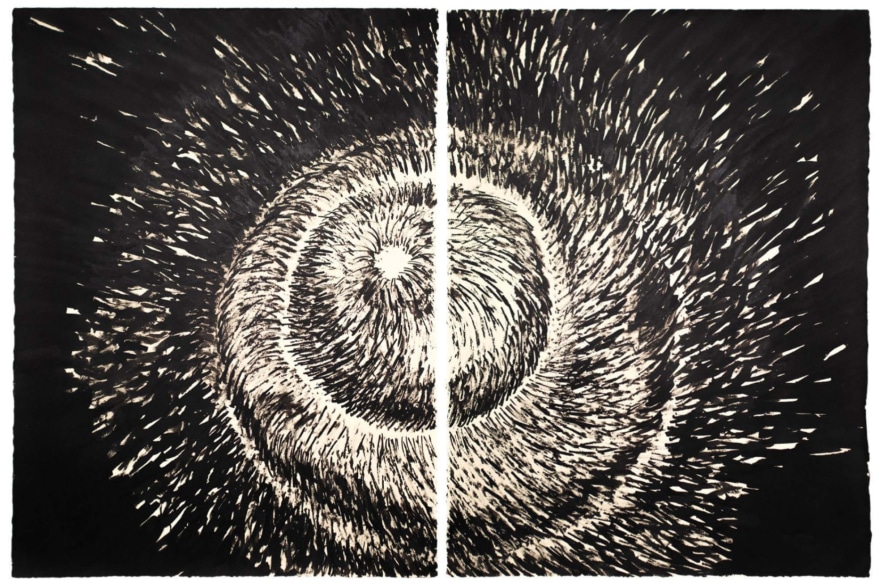 The exhibition at Baronian Xippas in Knokke also includes new work on paper, executed in Indian ink. These drawings, characterised by a degree of abstraction and chiaroscuro, differ from his earlier drawings, which were mainly architectural in form and content.

Pablo Reinoso's work can be seen at Baronian Xippas in Knokke until 25 July.