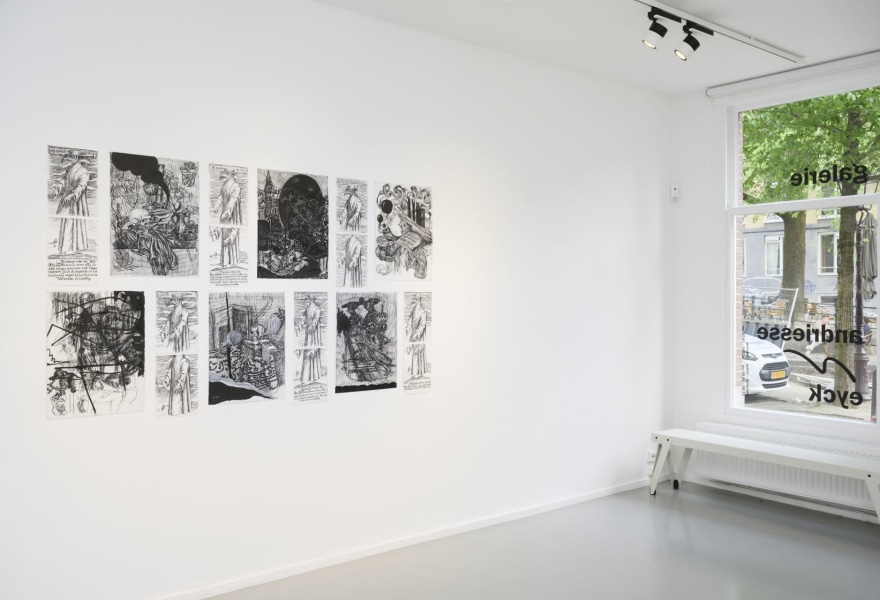 Until July 31, you get a chance to see a series of drawings by four leading artists in andriesse eyck gallery: Kara Walker, Marlene Dumas, Ellen Gallagher and Natasja Kensmil. They all relate to power, (art) history and abuse of power in their own way. The work of these four women has been exhibited worldwide and delves deeper into subjects including inequality and systemic racism; topics that have (finally) become more prominent on the political agenda in the past year. In this article, you will learn a little more about the practice of these four remarkable artists.

Kara Walker really needs no introduction: in 2019, this world-famous American artist and professor created a gigantic and symbolic fountain in the main hall of Tate Modern: a thirteen-meter high allegory of the transatlantic slave trade. Her work has been included in the collections of the MoMA, Tate and the MOCA in Los Angeles, among others, and has also been exhibited at the Guggenheim. She became famous for her black and white silhouettes, which challenged topics such as race (and racial stereotypes), violence, identity and gender. In 2014, she made a gigantic sphinx that consisted of forty tons of sugar, water and resin. It had a rather telling title: “A Subtlety (also known as the Marvelous Sugar Baby; an Homage to the unpaid and overworked Artisans who have refined our Sweet tastes from the cane fields to the Kitchens of the New World on the Occasion of the demolition of the Domino Sugar Refining Plant)”. The sphinx had distinct African-American features and was put on display in an equally telling place: and old Brooklyn sugar factory, that was about to be demolished so that building developers in turn could offer their contribution to gentrification… 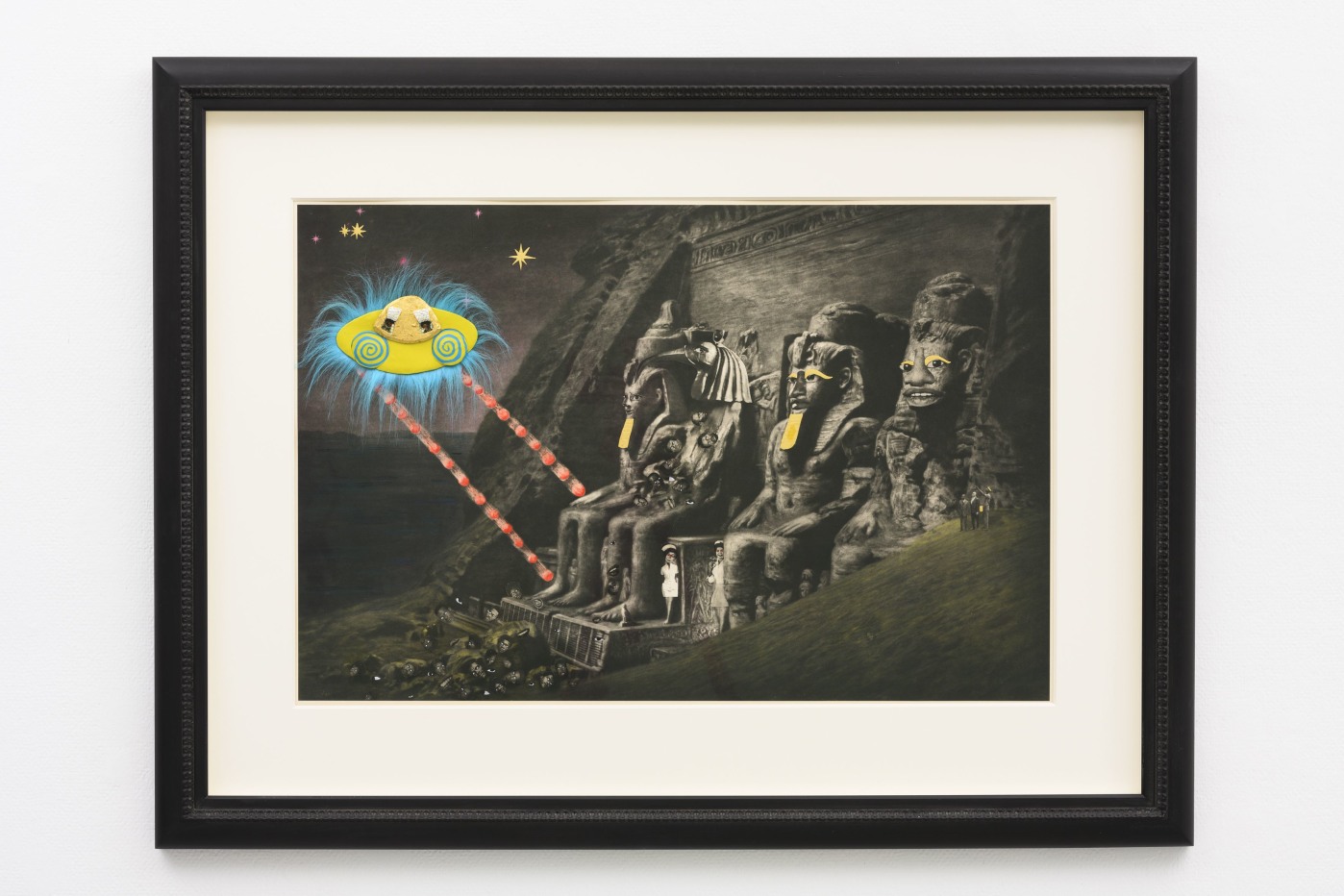 While Ellen Gallagher should not require an introduction either — she is represented by the likes of Gagosian and Hauser & Wirth, had solos at the Whitney, Tate Modern and the Institute of Contemporary Art in Boston, was represented at the Venice Biennale and her work is included in the collections of the MoMA, the SFMoMA, Tate, Centre Pompidou and Moderna Museet — the Dutch NRC newspaper noted earlier this year that the artist is not really well-known in the Netherlands, despite the fact that she has lived here for twenty years. Gallagher explores racial topics in her often semi-abstract paintings, films, collages and works on paper, with references to a multitude of sources of inspiration: from the sea, Minimalism and jazz to science fiction, racist minstrel shows, popular culture and Moby Dick. Funnily enough, she also made a series of paintings about a typical Rotterdam dish: the Kapsalon, which was conceived in 2003 by hairdresser Nataniël Gomes, who, like Gallagher, has roots in Cape Verde. 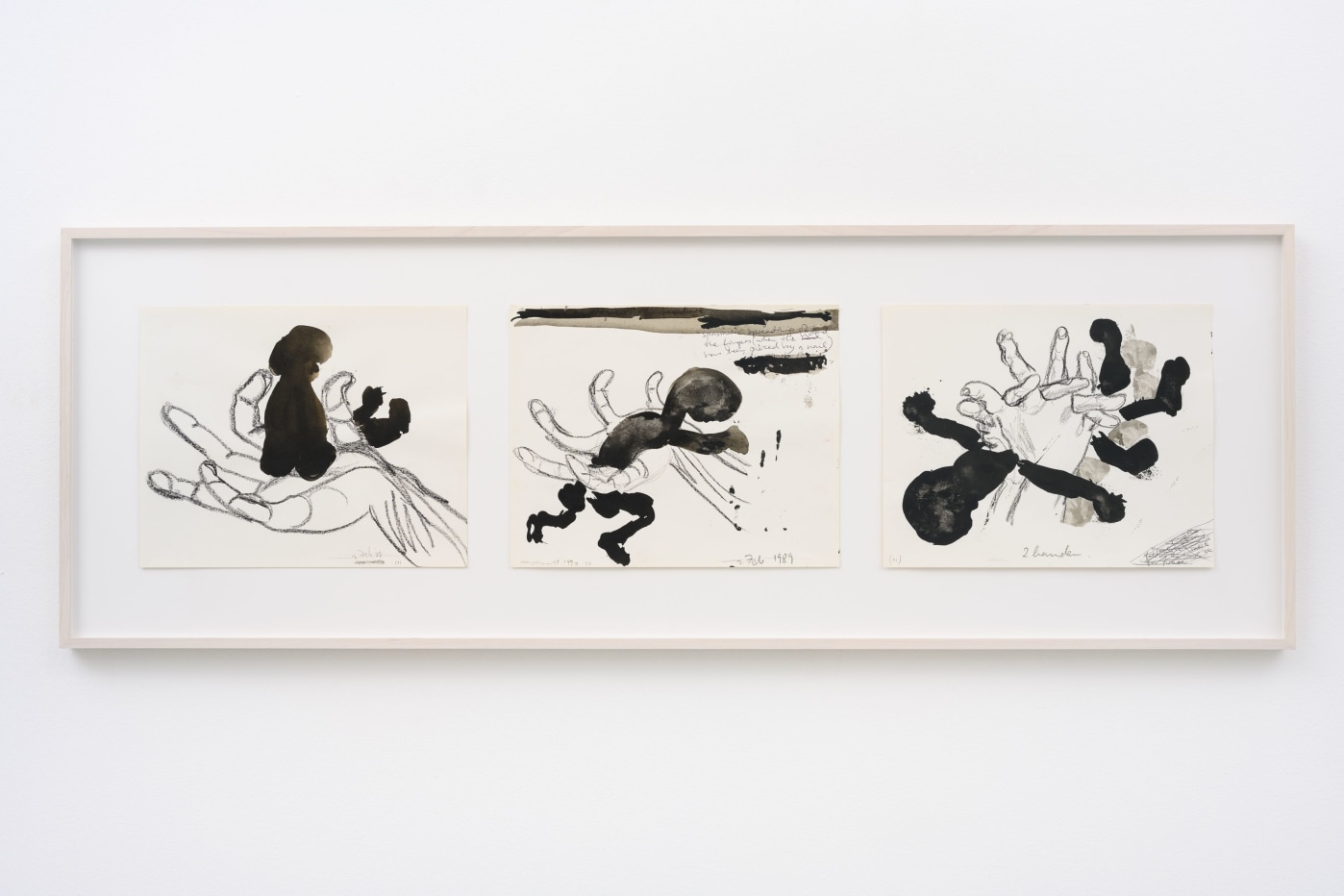 Marlene Dumas is also considered to be one of the most influential contemporary artists and is known for her penetrating portraits. She initially studied visual arts in Cape Town and came to the Netherlands in the 1970s, where she continued her studies and still lives and works to this day. In 1995, she represented the Netherlands at the Venice Biennale. In her work, she mixes socio-political themes with her personal experiences and elements from (art) history. Dumas is inspired by the endless stream of photographic images that we absorb every day - and how they change our perception. Growing up in South Africa during the apartheid era, many of her works delve deeper into racism and systemic and social injustice. A few years ago, an impressive series of drawings by her hand could be seen in the Stedelijk Museum: the series “Young Men”, which she made after 9/11. In it, we see 12 portraits of young men with an Arab or North African appearance: people from her own environment, but also suicide bombers and freedom fighters. She wanted to make us rethink our (conscious and subconscious) racist prejudices. Many of her works are portraits, but rarely in the traditional sense. Dumas' drawings are not classically aesthetic or refined, with the aim of pleasing. She is not interested in external, superficial beauty, but rather in the underlying meaning of an image. 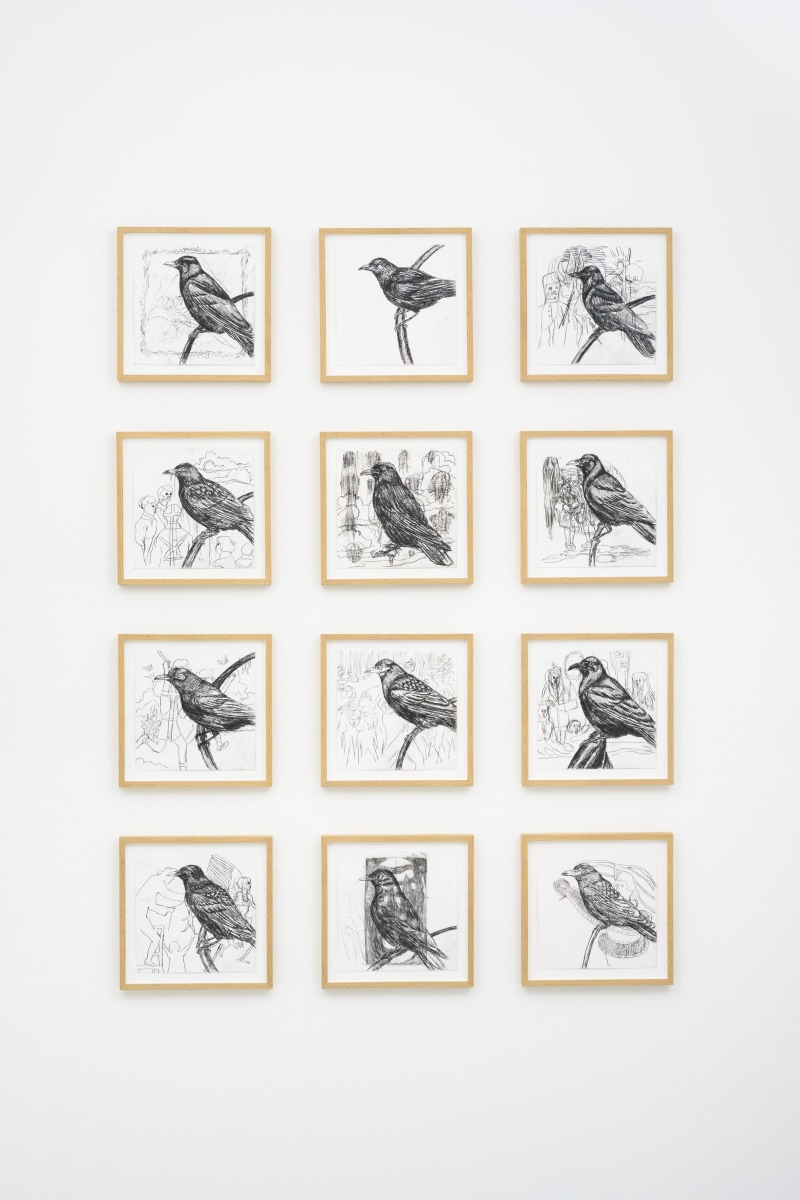 The powerful work of Natasja Kensmil was recently shown in two museums: in the Stedelijk Museum in the exhibit “The Presence of Absence”, but also in the Amsterdam Museum wing of the Hermitage. Kensmil: "Within history, my focus lies on power and violence." She looks at (art) history in new ways, to refocus the relationship between the present and the past. Kensmil's work is layered, with a gruesome and chaotic edge. Although many of her paintings look black and white, you will see more and more colours the longer you look at them. Thematically, she’s made work about the wars of religion, but also about the 17th century in a broader sense. That era may have been great in terms of science, art and trade, but at the same time it is also marked by systematic exploitation, human trafficking and looting. Kensmil rightly wonders what that glory is worth when it comes at the cost of the freedom of so many others.

The exhibition “ON PAPER”, with work by these four artists, can be seen in andriesse eyck gallery until 31 July.