A Tuscan landscape through the eyes of Karel Appel 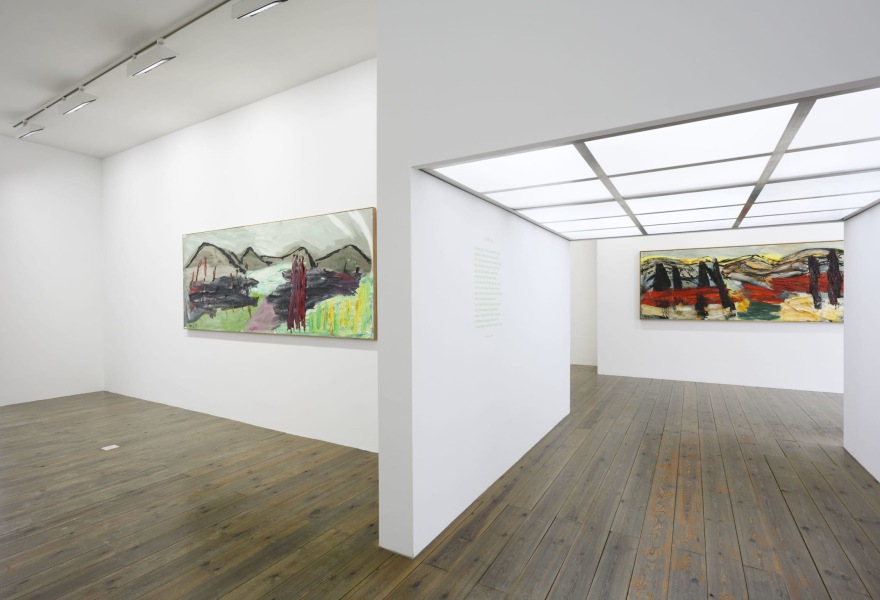 Until June 27, Slewe Gallery is showing a solo exhibition with work by Karel Appel, arranged by none other than Rudi Fuchs.

Rudi Fuchs is not only a former director of museums like the Van Abbemuseum (1975-1987), the Gemeentemuseum/Kunstmuseum in The Hague (1987-1993) and the Stedelijk Museum (1993-2003), but he was also a close friend of Karel Appel. Fuchs was the artistic director of Documenta 7 in Kassel (1982) and he organised various exhibitions at the Guggenheim, the Museum of Contemporary Art in Chicago, the Whitney Museum in New York and the Palazzo Grassi in Venice in the 1980s and 1990s. Between 1984 and 1990, he was the artistic director of the Museo d'arte Contemporanea in Turin. He is also known as an art critic for the NRC, Het Parool and De Groene Amsterdammer, as well as a professor at the University of Amsterdam. 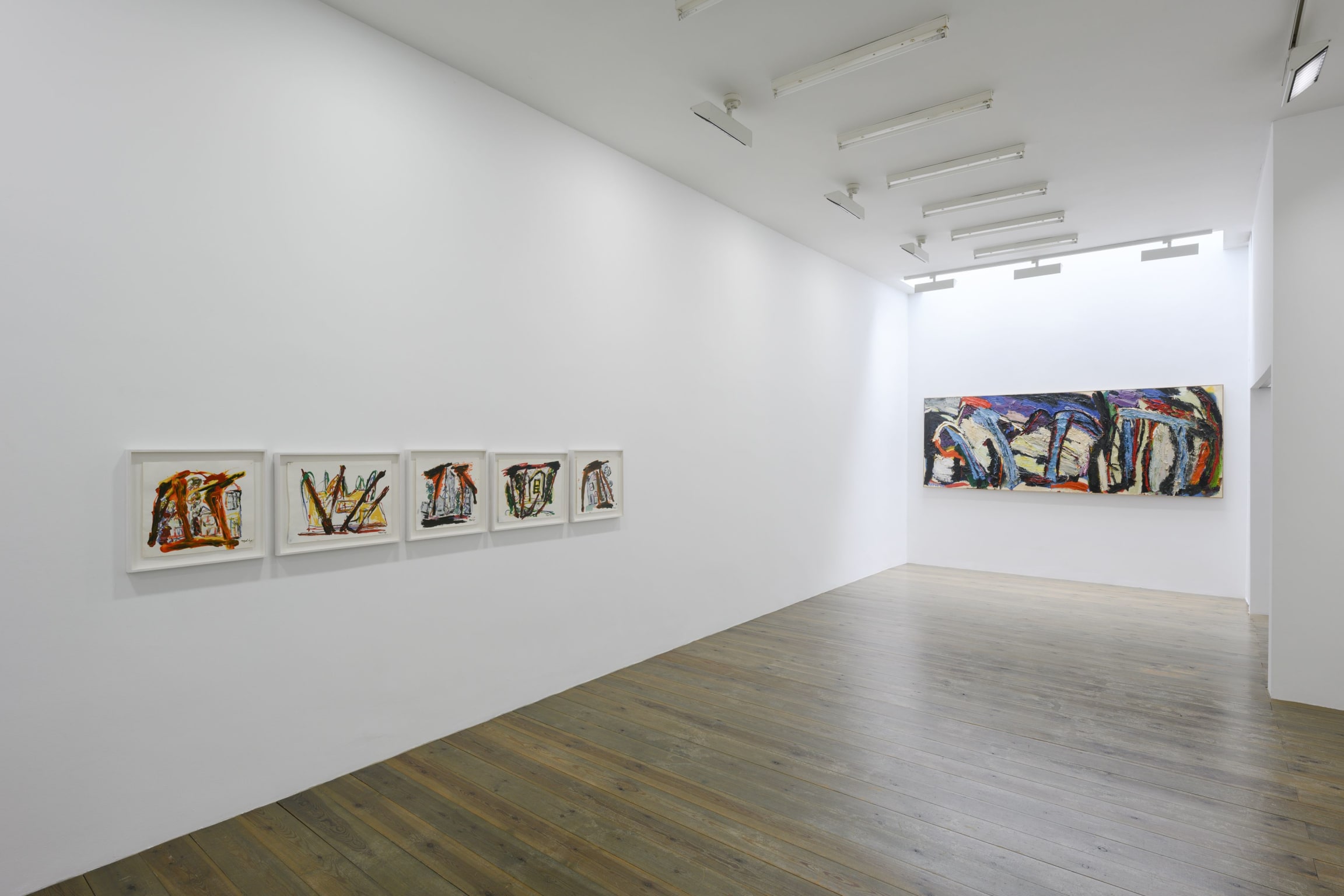 The exhibition in Slewe Gallery opened on 24 April: the day before the hundredth birthday of Karel Appel, the most influential Dutch painter after the Second World War. Appel came from a very modest family: his grandfather was a milkman and his father had a barber shop. His father wanted his son to take over the family business, but his son had a different idea. When he was fifteen years old, the first artistic seed was planted by his uncle, who gifted Karel a painting set. They would often venture out into nature together to paint en plein air, in Monet's impressionist style. When he indicated that he dreamed of a career in the arts, he was evicted by his parents. During the German occupation, Appel started studying at the Rijksakademie in Amsterdam, where he met Corneille. Together, they opposed the traditional curriculum. Rather, they sought their inspiration in the work of artists such as Picasso — and his inspiration: 'primitive' folk art. In addition, Appel drew influences from children's drawings. Throughout his career, he would collaborate intensely with artists from a variety of disciplines, including music and poetry.

Joined by Corneille, Appel traveled to Liège and Paris, where they exhibited their work. In 1948, he became acquainted with Constant Anton Nieuwenhuys, with whom he founded the 'Experimental Group in Holland’, together with Corneille. As the movement grew and similar groups in Denmark and Belgium joined, the avant-garde and revolutionary artists' movement CoBrA was founded in Paris in 1948, short for Copenhague-Bruxelles-Amsterdam. Yet the work of Appel and the Cobra movement was far from appreciated in the Netherlands and his first exhibition at the Stedelijk Museum was regarded as a public scandal. Keenly disappointed, Appel withdrew to Paris, where his career would soon launch internationally. Karel Appel's expressive work is characterised by simple, wild and coarse forms, powerful colours, thick layers of paint and thick lines. His paintings often depict creatures that resemble both animals and children and he would often apply the paint directly from the tube.

In 1951, illness and quarrels brought an end to the international gatherings of the Cobra artists — and with it an end to the Cobra movement. Appel continued to look for innovation and started to work more and more impulsively. His work has been exhibited internationally and he has received several awards for his work. In 1957, he moved to New York, which was considered to be the art capital of the world at the time. Only from 1968 onwards, he was able to - slowly - get a taste of the same success in the Netherlands that he had experienced internationally for years. 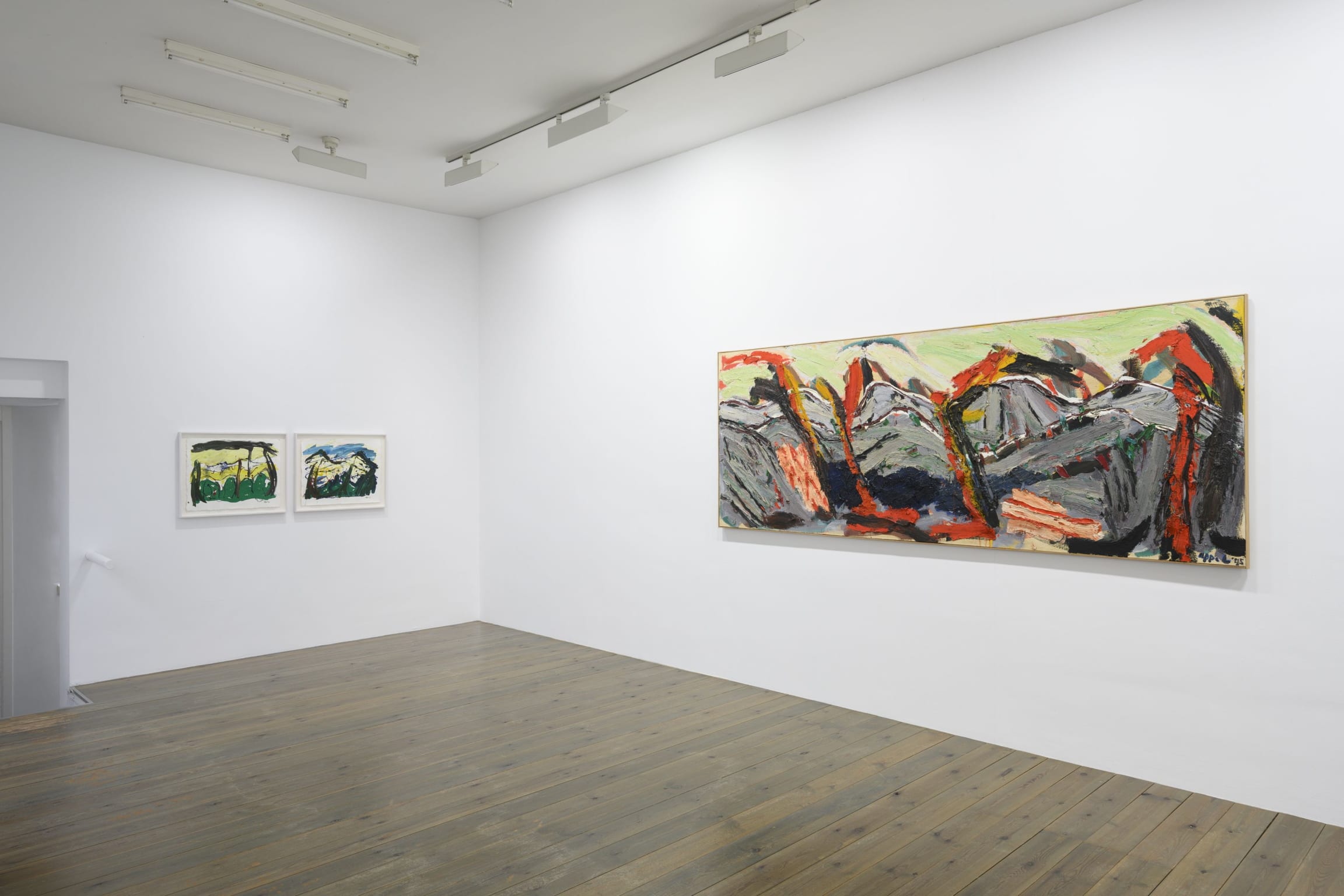 The exhibition at Slewe Gallery showcases five large paintings from the “Horizon of Tuscany” series, that Appel made in 1995 at the age of 74. The works measure no less than 3 meters by 1.15 meters and are painted in the artist's later style, which has enjoyed a lot of international attention in recent years. In the 1990s, Appel decided to focus more on landscape art, which he had discovered in his youth, thanks to his uncle. Of course, Appel also adds a personal twist to the genre, resulting in instantly recognisable paintings. He mainly depicted Tuscany, where he lived at the time. All the elements that make the Tuscan landscape so recognisable - the cypress trees and the far-reaching hills - are largely absorbed by thick, expressive and wavy brushstrokes in unrealistic colours, so that the resulting paintings mainly seem to get to the feeling of the landscape. The exhibition also includes a series of works on paper.

The ‘Horizon of Tuscany' exhibition can be seen in Slewe Gallery until 27 June. The exhibition was created in close collaboration with the Karel Appel Foundation and is accompanied by a catalog, that was designed by Rutger Fuchs.