A tsunami of images 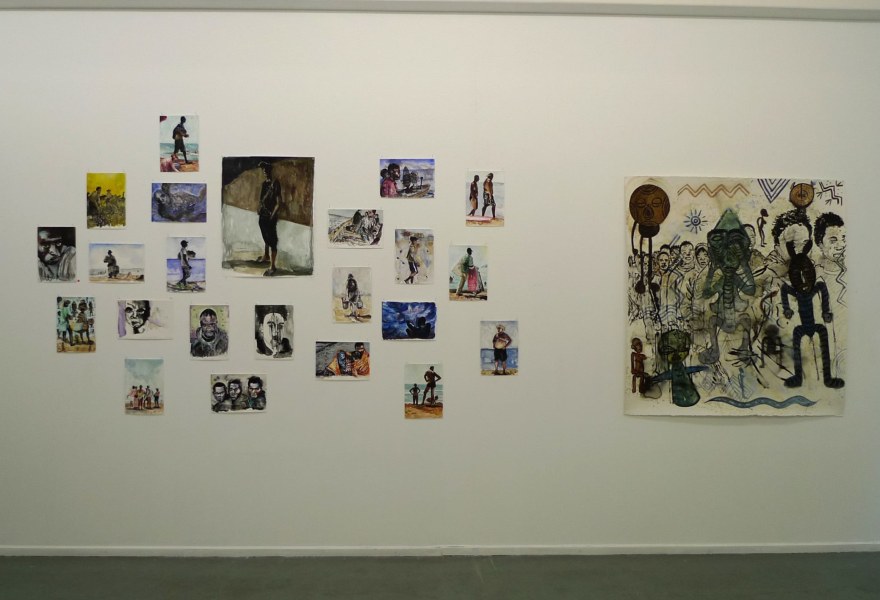 Until May 2, you can view a series of watercolours and gouaches by Nour-Eddine Jarram in Gallery Maurits van de Laar. Jarram moved to Enschede in 1979 to study at the art academy and his time in the Netherlands now surpasses the time he ever spent in Casablanca. When the work of Nour-Eddine Jarram is interpreted, it is usually placed between two heavily contrasting traditions: the abstract Islamic/Eastern culture versus the figurative Christian/Western culture. And yes, it is true that the Quran does not allow images of the Prophet or Allah — which meant that Jarram grew up without any pictures on the walls in his house. But analysing his work using only an east-west division is an oversimplification. Jarram nuances this view himself when he states that the Shi'ites, for example, do indeed paint miniatures, just like other Arab artists who have, whether secretly or implicitly, added imagery to their work. Jarram also considers figurative art to be something inherently human, which can be observed even in the very first cave drawings.

On top of that, his transition from abstraction to figuration did not take place in the Netherlands, but much earlier: when he was studying at the art academy in Casablanca. Jarram: “I learned about art at the L'école des beaux arts; the principles of drawing, of painting, of sculpture or tapestry, the craft of it. I learned about the Western art of Van Gogh and Rembrandt from people who studied in Europe themselves. In the Netherlands, I had to learn what it is to be an artist. But I also remember that, when I was about six years old, my father came home with a booklet he had received from his French employer. It was about the life of Jesus. Beautiful drawings. It was the first time that I saw anything religious in a picture. I remember thinking: How can they draw Jesus? That is not allowed! It took a while for me to painting people. But once it came, it turned into a tsunami of images. It was unstoppable.” 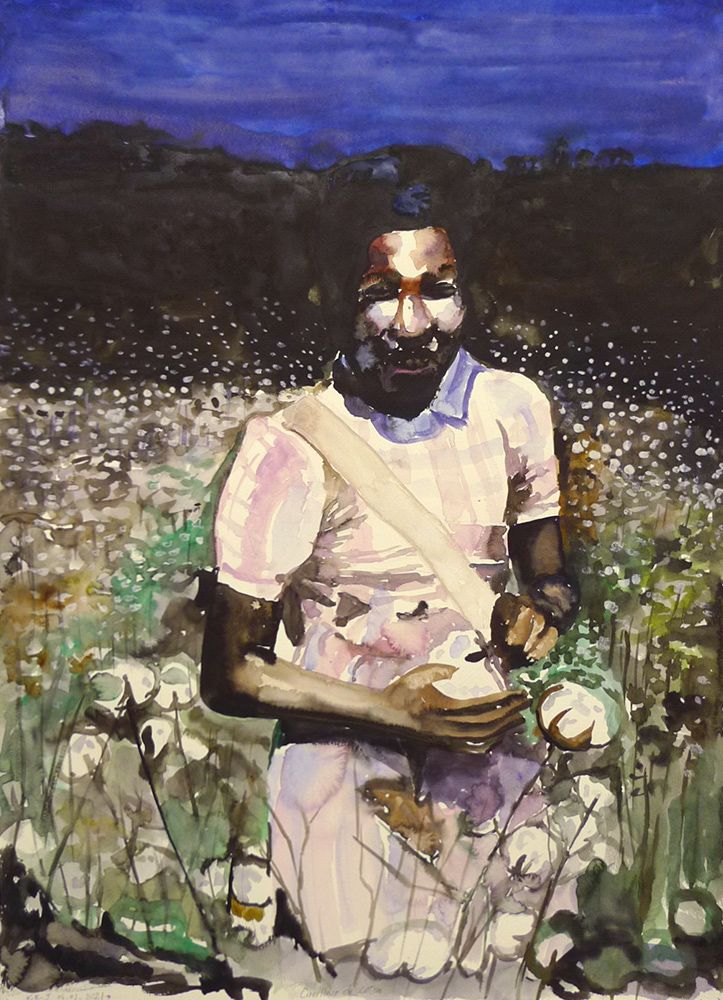 Jarram's creativity was stimulated early, by a primary school teacher who happened to appreciate his drawings on the his school table - despite an element of vandalism - and provided him with materials to work with. She displayed the works she received from him in her daughter's room, which was in fact his first mini-exhibition. He had his first deep art experience in Paris. Along with two friends, he embarked on a three-day train journey to the Louvre. There was, as usual, a line of people in front of the Mona Lisa, but Jarram clearly remembers how impressed he was by Théodore Géricault's “The Raft of Medusa”, a gigantic canvas from 1819 that measures 5 by 7 meters. Jarram described it as “the Night Watch from France".

After completing his studies in Casablanca, many of his classmates moved to Paris. Jarram: “I went to the Netherlands, along with two other guys. I knew Rembrandt and Van Gogh. I loved Rembrandt and his world. In my old work, you see a lot of chiaroscuro, that is inspired by Rembrandt. Because of the dark, you are able to see the light more clearly. I came from a light place and Rembrandt from a dark place. Rembrandt's studio had small windows, just like the houses in Morocco. So I felt a kind of kinship.” In the 1990s, Jarram's work was recognisable by the ways in which he mixed the old masters with motifs from Islamic culture. For example, he recreated Rembrandt's "Anatomy Lesson" in such a way that few human aspects remained: heads were replaced by gigantic tulips and the dead body is depicted as an anthropomorphic cactus. But when Jarram got a studio in the Dutch countryside, he was more inspired by the Dutch tradition of painting landscapes.

His most recent work takes a closer look at current events: the refugee crisis and the position of young Moroccan-Dutch people in Dutch society. His portraits are based on selfies that he finds on Facebook and Instagram. Jarram: “They live in the world that I wanted to live in in the past, but I didn't get it. I left in the late 1970s. Cell phones did not exist yet. You would write a letter to your parents and it would take a week to get a response. If I wanted to speak to them, I would call from Enschede to the grocer in Casablanca, just around the corner from my parents. He would then pick up my parents and I would call back fifteen minutes later to get my father and mother on the line. The young people in my work have the world in their pocket. They pose with pride, often using their hands to show the sign of victory. But you don't just see their successes; you also get to see their despair, their dreams. They want to tell a story and the selfies are often a cry for attention and understanding. I offer a different podium. If I immortalise them in a drawing, they get more eloquence in a way. Selfies disappear into thin air, yet these portraits linger in your memory.” In addition, Jarram aptly portrays the profound powerlessness of refugees, facing an uncertain future.

His solo exhibition “Beeldenstorm” opened in Rijksmuseum Twenthe on 19 November 2020, but the museum had to close its doors a month later. The exhibition was supposed to be on show until 9 May 2021, but it is still unclear when the museums will be allowed to reopen.
His solo exhibition at Galerie Maurits van de Laar can be visited by appointment in The Hague until May 2.
In this article