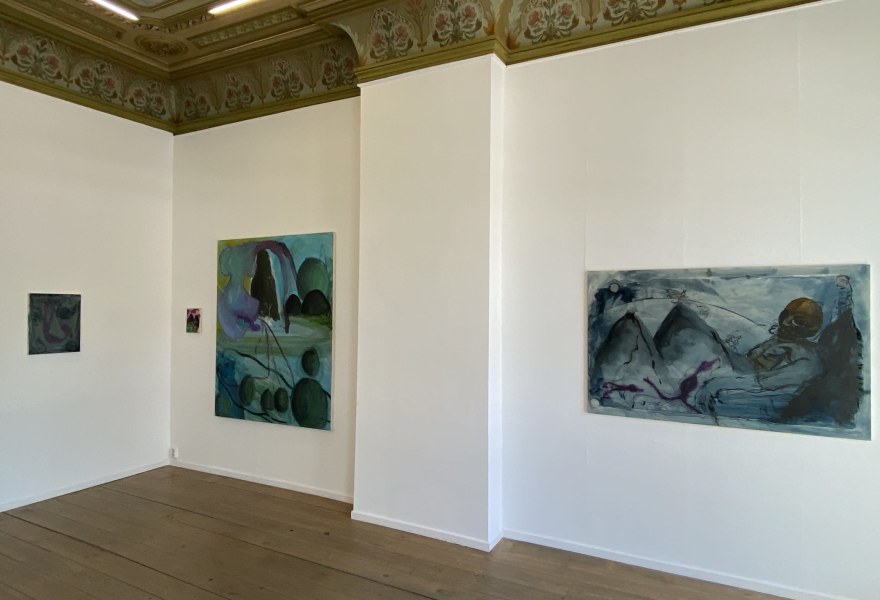 Until March 14, Cokkie Snoei in Rotterdam has programmed an exhibition with a melodious name: "Mental Pathfinders and Roundabout Scouts: Intersections, Connections and Digital Perceptions". In this exhibition we see the work of two artists who translate the relationship between human beings and technology into their own unique visual language: Sam Hersbach and Marisa Rappard. 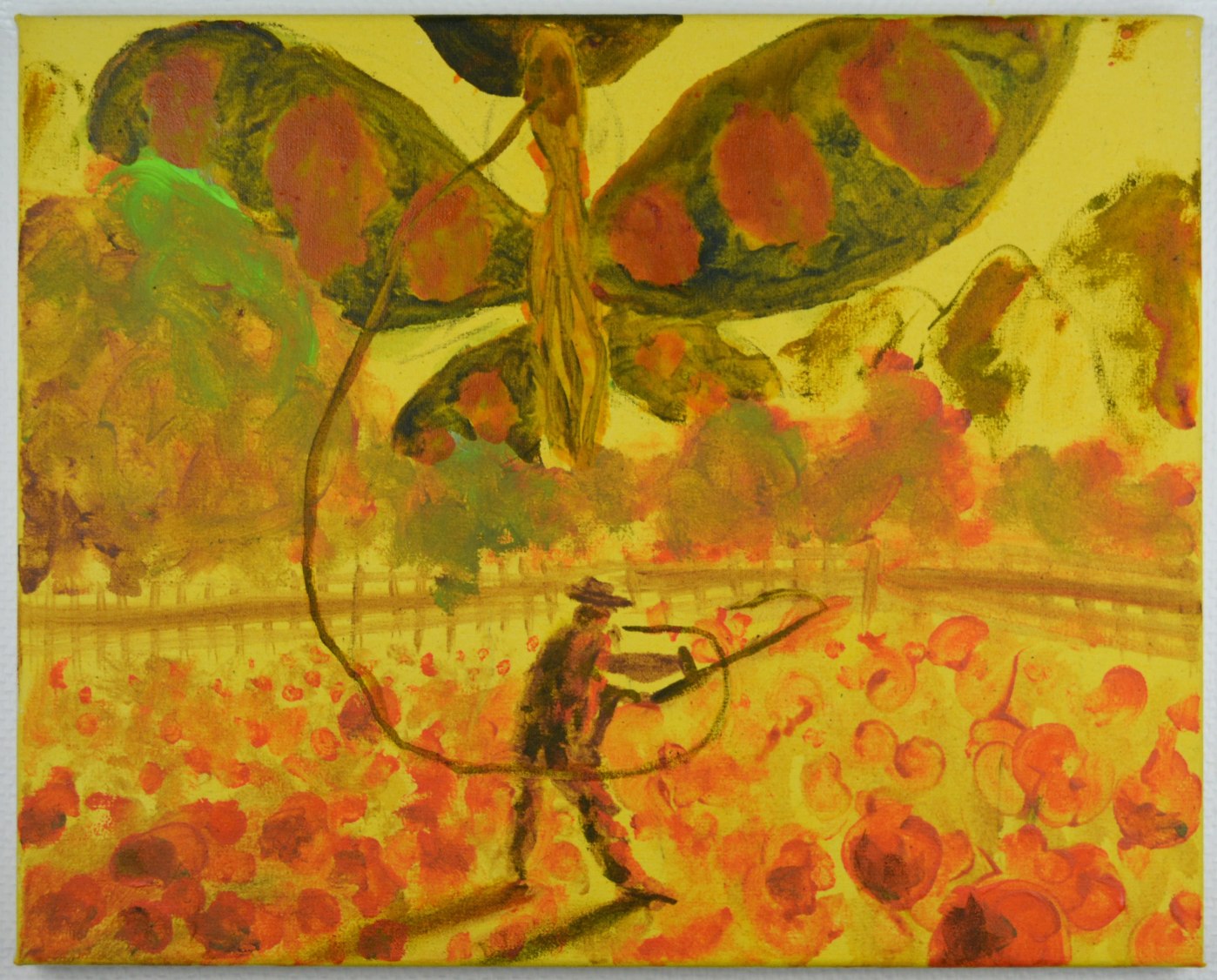 Sam Hersbach: “I am interested in sociological and technological developments and especially in the philosophical thoughts that underly them. What is it, to be human, what is power, what is free will? I saw a documentary in which catfish were hunting pigeons. I've never seen anything so clumsy. As a result of technological developments, we try to turn ourselves into walking gods. But at the same time, we are also that silly catfish that does crazy things, for instance sending sound clips into space. I try to capture things like that in an image and then you get images of catfish catching snakes, a snake arguing with a butterfly or someone decapitating himself to put his head on a statue in order to immortalise himself.”

Hersbach was awarded the Royal Prize for Painting in 2018, after being nominated for the second time. After graduating from the HKU, he was selected as one of only ten artists for a prestigious two-year postgraduate course at De Ateliers in Amsterdam. If he hadn’t attended art school, he says he would be designing computer games now, because he feels that they are equally able to convey a story. Hersbach's paintings are humorous and light-hearted, but at the same time, they have a serious undertone. The fantasy-like creatures in his paintings represent realistic problems such as the unequal balance of power and the hubris of human beings, often related to an overvaluation of technology. Hersbach: “I am a jester who makes an attempt at philosophical thoughts. But given all the fascinating and nasty things that people invent and that pique my curiosity, I could also describe myself as a ‘truth-finding-quest-discoverer'." Hersbach devours documentaries about technology and post- or transhumanism and is also inspired by writers such as H.P. Lovecraft and Yuval Noah Harari (known from the book Sapiens), as well as people like Elon Musk and Neil Harbisson, who implanted an antenna in his head that allows him to hear colour. 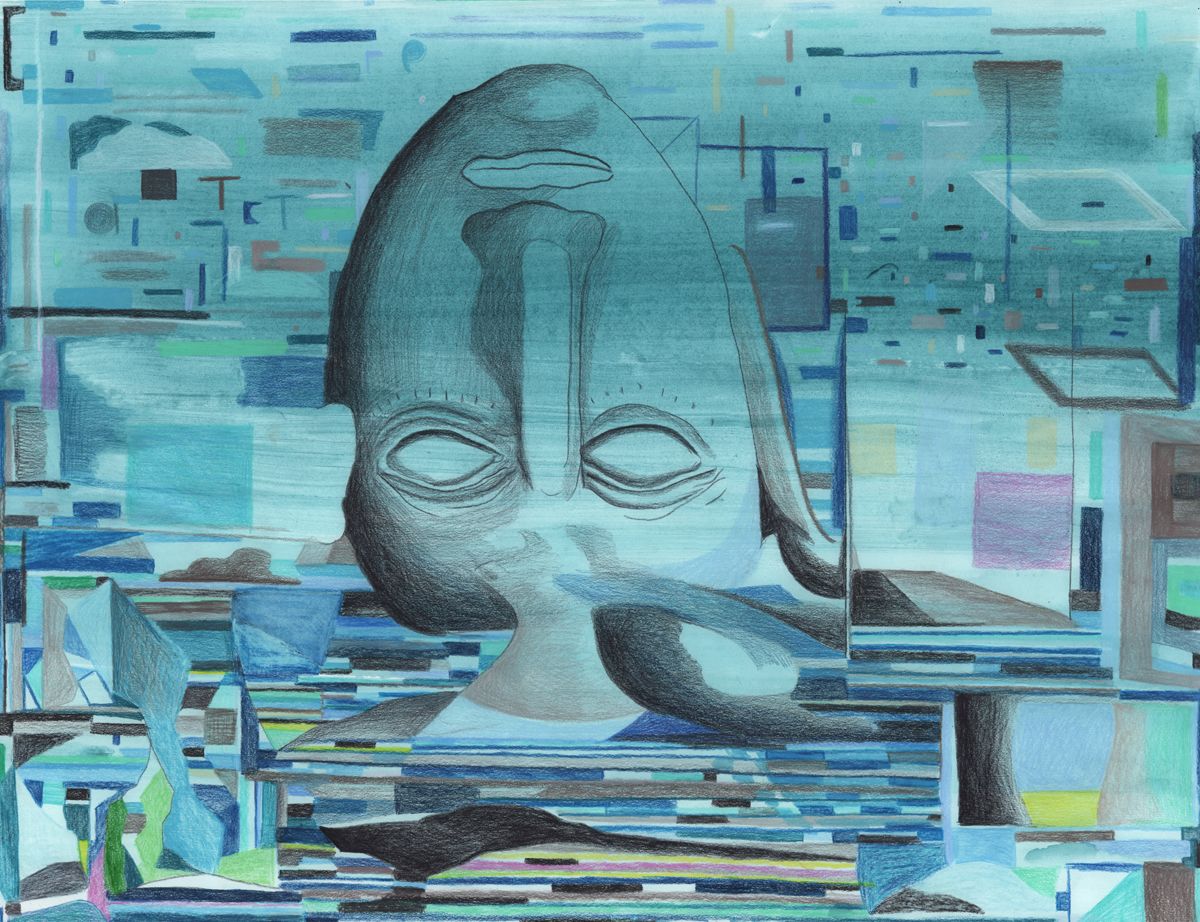 Marisa Rappard is also interested in the transcendent aspect of technology, considering a future in which it might be possible to upload your consciousness in the cloud. Yet, she finds other aspects of this rapidly developing technology quite alarming, such as the rise of fake news, Russian troll armies and elections that are being influenced by foreign powers. This balance between optimism and fear about the future is visible in her work, partly because she often has the television on while making her work. Sometimes that means CNN is on, but she also likes to watch dystopian sci-fi series in which transcendent forms of technology take center stage, in which technology almost becomes a divine entity in itself. Rappard wonders what it means to be human in a world where technology controls our lives and where we are inundated with information on a daily basis. Perhaps that is why she works in such an associative manner.

Rappard: “For me, drawing is the most direct way to translate thoughts and feelings into an image. My way of working is also very associative, from an impulse and drawing fits well with that because it is very direct. Oil painting is too slow for me, it is much more about layers on top of each other. For me it has to be done immediately, because it coincides much more with my thoughts. I draw in large format because I want to depict an information flow. I want to show how condensed that flow of information is, that comes to you on a daily basis. In doing so, I set out my feelers for what is going on in the world. That includes global topics, but also very intimate ones, taking place in my own house.”

Rappard works on a large scale, but her work nevertheless looks very intimate. With acrylic, ink and pencil she works in a style that balances between figuration and abstraction, sometimes adding elements that appear almost cubist. Her works have been compared to a house of mirrors, where she invites the viewer to wander freely, in a world that always leaves something up to the imagination. In her most recent work, Rappard reflects on the past year; in which the dividing lines between the physical human experience and digital interaction only became more blurred. She translated the alienation she experienced into a series of drawings that can now be seen in Cokkie Snoei. Rappard's work has been exhibited in Boijmans van Beuningen, Kunsthal Kade and in 2016, her work was shown in a solo exhibition in the Centraal Museum.