What does a dystopian view of the future say about the present? 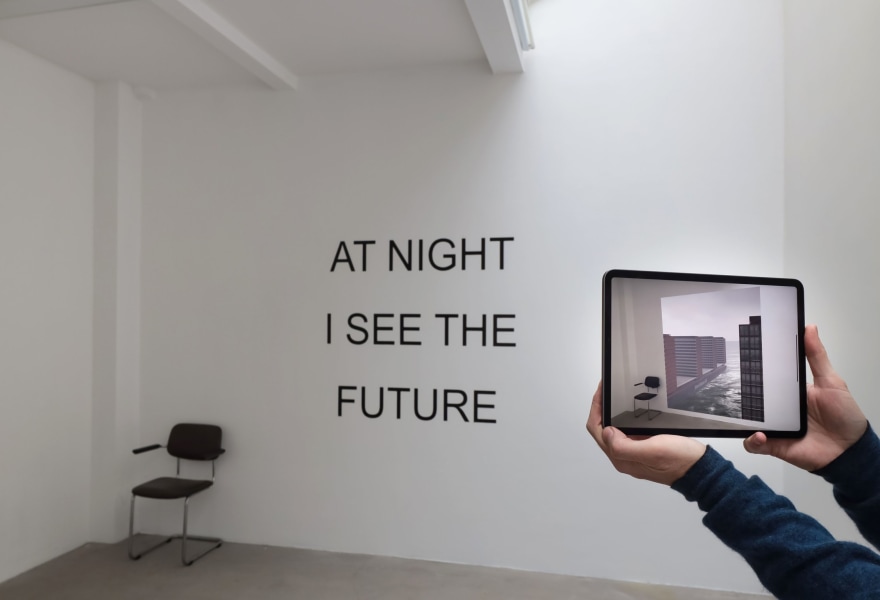 On February 13, AKINCI will open a combined exhibition online: "At Night I See the Future", with work by Edwin Zwakman, and "Floating Scenes" with paintings by Ulf Puder. Both artists provide their own perspective on the future, but they each omit an important factor: people. The interesting thing about utopias and dystopias is that they often tell us more about the time in which they were made, rather than about the future they paint — either positive or negative. In some cases, you, as a viewer, are allowed to judge the situation yourself. 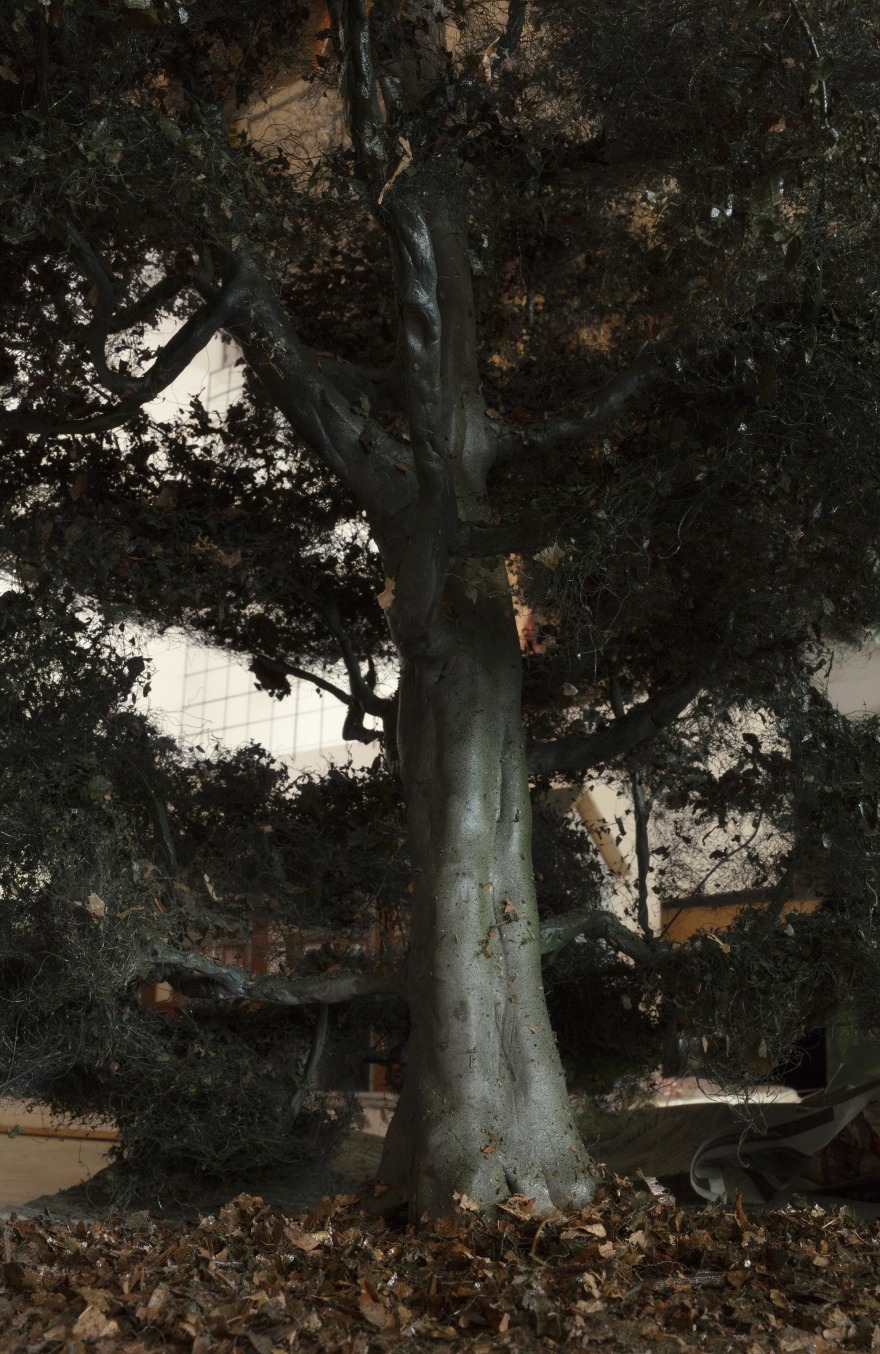 Zwakman's work, for example, does not show futuristic cities or post-nuclear landscapes. Instead, he considers what our views will be like in 60 years. In what ways will current issues have affected the landscape of the future? That might be ecological problems, but also social problems like inequality, gentrification and so on. Initially, Edwin Zwakman's photos are reminiscent of casual snapshots: an apartment building with only one light left on, a parking lot with a forklift, a wandering shopping cart, an isolated electricity pole… But your eyes are unreliable in this case: you are in fact looking at a series of carefully constructed models, and thus a constructed reality. In a future where deep fakes will determine the news cycle - and fake news has already created problematic situations - we will have to learn to train our eyes. We still, too easily, believe that photos never lie, particularly if they don't depict polarising subjects. Zwakman’s models are made of materials like plastic foil, cassette tapes and cardboard, but that is not visible through the lens of his camera. Furthermore, the somewhat clinical Dutch landscape lends itself really well to this approach.

Zwakman compares his practice to concentrated fruit juice, which, in a chemical sense, consists of the same elements as freshly squeezed juice. Still, it does not taste the same. Which is why you find yourself in a place between fiction and reality when looking at these photographs. The artist, who spent two years at the Rijksakademie, is sometimes amazed at the human need to paint or photograph the world exactly as it is. Zwakman: "The why of this tendency to represent is food for psychologists." He creates a world in which every minute detail has been staged, but at the same time, his image still says quite a bit about reality. About our highly regulated and controlled society. Yet Zwakman also challenges you to consider your own thoughts when you’re looking at his photos.

The painted architectural constructions of Ulf Puder seem a bit more overtly dystopian, but at the same time, they also have an abstract appearance. The German painter graduated from the Leipziger Hochschule für Grafik und Buchkunst in 1990: in a former East German city, in the year of German unification. He is considered to be one of the most important German painters of his generation and he continues to be a great influence on other artists. The buildings in his paintings are haunting and seem to be on the brink of collapse. At the same time, the works also have cubist-like, deconstructed features. Puder effectively suggest abstract forms. His desolate architecture symbolises an extreme form of industrialisation and a complicated relationship with nature. In this semi-derelict landscape, the lack of people also seems much more meaningful: has the apocalypse already occurred here? Yet, Puder’s use of colour is surprising: in such a dark and gloomy landscape with stormy skies, you do not necessarily expect fresh pastel colours.

The combined exhibition "At Night I See the Future" & "Floating Scenes" can still be seen at AKINCI until April 17. First online on GalleryViewer and from March 3, also in a more physical sense in the gallery space in Amsterdam.
In this article