A cloud of nano-3D printers 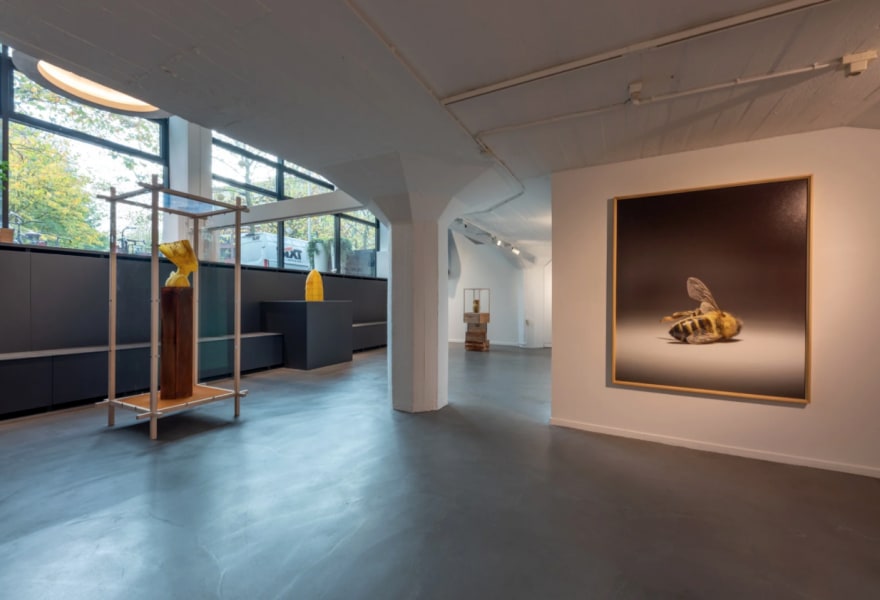 Rademakers Gallery has currently programmed a solo exhibition with work by Tomáš Libertíny. Due to government measures, it will only be visible online on GalleryViewer until January 20. Should the measured be eased after that, these works will be on show in the gallery until January 30.

Libertíny was the talk of the town when he first presented a Made by Bees vase, at a design fair in Milan in 2007. The object was exhibited alongside a video in which the artist shares the intriguing process behind it, in which 40,000 bees spend a full week perfecting the vase. Libertíny starts the process with a basic beeswax skeleton, on which he prints a honeycomb pattern. After that, he places the object in a beehive and the bees will do the rest: a remarkable example of synergy with nature. The result differs every time: the vases will have a different colour and scent, depending on the flowers that bloom in that season. Libertíny: “You cannot force nature. You can only invite bees. They will only build a house, on the frame I carefully created, when the conditions are just right, when they feel safe.” One of his vases has been included in the collection of the MoMA in New York, along with a video. Prior to the project, Libertíny worked with beekeepers to understand the behaviour of bees a bit better. The artist has jokingly described them as a cloud of nano-3D printers. The success of his projects also had a downside: a large New York ad agency shamelessly copied his work for a whiskey brand. 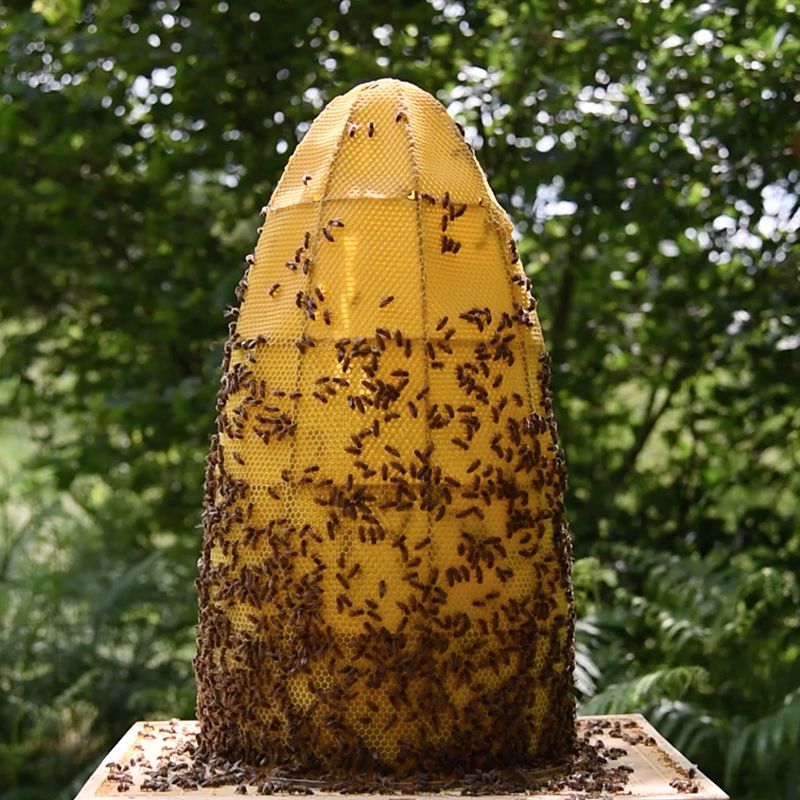 Libertíny is the son of an architect and a historian and he studied engineering, painting, sculpture and conceptual design in Slovakia, Seattle, Bratislava and Eindhoven. In every new project, the artist pushes the boundaries of what is possible. In 2019 he created a unique project for an exhibition in the Kunsthal. He made use of the bee colonies that had been living on the roof of the building for five years at that time. Using these bees, he made a wax 3D sculpture of the Egyptian queen Nefertiti, which can also be seen in the exhibition at Rademakers Gallery. Brutus is also represented in the form of a beeswax sculpture. Libertíny was partly inspired by the fact that the ancient Greeks first made up their sculptures out of beeswax (in his view a feminine material), before casting it in bronze (a masculine material in Libertíny’s eyes). 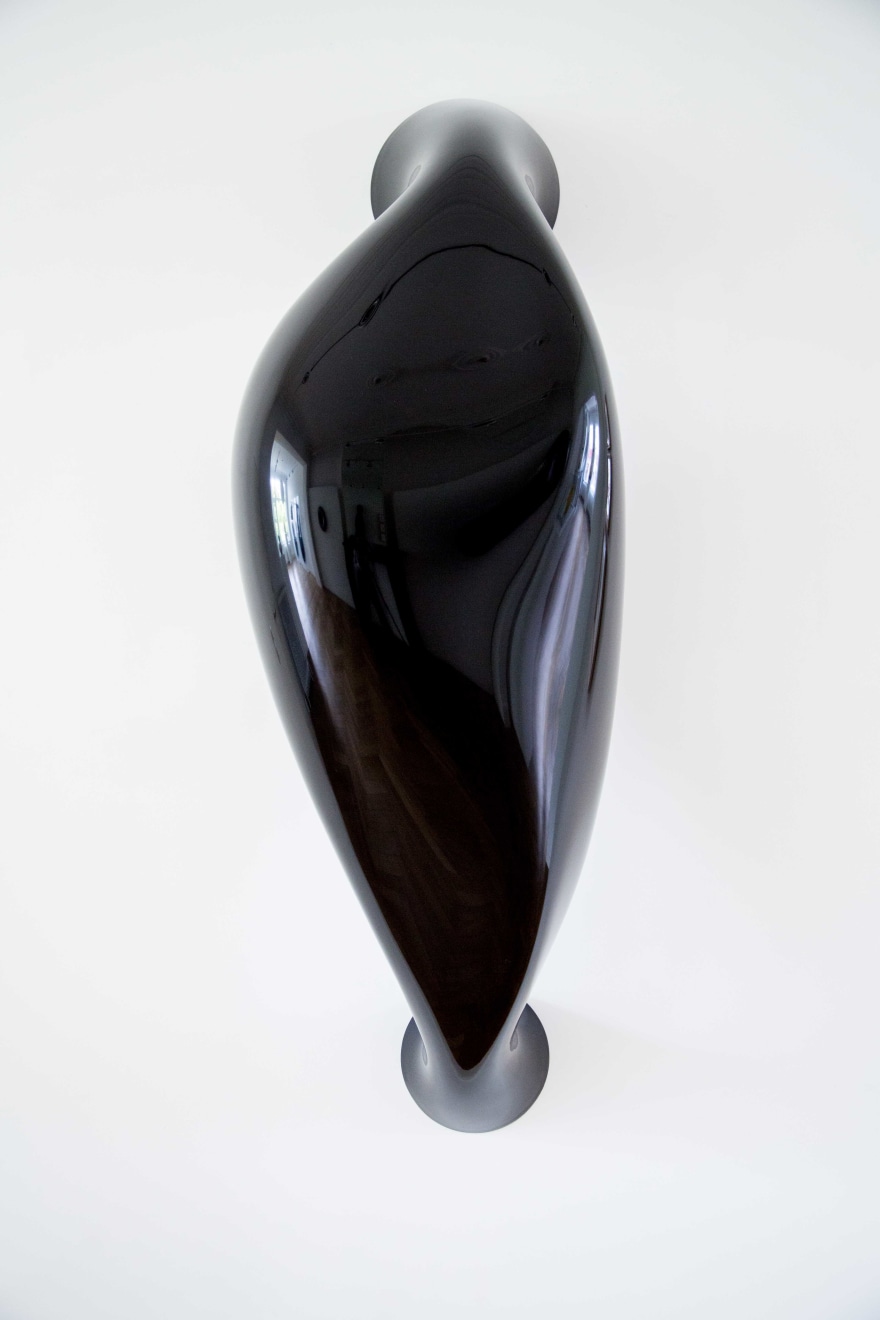 Libertíny also describes - and critiques - how beauty has become subordinate (and perhaps even undesirable) in contemporary art. He is always striving for beauty, with a deep respect for the intelligence of nature. His work, which deals with both the physical and the philosophical, is also a statement against mass consumption. Libertíny: “The relevance of contemporary art has been in question for sometime already. Maybe it is time to admit that contemporary art doesn’t have any aspirations to be part of solving the problems that we face. Problems that are relevant today stem from the growing population, the destruction of our habitat, food distribution, social loneliness in the profusion of digital sharing etc. Sciences give us new tools to work with and different cultures give us a moral compass.” 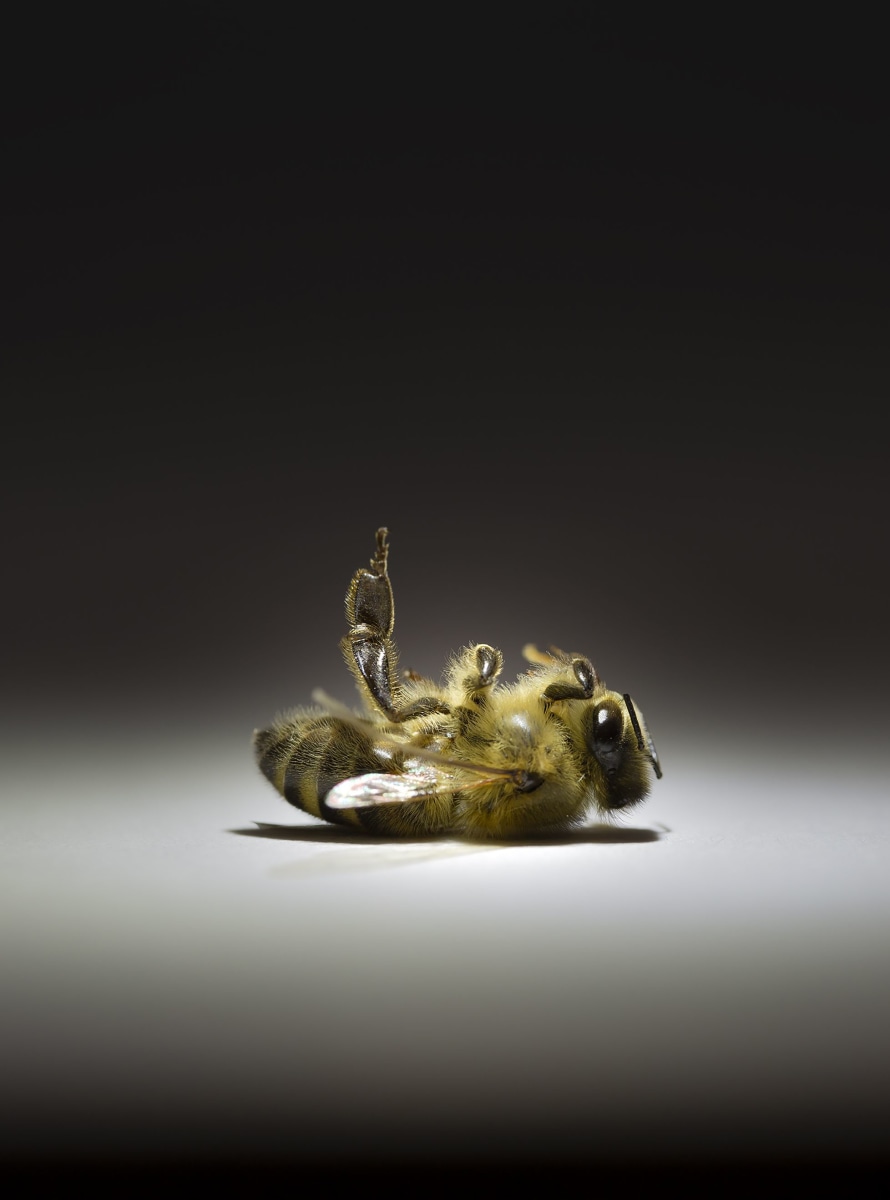 The artist also questions our relationship with animals. Bee mortality has devastating long-term consequences for the earth and humanity. Libertíny: “The fact that bees are disappearing is alarming. The worst part is that for a couple years, we didn’t have the faintest idea why.” You will also see a number of photos in this exhibition, including the work "Martyrdom", which shows a dead honey bee. The photo, inspired by Jacques-Louis David's painting "La Mort de Marat", represents themes such as predestination and sacrifice.

Libertíny's work has been exhibited at the Venice Biennale, in the Victoria & Albert Museum and in Bozar in Brussels and you can find his work in the collections of the aforementioned MoMA, Boijmans van Beuningen, the Cincinnati Art Museum and the Museum of Design and Contemporary Applied Arts in Lausanne.

Tomáš Libertíny's exhibition can be seen on GalleryViewer until January 20. Should there be any relaxation of government measures after that, these works will be on display in the gallery until January 30, 2021.