What our view of the universe says about us 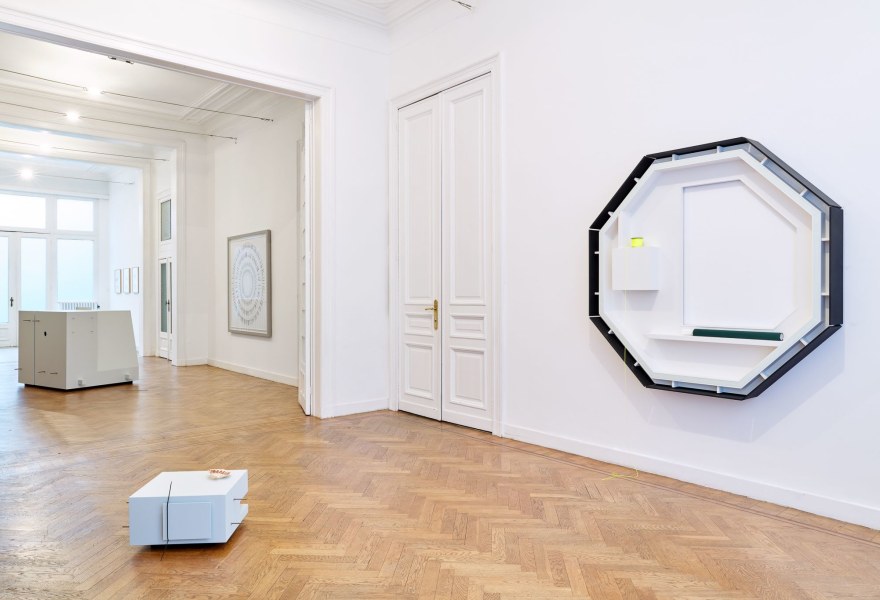 How do we organise and present the world around us? Our brain is a well-programmed machine that makes use of a mechanism called heuristics: standardisations that your brain uses as a filter. Those faster neurological pathways and simplifications in your head are essential: otherwise there would simply be too many decisions that we’d have to make in a single day. Without these heuristics, we would actively record every single detail we encounter in a day, effectively driving us mad. For example, we make decisions by comparing our current situation (consciously or unconsciously) with comparable situations: a representative prototype. Heuristics also ensure that we value expensive things over cheaper objects (which is visible within the art world) and that we strive for a certain consistency between our words and our actions. Belgian artist Wesley Meuris, whose work is on show at Annie Gentils Gallery until January 24 (by appointment), is fascinated by the human urge to catalog, (hierarchically) classify, rationalise and name the things that surround us. 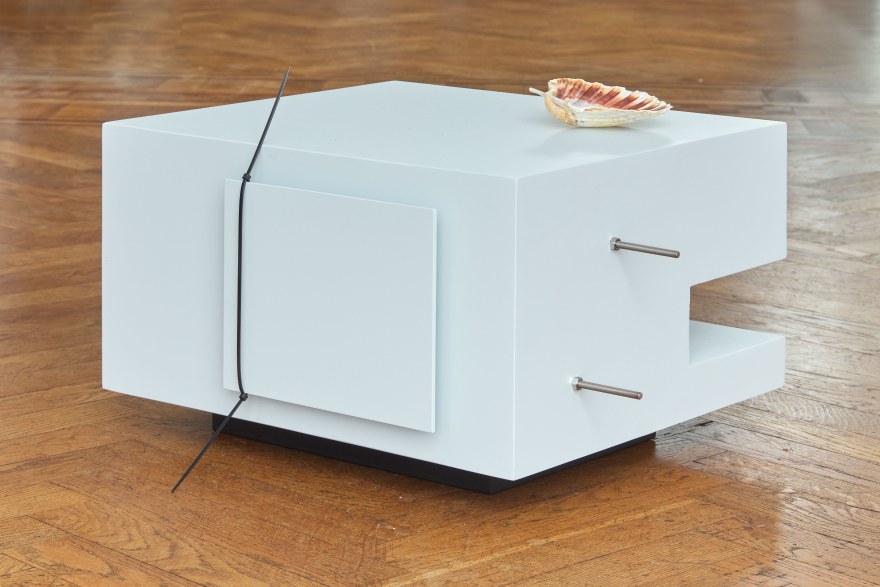 Meuris exposes the underlying mechanisms, that he examines with the help of scientific imagery, spatial installations, (architectural) sculptures and drawings. He demonstrates that these mechanisms are anything but self-evident and certainly not neutral. Why, and in what ways (consciously and unconsciously) do we try to control our environment by analysing and mapping it? And what resources do we use for that? In an earlier project, for example, Meuris investigated the (often standardised) ways in which we exhibit things: in archives ("The World's Most Important Artists", 2009) and museums ("Exhibition Types", 2017), but also, for example, in zoos. Empty and decontextualised (on a 1: 1 scale), these presentation tools and pieces of furniture are ideally suited for analysis. These pedestals, showcases, cages and cabinets may seem neutral, but they betray the norms and values ​​that we as a society seem to consider important. In fact, Meuris takes the context to the center stage. For example, in his "Staging Speech" series, he shows us the architectural context that we deem ‘fitting’ to weighty oral presentations: like lectures, political speeches, and so on. Consider, for example, the instantly recognisable architecture of an auditorium. As part of his practice, Meuris founded the fictional "Foundation for Exhibiting Art and Knowledge", which abbreviated to FEAK immediately sounds like FAKE. Meuris calls it faction: a combination of fact and fiction. He studied at various art academies in Antwerp and Brussels and after obtaining his PhD in "Exhibiting Knowledge”, he started training as a carpenter, where he learned more about engineering and industrial design — essential elements for his later practice. 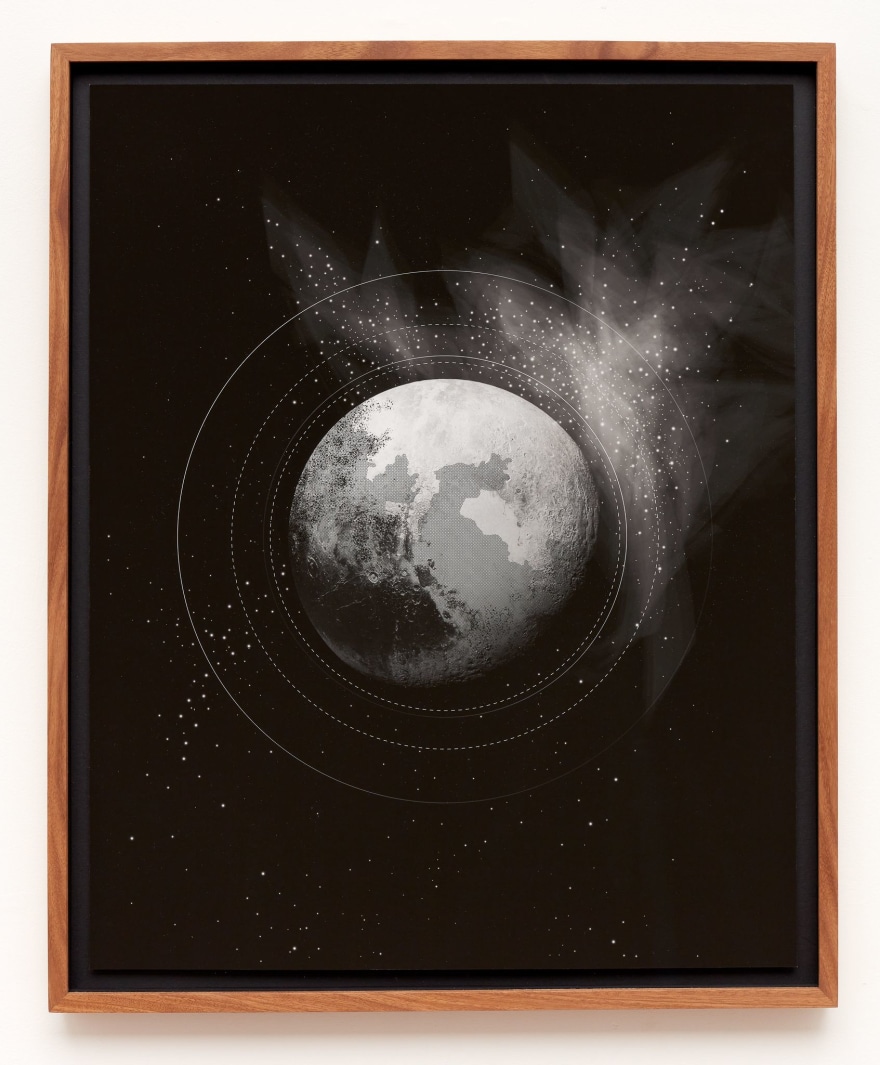 For his new exhibition "Verticality" in Annie Gentils Gallery, Meuris opened another chapter in his research. The vertical can be taken quite literally in this regard. Man has long been engaged in a horizontal exploration of the earth. As examples, Meuris names the voyages of discovery and colonial history. But our gaze, through an explosive expansion of scientific knowledge, has slowly turned upwards in the past centuries; and vice versa: from space towards the earth. That started with Copernicus and Galileo during the scientific revolution, but gained particular traction in the last decades, when space and the desire for literal transcendence has established itself in our collective imagination. The perceived distance to space has also decreased, in a time when astronauts regularly offer live streams on Facebook, in which they answer questions from space, in real time. 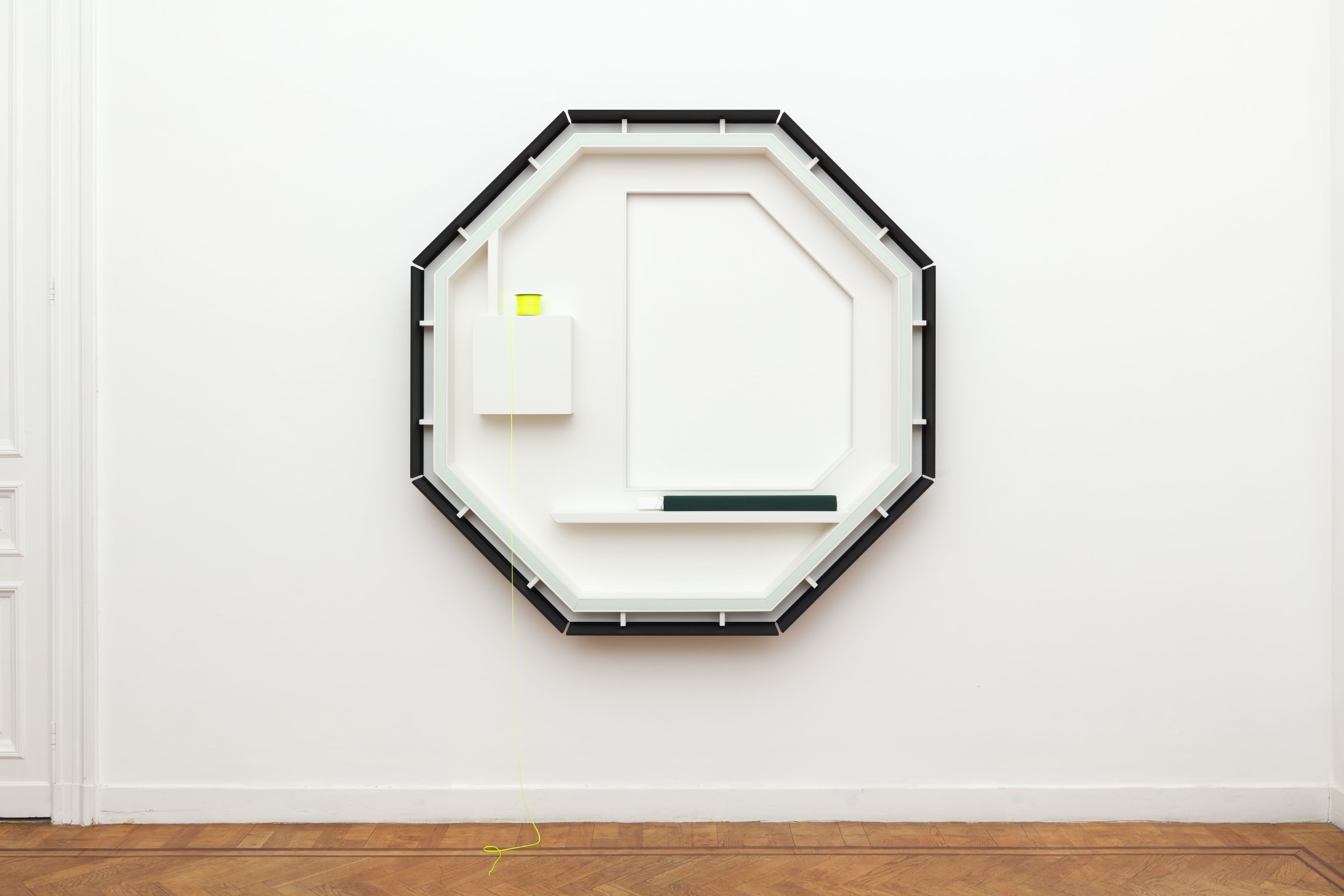 At the same time, Meuris also observes that we will never be able to fully comprehend this progress, let alone stop it or slow it down. Using sketches and diagrams, he analyses human movements in space and offers new perspectives and equipment. These can increase our knowledge of - and literally the extent to which we can view - space and can potentially even ensure that we find a new planet to colonise. In the exhibition we see, for example, a number of large physical objects that Meuris calls "capsules", mysterious and extremely minimalist objects that, with their visible connection points, resemble technical parts of a larger whole that has yet to be built or assembled. 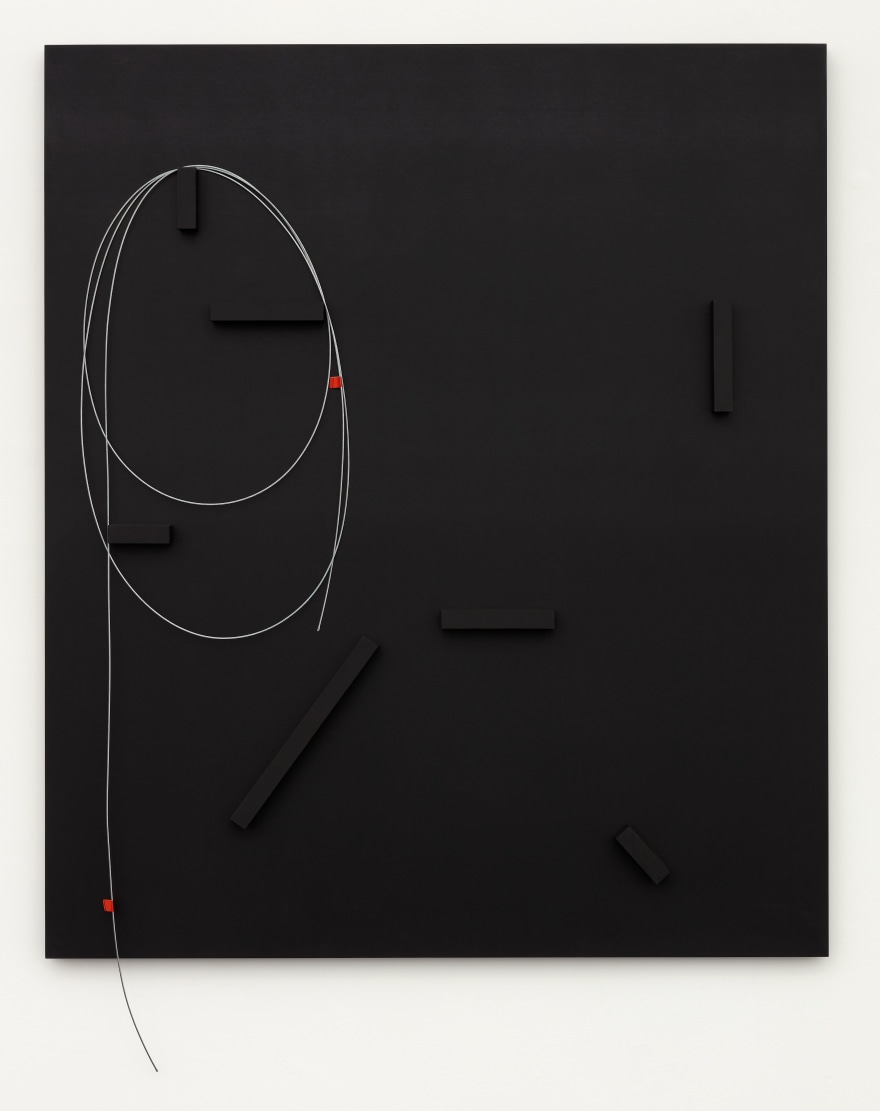 Meuris explored various areas of scientific research for his "Verticality" project. That includes natural history (an umbrella term for the natural sciences, with a range from biology and zoology to geology and meteorology), but also technology and anthropology (the scientific study of human beings). Just like in his previous projects, Meuris shows us a collection of data (in some cases simulated) or an accompanying object or mechanism. To that, he adds an artistic, and often aesthetic, layer. This creates visual puzzles with an almost philosophical and poetic layer, inviting you to look a bit longer. Meuris makes us rethink the world around us and that what makes us human: in the way that good art can.

Meuris's work has been exhibited at places including the Centre Pompidou, SMAK, TENT, the Royal Museums of Fine Arts of Belgium (Brussels) and Kunsthalle Vienna.

The exhibition "Verticality" by Wesley Meurs will be on show at Annie Gentils Gallery in Antwerp until January 24 (by appointment).