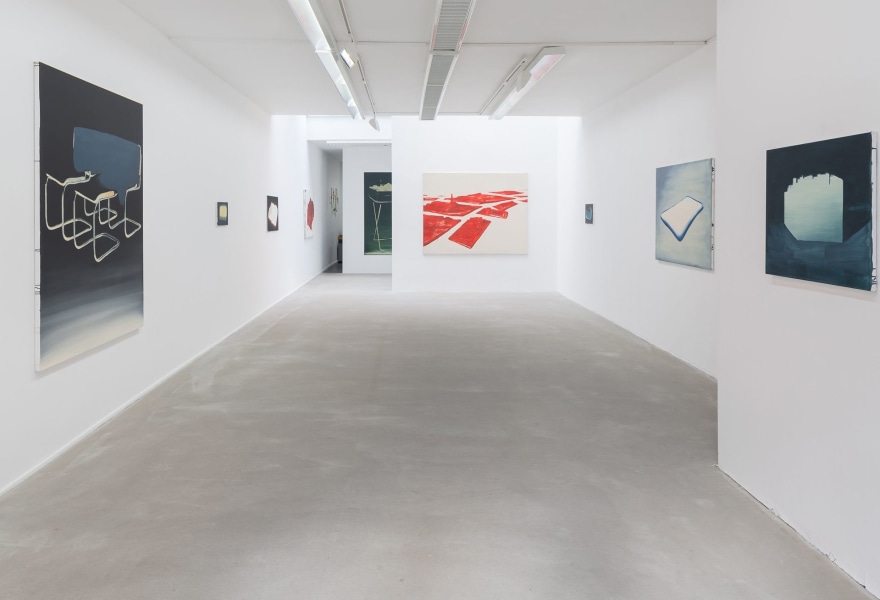 This weekend, we are organising a special joint opening on Gallery Viewer to celebrate the fact that cultural life is slowly getting started again in the Netherlands, with due regard for safety. Dutch prime minister Mark Rutte announced this week that the motto ‘stay at home as much as you can’ is transitioning into the new advice to ‘keep a safe distance of 1,5m’. That means it is also safe to visit galleries again. Dutch museums will reopen on 1 June and galleries have had ample time to think about how they can function within 'the new normal'. Many of them are reopening their doors during regular hours and have taken measures to ensure that people can safely look at art. In these times, it is extra important to support artists and galleries, especially now that the Dutch KunstKoop arrangement has been extended, which makes it possible to pay art in installments (interest free). Especially when you are at home a lot, art can add depth to your experience of isolation at home.

Canadian writer Margaret Atwood, famous for the dystopian classic ‘The Handmaid's Tale’, spoke about the crisis in a beautiful and poignant way this week. “Think of all the things you hope will still be there [when this crisis is over]. Then do what you can, now, to ensure the future existence of those things. (…) Strange how we assume these happy places will always be there, so we can step out or drop in whenever we feel like it.” She invites her readers to think about how they can help their favourite places to overcome these difficult times.

AKINCI presents a solo exhibition with work by the Russian artist Andrei Roiter. Born in 1960, Roiter grew up in a country in which art was controlled by state ideology and the resulting social realism was used as a propaganda tool. In the late 1980s, many Russian artists first came into contact with the recent Western art tradition. Roiter was one of the many young artists who traveled abroad. He currently lives and works in Amsterdam and New York, but his work reflects on his native country. He was previously described as an eternal tourist, but visually, he also makes an effort to approach universal and complex human experiences that will certainly feel relevant now: loneliness, melancholy, fear, insecurity but also hope. He paints artifacts and architectural elements that will look familiar, but he invites us to look at them with fresh eyes. His objects are often depicted against a large contrasting void, which inspires the viewer to come up with their own interpretations and contexts.

andriesse eyck galerie shows work by Carel Blotkamp, a Dutch artist, art critic and emeritus professor of modern art. Blotkamp: "Where many artists are inspired by nature, my area of ​​interest is simply art itself." That is why part of the exhibition consists of active references to that same art history. Blotkamp uses reproductions of famous works by Van Gogh, Duchamp, Giacometti and Flavin, among others, and then covers these with lavishly glittering and coloured sequins. That way, he removes these works from their pedestal. He did a similar thing in the 1970s, when he repainted a Mondrian, replacing the colour black with green: the colour Mondrian refused to use in his modernist work. But, as Blotkamp’s background suggests, it is not only a light-hearted way to rid art of its inherent aura, but above all it’s a means for formal research into materiality, the image and originality. The exhibition also shows other works by his hand that seem to reflect more on Romanticism and greatness - and the sublime - in nature. In the back space of the gallery, he made a selection of work by other artists of the gallery. 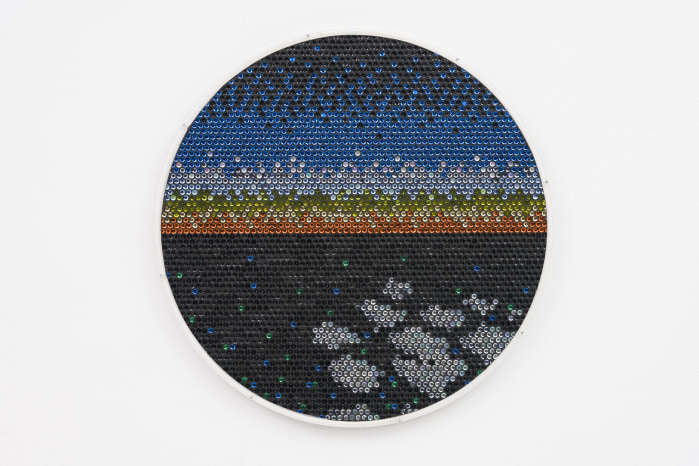 In Annet Gelink Gallery, you can visit the current group exhibition 'New Reproductions', with work by Maria Barnas, Ed van der Elsken, Roger Hiorns, Erik van Lieshout, David Maljkovic, Awoiska van der Molen, Robby Müller, Antonis Pittas, Wilfredo Prieto and Johannes Schwartz. This exhibition deals with the correlation between publication, art and research and the graphic designer, artist and institution. How do they correlate and how does this provide new insights? The exhibition also champions the artist's book and presents a wide selection to demonstrate the variety and depth of this art form, that is constantly stretching its boundaries. Because these books are presented next to the artworks, an interesting dialogue is formed. In addition, the gallery also released a special limited edition face mask together with Erik van Lieshout. The letters on the mask state ‘Art Blasé’, a reference to the famous art fair in the same font.

Ellen de Bruijne Projects exhibits ‘Staying with the trouble’, an exhibition by the Berlin-based artist duo Pauline Boudry / Renate Lorenz. Boudry (Swiss) and Lorenz (German) have been working together since 2006 and are known for their film installations in which they combine old and new material (from film and music to photography and performance) in a consciously ahistorical way. This way, they can create (or merge) new or underexposed narratives about queer history. It results in interesting, time-crossing and partly fictional works. In this exhibition they focus on a current problem: "living and dying together on a damaged planet”. They think about how human beings function within that problem, as a concept, with 'agency', the possibility to influence your environment. They also reconsider to what extent we are entitled to these rights. 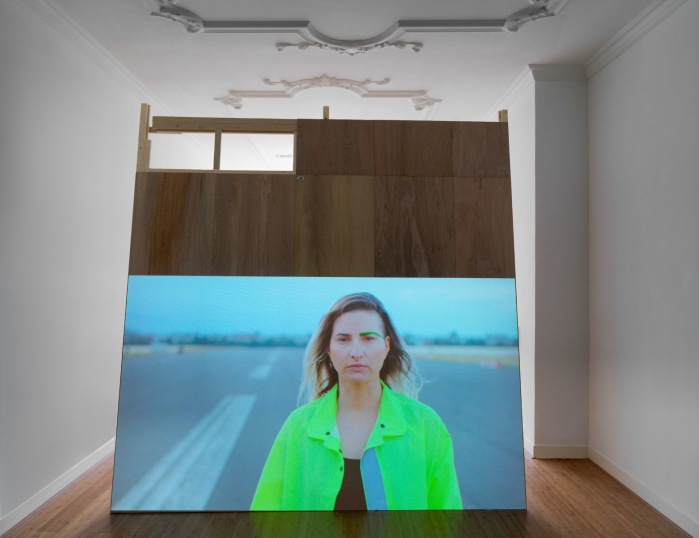 There are two exhibitions on show in Gallery Fons Welters: ‘A Carpet for your Somersaults’ by Juliette Blightman and ‘The Captive’ by Mercedes Azpilicueta. Argentinian artist Mercedes Azpilicueta, whose work was recently exhibited at the Van Abbemuseum, presents a series of sculptures and the animation ‘The Fast Gossiper’ in the front space of the gallery. In her work, she investigates language and (the visibility of) voices, especially in the context of colonial feminism, resistance and performativity. Juliette Blightman invites us into the observations of her own life and her personal spaces, in order to explore the boundaries between private moments and sharing those personal moments with a larger audience. In the middle of the room, for example, you can see her daughter's trampoline. The work is called ‘A Room for One's Own’, a reference to a feminist essay by Virginia Woolf. In a painting and in a short film, we observe seemingly unimportant moments in which we see that same trampoline, images that sometimes feature her daughter. In our current situation, the enclosed trampoline and the emphasis on private spaces, almost seem to get a different context. 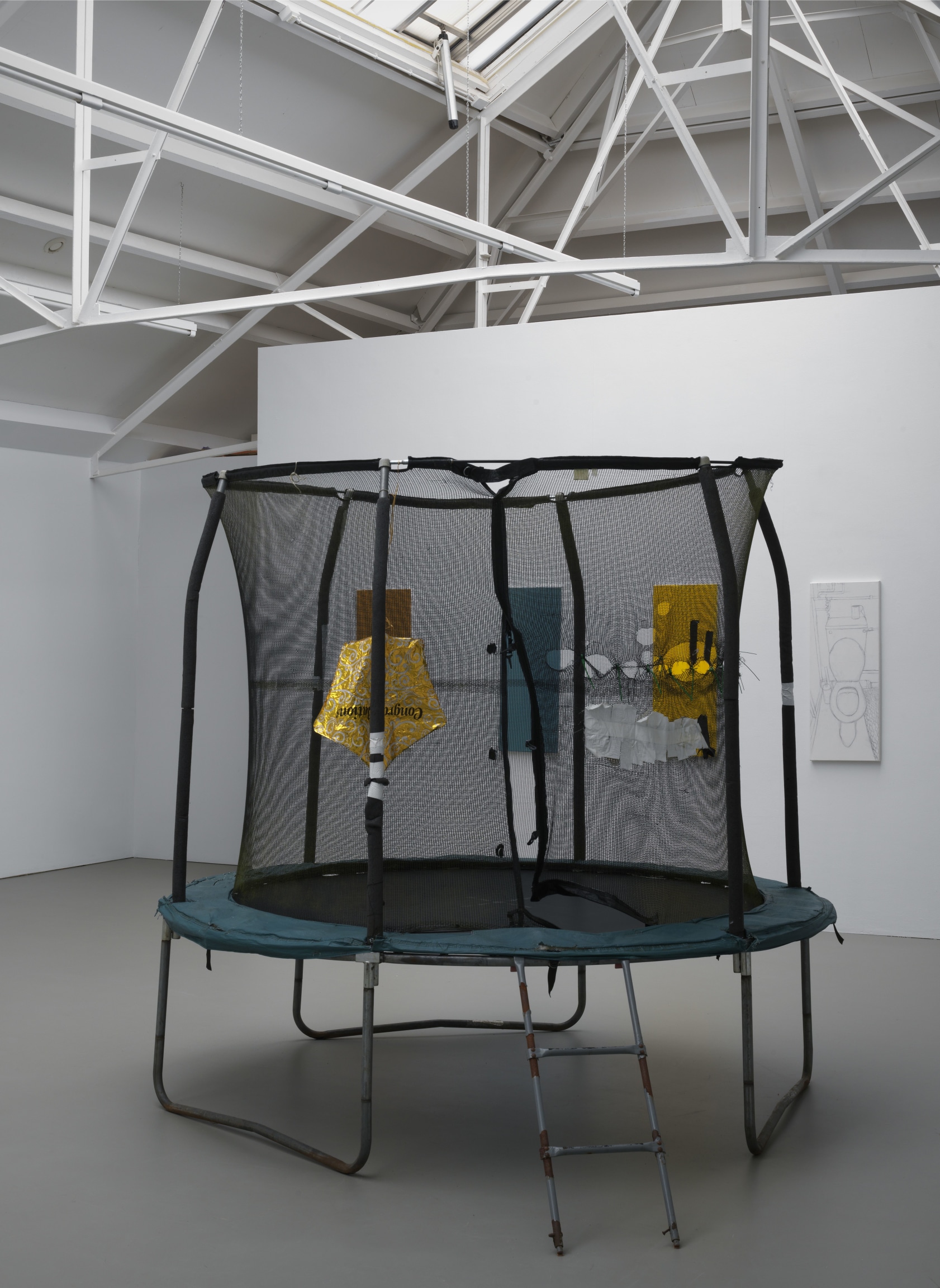 GRIMM on the Keizersgracht opens a solo exhibition by the American artist Dave McDermott, who explores the limits of painting in an attempt to work outside of existing boxes. McDermott: “I credit being raised in the West with my mindset as an artist, namely to avoid didactic and illustrative tendencies, and instead to aim for a transmission of feeling… more poetry than ‘point’.” His visual imagery is instantly recognisable and versatile and the works in this exhibition refer to well-known Western art expressions, including Greek mythology, literature by James Joyce and Alfred Tennyson, paintings by Manet and Puvis de Chavannes and even John Lennon. "The works in this show take a variety of cultural references that I relate to this contradictory myth of the West as a starting point, and then reorder them with my own language.”

Lumen Travo Gallery presents the activist and philosophical work of the Dutch multimedia artist Mariëlle Videler in the solo exhibition ‘Bird Bath’. Videler starts her work with the question "do we want the heart of a bird to beat faster?". To this end, she conducted extensive research into birds, in particular into the (marginalised) ways in which they function in an urban context. She also looked extensively at our relationship with birds. The results of this research can now be seen in the gallery space. Videler created an optimal microclimate for these birds on her balcony, with a drip shower, seeds, colours and views. 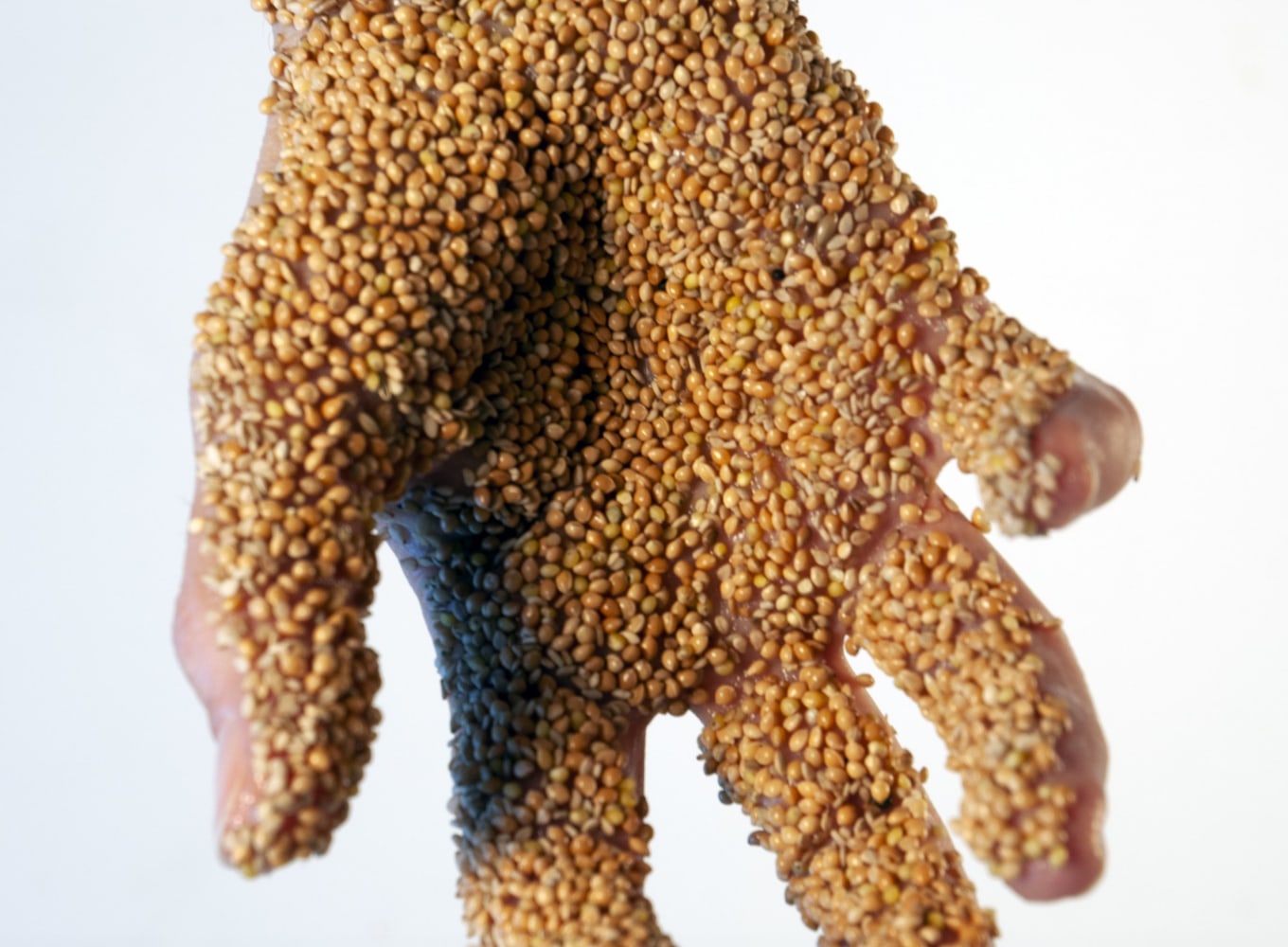 In Gallery Ron Mandos, we can see the work of the Flemish artist Koen van den Broek. The gallery shows the 21 most beautiful works from the artist's career, that spans 21 years. Van den Broek’s paintings offer us views in a broad sense: seascapes and wide landscapes, as well as highways, curbs, rainbows and balconies. He is not only inspired by landscapes and artists such as Matisse, De Kooning, Mondriaan, Kline and Bruegel, but also by his own previous works. The photos that Van den Broek makes during his many travels - the basis for his paintings - show how people intervene in the landscape, preferably as universally and non-site-specific as possible, nearing the abstract. He also formed a longterm collaboration with the famous American artist John Baldessari. 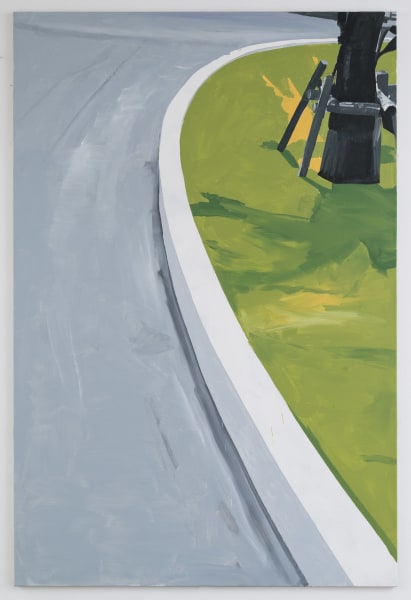 Slewe Gallery features an exhibition by German-American artist Jerry Zeniuk. Colour plays a determining role in his paintings because according to the artist, colours are not only carriers of emotion: the way in which colours relate to each other is also a reflection of social and human relationships. The dots in his paintings enter into a different relationship in each work: some dots are sharp and clear, in other works they appear to be more emotive and intuitive. Beauty, both in a philosophical and visual sense, plays an important role in his practice. In 1975, his work was part of a major exhibition at the Stedelijk Museum in Amsterdam. 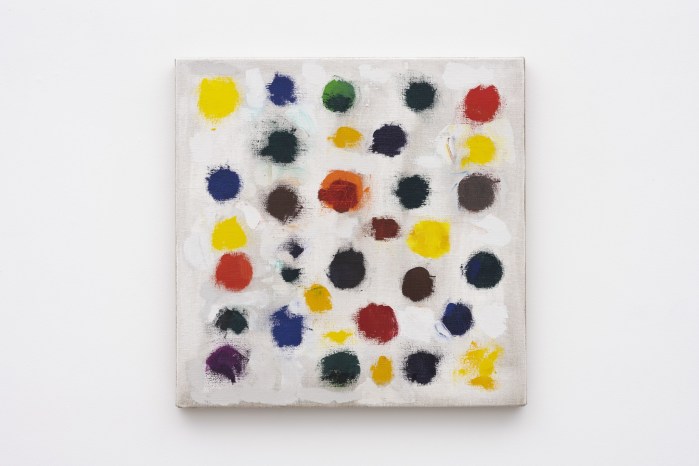 From 15 May, Stigter van Doesburg will be showing the work of Loes Koomen in the exhibition ‘Happy Buildings Sad Trees’. The exhibition is already available online on Gallery Viewer. The gap between the city and the countryside is central to these paintings. Koomen's use of colour is incredibly vivid: she uses only four colours (never black), often in combinations that seem a bit jarring. Her abstract shapes refer to recognisable objects, such as tablecloths in gingham prints, flowers, a garden gate or a tractor wheel. Yet the underlying emotions in her work are not simply cheerful, Koomen also hopes to make the viewer aware of other aspects of the contrast between city and countryside, such as economic disparities.

Loes Koomen, I'm not ready for the countryside (yet), 2020, Stigter Van Doesburg.