Jeffrey Chong Wang: “All the figures that I create on canvas are myself in a way.” 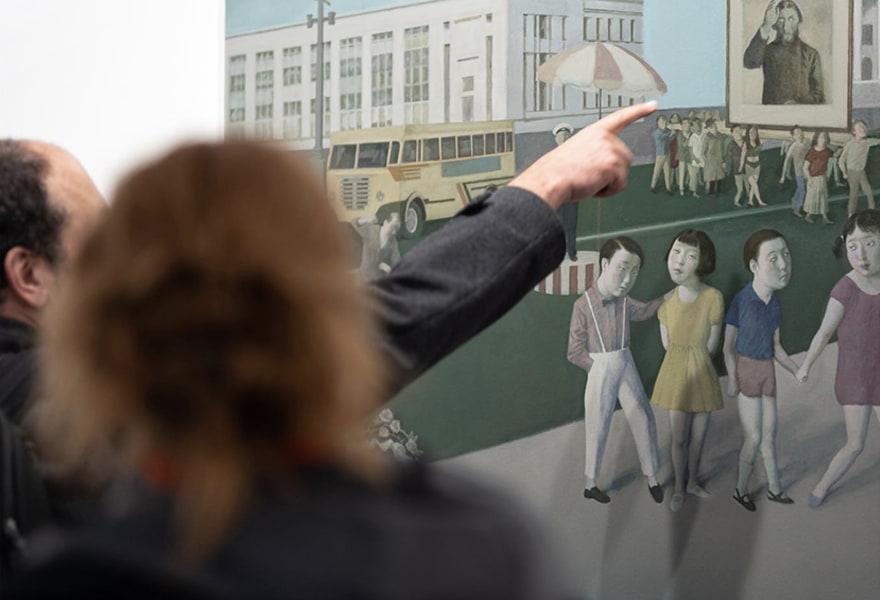 Until 3 December, KochxBos Gallery in Amsterdam is presenting a solo exhibition by Jeffrey Chong Wang. When you look at the enigmatic and occasionally surreal paintings of the Chinese-Canadian artist, it will come as no surprise that he spent a year in Florence during his studies, where he was inspired by the great masters of the Renaissance. But while those paintings mainly focus on white bodies, Chong Wang centers his own family members at different ages, based on his childhood memories in China. At the same time, his works refer to photography, films, literature, communism and popular culture.

Chong Wang: “All the figures that I create on canvas are myself in a way; they reflect my cultural upbringing, personal feelings, and experiences. I think of them as characters in a drama, and the canvas as a stage. My work is a response to the imbalance between my inside feelings and the outside world. I fuse classical concepts and traditional techniques into my work using my own exaggerated figures. These figures reflect the history of western oil painting techniques but also show contemporary themes of eastern culture.” 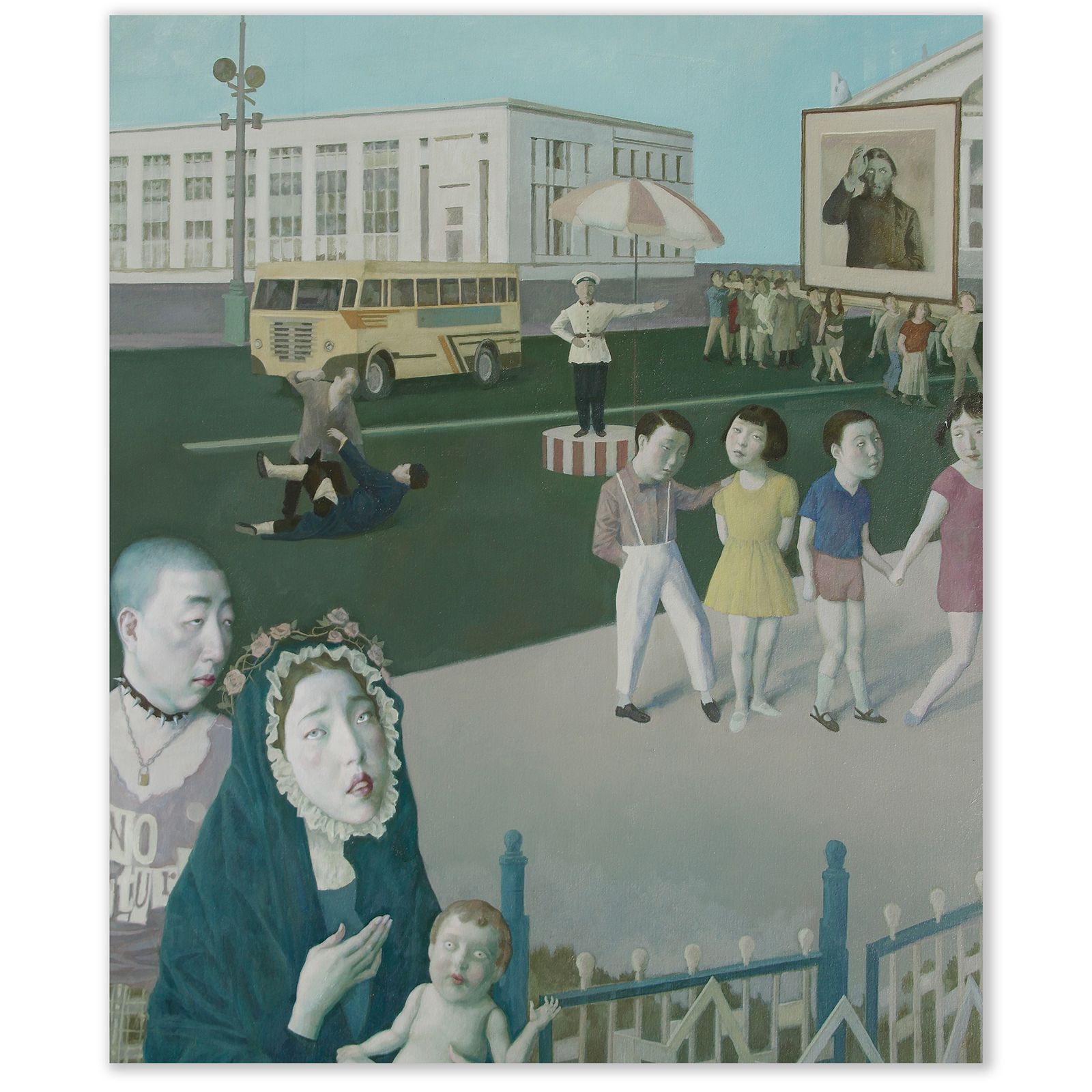 Chong Wang's paintings regularly contain historical and cultural allusions, both Chinese and Western, although they are not always immediately clear. For example, the exhibition in KochxBos shows a painting in which a group of people in the background carries a portrait of Rasputin, almost like a saint in an Italian procession. The people are all modestly dressed, in beige jackets and ankle-length skirts, but one of the porters appears to be wearing a bikini. In the center of the canvas we see characters who seem to come straight out of 1950s white picket fence America. On the left we see two people fighting and in the foreground the archetype of the Madonna, accompanied not only by baby Jesus, but also by a punker with a spiked chain. Visually, Chong Wang's characters also resemble the characters in Grant Wood's American Gothic. At the same time, the works are unmistakably contemporary. 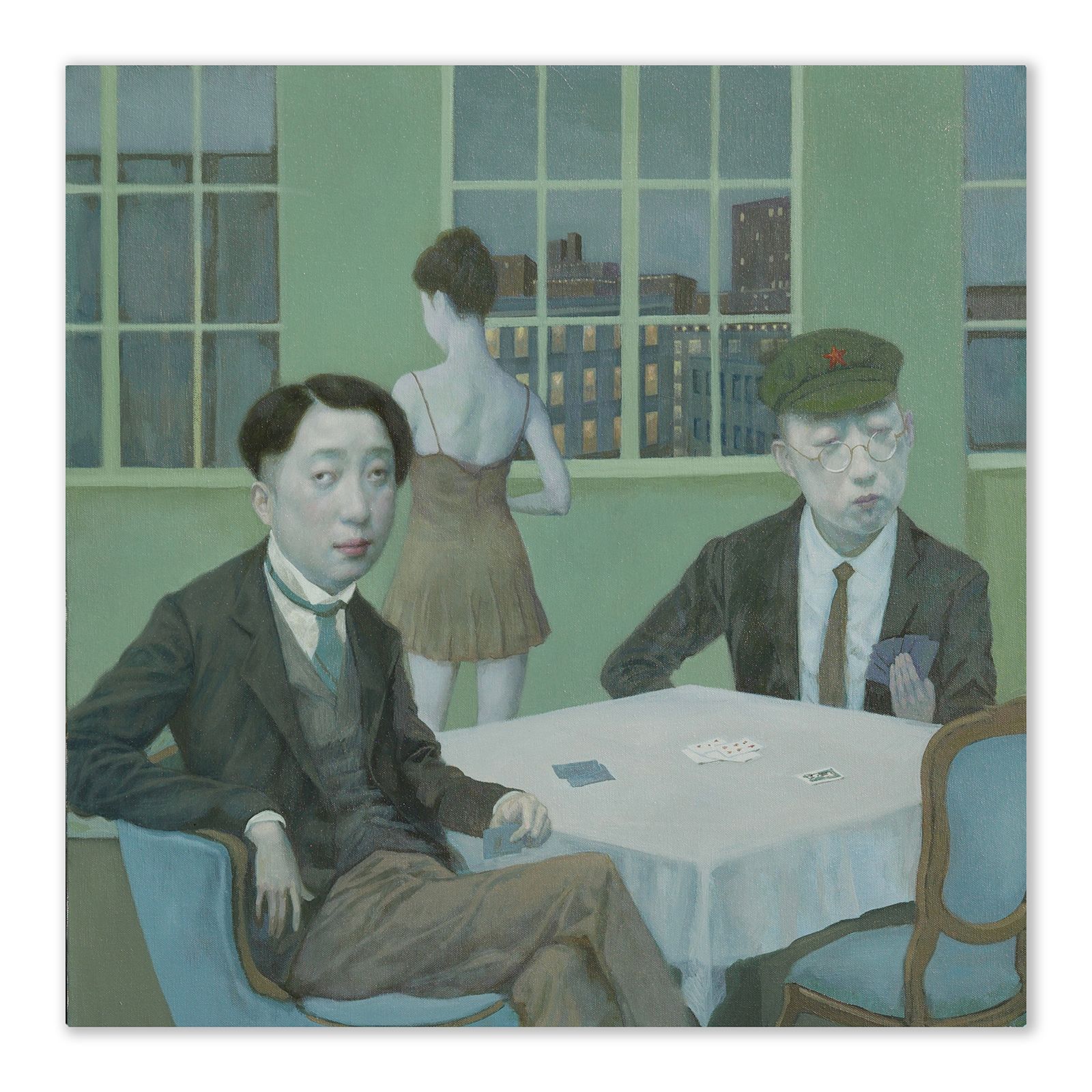 Only a few characters seem to make eye contact with each other, most of the figures seem to be lost in deep thought. The viewer is invited to offer their own interpretations: about the underlying symbolism and about the thoughts of these characters. Chong Wang often exaggerates his characters and many canvases are marked by an eery tension. The artist's use of colour is soft, with many grayish pastel shades.

Chong Wang was born in Beijing in 1979 and moved to Canada in 1999. He studied at the Ontario College of Art and Design, followed by a master's degree at the New York Academy of Art. He also completed a residency program in Normandy. After completing his education, the artist spent more time in Beijing, where he collaborated with other artists. Chong Wang's work has been exhibited worldwide and was collected by, among others, the current king of the United Kingdom. 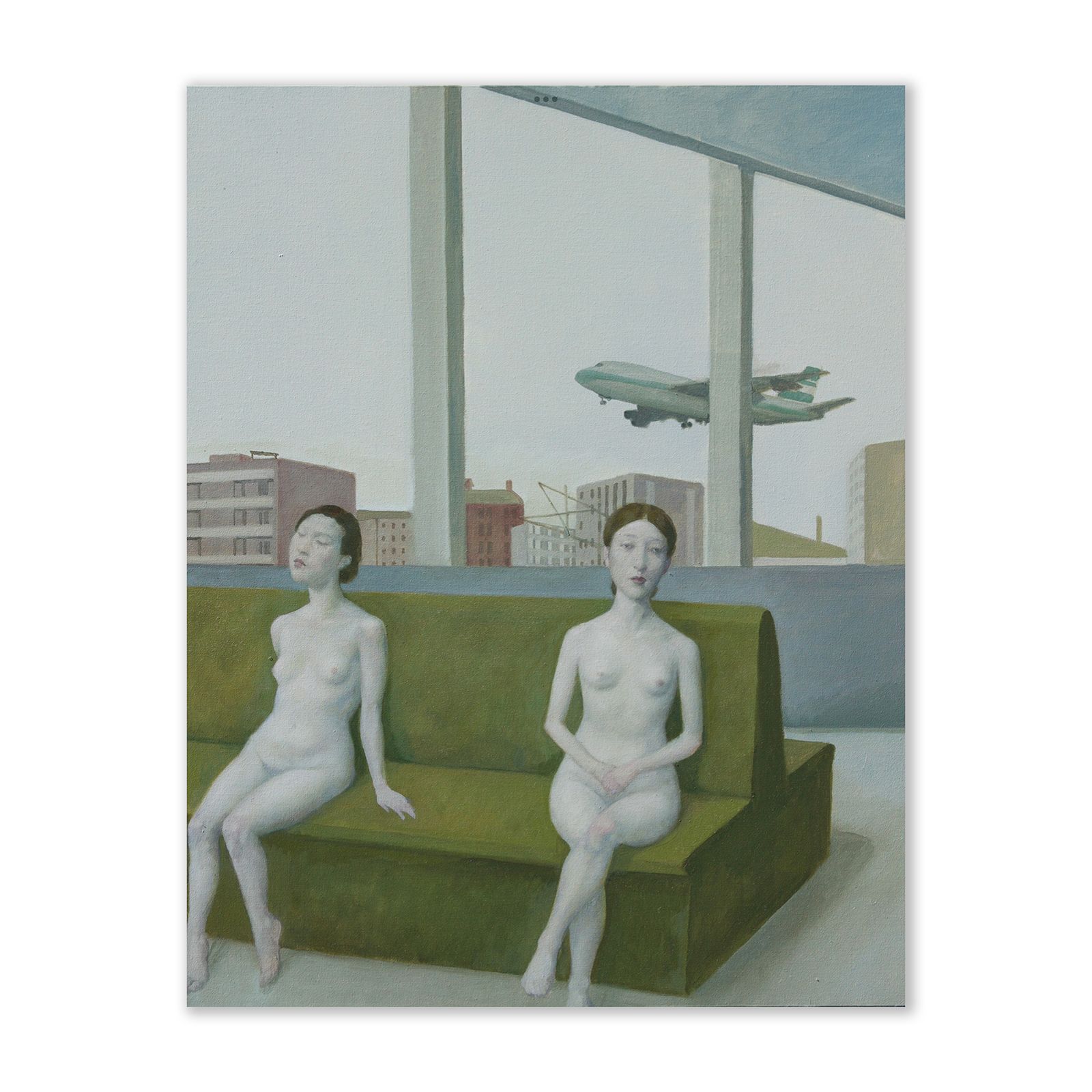 The exhibition ‘Parade’ by Jeffrey Chong Wang will be on show at KochxBos Gallery in Amsterdam until 3 December.