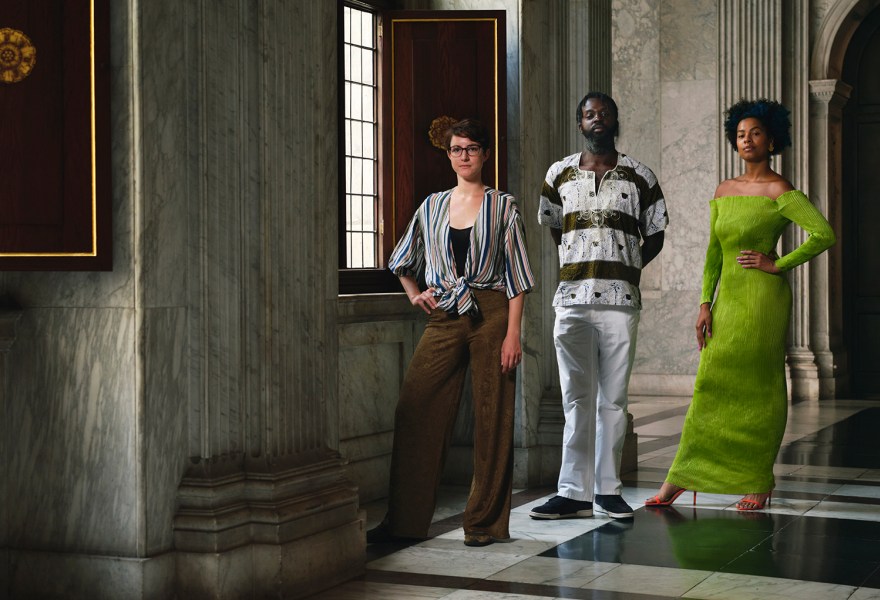 The powerful and almost caricatural portraits by Kenneth Aidoo (1988), Eva Spierenburg’s (1987) puzzling, organically shaped canvases and the sedate yet self-confident portraits by Iriée Zamblé (1995) win this year's Royal Award for Modern Painting. Last Wednesday they received the prize from King Willem-Alexander in the Amsterdam Royal Palace. The winners will each receive an amount of 9,000 euros.

With the choice of Aidoo, Spierenburg and Zamblé, the jury this year primarily opts for ‘personal urgency, a sincere human feeling’ and less for experimentation. The work of the trio focuses on the human body. “In the case of Kenneth, Eva and Iriée, the body itself has become a medium: vulnerable, assertive, and unconstrained”, according to the jury report. This focus on the body is visible in the work of most of the nominees. For example, the majority of the nominees use figuration; only one nominee, Lotte Wieringa, makes abstract work.

The incentive prize for painters up to the age of 35 was established in 1871 by King Willem III. Last year the prize celebrated its 150th anniversary and the organization picked up an exhibition with former winners of the past 30 years, with work by Navid Nuur, Helen Verhoeven, Marc Mulders and Iris Kensmil. The winners of this edition will each receive an amount of 9,000 euros. Aidoo, Spierenburg and Zamblé were among the nominees in previous editions. Their work, together with that of the twelve other nominees, can be seen in the Paleis op de Dam in Amsterdam until 23 October.

Remarkably, the jury report states that there was a fourth candidate for the prize, but because of the nature of his or her work, the award could be read as a statement. That was not what the jury, chaired by Paula van den Bosch, curator of the Bonnefantenmuseum in Maastricht, was after. “The Royal Award had to go to three virtuoso artists who truthfully explore their own position in the world and in art history..” 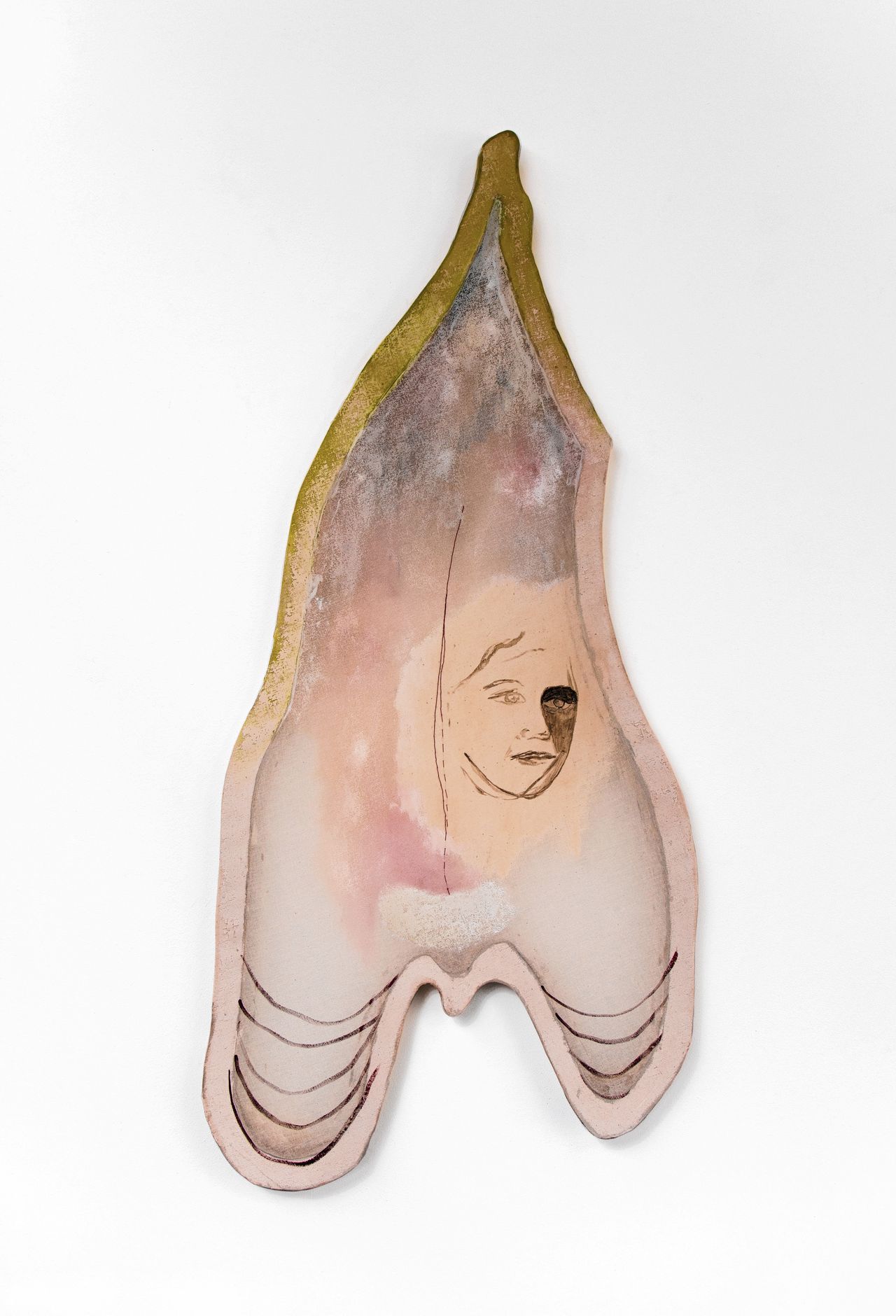 The 'personal urgency' is clearly reflected in Eva Spierenburg's work. She based the shapes of her canvases on observations of her own body. A body that was full of pain and fatigue after the death of her father.

Untitled attempt (to carry) arose from Spierenburg's doubts about motherhood. “The contours follow the rhythm of my breathing as I imagine carrying a life within me. Just like a fertility statue, the body is reduced to belly, hips, and genitals..” 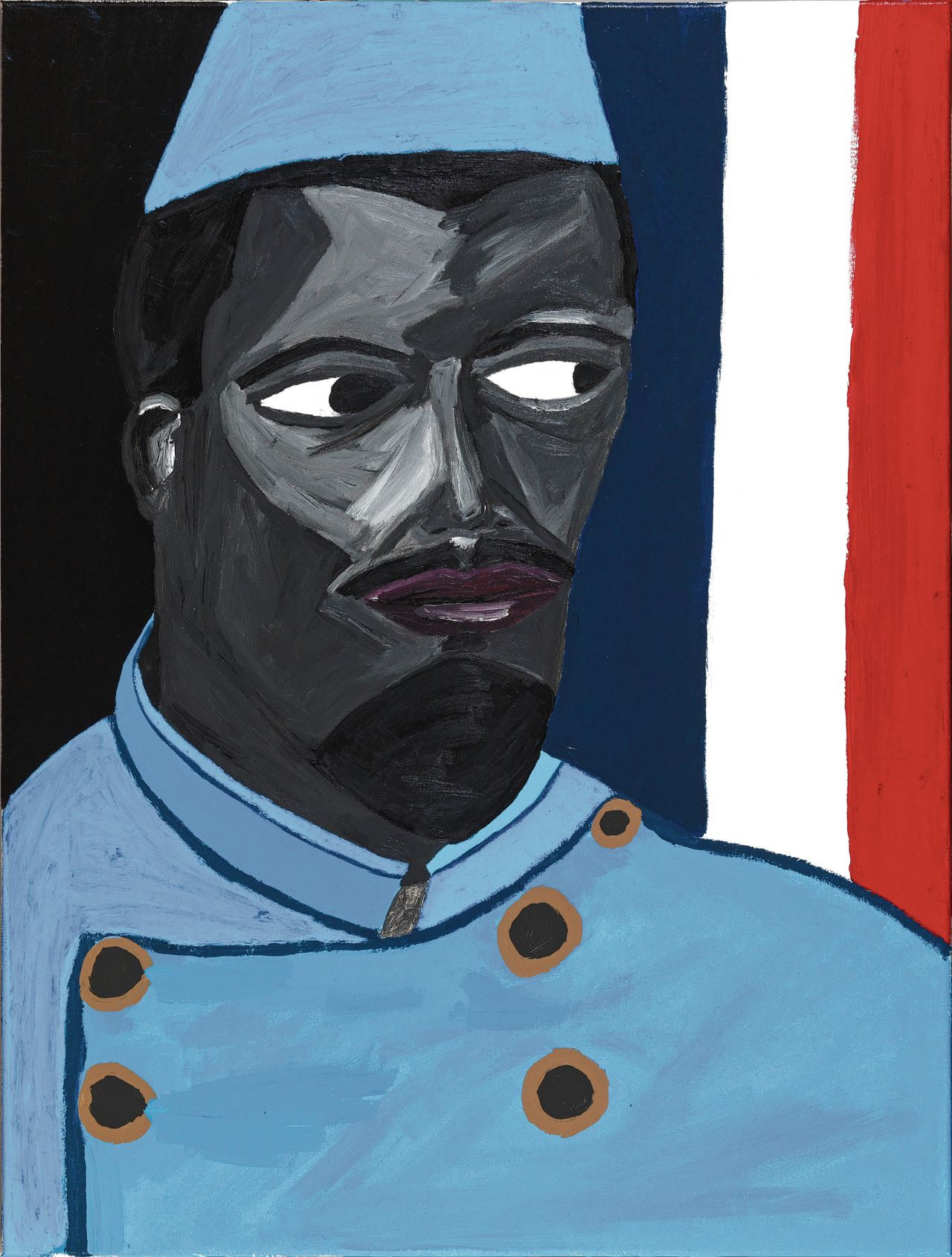 ﻿Kenneth Aidoo, You Took Away My Freedom and Forced Me To Defend That of Your Own, 2022

Kenneth Aidoo is inspired by historical periods in which he investigates the role of black people. The work “You Took Away My Freedom and Forced Me to Defend That of Your Own” tells the forgotten history of the many Senegalese soldiers who were forced to serve in the French army during the First World War through Sar Tinder, an infanterist. Tinder fought for the freedom of the people who had taken everything from him: his freedom, his country and his dignity. Aidoo's functional style and use of colour – such as the beautiful blue of Tinder’s uniform – creates emotion on the canvas that is transmitted to the viewer, so that you feel Tinder’s pain.

“The series is part of the wide-ranging research in my artistic practice, in which I use my imagination to fill in chapters of history that have not been documented or that have been lost,” Aidoo says in the catalogue. 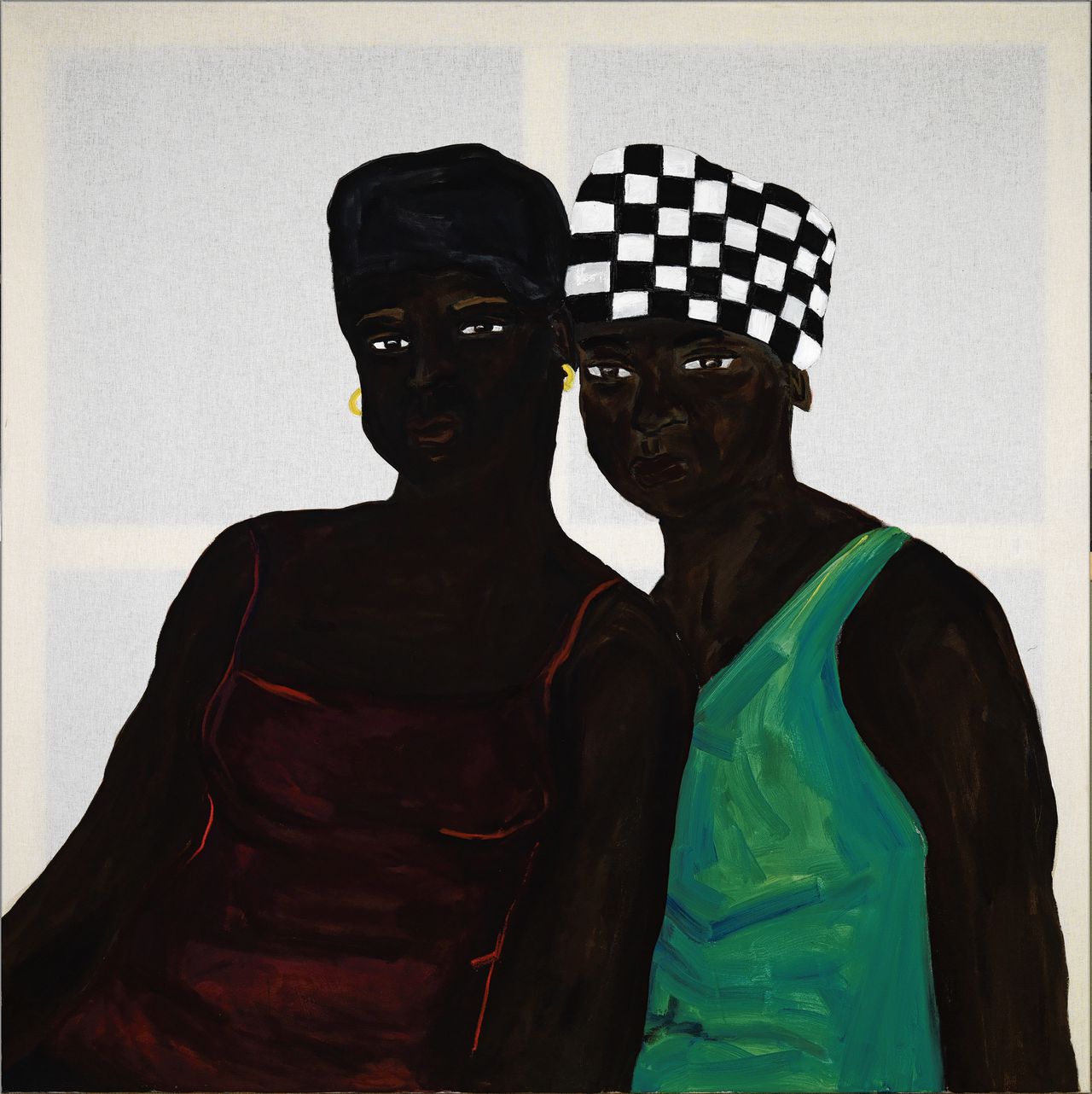 As with Kenneth Aidoo, Iriée Zamblé's work revolves around the representation of black people. "The essence of this triptych is to show a visual representation in which black people can just be, in peace and quiet," Zamblé says in the catalogue of the exhibition. On the enormous canvases, measuring one and a half meters by one and a half meters, the figures look straight at the viewer.

The jury calls the portraits of Zamblé 'magnetic’ - and they are indeed. On the canvases, measuring one and a half metres by one and a half metres, the figures not only look straight at you, because of the otherwise unprocessed white background, you also give them all the attention as a spectator.

The Royal Award for Modern Painting 2022 exhibition can be seen until 23 October in the Royal Palace Amsterdam.
In this article