The mysterious and sculptural installations of Manon van den Eeden 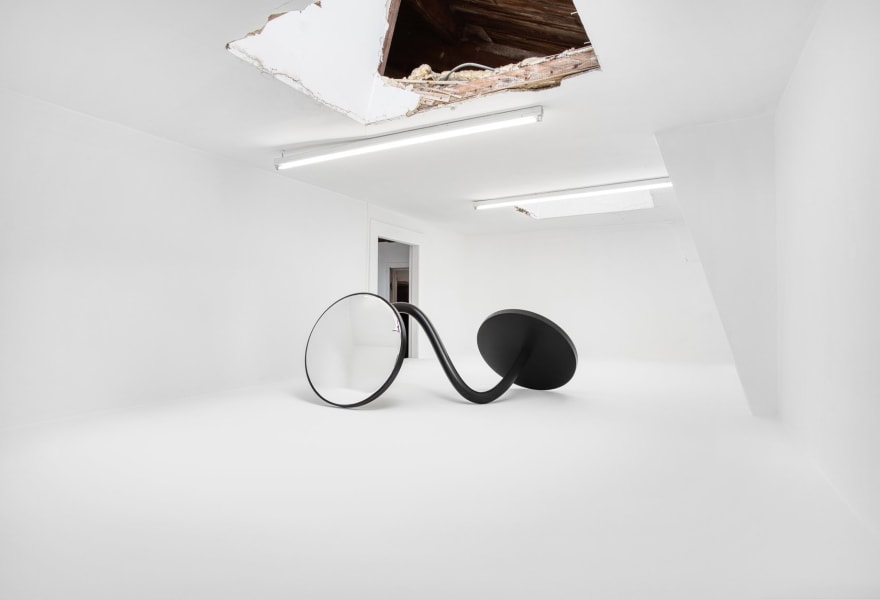 Until 1 October, FRED&FERRY in Antwerp is presenting a solo exhibition by the Belgian artist Manon van den Eeden on their top floor.

Van den Eeden is interested in the multifaceted formality of everyday objects and the way in which we relate to them. In her work, she investigates opposite notions like form and function, reality and fiction, the visible and the invisible. The resulting, mysterious pieces resemble non-functional devices. A heating element that seems to have multiplied and grown into a circle. Non-functional tubes, a reflective device that resembles the mirror that the dentist uses to look into your mouth, but bent and magnified into a gigantic size that requires you to relate to it in a new way, physically. Are these prototypes? Parts of larger objects? As a viewer, you might not even wànt to know the answer, because it almost seems a shame to strip the enigmatic forms of their mystery. 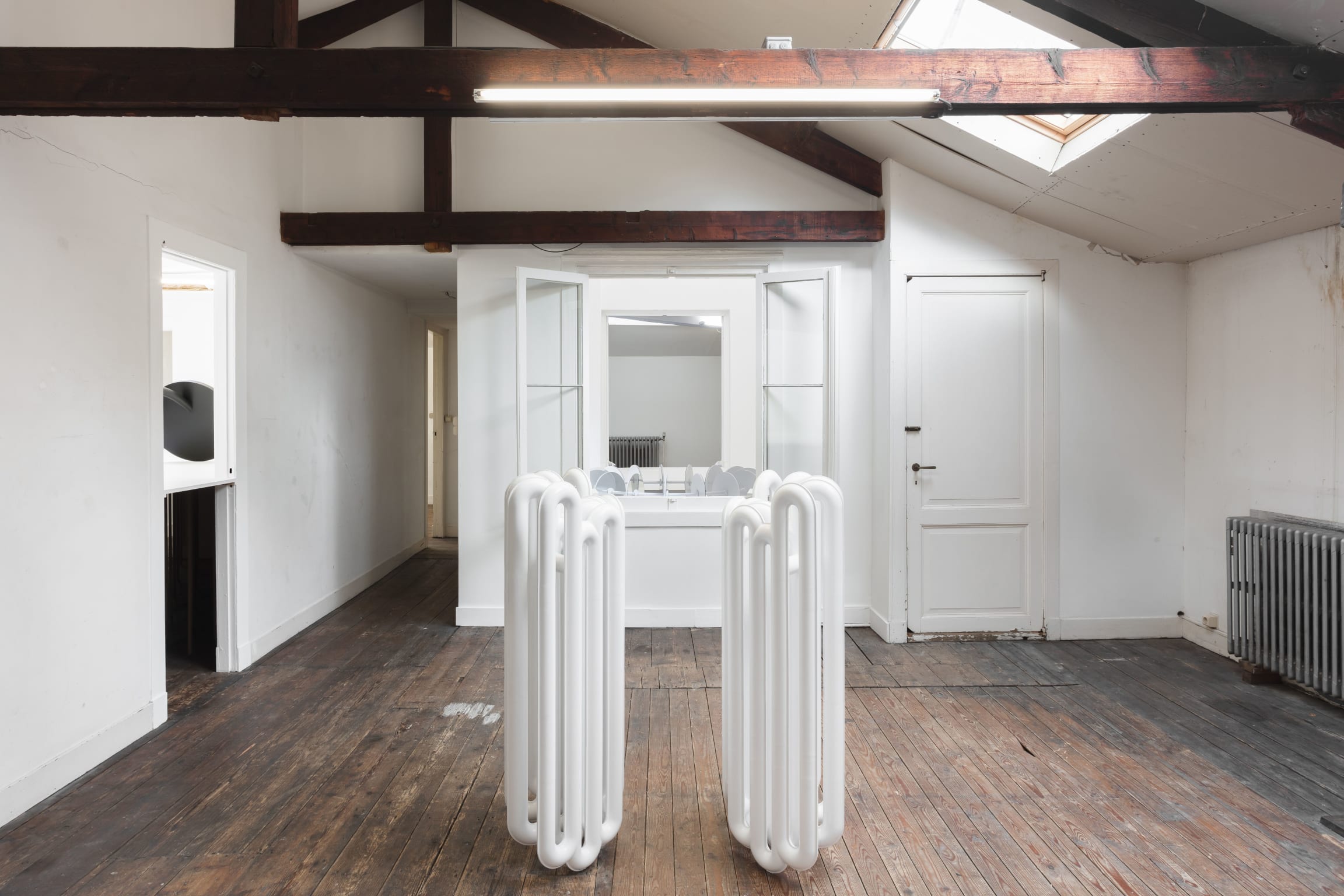 Van den Eeden's sculptural installations are presented at FRED&FERRY in a series of spaces that appear crisp and white, an illusion that is broken here and there by the presence of the original dark wooden floor, with an occasional loose floor board, a hole in a ceiling that exposes a loft and some wooden beams crossing a room. That rough contrast makes the works seem even more out of place.

'Hot Spell', the title of the exhibition, refers to heating and cooling elements, and more specifically to the 1958 film of the same name, in which a housewife tries to keep her dysfunctional family together during a heat wave, while her life quickly disintegrates by elements that she has no control over — like her cheating husband and her children's romantic and business choices. 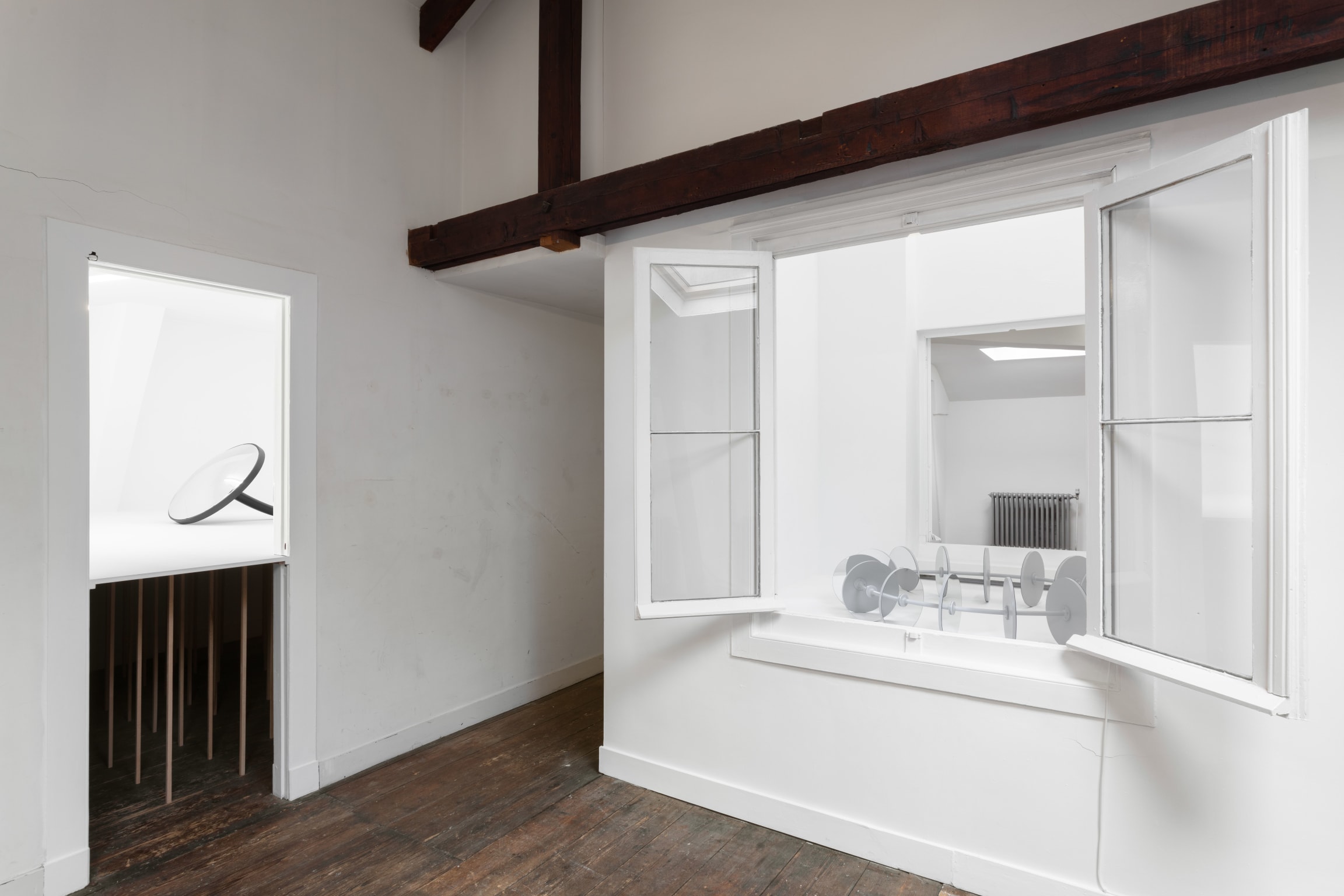 Van den Eeden dissects, manipulates and multiplies existing forms in her visual language, she enlarges them, sometimes in relation to the space in which they are presented, and elevates them to sculptural elements. This process takes place partly digitally and partly manually. In the viewer there is a certain familiar recognition upon seeing the objects, but at the same time, the pieces also create a distance because the whole thing seems equally strange and incorrect. In the midst of an increasingly urgent energy crisis, the works are also — intentionally or unintentionally — provided with an extra layer of context.

Van den Eeden obtained a master's degree in Fine Art from the prestigious Goldsmiths Institute in London in 2020, having previously completed a bachelor's degree at the LUCA School of Arts in Brussels. In addition to the Goldsmiths graduation show, her work was also shown in the 2020 exhibition 'London Grads Now' at Saatchi Gallery.

The exhibition ‘Hot Spell’ by Manon van den Eeden will remain on show in FRED&FERRY in Antwerp until 1 October.

At the same time, work by Antoine Waterkeyn can be seen in the gallery.
In this article