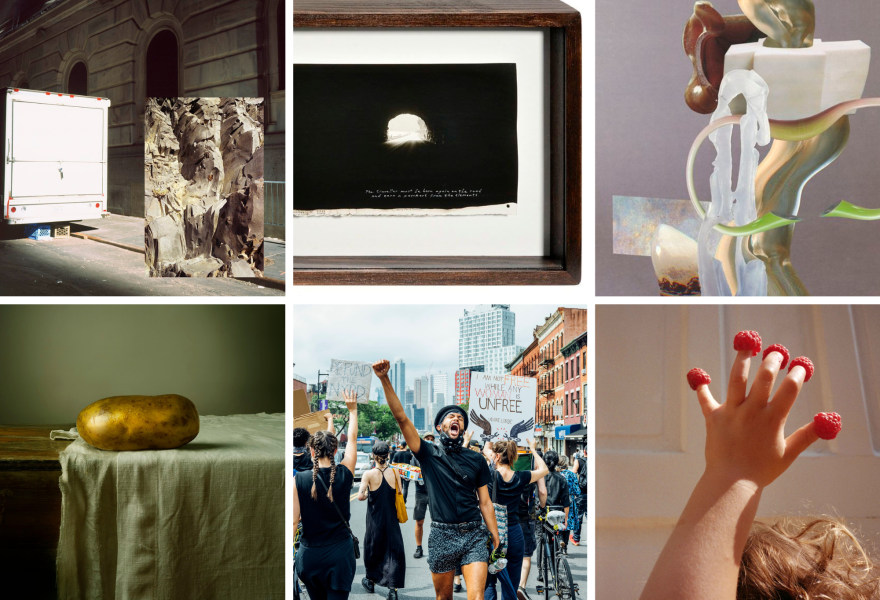 Did you know that for many collectors, Unseen Photo Fair (September 16-18 in the Westergas) is the place where they buy their very first work of art? Many people wrongly assume that collecting art is not affordable, but at this edition of Unseen, you will spot various works for less than 1000 euros, of which a selection is shown here. In addition, buying art is an excellent way to support the art sector: both the artists and the galleries who work tirelessly to fuel the careers of these artists. Here you can view the catalogue with all the works on show. 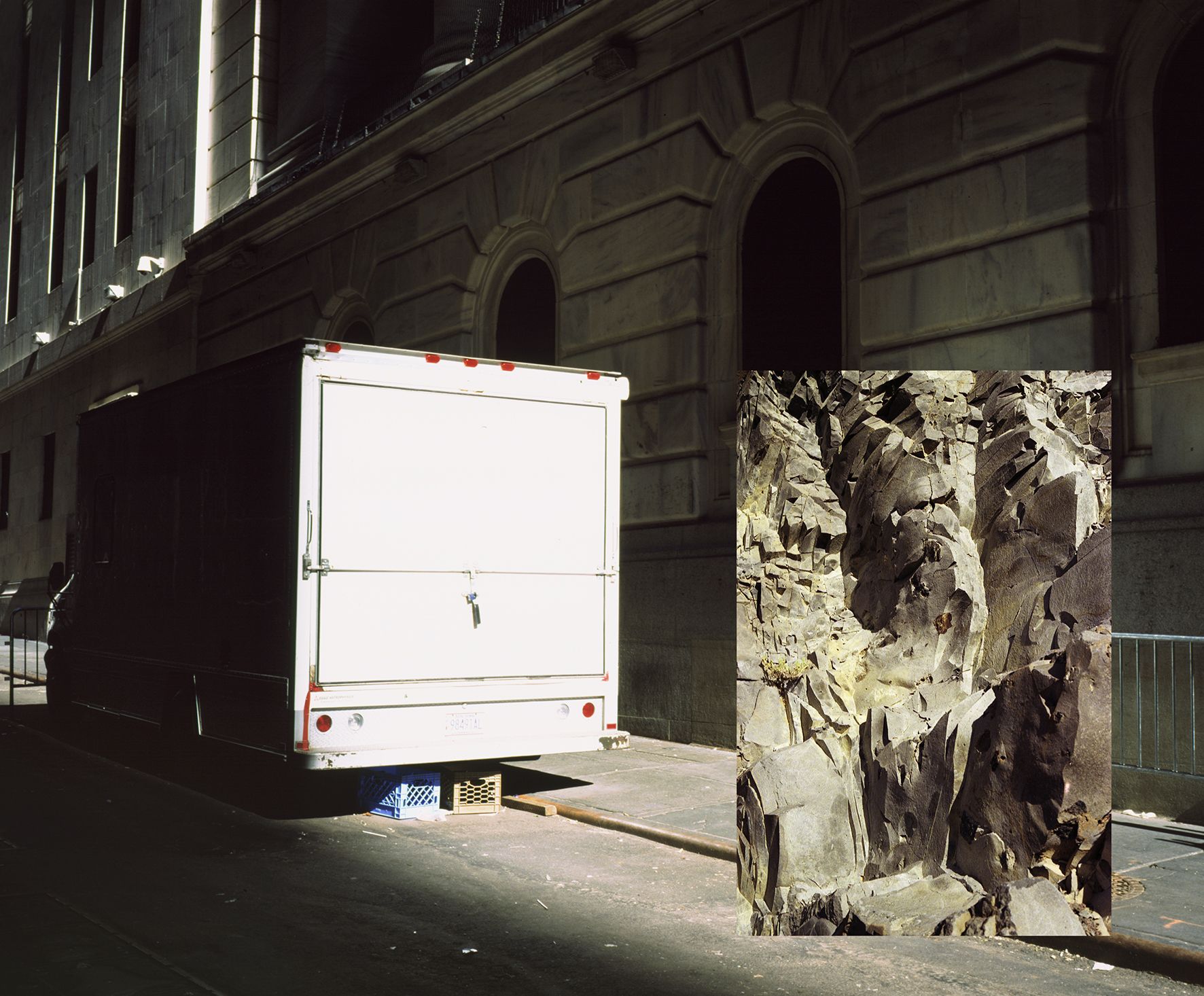 Tamara Lorenz — Sandau & Leo Galerie
In the booth of the Berlin-based Sandau & Leo Galerie, you’ll spot this piece by German artist Tamara Lorenz from the series “Nützliche Fiktionen” (“Useful Fictions”), that she’s been working on since 2020. She draws on terminology from various academic fields (from psychology and sociology to philosophy), as well as contemporary events and their portrayals in the media. Her works combine elements from photography, sculpture and installation and they tend to reflect a certain aspect of our world. For the viewer, there is a lot of room for interpretation. 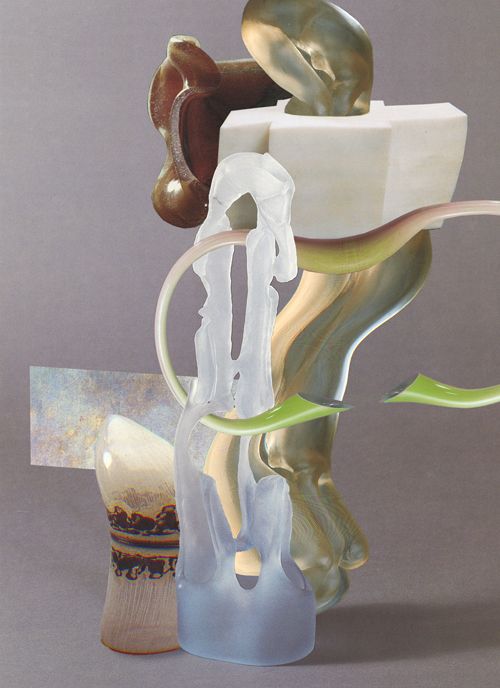 Fenna Schilling — Homecoming Gallery
Homecoming Gallery from Amsterdam will be showing work by the Dutch artist Fenna Schilling, who uses collage to create striking still lifes with contrasting, graphic compositions. In her work, Schilling plays with texture, shape, scale and colour. The artist often uses her extensive archive as source material: since childhood she has been collecting scraps of paper and old art books. In Elle, Schilling says: “I am always looking for images that show remarkable textures, shapes and colours. They form the basis of my collages. After that, I work purely intuitively, without a preconceived plan. Some of my collages therefore arise by chance. For example, I also distort images with the help of my scanner, where it is always a surprise how the shapes come out. That constant experimentation is inextricably linked to the outcome of the work.” 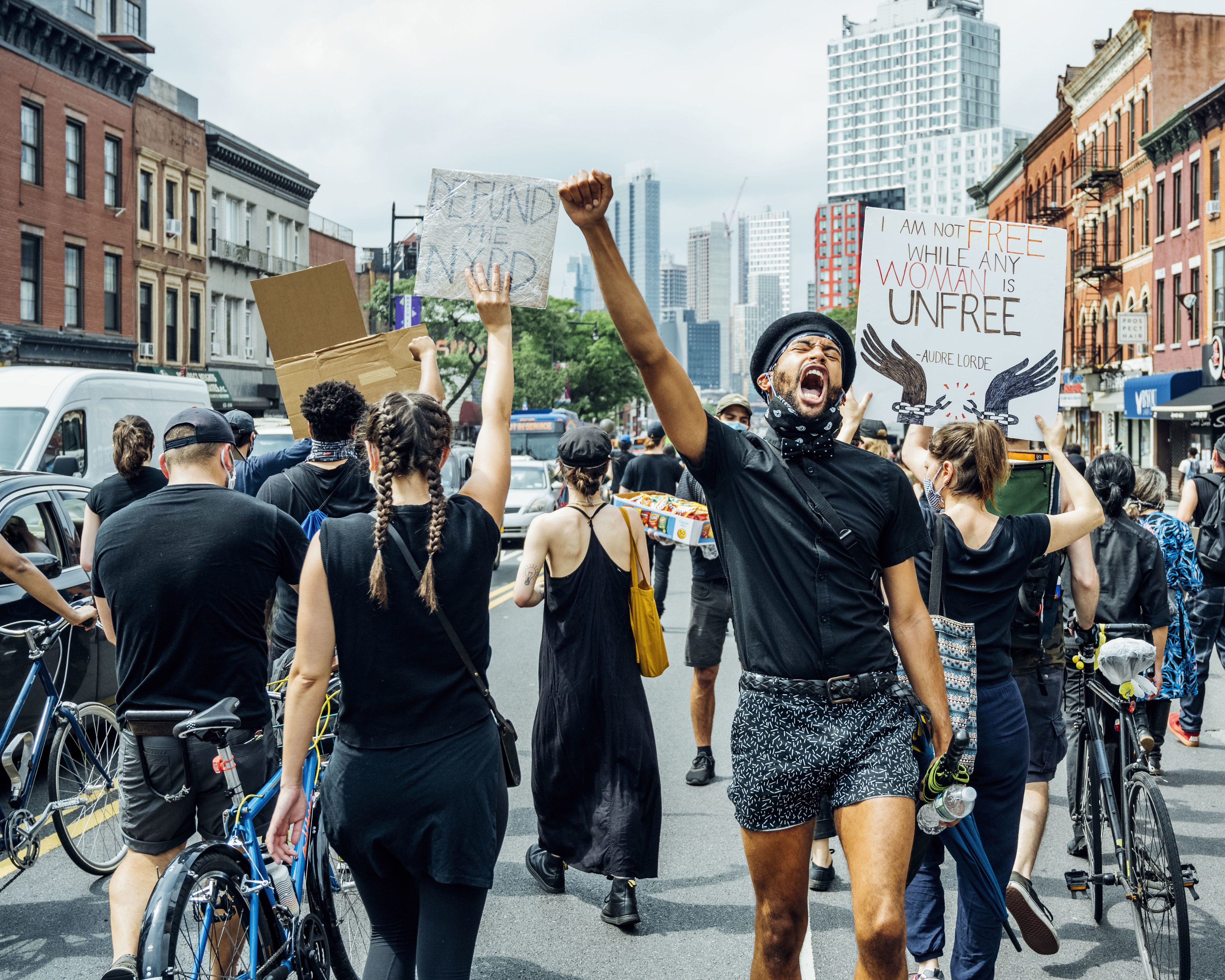 Malike Sidibe — NYC Salt
American artist Malike Sidibe's work will be displayed in the booth of NYC Salt, a New York-based nonprofit that is dedicated to nurturing untapped potential in underserved communities in the city. These are often young people for whom it is initially a lot less obvious that they attend college — especially in the US, where a degree often amounts to a lot of student debt. But after following this inspiring and intensive program, many of them opt for degrees and careers in the creative field. 25-year-old Malike Sidibe moved from West Africa to New York, where he participated in the NYC Salt program. He initially specialised in portraiture and fashion photography, but in 2020 he made an impressive series during the Black Lives Matter protests. These protesters spoke out against police brutality, but often ended up becoming the victims of police brutality themselves. Sidibe's work has appeared in publications including Time Magazine, The New York Times Magazine, Vanity Fair, The Wall Street Journal, The Atlantic and Esquire, and he has collaborated with brands and institutions such as Nike, the Met Museum, Instagram and Nikon. 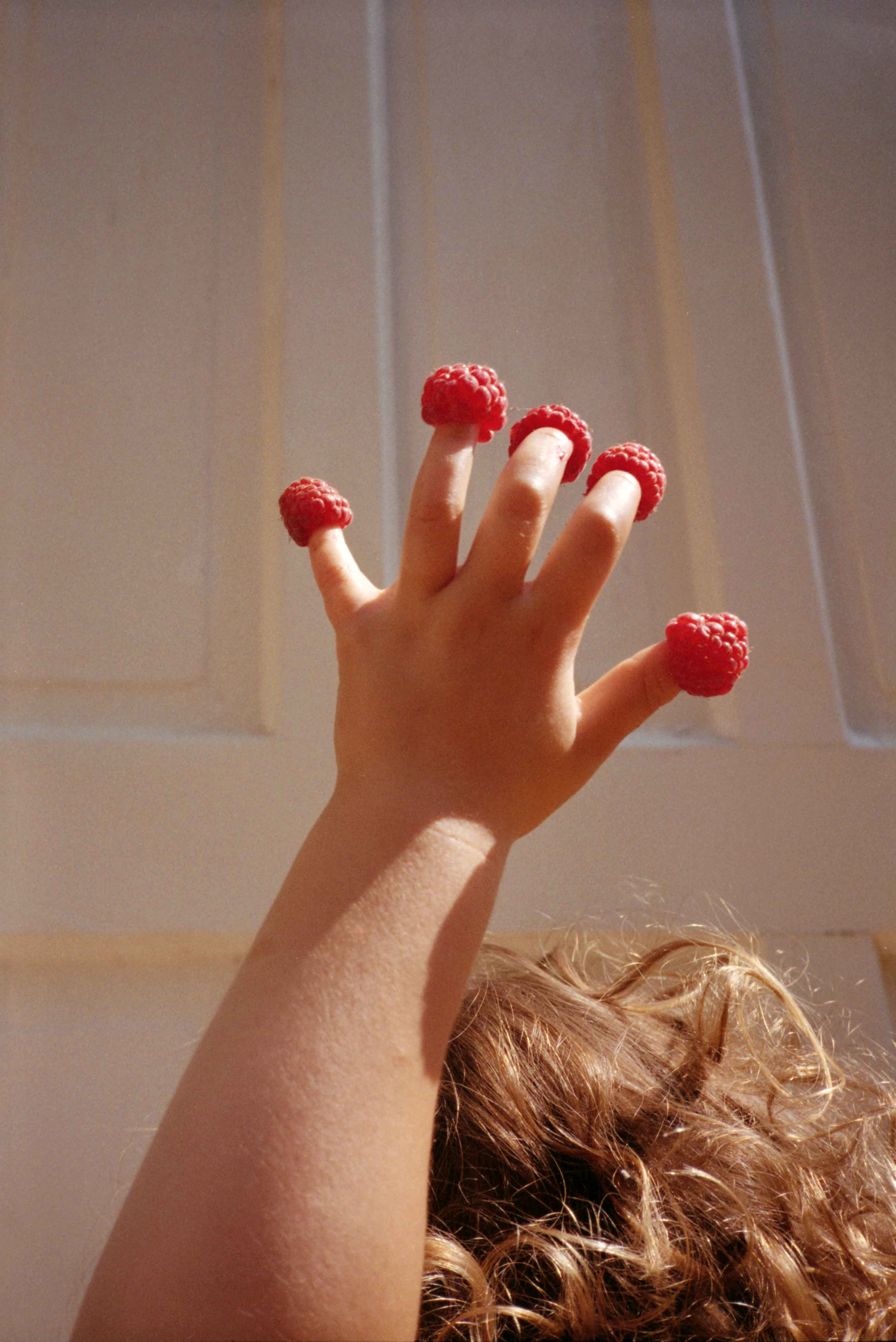 Andi Gáldi Vinkó — Erika Deák Gallery
Durin Unseen, Erika Deák Gallery shows the series "Sorry I Gave Birth I Disappeared But Now I'm Back" by Hungarian photographer Andi Gáldi Vinkó. In this series, she speaks about motherhood in less familiar ways. She doesn’t highlight the idealised joys of motherhood, but rather the true-to-life sacrifices, physical trauma, worries about her career, vulnerability and intense loneliness that she endured during this time — a time that was equally marked by the beauty and life-affirming moments of becoming a mother. Gáldi Vinkó realistically captures the raw chaos, disruption and exhaustion, as well as the close and tender bonds: the contradictions that tend to mark this period. For this series, she photographed various pregnant women and their partners, many of them friends. 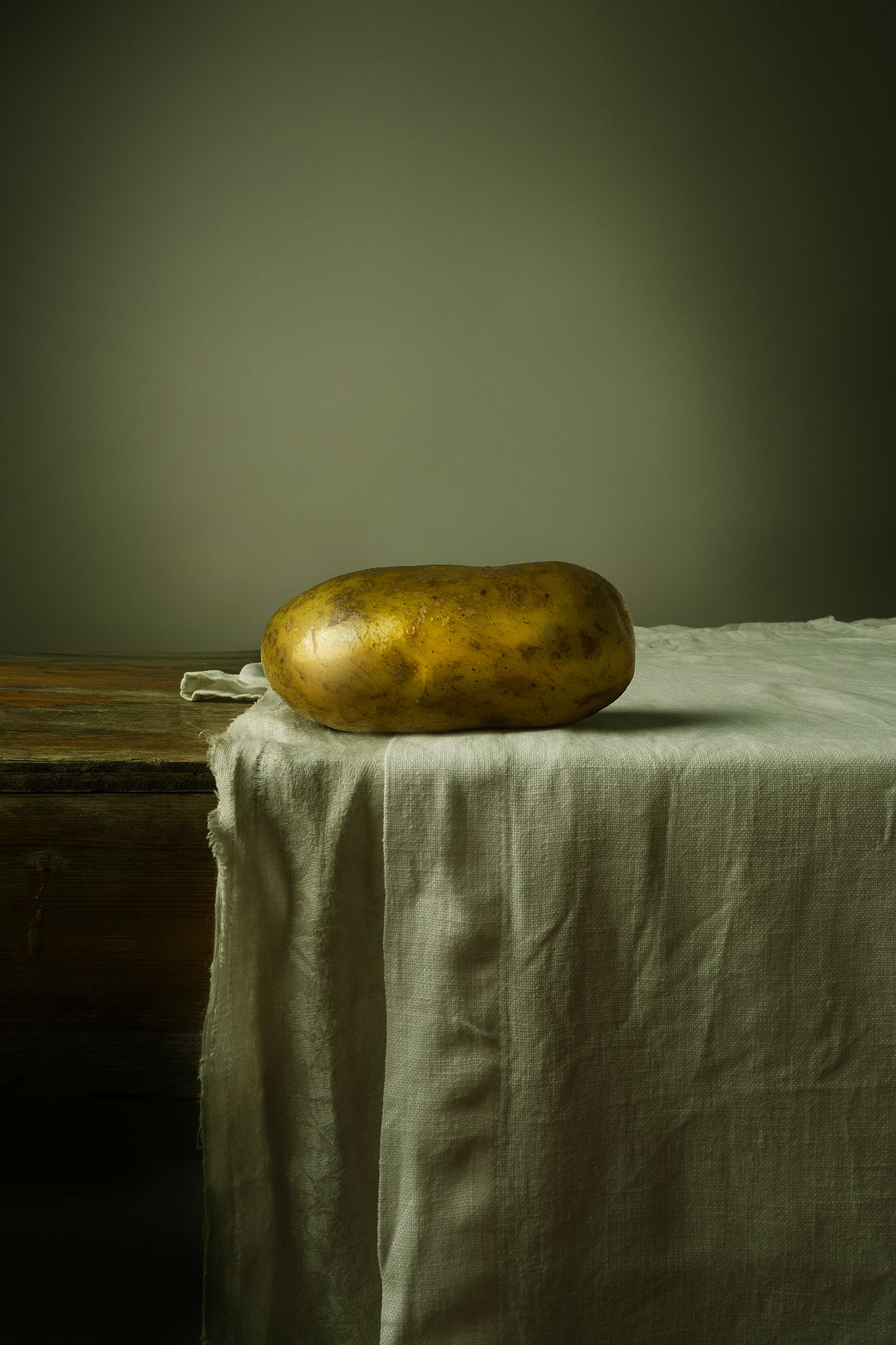 Louise te Poele — O-68
Dutch photographer Louise te Poele, who shows her work in the booth of O-68, is known for her mysterious still lifes. Sometimes unmistakably contemporary, in other cases it seems as if you are looking at a hyper-realistic seventeenth-century still life. Te Poele plays with classical symbols and a powerful interplay between light and dark. Sometimes she creates colours or situations that do not seem possible in reality. Tip: Her still lifes are also on display in Rijksmuseum Muiderslot until 13 November. 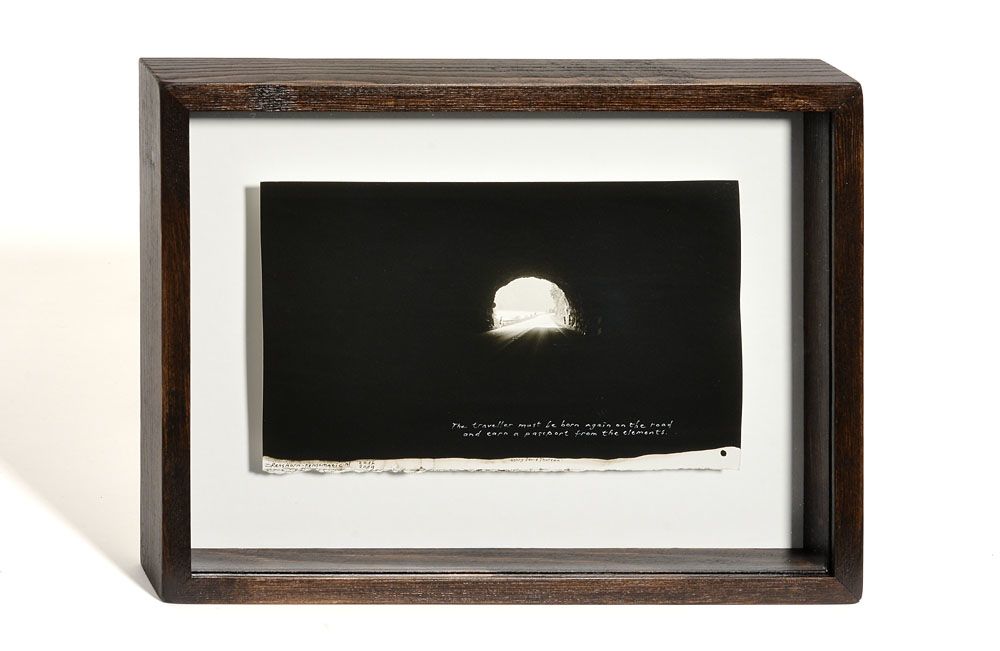 Rens Horn — Albada Jelgersma Gallery
Dutch photographer Rens Horn is known to undertake exciting journeys: he drove his Harley Davidson from Rotterdam to the most northern part of Norway and traveled via the Trans Siberian railway to the capital of Mongolia - smuggling Ural motorcycle parts along the way. He visited the southernmost part of the African continent and climbed the 800 meter high granite wall of the Tsaranoro Massif in Madagascar. He explored the Amazon River from its estuary (at the sea) to its source and even herded sheep in the Andes in the meantime. On his travels, the road serves as a metaphor for freedom and adventure, but also for life itself: from the unexpected events on your path and only being able to see part of the road ahead, to the choices you have to make. Central to his travels is The Book of Disquiet by Fernando Pessoa. Horn always takes the book with him on his travels, which leaves an important mark on his photography. Both in a figurative and a literal sense: Horn provides the photos with pieces of text from this remarkable book. Pessoa's work is famous for being one of the best, but also one of the strangest modernist texts that was ever written. A writer from The Paris Review read the work during lockdown and compared reading the text to taking mind-altering drugs. Horn’s photos are printed on different types of photo paper, materials that are occasionally very old and rare. This variety represents the fragmentary aspect of the book and the photographic process in itself. For the frames, Horn often uses found pieces of wood.

Unseen will take place from 16 until 18 September in the Westergas in Amsterdam.