Something to look forward to: Mark Manders at Zeno X Gallery 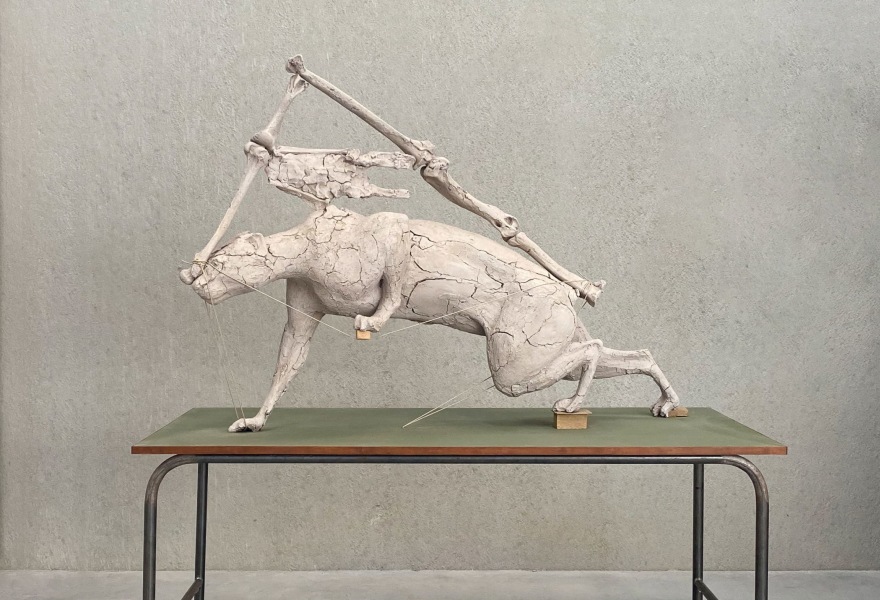 This autumn, Zeno X Gallery will celebrate 28 years of collaboration with Mark Manders. For the occasion, they will present an extensive solo exhibition that will take over the gallery's four spaces. From 2 September, the gallery will be showing a combination of existing and new work by Manders. The exhibition will be accompanied by a special publication that commemorates the collaboration.

Dutch artist Mark Manders originally planned to tell his stories through words and poetry, but he soon found that his message could be better represented through objects. Since 1986, he has been working on what he himself describes as the 'Self-Portrait as a Building', a series in motion in which the artist explores the breadth of the self-portrait, for instance in sculpture, still lifes and architectural plans. In his practice, Manders examines the structure and architecture of stories and their narration, resulting in mysterious tableaux that leave a lot of room for free interpretation. His interest in the architectural is also reflected in the layout of his exhibitions. 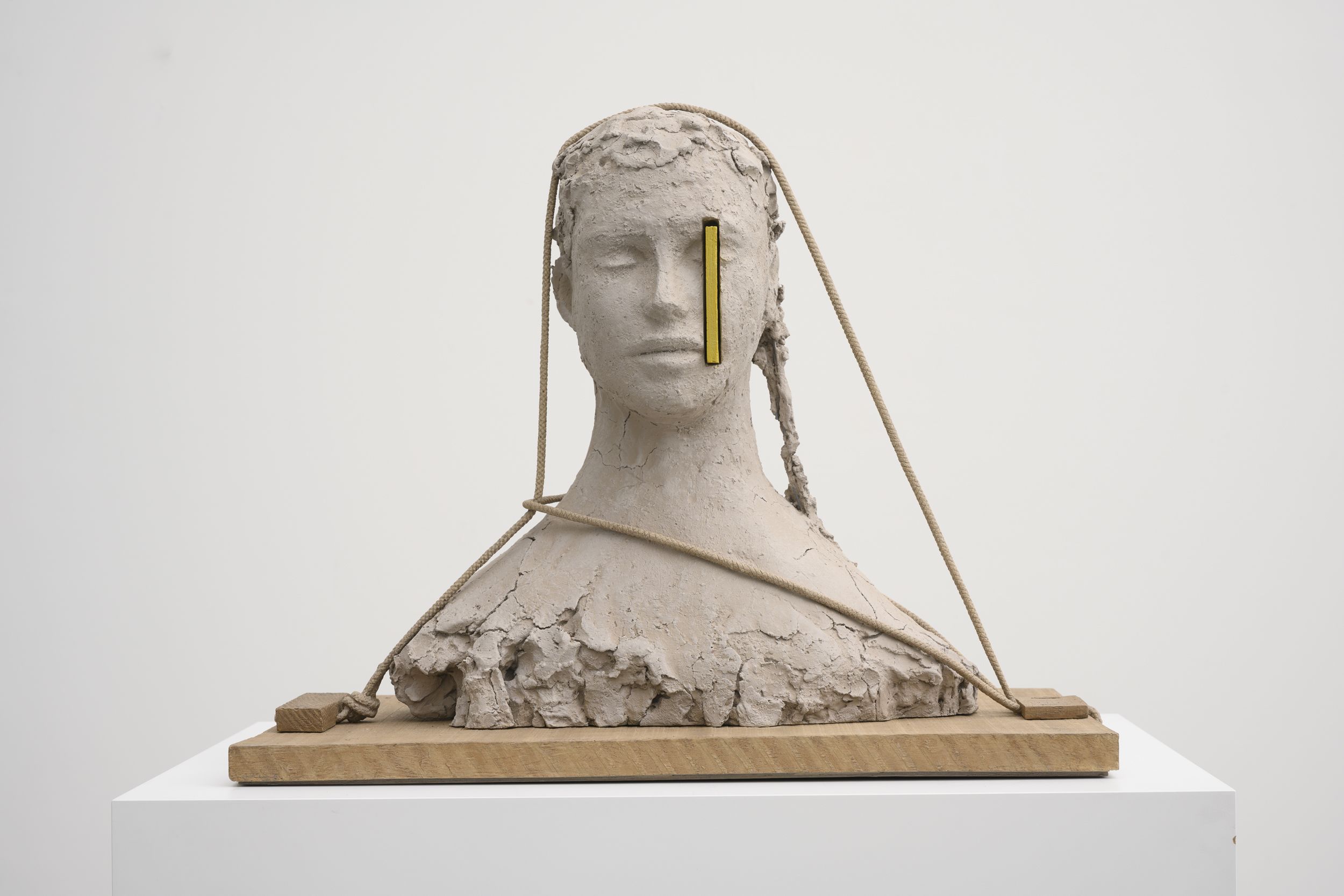 The artist works with a variety of materials: from paper and clay to wood and metal. His (usually) bronze sculptures are generally covered in a crumbly layer of clay and often show androgynous or female faces, as a universal archetype. Manders is fascinated by the beauty of wet clay and looked for a way to freeze that moment, so that it always seems as if the sculptures have just been made and were casually left behind. But looks might be deceiving, because despite of the apparent carelessness, his sculptures are made with the help of a carefully thought-out technical process, rendering his sculptures much less vulnerable than they appear at first glance. Manders oeuvre is not marked by chronology of any kind and, as a result, retains a certain sense of mystery.

Often there is some degree of defragmentation, for example by showing incomplete bodies in combination with wooden planks or steel plates that cut across the face or body. He complements his sculptures with random-looking found materials, from children's toys and light bulbs to furniture and dead animals.

Newspapers also frequently feature in the presentation of his installations and sculptures, but the artist feared that his works would be imbued with a certain context as the result of any specific headline — and that they would therefore be associated with a specific time or place. That is why the artist printed his own newspapers for several years, including the Hypocotyl Raki and the Eucaryote Tarp, an edition of which is also included in the collection of the Stedelijk Museum in Amsterdam. For these newspapers, Manders used random combinations of English words that have no meaning in combination. 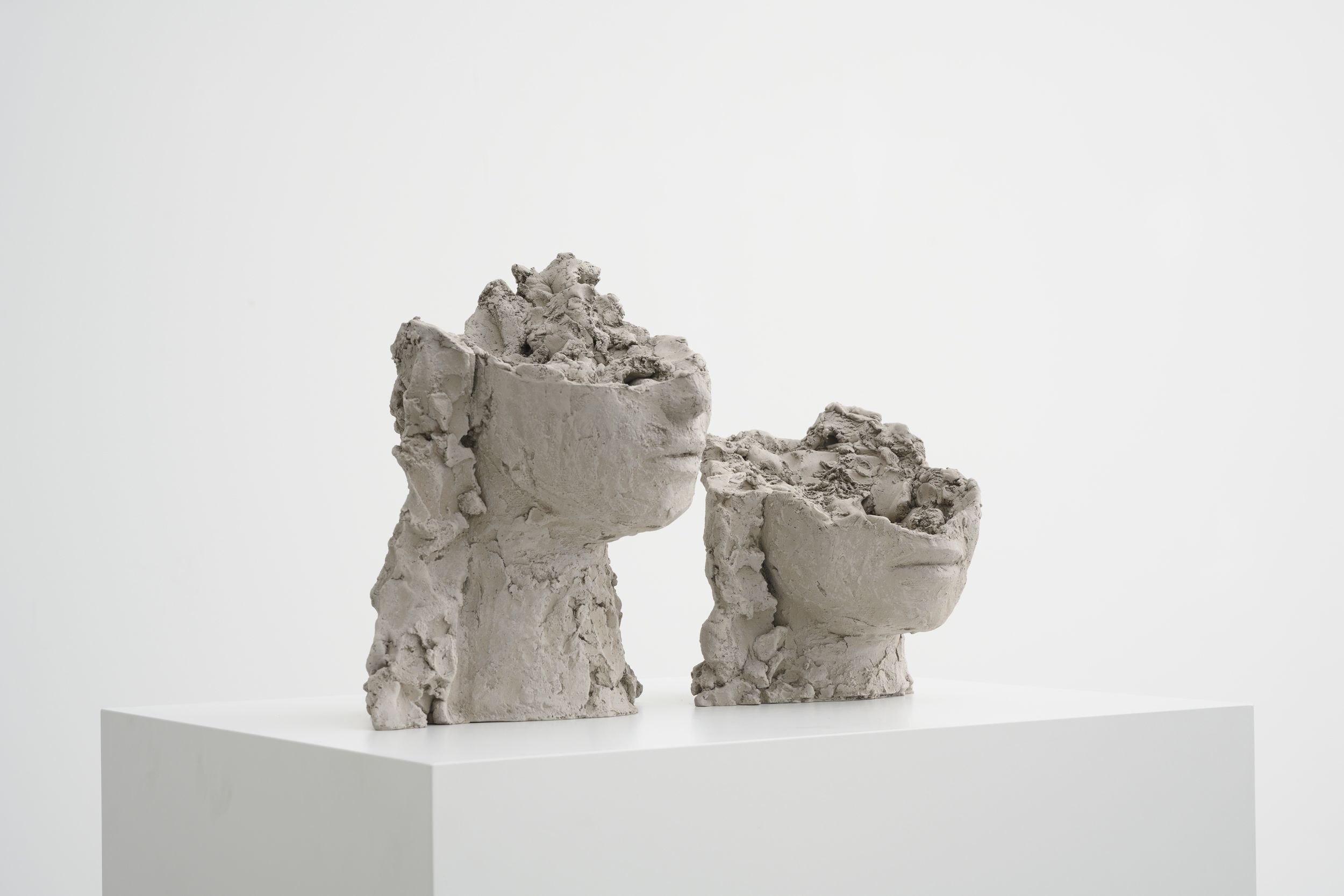 Manders won the prestigious Prix de Rome and represented the Netherlands at the 55th Venice Biennale in 2013. He also showed his work in the Museum of Contemporary Art Tokyo, the Hammer Museum in Los Angeles, the S.M.A.K. in Ghent, the Bonnefanten Museum in Maastricht and during Manifesta (2004). In 2019, one of his sculptures was on display in New York's Central Park. His installations and sculptures have been included in the collections of institutions including Fondation Louis Vuitton in Paris, Moderna Museet in Stockholm, the MoMA and the Guggenheim Museum in New York, the SFMOMA in San Francisco, the Stedelijk Museum in Amsterdam and the M HKA in Antwerp.

The exhibition 'Mark Manders' will be on view from 2 September until 15 October at Zeno X Gallery in Antwerp. During the summer the gallery will be closed.