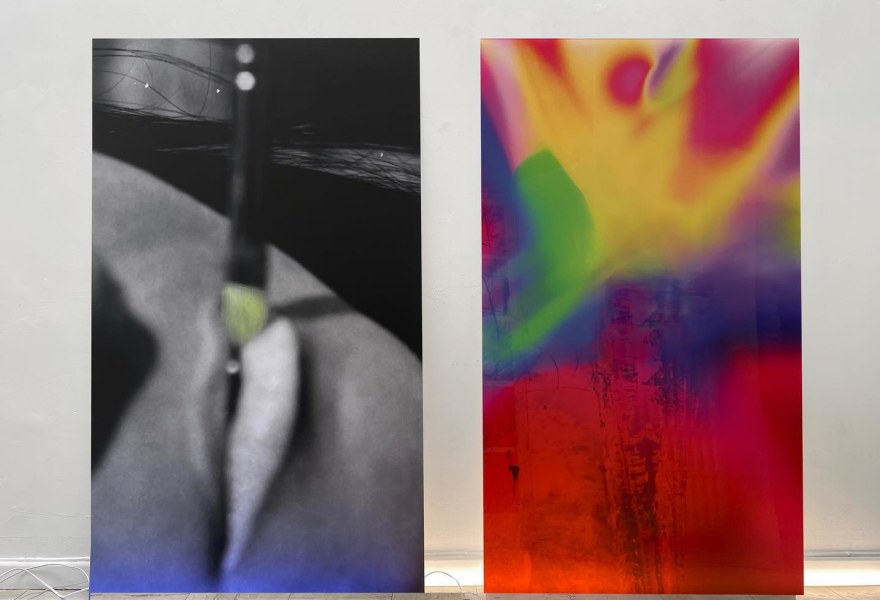 This weekend is your last chance to see a solo exhibition by the multidisciplinary Belgian artist Christine Clinckx at Eva Steynen.Deviation(s) in Antwerp. It includes work from two series: a series of collages based on found footage and a series of analog large-format analog prints that the artist made with an early 20th-century large-format camera obscura, which she developed using a 19th-century collodion process.

For the found footage series, Clinckx uses found landscape photos and family photos, which she subsequently cuts out, manipulates and effectively decontextualizes. By using old images and old techniques, she embraces the small imperfections that come with it. It is almost a metaphor for Clinckx's work: the past always seems to shine through in the present. How do we relate to our personal and collective histories, and what tension exists between memories and history — both of which are less objective than they appear at first glance? 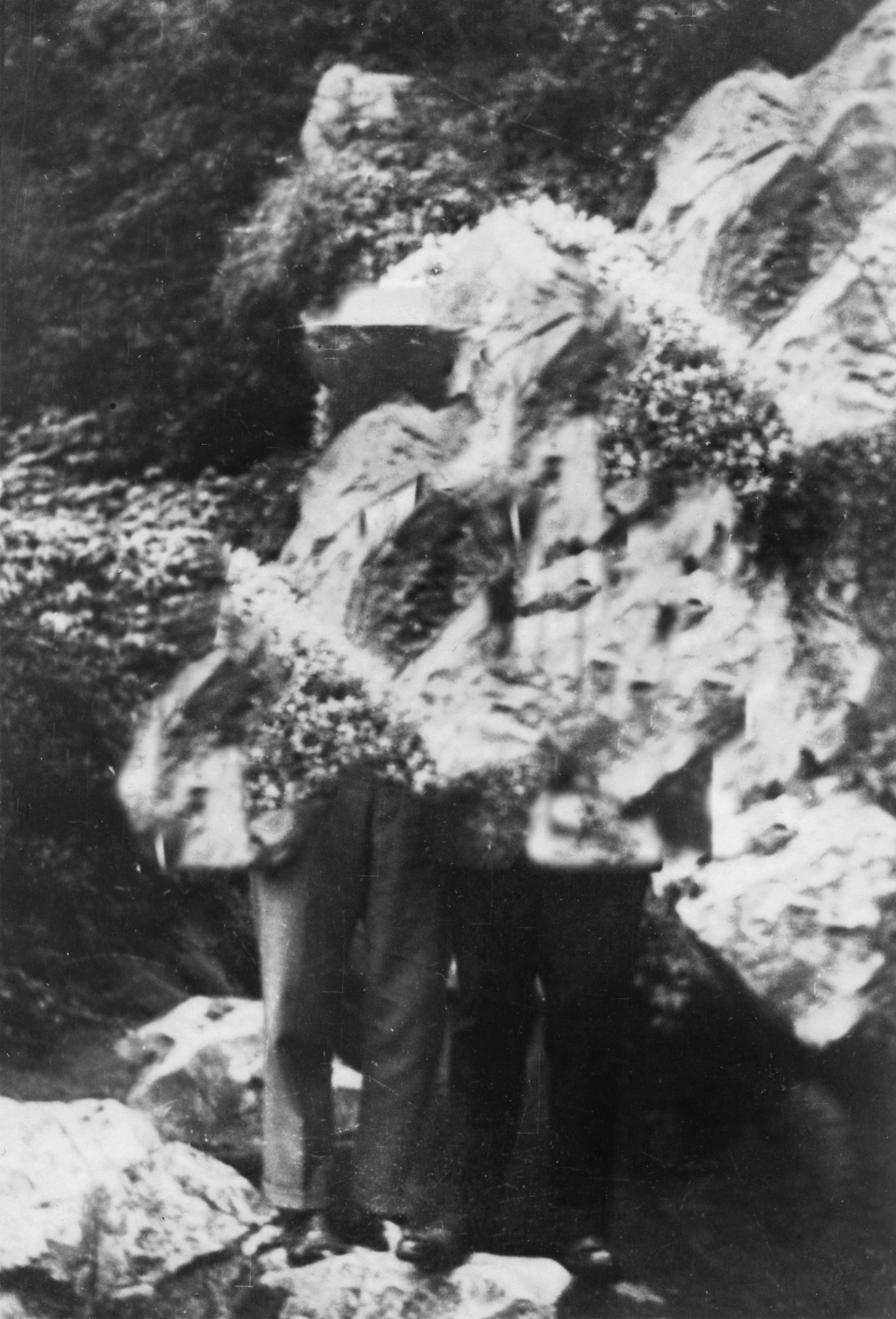 Clinckx's work often has an autobiographical aspect: her family history is regularly woven into her artworks. Her grandmother's war stories in particular left a deep impression on her in her youth. She worked as a hairdresser and for that reason human hair is also a recurring material in Clinckx's practice: sometimes as a metaphorical second skin, sometimes in the form of a hairy soap bar with the title 'I tried to wash him off me' (1996) .

For previous projects, Clinckx used, among other things, half-decayed and moldy negatives that she found in a cellar, anonymous historical sources that were made in the 1940s to the 1970s. For another project, she simulated this effect by exerting influence on the process: in 2000 she buried five hundred color slides with all kinds of family scenes, which she dug up again twenty years later. With the passage of time and natural processes, layers of colour had separated and fungi had taken over the slides. What does time do to visualisations of time? And what influence does nature have on this over a longer period of time? Clinckx then manipulated the images and showed a selection in the photo book 'christine clinckx / 20 years underground / 2000-2020'. Her most recent work was recently published in her book 'LIP DIP PAINTING: Analog Photography 2016-2022', which was published by Eva Steynen.Deviation(s). 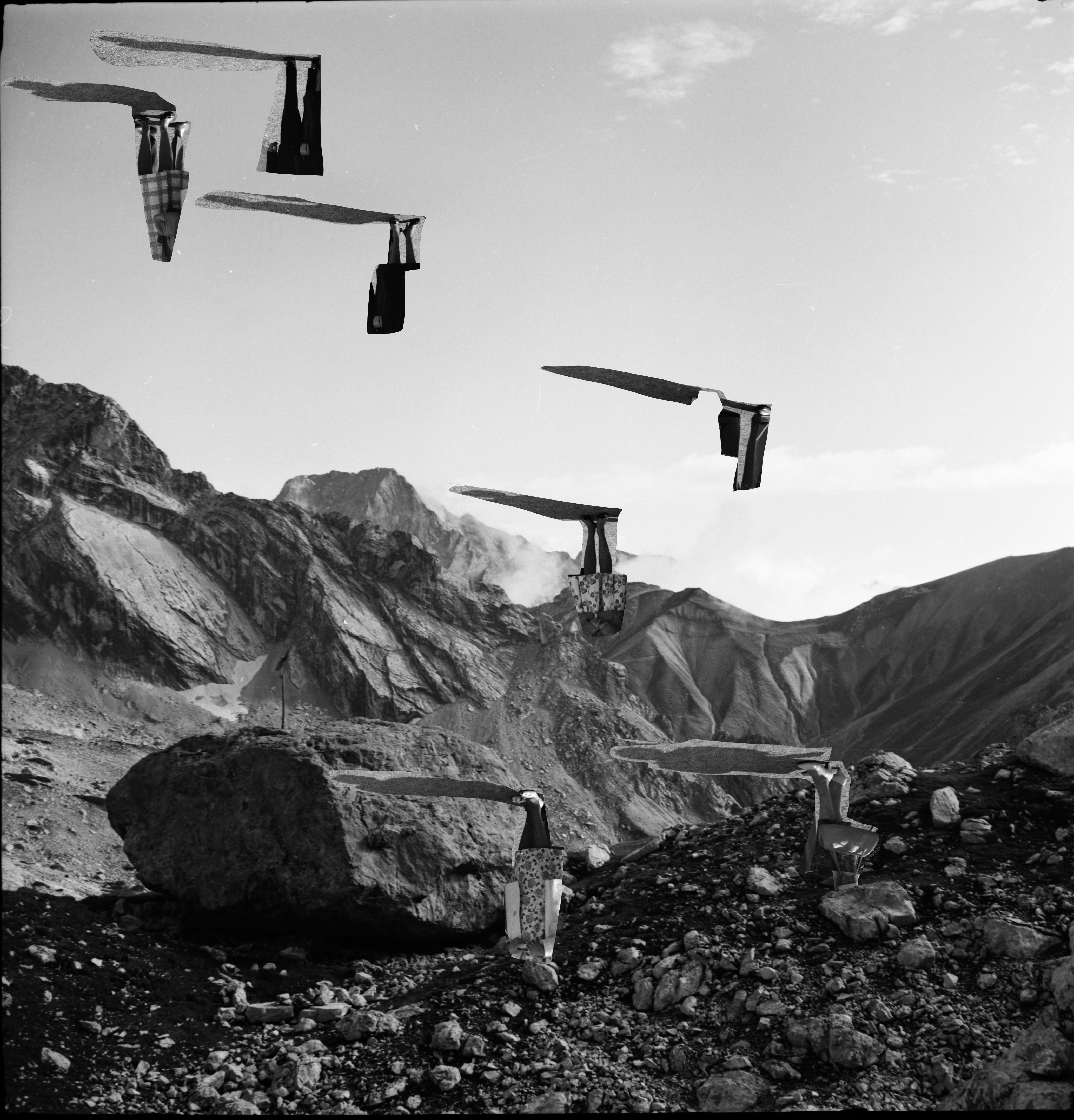 Clinckx studied at the Royal Academy of Fine Arts Antwerp and the HISK (Higher Institute of Fine Arts) in Ghent and completed several residencies in Italy, Belgium, the Netherlands, Iceland and the United States. In addition to photography, she is also known for her installations, media art and performances, which have been shown in the M HKA (Museum of Contemporary Art Antwerp) among others. Her work has been included in the collection of institutes such as the SMAK (City Museum for Contemporary Art) in Ghent. 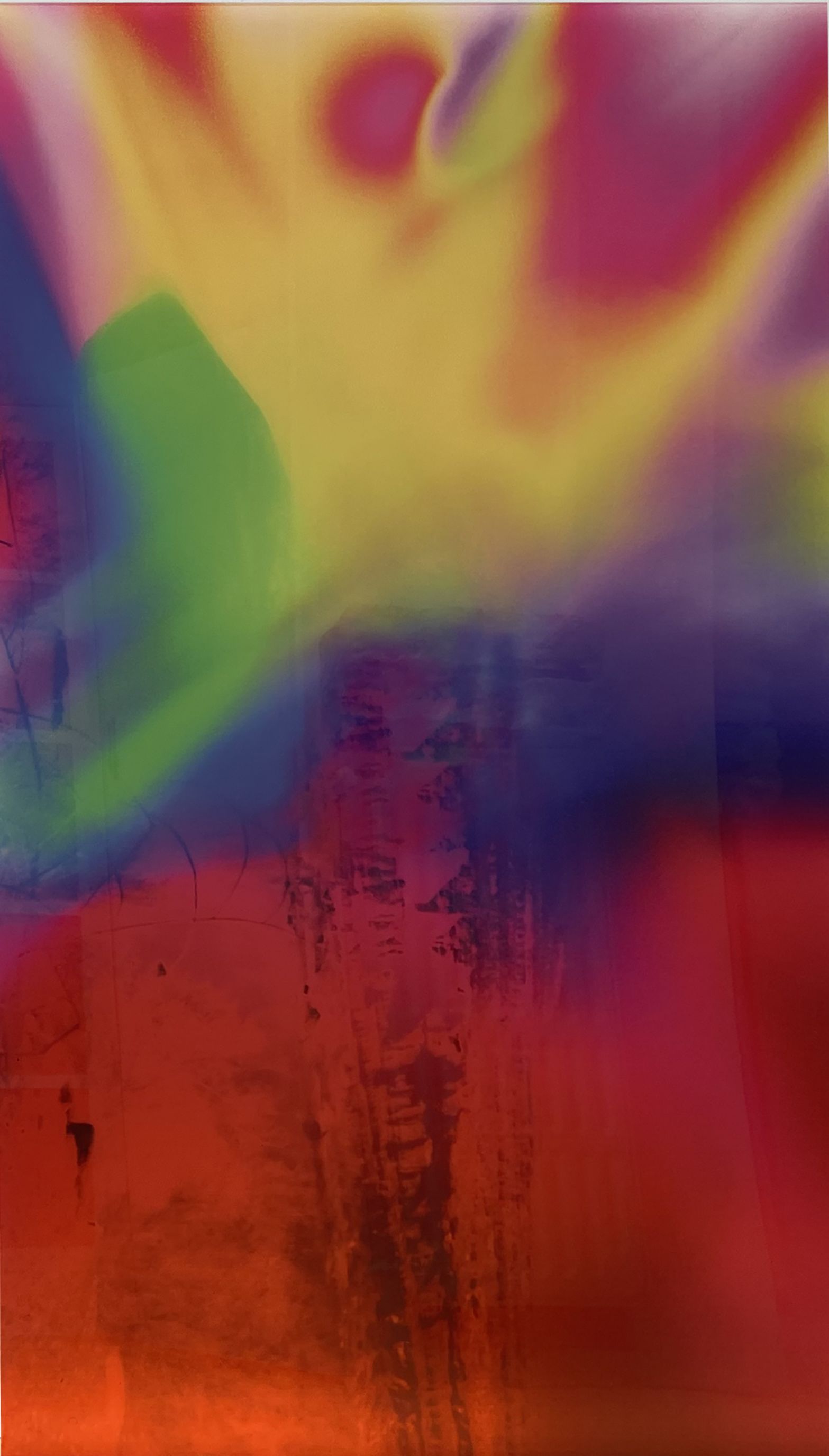 Christine Clinckx, Nuclear waste lansdscape, 2022, Eva Steynen.Deviation(s) (made with a camera obscura on a nuclear waste site in the Nevada (USA) desert).

The exhibition ‘Lover Boy’ by Christine Clinckx will be on show at Eva Steynen.Deviation(s) in Antwerp until 26 June.